An opportunity of a lifetime: Callum at the World Championships 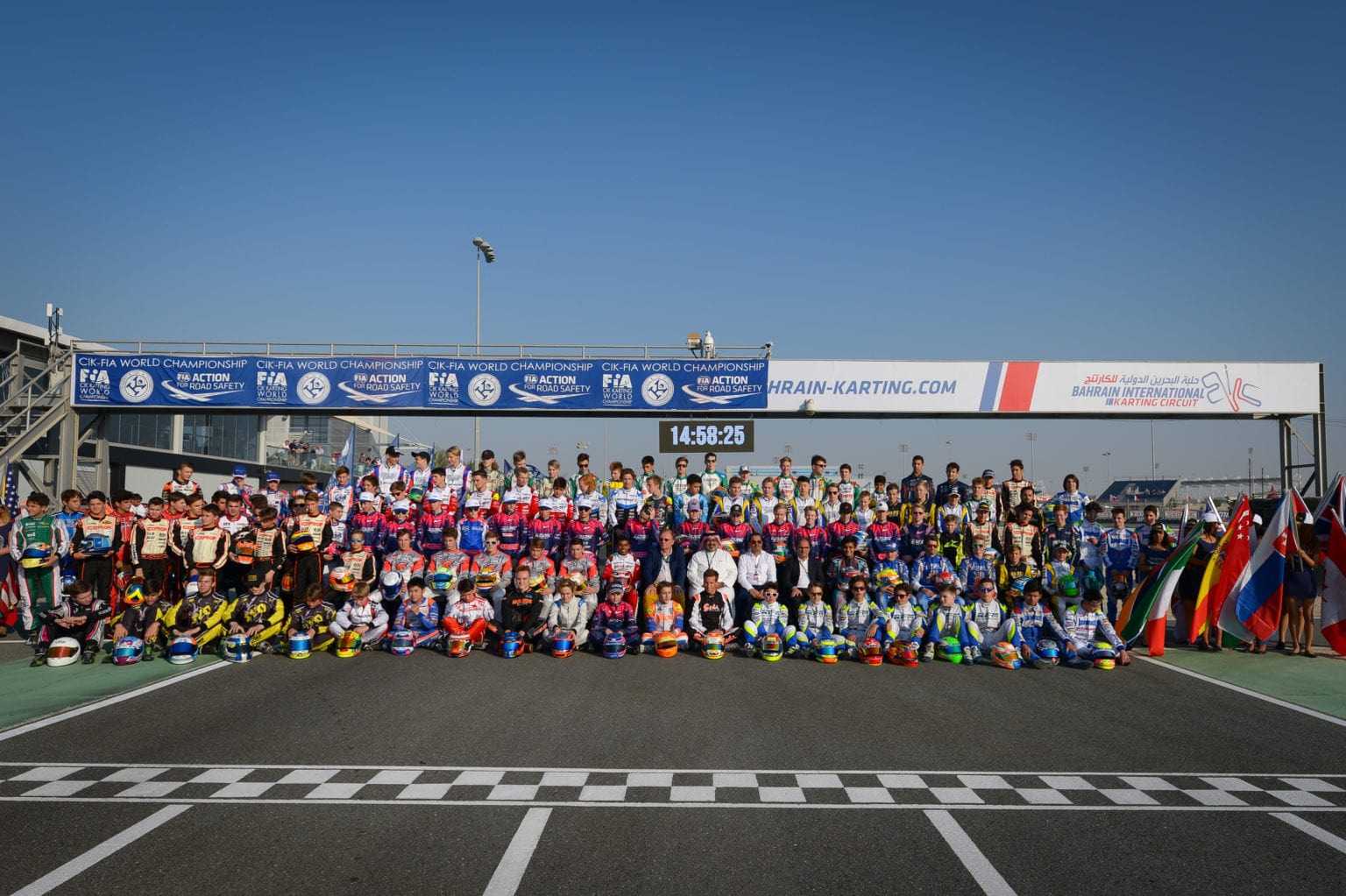 Over the last few weeks we have looked back at Callum’s historic 2016 season which saw him crowned the FIA Karting Academy Trophy Champion. As part of his prize for winning the title Callum was invited to Bahrain to race with the Tony Kart Factory Team in the FIA Karting World Junior Championships.

In Karting this was an opportunity of a lifetime. Tony Kart are the most prestigious team and manufacturer in the sport having worked with the sport’s most successful drivers, including Michael Schumacher. Now a hot prospect after his Academy Trophy win, it was a chance for Callum to have the experience of competing with a factory team at the highest level in the sport.

After being opened in 2011 the Bahrain International Karting Circuit made history in 2013 by becoming the first track to host a World Championship event at night. This would be it’s second appearance on the CIK-FIA calendar with 139 drivers set to travel from across the globe to compete.

Located directly next to the Grand Prix circuit, the track sits at 1.4km in length with 14 turns creating a very fast layout, which becomes in faster with drivers using the Vega XH (Green) slick tyre which provides extremely high grip.

Callum would be one of seven drivers racing with the Tony Kart Racing Team in what was a stellar line up. One of four junior drivers, Callum would race alongside David Vidales, Charles Milesi and Leonardo Marseglia in a grid of 92 drivers!

A duel in the desert

With the grid so large and competitive qualifying was going to be crucial in getting a good result and Callum looked lined up to do just that having gone 5th in the second practice session. With everyone desperate to get up the order in qualifying the majority spent more time looking for other people to follow rather than focusing on getting a lap in.

As Callum went off to put his lap in he had gone quickest through the first two sectors, until catching an almost stationary train of karts at the final corner completely ruining his lap. It would be the only one he’d set leaving him 59th overall. It meant he’d start his heats from 20th place, a result made more frustrating when discovering he was 0.09 seconds faster than the polesitter through sectors one and two.

Now on the back foot, Callum began his fight back in heat one gaining an impressive thirteen places to finish 6th! Callum followed that up with another six place gain in heat two to take 14th. Unfortunately heats three and four did not quite see the same progress, but Callum would end strong with a 12th place in his final heat.

The combined results left Callum 34th overall after the heats meaning he had gained a total of 25 places since qualifying! It gave him a good chance of going through to the final with only seventeen drivers going through from each Pre-Final.

Sitting on the cusp of the drop zone it was key for Callum to make a good start to the race and make places. However, the early laps would see Callum drop back to 18th meaning he would not qualify for the final. But not prepared to give up Callum went on the move in the second half of the race putting in a brilliant performance to climb all the way up to 10th place in just a few laps!

Out of the almost 100 drivers entered into the event Callum had qualified into the final and would start from 20th on the grid. A good achievement given it was Callum’s first race at this level and with the Tony Kart Racing Team.

Unfortunately starting right in the middle of the pack with everyone desperate to make places Callum would get caught up in a chaotic first lap in the final which would take several prisoners. It would see Callum having to pull into the pits at the end of the opening lap to retire the kart, a real shame after all the hard work he had put in to get there.

It was a shame Callum wasn’t given the chance to show what he could do in the final as a top ten finish was very much on the cards.

Callum’s performance at the World Championships was enough to impress the Tony Kart Racing Team and more as just weeks after he signed to the CRG Factory Team to compete in the OK class. Having just been crowned World Champions, Callum couldn’t have been going to a better place!