Bradshaw charges to 2nd at UKC second round 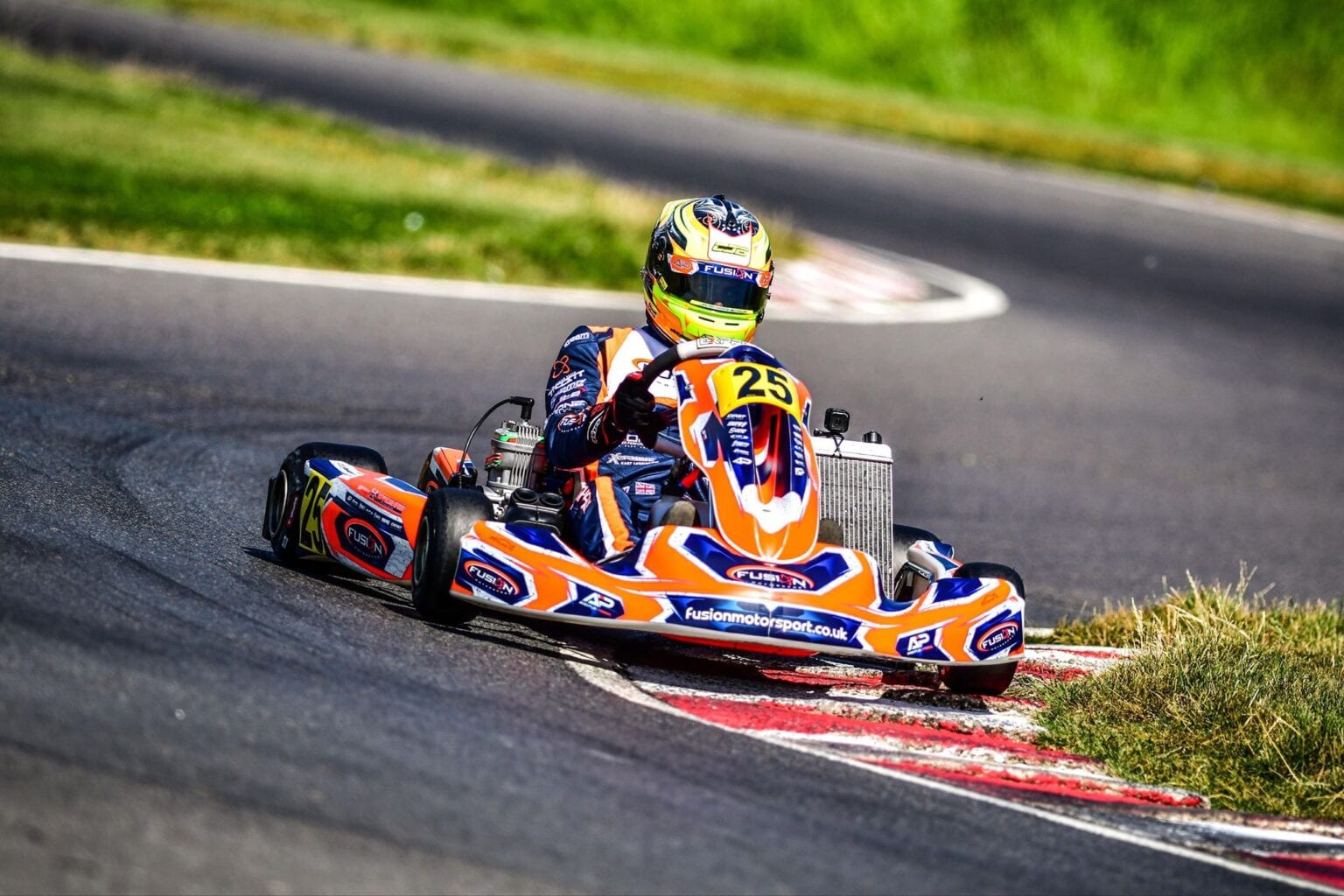 After his dominant performance at the season opener Callum Bradshaw arrived at the second round of the Ultimate Karting Championship the man to beat. In just his fourth race of the year Callum was coming in down on track time to the rest of the field, but he had proved in his last two races that was no problem.

Whilton Mill would be the venue for round two of the UKC. A technical circuit based just a stone’s throw away from Silverstone it is a drivers favourite and is one that always provides fantastic racing. Although victorious at round one, Callum was ran close by teammate Connor Jupp and knew that victory again was not going to be easy.

The weekend would get off to a perfect start on Saturday with Callum taking victory in the opening heat. From 4th on the grid Callum would quickly make his way to the lead before setting fastest laps going on to win by just under three seconds. From 11th in heat two Callum would round off Saturday with a 2nd place finish and another fastest lap, putting him in a great position going into finals day.

However, before the finals there would be one more heat and the trend of setting fastest laps for Callum would continue. From 7th on the grid he would move up to 4th but wasn’t quite able to close the gap to the top three eventually settling for position. The result was enough to put Callum on the front row for the Pre-Final starting alongside Caden McQueen.

The Pre-Final would see Callum’s weekend take a dramatic turn. After briefly dropping to 3rd Callum would quickly get back to 2nd before taking the lead of the race away from McQueen on lap eight. In a close three-way battle disaster would strike with an incident seeing Callum’s race come to an immediate end along with McQueen and Reggie Duhy.

As well as being classified 12th in the final Callum would now be starting at the back of the field for the Final and would also drop points in the championship.

Now even more determined than he had been all weekend Callum wasted no time in making places moving straight up to 5th in the opening two laps. His next target was Matthew Rees in 4th who laid just one second up the road. Setting fastest lap after fastest lap Callum was ahead a couple of laps later and now had the same obstacle to achieve in catching teammate and good friend, Connor Jupp.

Having been run close by Jupp at round one the task of closing him down was not easy, but Callum slowly chipped away and was eventually past by lap twelve. Now in a podium spot Callum was just one second behind leader, Matt Armstrong who had Khali Atkins for close company.

With time quickly running out Callum had found even more pace leaving him right on the tail of the lead pair with just two laps to go. Callum cleared Atkins on the penultimate lap, but that gave Armstrong a bit of breathing space heading into the final lap. But Callum was not going to give up and had Armstrong fans very nervous in his attempts for the win on the last lap, but with Atkins to deal with behind in the end he would have to settle for 2nd.

Although not the win Callum could have achieved given his pace, it was impressive damage limitation after a disastrous Pre-Final. The result sees him hold on to the lead of the championship six points ahead of Jupp.

Already at the halfway stage of the season eyes will be on the standings on the next outing which will take place at Three sisters on the 5th & 6th September.

Callum will be back out on track this weekend as he kicks off the British Kart Championships at Rowrah where he already has one victory this year.