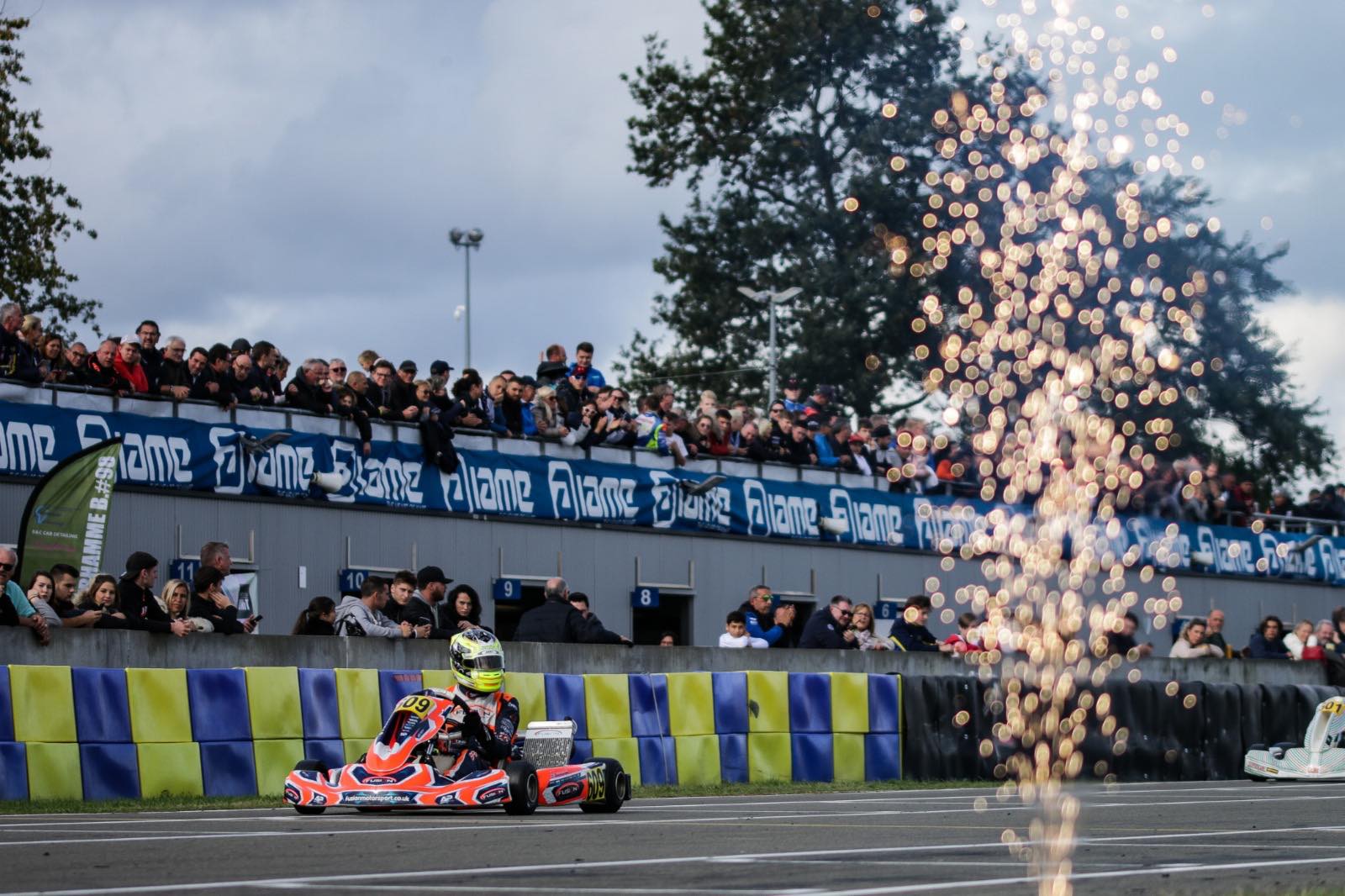 It was another solid performance from Callum Bradshaw at the IAME International Final after finishing 4th in the new X30 Pro class. A category designed to put the best of the best all on one grid in a lighter category, with softer tyres put the field to the test with the drivers putting on a show for the spectators. Callum named himself a contender for the win throughout the weekend, but in the end, would have to settle for a respectable 4th place in the final. 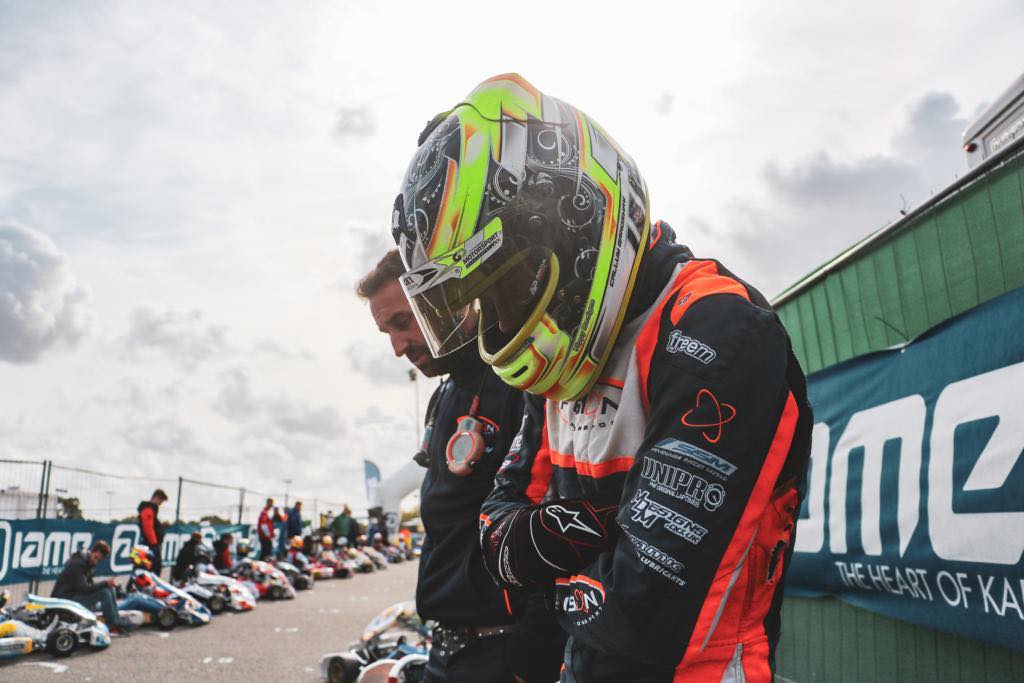 The X30 Pro class came as an exciting addition to the finals in 2019. Replacing the X30 Super class, which Callum raced in last year, it was designed to put all of the best drivers onto one grid with the lighter weight and softer tyres presenting more of a challenge than the Senior category. The grid certainly lived up to its name with a superstar entry list including Lorenzo Travisanutto, Harry Thompson Danny Keirle, Taylor Barnard, Dean MacDonald, Juho Valtanen, Franck Chappard, Morgan Porter and many more.

With 29 on the entry list the worry of being left in a B Final was out of the question, however, good results were still key with the quality of the field meaning moving through it would be extremely difficult! The key to a good qualifying would be getting the best out of the tyre in the short space of time you had to do so, which was worked on heavily throughout the four practice days.

Tuesday would see qualifying practice and after topping the first practice session in the morning Callum was confident of challenging for pole position. Whilst others searched for a tow around the Le Mans International Kart Circuit, Callum decided to find his own space out front and do two runs with a cooling off period in-between. Callum set a time just 0.138 seconds off pole which would leave him in 9th, highlighting just how close the field was. 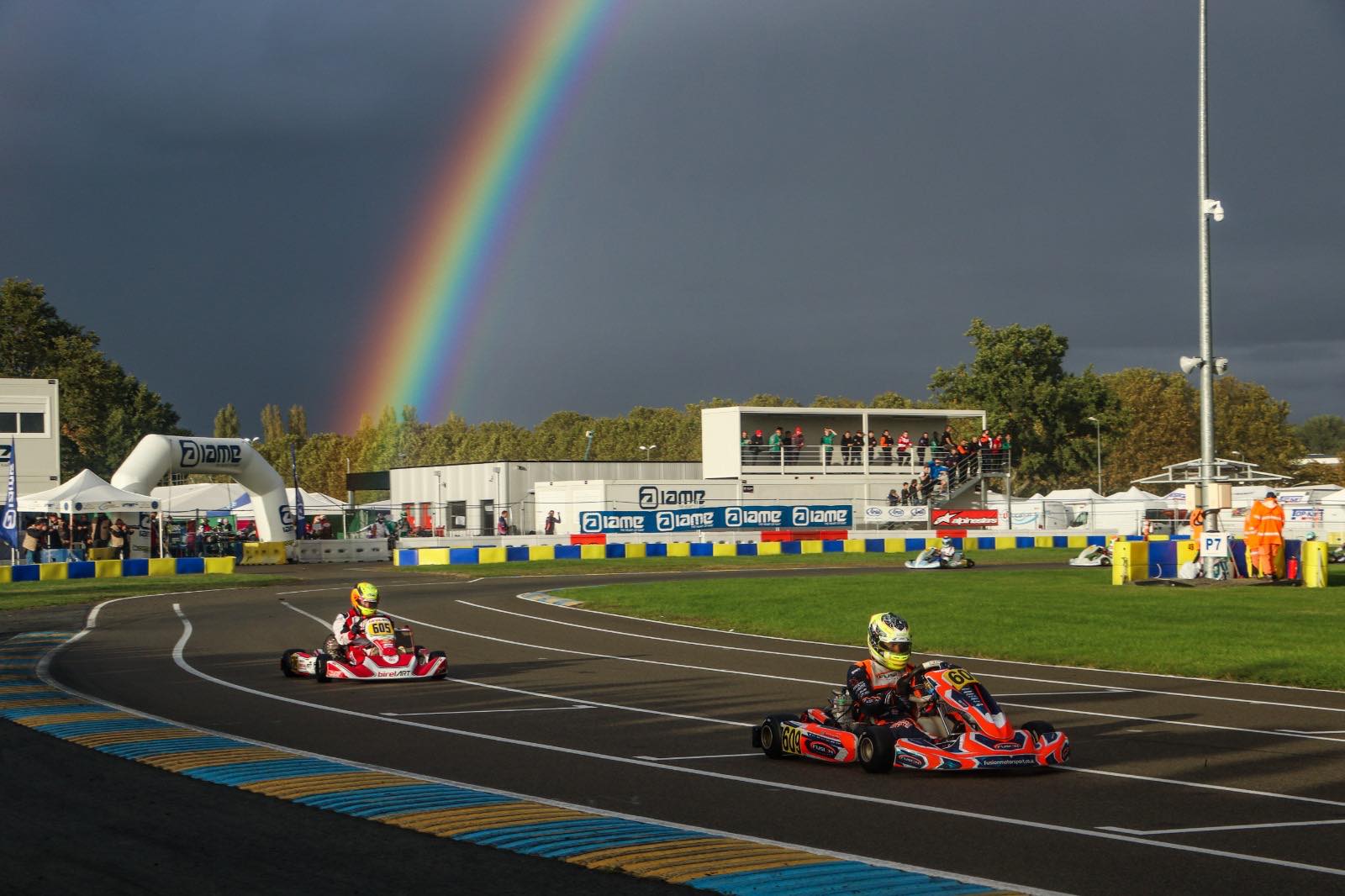 Over the next three days there would be four heats with just one race on Wednesday and Friday. It presented a challenge for Callum who would not be racing in the late afternoon in some cases, but would have to get himself focused for one race, something he will have to get used to when he graduates from Karting.

In the mixed conditions that would present themselves over the next three days, Callum would put in a consistent set of performances always moving forward from his grid position. Three 4th place finishes and a 6th was a great result from 9th on the grid and it was good enough to put Callum 4th on the grid for the Pre-Final. The only worry for Callum, despite being so far up the grid, was starting on the outside which is always tricky at Le Mans. However, he was right in the mix and was now able to label himself a contender for the victory!

A greasy track would greet the drivers on Saturday morning forcing all of the X30 Pro drivers to go on wets for the Pre-Final. From 4th on the grid this put Callum in a tricky position, particularly going into turn one. Searching for grip on the outside, Callum was pushed wide by drivers who had no grip on the inside and ran straight into him losing him a lot of positions. 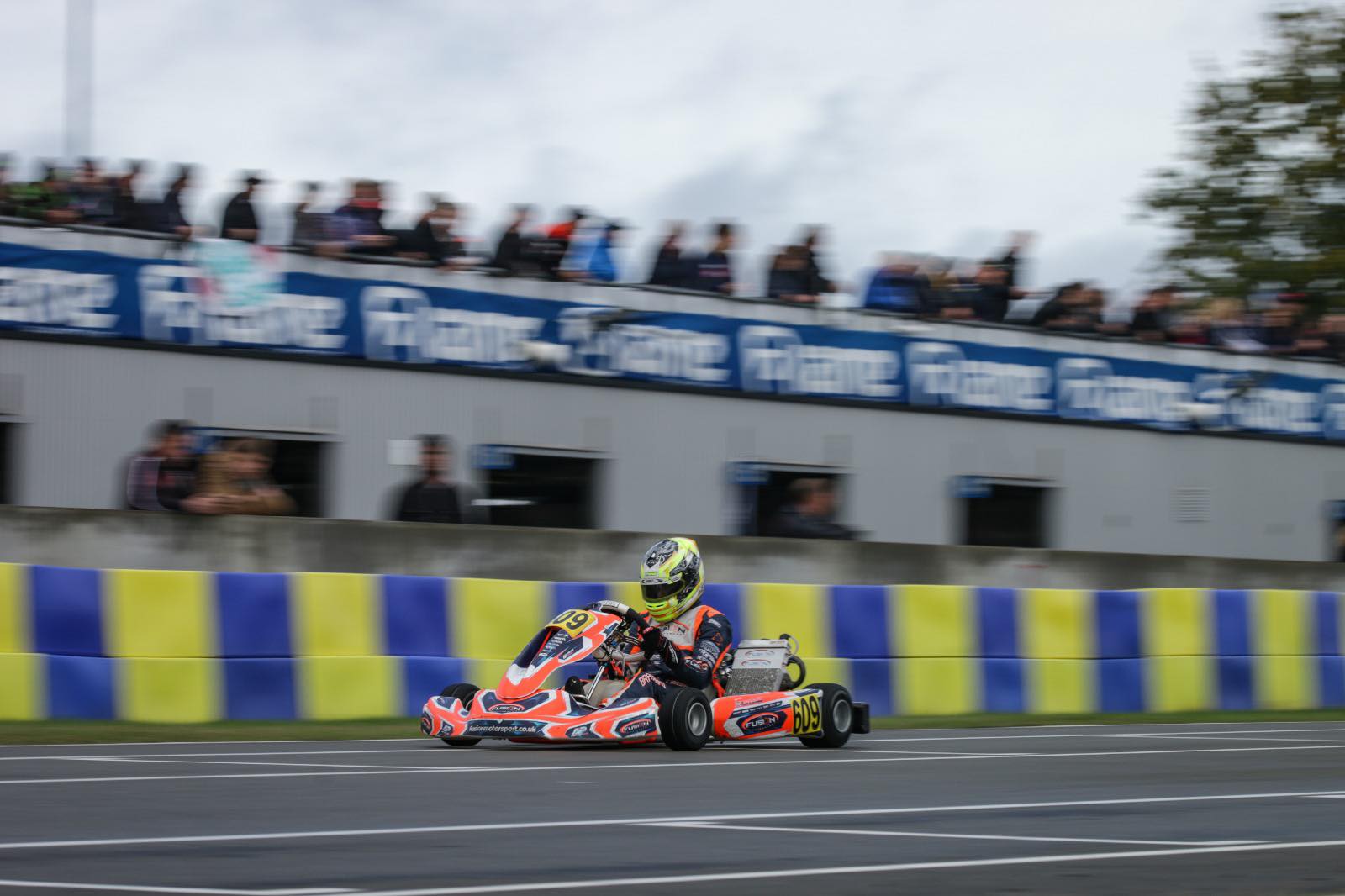 Callum was battling to stay in the top ten by the time we had reached turn two and it seemed he now had a lot of hard work to do all over again. Callum was quickly up to 8th and set after Barnard making the move for 7th at the end of the back straight. Having lost over three seconds to the leaders it was unlikely Callum was going to get back there, in under twelve laps, unless they began to fight.

His bad luck in the Pre-Final would come again after a tangle with Travisanutto sent Callum into a half spin dropping him down to 10th place. But Callum did not throw in the towel and with positions to still be made he fought back over six laps to eventually finish in 6th place which was damage limitation given what had happened at the start and halfway through the race.

For the final we would be back to dry conditions and with 21 laps on the board it was all to play for with a World title up for grabs. A good start would be key and Callum did just that slotting into 7th place through the first corner. As Callum quickly went into 6th he was soon right in the middle of a lead group that stretched outside of the top ten. 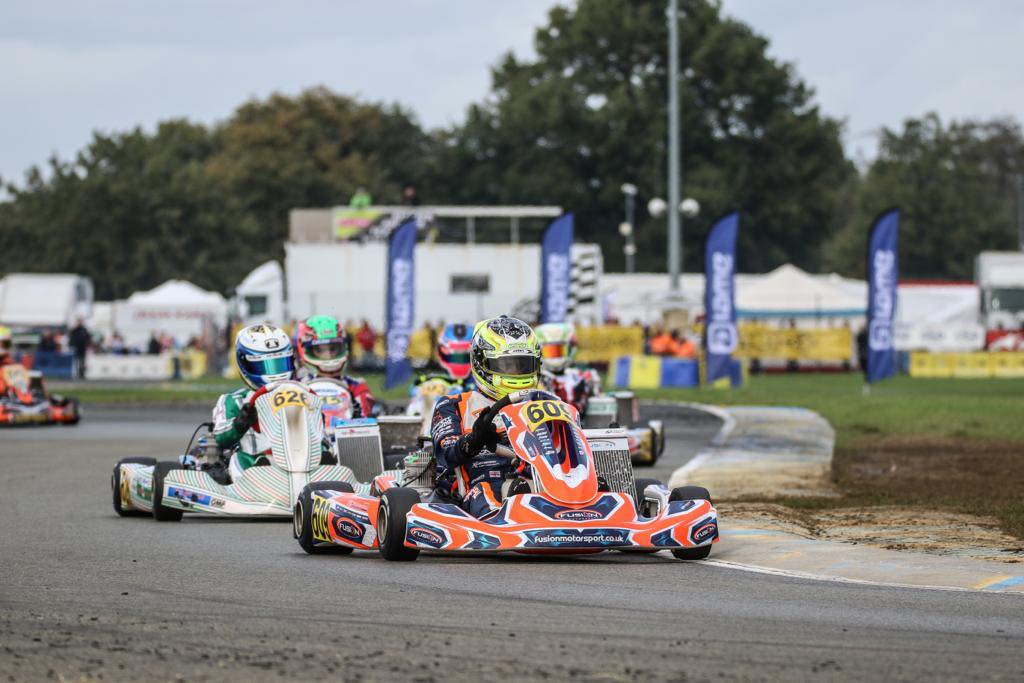 With the Pro class living up to the entertainment many had expected that racing was fierce and if you weren’t going forwards, you’d be quickly going backwards. Noticing this Callum was on the climb and by lap eight was into 3rd, but the overtaking had come at a cost with the leaders now having a gap.

Although holding a steady gap to Keirle, MacDonald and Barnard had pace no one could match and that would see Callum drop to 4th and eventually into the clutches of back-back World Champion, Travisanutto who also came past in the closing stages. Callum had got the best he could and would pick up 4th place after a penalty for Barnard.

Although not the result he had hoped for, given the circumstances over the weekend and the pace he had in the final, it was about the best he would’ve been able to achieve and Callum left Le Mans reasonably satisfied although still in search for that first IAME International Final victory.

It capped off what has been a good season for Callum in Karting. With limited track time and just a handful of races to his name in 2019, to leave Vice European Champion and 4th in the World Finals is an impressive achievement not only for Cal, but also for Fusion Motorsport in their first season venturing into the Senior class. 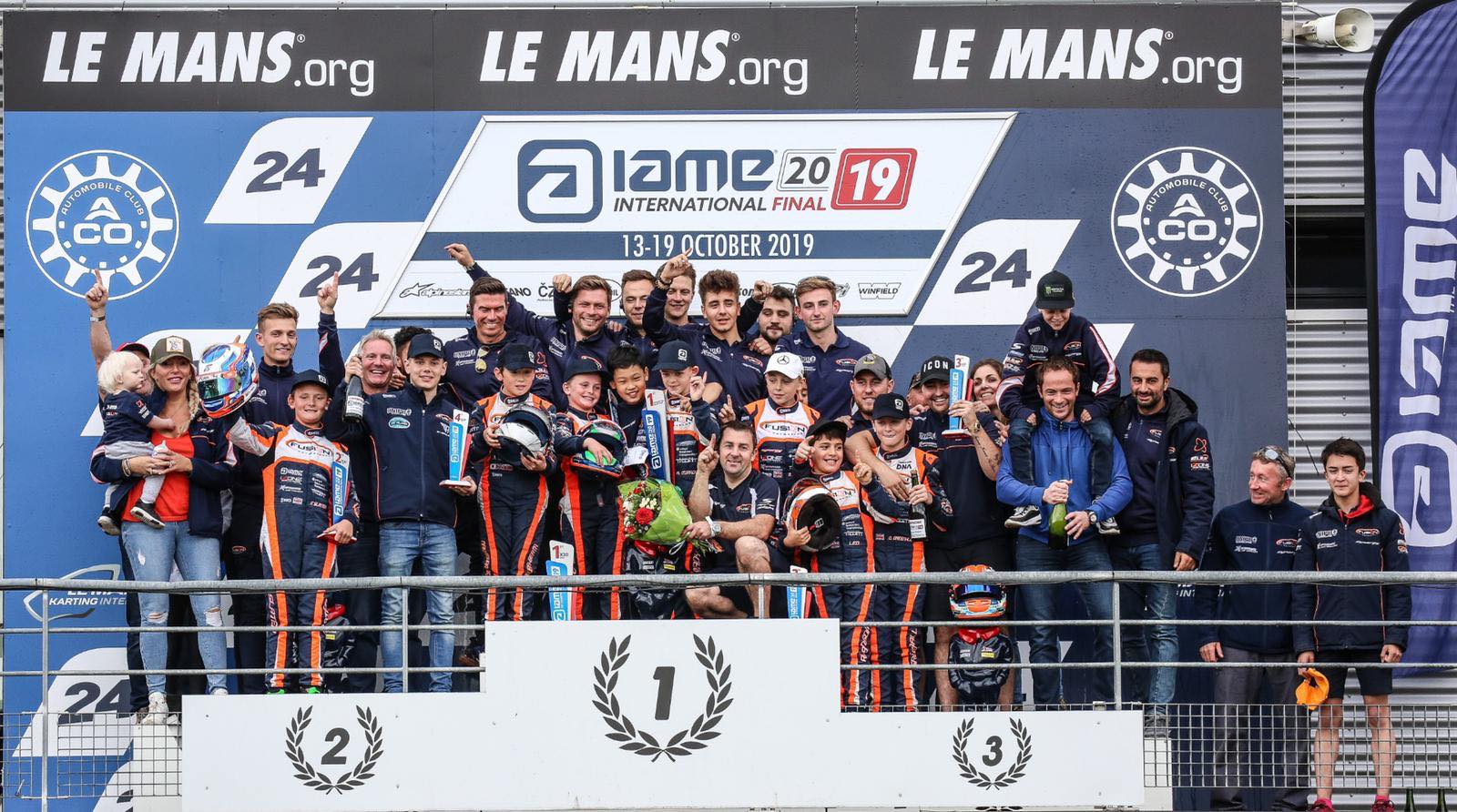