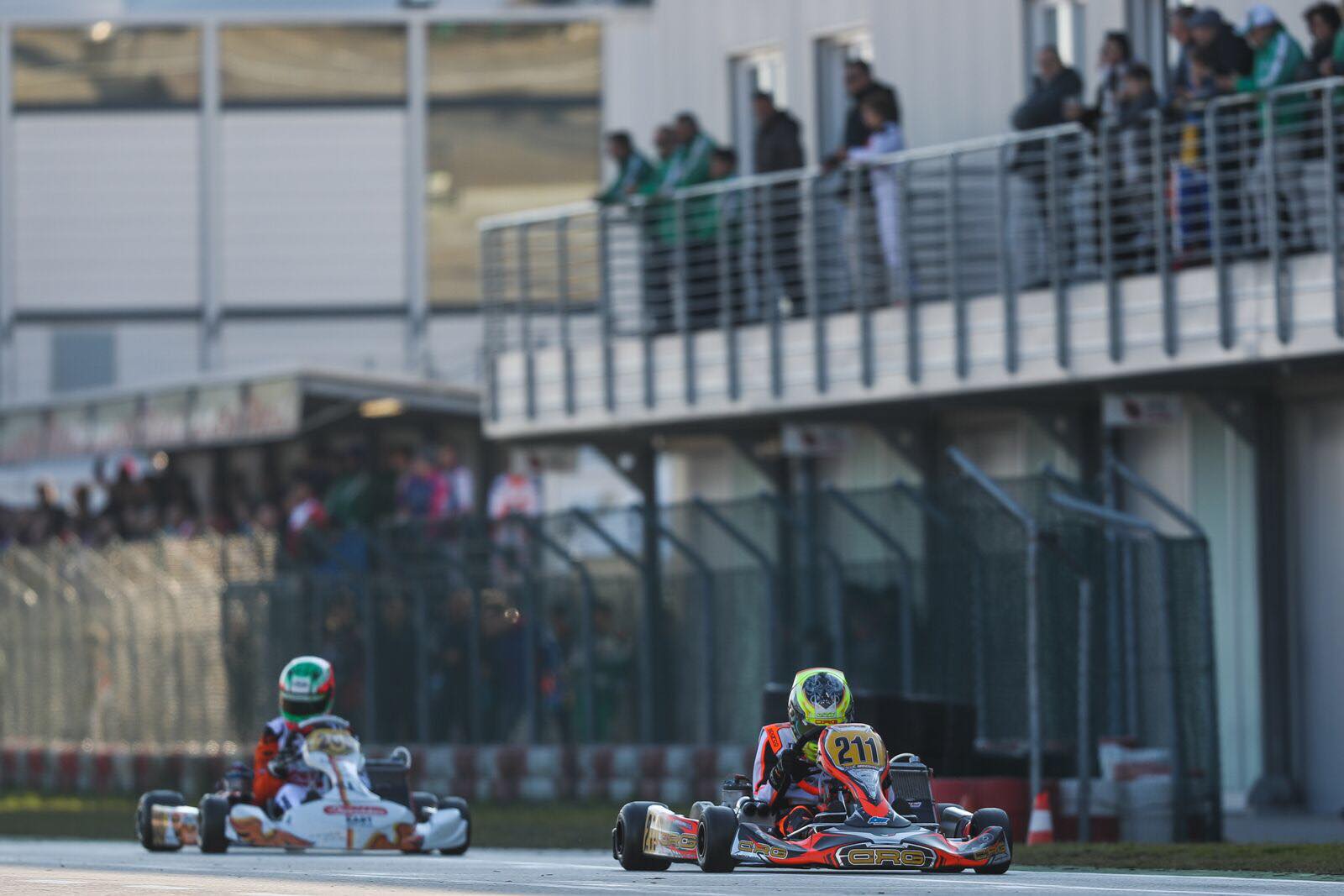 The weekend may have ended well for Callum but overall the first round of the WSK Super Master Series was a very frustrating one. Callum had the pace all weekend to get an overall podium after a very strong qualifying but he found himself in the wrong place at the wrong time on more than one occasion giving him work to do on Finals day. Callum really did put a shift in especially come the final and was able to walk away with 9th place and a strong haul of points leaving the Adria circuit.

For most of the weekend it was hard to believe the race weekend was taking place in the north of Italy with huge downpours hitting the circuit on several occasions. With 58 drivers entered for the first round there would be two groups of Qualifying Practice sessions with Callum out in the second. For that session Callum and the rest of the field were faced with a drying track on slick tyres making it an achievement to just get around in one piece. 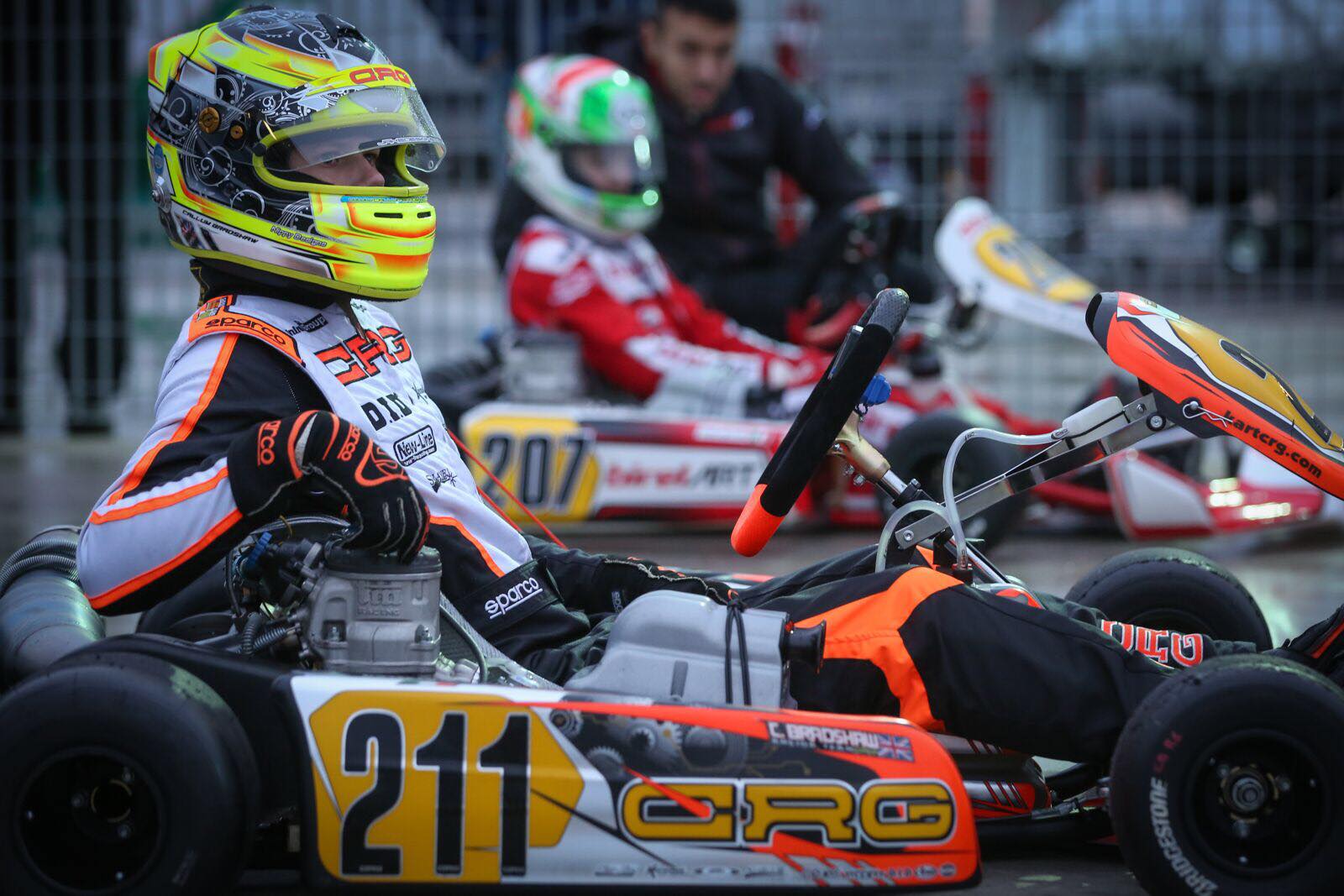 As the session ran on the times continued to tumble meaning everyone’s final lap would most likely be their quickest. For Callum, he went purple in the second sector and despite an overtake in the last he set a time of 53.669 putting him second quickest in the group and 3rd overall! It was a brilliant performance and would mean Callum would start all three of his heats from the front row.

For the first heat Callum, would be on pole position and got an almost perfect start pulling out a lead of almost half a second. But approaching the second corner Callum became the first driver to be presented with a damp patch on the racing line after a kart had dropped fluid on the track. It hugely delayed several drivers, including Callum, who dropped to 5th place with 1.4 seconds to Marius Zug in 4th and 6.4 seconds to the new race leader.

Clearly not rattled Callum was straight back on it and completed the chase to Zug in just three laps and went straight past. The top three now lay 2.1 seconds ahead and over the remaining six laps that reduced to just 1.2 seconds. In terms of the race leader Callum had brought the gap from 6.4 seconds to 4.8 seconds! 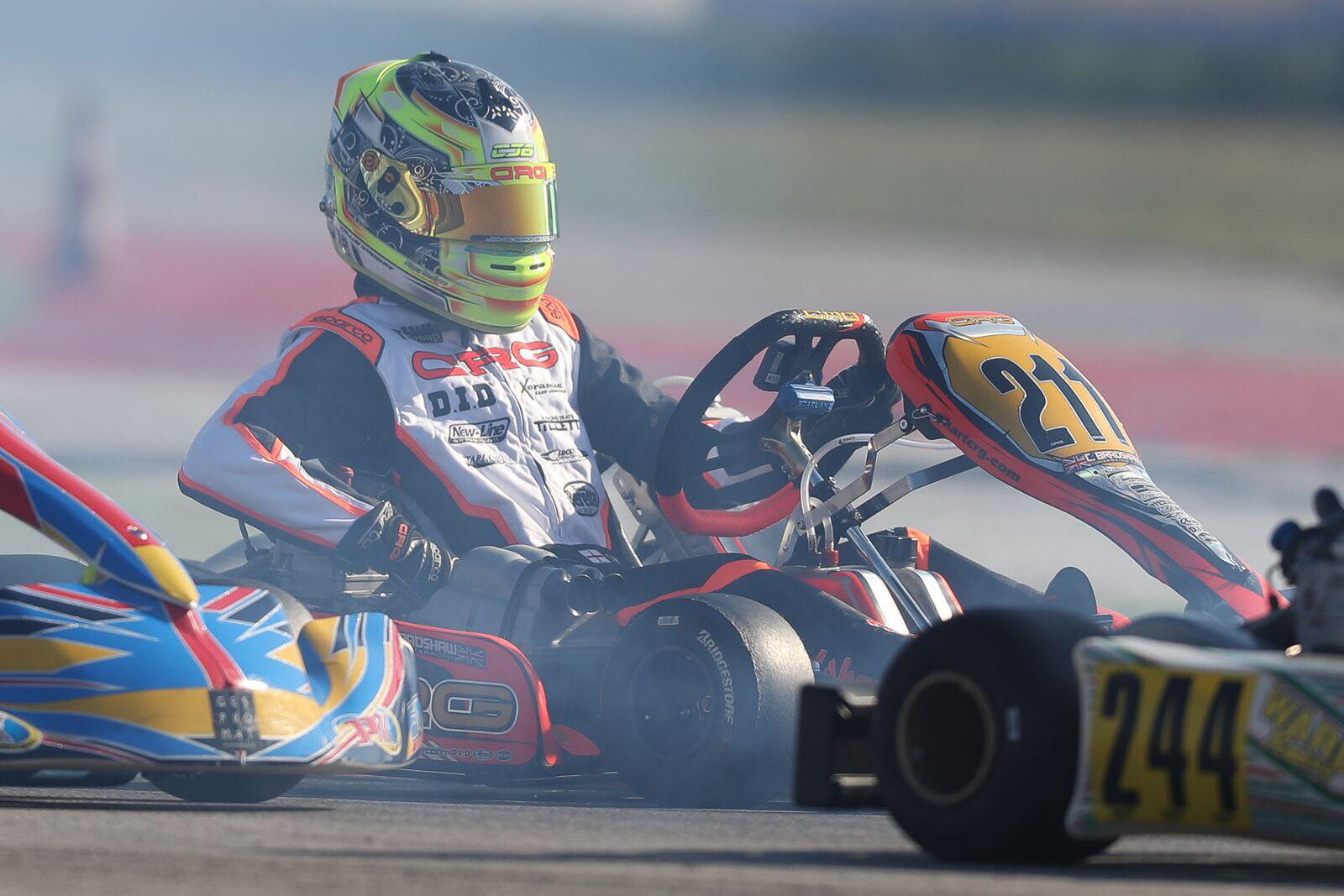 For Callum, heat two should have been another brilliant result but that unfortunately changed on the last lap. From the outside of the front row Callum briefly dropped to 4th place on the opening lap before climbing back up to 3rd on lap two. That was where Callum would stay for the majority of the race. With the front two already down the road it was all about holding on to 3rd place but with the laps ticking down Callum found himself having to deal with Roman Stanek on the last lap. But Callum’s race would have a disappointing end as his defence saw him spin whilst trying to avoid Stanek with just a handful of corners remaining dropping him to 22nd. It was an unfortunate mistake in a weekend that had already seen him hit problems, with more unfortunately on the way…

The third and final heat saw Callum encounter problems before the race had even started! On the sighting lap his front stub axle broke which would make the kart almost impossible to drive over the 12 laps ahead. However, Callum stayed out and did the best damage limitation job he could. In tricky conditions, he didn’t too bad at all coming home 16th in a grid of 29 drivers and he was far from the slowest driver on track, which is a fantastic effort given how extensive the damage was. 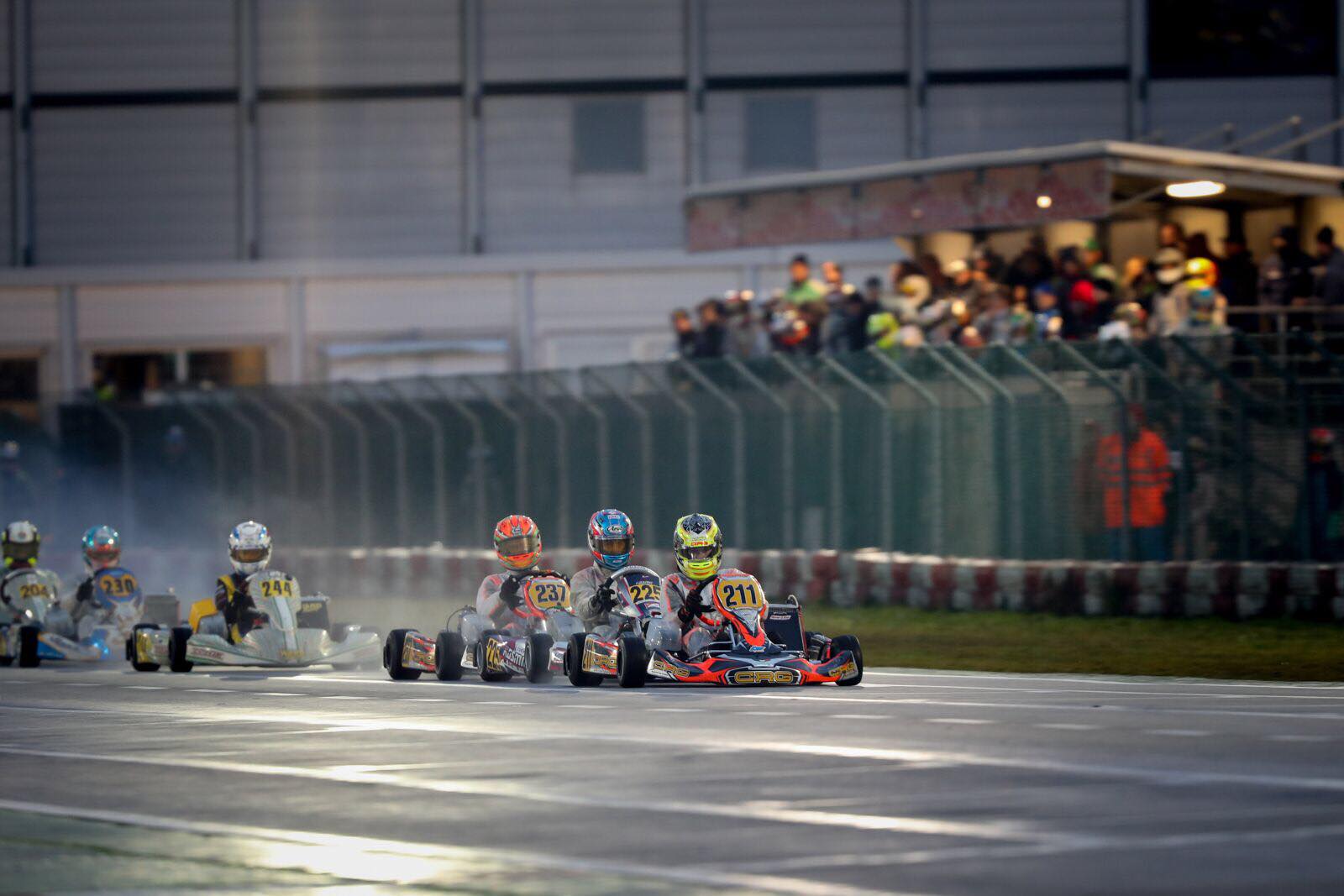 Three heats had seen all sorts of problems come Callum’s way leaving him 14th on the grid for his Pre-Final. After a clean start Callum went straight on the attack picking drovers off one by one. The drying track meant overtaking was difficult in certain places, but this did not stop Callum who passed the likes of Tom Joyner, Andrea Rosso and Dexter Patterson on his way to 8th place. However, a three second front fairing penalty post-race would drop him to 10th. From 14th it was still a decent result and put Callum 19th on the grid for the final.

With 34 of the World’s best drivers lined up on what was now a dry track and thousands tuning in online the stage was set for the first final of the 2018 Super Master Series. Starting in the middle of the pack, Callum’s first task was to stay out of trouble and keep his bumper intact. After successfully doing both and moving up to 16th on lap one the overtaking continued. First up was Kosmic’s Viktor Gustafsson and that was followed by three moves in three laps with Callum passing Tom Joyner (former World Champion), Zane Maloney (Champions Cup Podium finisher) and Alexsey Sizov. 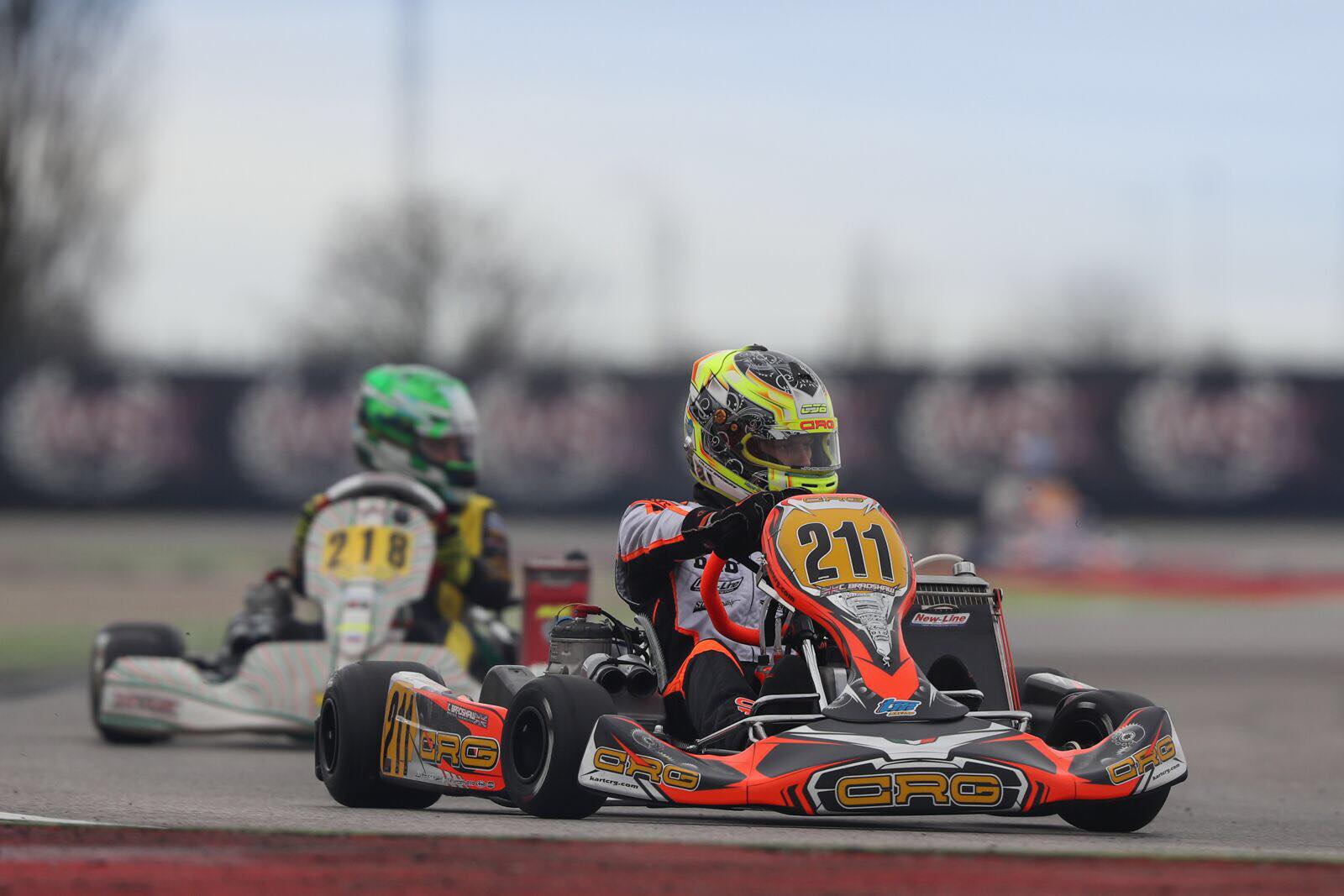 With a gap ahead it took Callum six laps to close and pass his next target which was multiple 60 Mini champion, Leonardo Marseglia with Marijn Kremers (pole position on Friday) following the next lap. It was a joy to watch as Callum pulled off every move perfectly wasting no time to calve his way through the order. Now in 9th the gap to 8th was 2.6 seconds meaning the final five laps would all be about holding on to 9th which he did with ease. It was a brilliant drive from Callum and it was probably the best result he could have achieved given how far back he started.

After the race Callum commented: “I think the weekend was a good start to the championship. After 3rd overall in qualifying I made a mistake in the second heat whilst in 4th which I am sorry to the team about because they have put a lot of hard work in. The final was full of action as I started from 20th and managed to finish 9th. I think is a great result from where we started and I’d like to thank my mechanic and the whole team for their support over the weekend!” 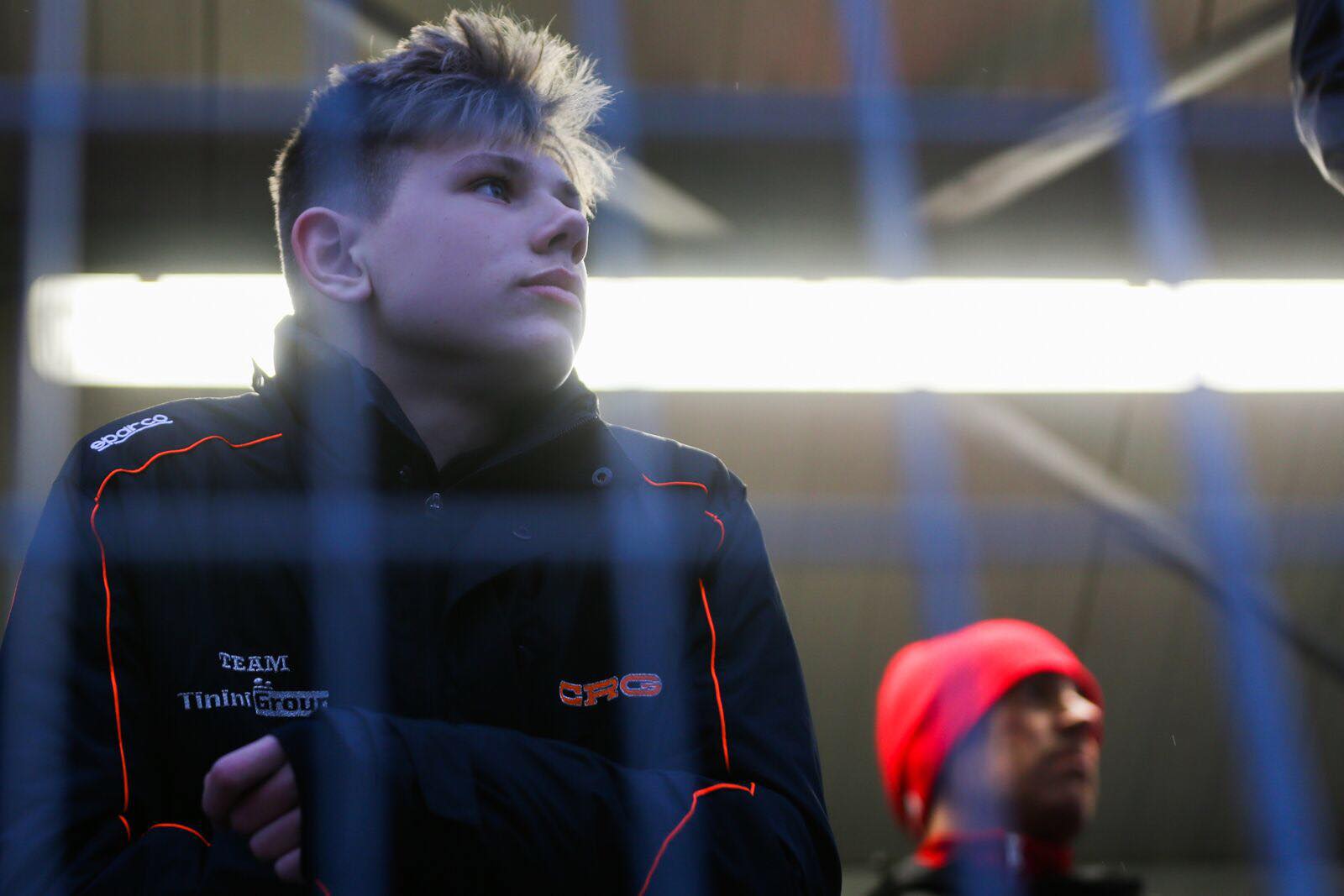 Leaving Adria Callum currently sits 12th in the Super Master Series which is already an improvement on his 17th last year and we still have three rounds to go! Callum had to deal with all sorts of problems over the weekend and it’s fair to say he showed great composure to deal with them sensibly and get a top ten finish in the final. Had he not have had those problems it could have been a podium for Callum but that’s racing as they say and he’ll now turn his attention to rounds three and four of the USA Winter Series this weekend which takes place at the Ocala Gran Prix circuit in Florida. 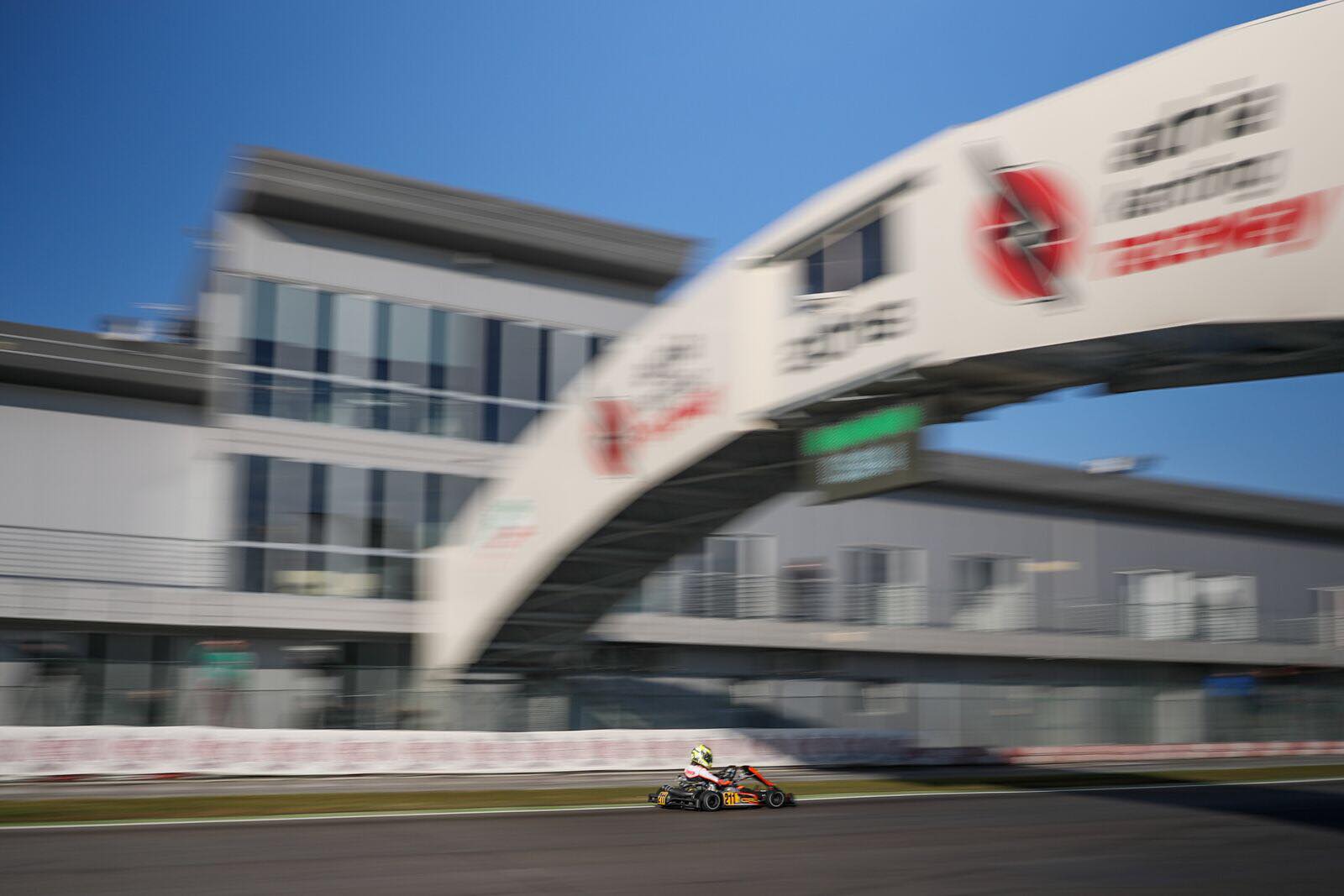