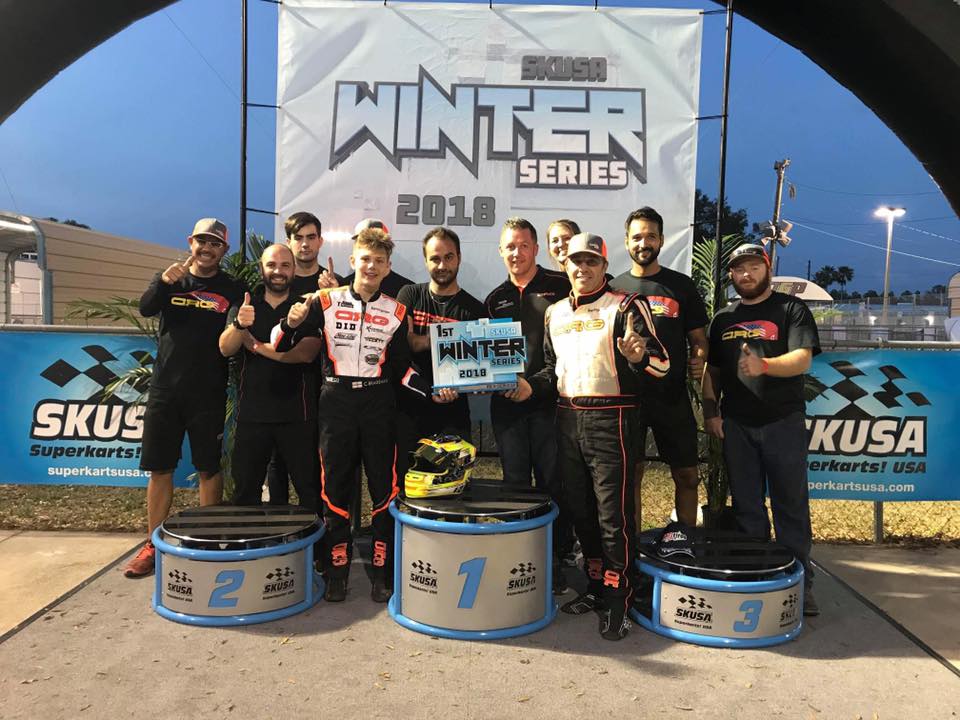 A clean sweep of podiums over four rounds saw Callum become the SKUSA Winter Series Vice Champion on his debut in the championship. A season that took place over two weekends in Florida at the Homestead and Ocala Gran Prix circuits saw the CRG Factory Team driver finish on the podium in all four finals. Callum’s immense consistency sees him crowned Vice Champion in Senior X30, beating several of the highly rated local and International drivers.

Arriving at the Ocala Gran Prix circuit for the very first time, Callum had his work cut out to get up to speed around a very technical layout. Competing against some of America’s best International drivers, along with some other European drivers too, the practice sessions saw Callum gradually close the gap top the likes of defending champion Ryan Norberg.

Round Three would take place on Saturday beginning with qualifying where Callum finished 3rd in his group in a very close run session! Qualifying just 0.144 seconds off championship leader, Lorenzo Travisanutto, Callum had shown the hard work by himself and the team throughout practice had paid off and he went into the Pre-final feeling very confident!

With the two qualifying groups put together Callum was still 3rd overall out of the 34 drivers so had a very good starting position for the Pre-Final. In terms of the championship Callum was currently 30 points behind local driver Dante Yu who would be starting back in 8th. As for the Pre-Final it was a race that didn’t see many lead changes with Travisanutto, Norberg and Callum all breaking away from the rest of the field. With nothing to choose between the top three Callum stayed within 2.5 seconds of Travisanutto and went on to take 3rd in the Pre-Final and was now only ten points behind Yu.

With Callum now having his first racing experience around the Ocala Gran Prix circuit and keeping the likes of Norberg very honest in the Final he had a turn in pace. At the start of the Final Callum got straight into 2nd place and was now right on the tail of Travisanutto. The pair then began to break away from the rest of the field and manged to pull a gap of ten seconds over the rest of the field! In the process Callum dropped back by about 2.5 seconds and settled for a comfortable 2nd place and with Yu back in 4th Callum was now 2nd in the championship going into the final round and still had a clean sweep of podiums. 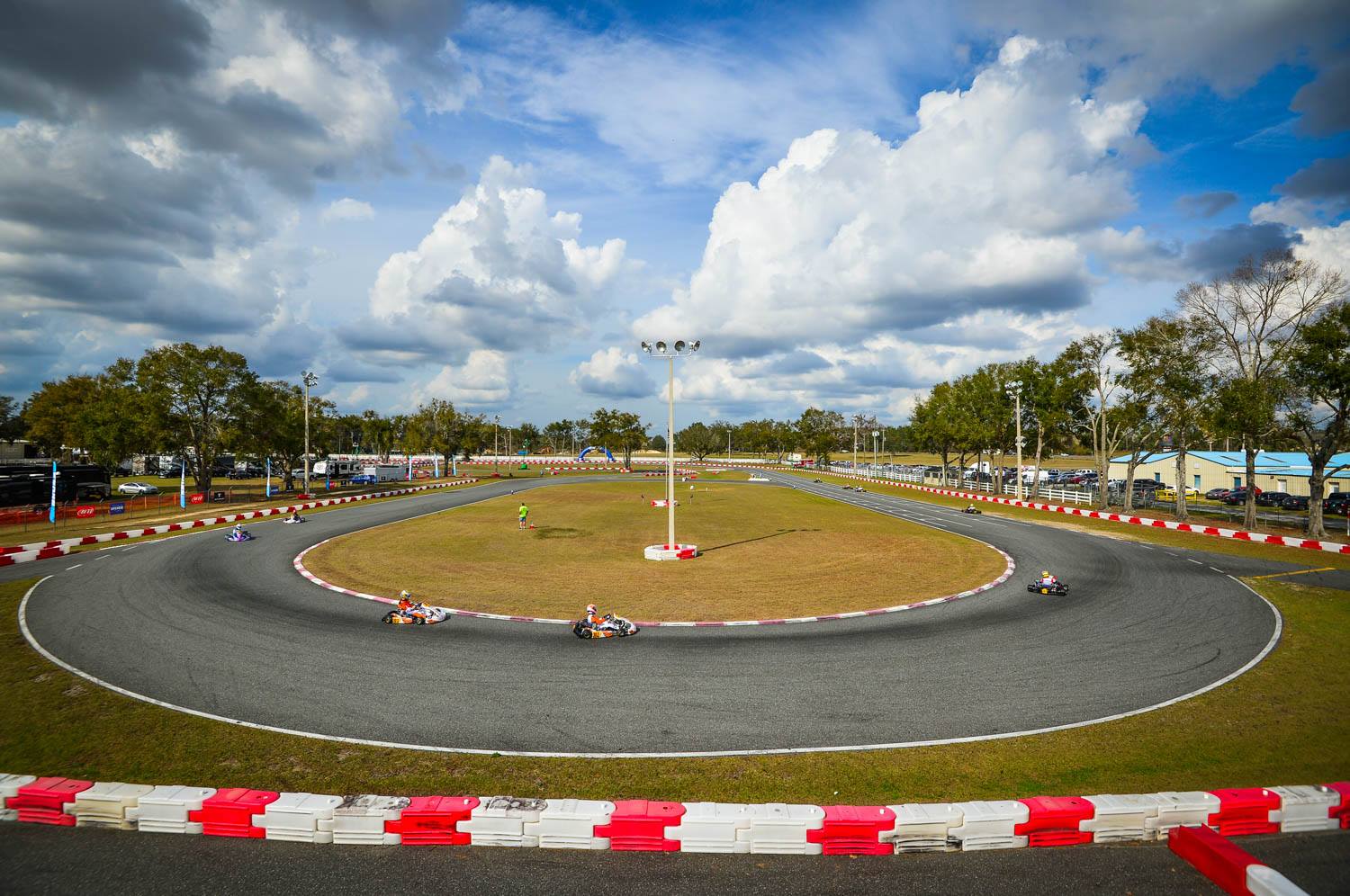 Sunday would see the final round of the championship take place and after the performance of Saturday Callum had set himself very high targets for qualifying. However, he would return to the pits disappointed after qualifying 11th overall just 0.2 seconds off pole position! Time wise, it was far from a disaster and showcased the competitiveness of both the class and championship, but it now left Callum a lot of work to do in the Pre-Final.

After keeping out of trouble early on Callum was quickly making places getting up to 6th in just four laps! Five laps later and Callum was up to 5th place before passing Austin Garrison for 4th with just a few laps remaining. From there Callum went on to close in on the lead group but didn’t quite have enough laps to make any more places up. However, he was promoted to 3rd post-race with Norberg receiving a penalty. It was a brilliant drive from Callum to keep calm under the pressure and it secured him 2nd in the championship and meant he had now finished on the podium in all four finals of the championship! Something only, he and Travisanutto achieved.

After the Final Callum commented: “The championship didn’t end how I wanted it to coming home in 2nd but showing that we was on the podium in every race showed we was consistent throughout. Both days we did what we could to win but just didn’t quite have enough. The effort by the team at CRG Nordam was exceptional and I’d like to thank them for this experience.”

For his first experience racing in Florida, Callum has put in a brilliant performance in the SKUSA Winter Series ahead of what is set to be a jam-packed season! Becoming the Vice Champion of such an established event at tracks where he had little to no experience is no easy feet and there’s no doubt Callum will be hoping to be back to take the crown next year! 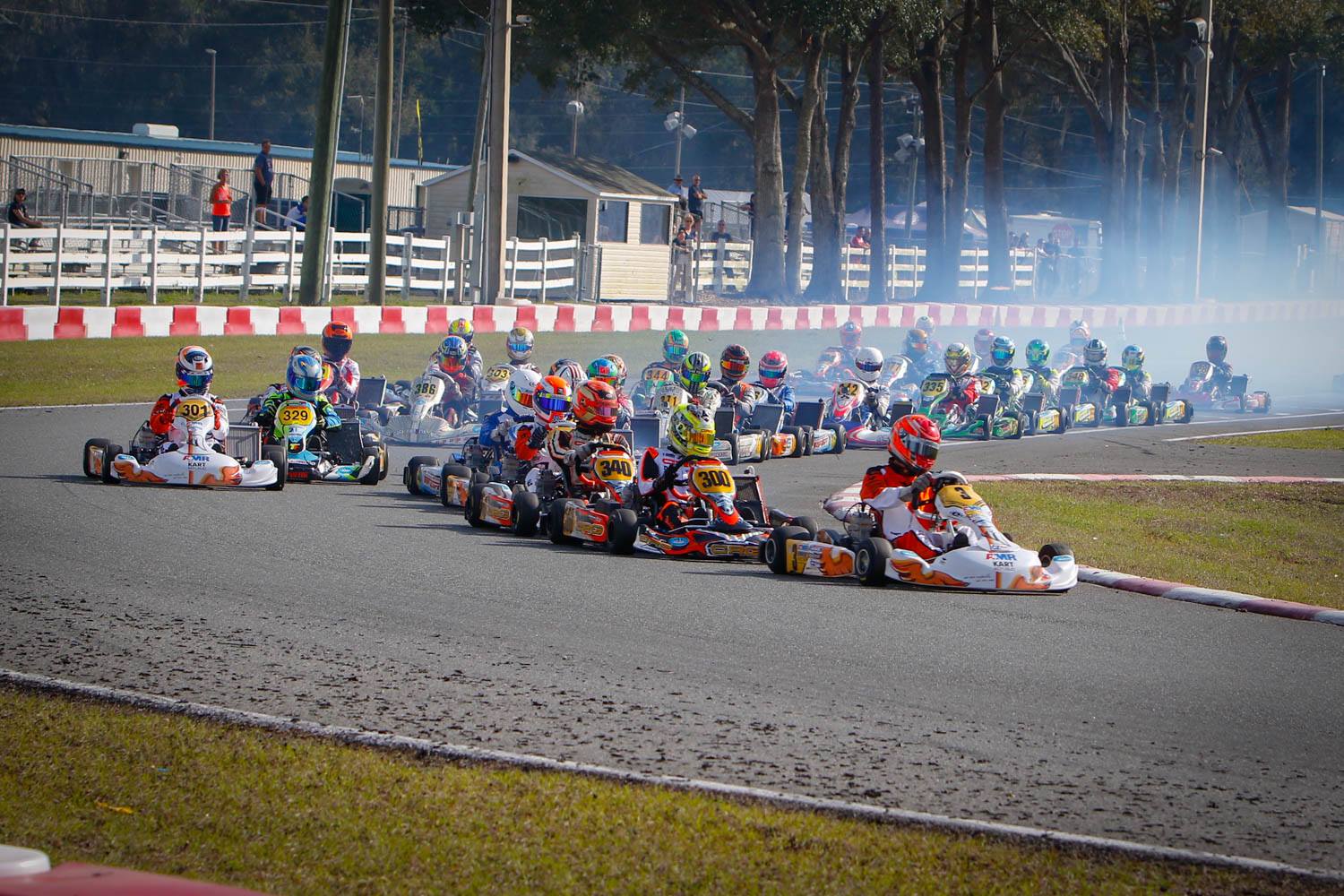