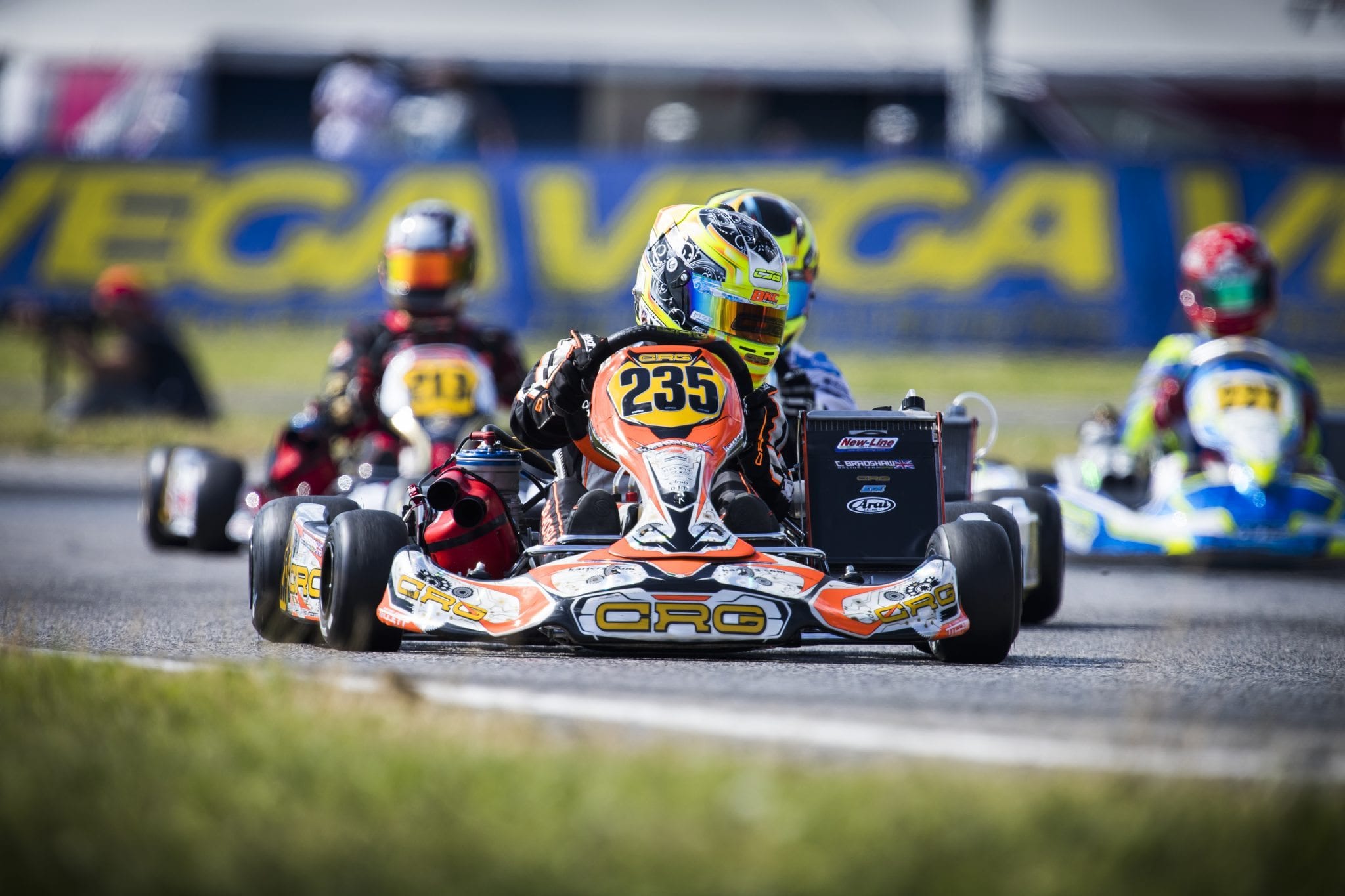 After his win at the 28th Trofeo Andrea Margutti, Callum Bradshaw came in to the fourth and final round of the WSK Super Master Series flying with confidence and hoping to end what had been an unfortunate season on a high.

The final round would take place at the Sarno circuit in Italy, which is where the CIK-FIA European Championship is due to kick off next weekend! So, as well as trying to get a good result this was also great preparation for that opening round. 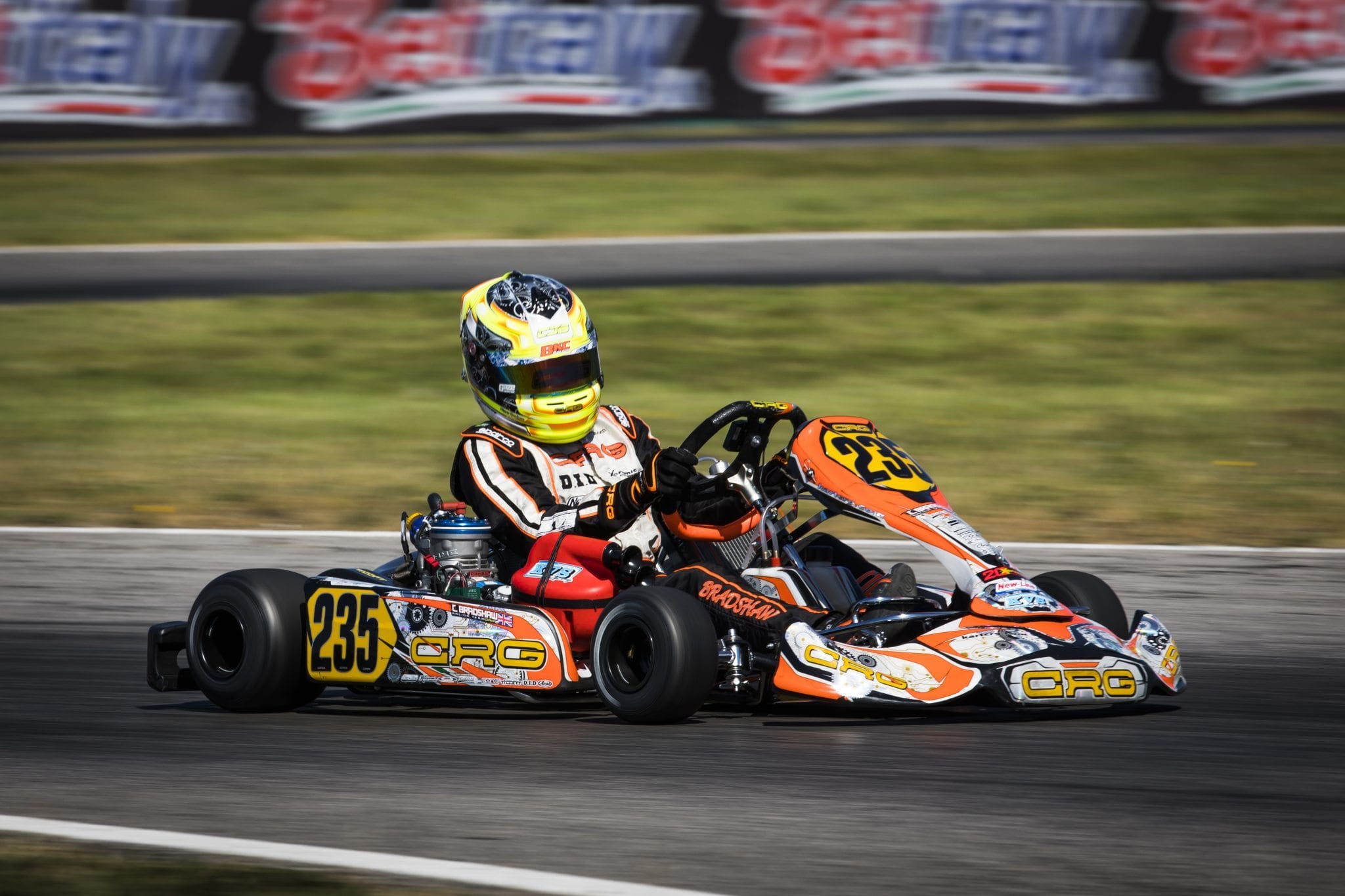 As ever the weekend officially kicked off with qualifying and despite blistering pace in practice with Callum classifying 5th and 8th he finished 34th out of the 68 competitors. It wasn’t the best start but he was caught up in a pack of karts which saw him constantly caught in traffic, but Callum had the heats to try and improve on that position before the Pre-Final.

Three top ten finishes in the heats combined with a mistake in the fourth heat saw Callum move from 34th to 23rd place overall which would give him a starting position of 12th in Pre-Final A. The mistake in heat four was simply an error of judgement from Callum and he apologised to the driver also affected after the race.

The Pre-Final itself was a very tough race with Callum involved in a huge battle 5th place which stretched back to 14th. As ever most drivers were barely separated for pace which made it tough to move forward, but Callum did at least manage to make a position and bring the kart home in 13th which would put him 22nd for the Final. 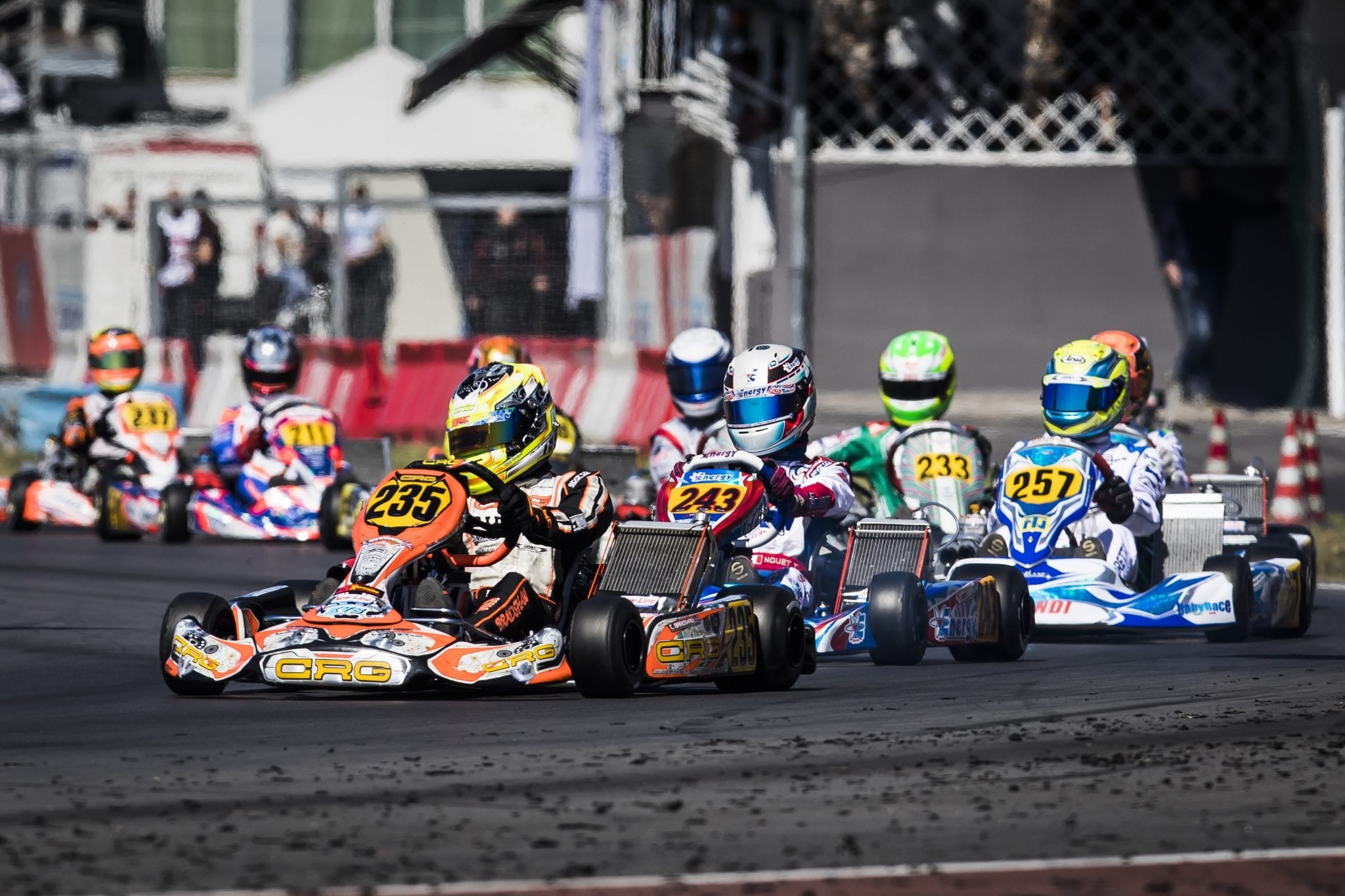 It was then time for the final race of the weekend and the final race of the season. To this point Callum had never been able to put an impressive result together in a final for various reasons, with his best result coming at Castelletto (round two) where he managed to score two points. However, that was all about to change…

In just 17 laps and in one of the best karting grids in the World, Callum made a total of 15 positions to leave him in 7th place at the flag! He was one of the biggest movers in the field and wasn’t far away from 6th place either. One of the main differences came from Callum’s speed down the long straight between turns one and two. Callum had been 11kph down all weekend before an engine change seemed to resolve what was a strange problem.

Even more impressive was Callum’s place. He was quicker than reigning European and World Champion, Pedro Hiltbrand who finished 2nd in the final proving he has the pace to run at the front. 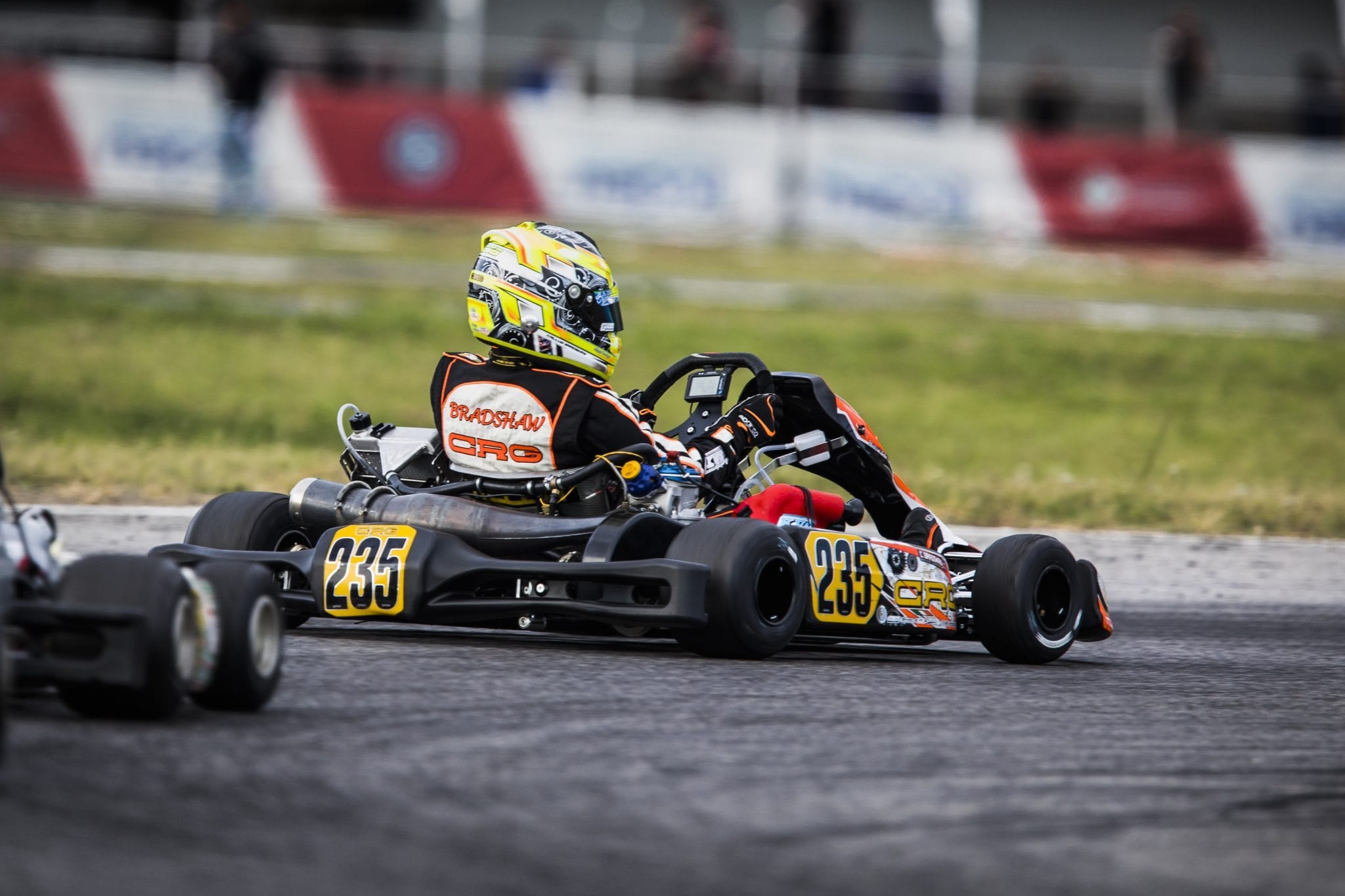 It was an excellent way to end the season and Callum took a total of 25 points away from the final alone which moved him up to 17th in the championship out of 81 drivers. It’s even more positivity to take into the big one, the CIK-FIA European Championship! On the weekend Callum commented:

“It was a tough weekend at Sarno. It started from qualifying which didn’t go as well as I’d hoped, but I managed to have some good results in the heats apart from the last one where I made a mistake. The final was really good where I came through to 7th which I was really happy with! I am getting better and better every time I go out and I am really looking forward to seeing what I can do in the CIK-FIA European Championship starting at Sarno next weekend.”

As mentioned Callum’s next outing will be at the CIK-FIA European Championship. The five round championship kicks off at Sarno (ITA) next weekend before moving on to the Fernando Alonso (ESP) circuit, Le Mans (FRA), Alaharma (FIN) and Kristianstad (SWE). 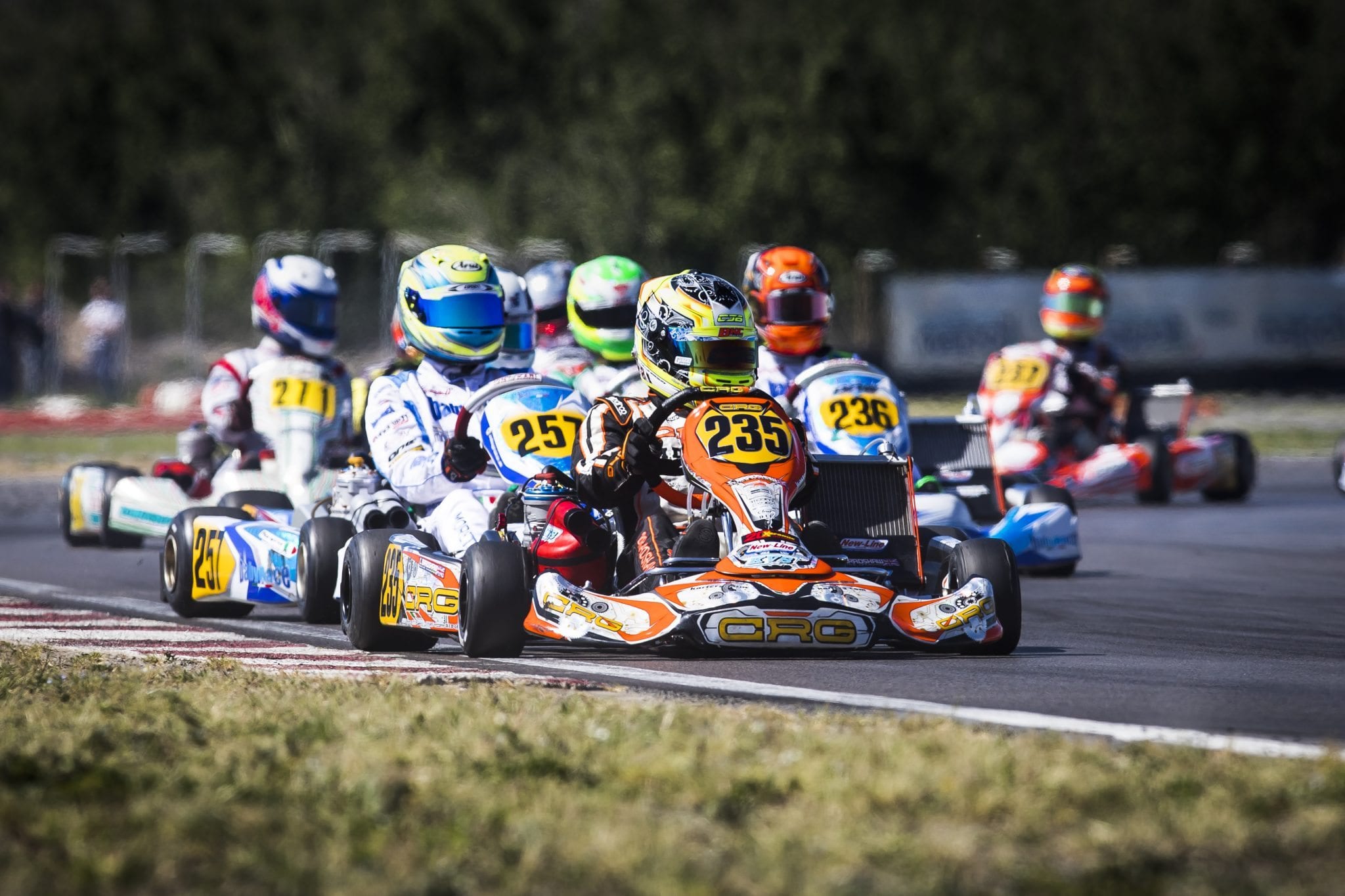