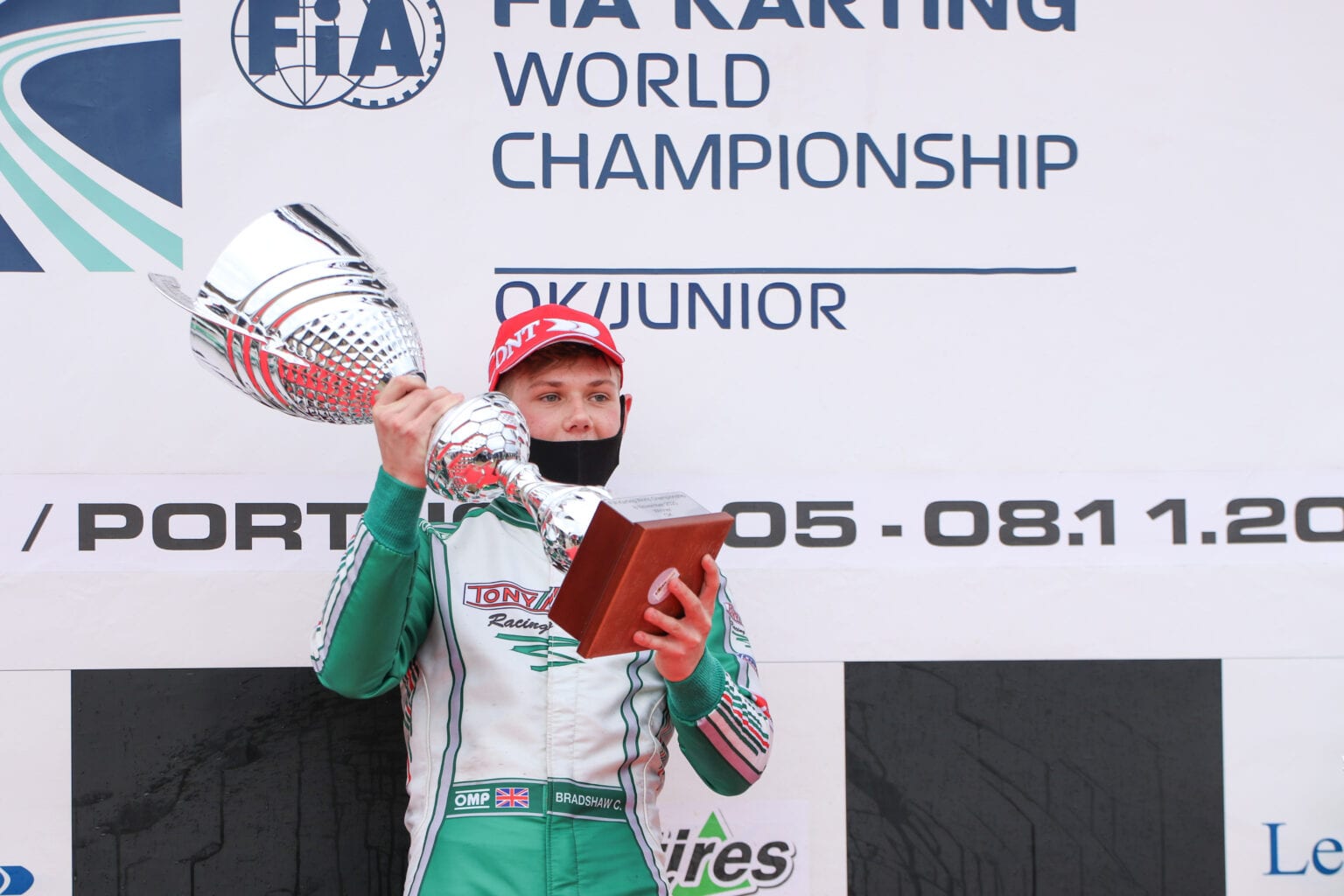 It was a journey that began all the way back in 2011 when Callum first sat in a kart at Whilton Mill with the hopes of one day going on to conquer the World. Less than three years later and Callum had almost done it finishing as Vice Champion in the IAME International Final in 2015 before becoming the first, and only, British Champion of the FIA Karting Academy Trophy in 2016. All achieved with the help of Rob Dodds and the BKC Racing team.

It was a year that also saw him win the British Kart Grand Prix, before winning another big title in the South Garda Winter Cup in 2017, now a CRG Factory driver. There were further podiums in Las Vegas and Le Mans but during his two year spell with CRG Callum never quite got his hands on the big one and he would return to X30 racing in 2019 with Fusion Motorsport.

Then in the summer of 2020, whilst he looked set to dominate all the major IAME titles Callum was given the chance to do what every kart driver dreams of. To become a factory driver for the Tony Kart Racing Team. The team had wanted to bring Callum in to win titles and he was going to do everything he can to repay that commitment.

Eyes on the top prize seemed ambitious with just two races to prepare before the World Championships, but many who know Callum well will know he needs no time to learn as proven in his 2016 dominance of the Academy Trophy. Then came the biggest weekend of them all and after a 5th at the Champions of the Future race just a week previous he came in confident and ready to fight for the World title.

After qualifying 3rd overall on Friday in wet conditions things looked good for Cal, but there was still a long way to go with four heats ahead. The dry conditions on Saturday would see him finish no lower than 4th then on his fourth and final heat Sunday morning in treacherous

conditions he would storm to victory setting a pace that no one could match.

The result put Callum on the front row of the grid alongside his countryman Taylor Barnard in a final that would play out in wet conditions in the Algarve of Portugal. As the lights went green Callum would get a lightning start and immediately take the lead, but the red flags would be out shortly after putting him back to square one.

After a 29 minute interval it would be time to go racing again with 36 drivers ready to fight for the biggest title in World Karting, the FIA Karting World Championship.

After slotting into 2nd through turn one Callum would get straight on the attack and on his second attempt he would pass Taylor Barnard for the lead. From there he was not looking behind as he extended his lead at the rate of almost one second per lap to be 6.2 seconds clear from the field of the half way stage.

When the cameras were on him Callum was demonstrating a complete masterclass to the thousands of viewers of how to drive a kart in the wet. He was lapping a second quicker than some of those in the top ten and was unsurprisingly the fastest driver on the circuit on almost every single lap.

He looked at one with the kart and there were no sign of any nerves, only determination as he got into his rhythm to pull almost ten seconds clear and 30 seconds clear form the back end of the top ten.

For his supporters the final few laps were a time to reflect on the times he had come so close to winning World titles. He had been a Vice Champion on a number of occasions, but there was no one in the World that would have been able to match Cal in that race and he would come home to win the FIA Karting World Championship by 8.6 seconds!

The Vice Champion title has now been wiped away with a knockout punch, with Callum winning a title that has been won by legends of the sport including Terry Fullerton, Mike Wilson, Martin Hines, Davide Fore and Marco Ardigo. The latter the last to win a World title for the team back in 2014 in the KZ class. With teammates Joe Turney and Pedro Hiltbrand 2nd and 3rd it made the day celebrations even more excessive.

The Tony Kart Racing Team saw something in Callum when they brought him in just 10 weeks ago. They saw a driver who could put them back on the top of the World in the OK class for the first time in eight years and Callum repaid that confidence in the most impressive fashion.

Callum Bradshaw made history today, he is the champion of the World in 2020 and that is something that can never be changed.

In just his third race with the team, the journey has only just begun.