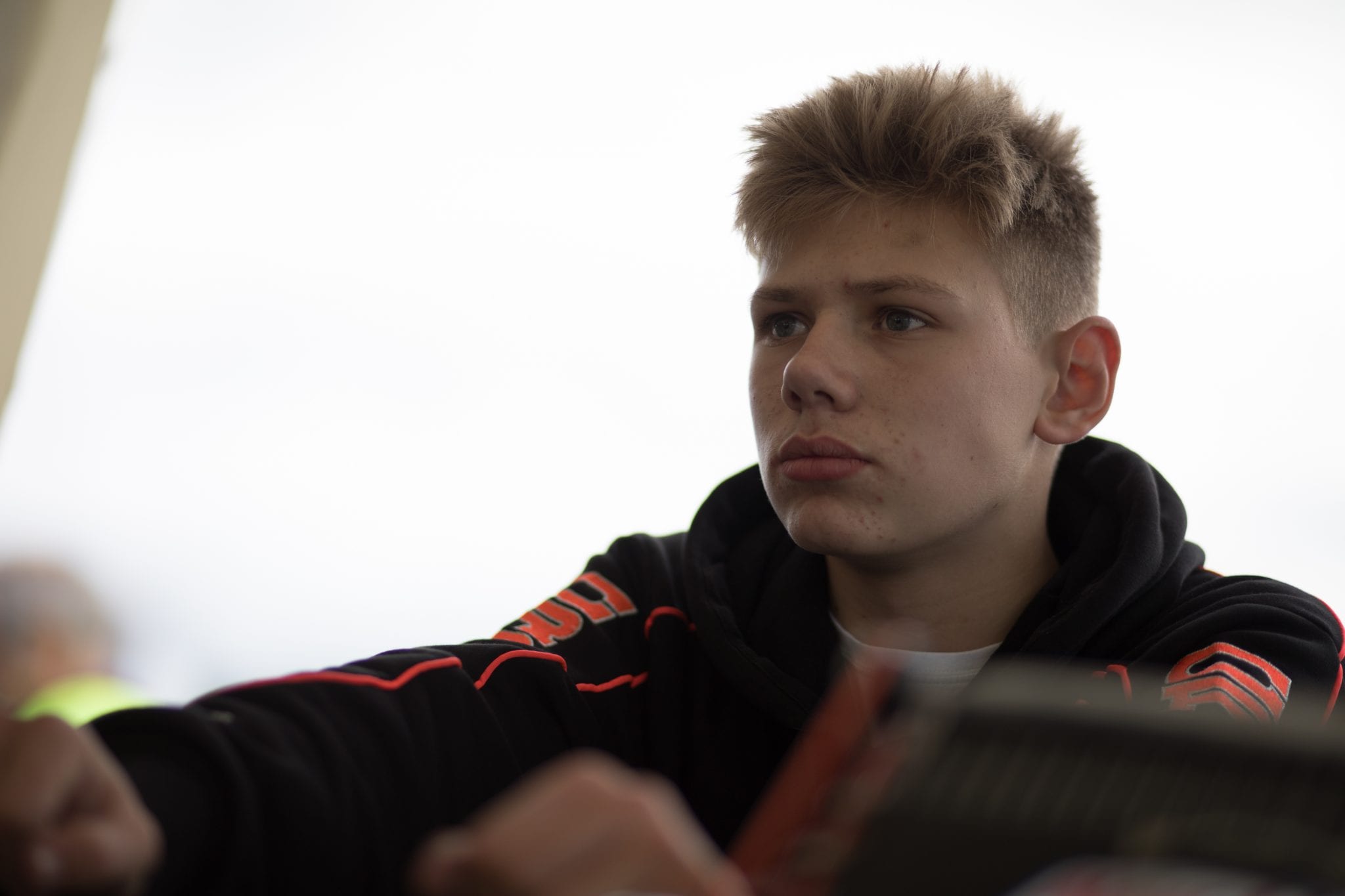 Callum Bradshaw ended his European Championship campaign on a high with 6th place at the Kristianstad Circuit in Sweden. Along with his best result of the season Callum also took the fastest lap of the race in tricky conditions, something that should be a warning sign for his fellow competitors heading into the World Championships.

Qualifying was once again a close affair as Callum qualified 15th just 0.175 seconds off pole position! It was an extremely close affair and a decent result given the 55 strong field.

The heat results put Callum 15th on the grid for the 25-lap final which would take place in greasy conditions. A rain shower 30 minutes before the race had left time for a dry line to appear but it wasn’t quite the racing line in several places. Given there was only a ‘dry line’ off line the conditions were very tricky with all drivers on slick tyres. That was proved when Noah Milell spun out of 2nd place just two laps in.

However, this was the last round of the championship and Callum was desperate to go out on a high with his best result of the season. After a safe start to the race Callum began to get his head down quickly and was making places each lap eventually finding himself in 9th place with eleven laps gone. Four laps later and Callum was now in 8th after passing the Brazilian driver, Caio Collett, once a podium finisher at the World Championships!

Next on Callum’s list would be Pavel Bulanstev followed by fellow CRG driver, Glenn van Berlo. But rather than passing them one at a time, Callum went past them both on the same lap to put himself 6th with just seven laps remaining. Now ahead on the road was Sami Taoufik who was on the cusp of taking the championship title. The Moroccan lay 1.9 seconds ahead of Callum who was flying and was the first to break the 60 second barrier before going on to take the fastest lap of the race with a 59.492.

Having already gained nine places Callum was close to making it ten as he closed the gap down to 0.6 seconds but he would unfortunately run out of time. As the flag dropped he would follow the new champion home to take his best result of the season with 6th place from 15th on the grid!

The result moved Callum up to 16th in the championship finishing just five points behind former World Champion Tom Joyner. All despite the disqualification of round one and absence of round two. Oh, and of course this was his very first season in the championship and in the OK classes!

It’s been a season which certainly could have been better but overall Callum has been hugely impressive and will be looked at by the Karting media and one to watch at next year’s European Championships.