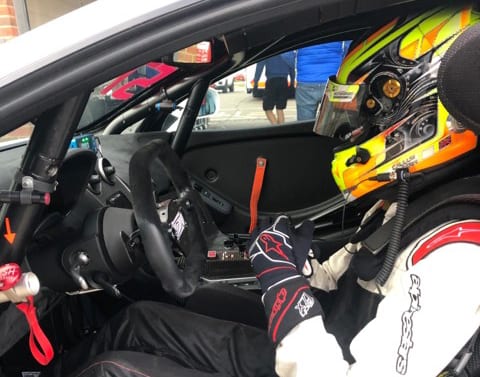 Callum Bradshaw continued his winter testing programme with a recent test at Snetterton with HHC Motorsport in the McLaren 570S GT4. The team competed in the British GT championship this year with the car finishing 3rd in the drivers’ championship and 4th in the team’s championship.

After successful tests in both the Lamborghini Super Trofeo and Porsche Carrera Cup, Callum ended a busy month with a test in a McLaren GT4. With plans for 2020 yet to be revealed this was a chance for Callum to explore a whole new avenue. Testing with a team with over 20 years’ success in the sport, Callum would be in very safe hands.

Amongst other things, last year HHC competed in the British GT Championship picking up wins and podiums throughout the season. The championship itself is one of the biggest in British Motorsport getting up to 100,000 viewers online as well as drawing in tens of thousands of spectators to each race.

Just under 40 cars across two classes have made it one of the most entertaining championships to watch in Europe and the GT4 class has attracted a lot of drivers from Karting in recent years.

It was no surprise that teams had their eye on Callum and when he was given the opportunity to test with HHC Motorsport he couldn’t refuse. The McLaren 570S GT4 was a competitive car this year winning the first race of the season.

With no previous experience at Snetterton, Callum had to both familiarise himself with the car and track simultaneously. It is something he has done on plenty of occasions and unsurprisingly Callum was soon up to speed and pumping in some impressive lap times.

With Callum sharing the car he was able to put himself up against another driver and throughout the day the times began to tumble. The big straights at Snetterton gave Callum a chance to open up the 3.8L engine twin-turbocharged V8 engine.

The circuit also gives a chance to put the car through its paces in all areas with long corners like Coram providing a completely different challenge to the tight hairpin at Montreal and chicane at Nelson.

As well as having a new car and circuit to learn mixed conditions made things even more difficult for Callum, but if anything it made the test more rewarding. It also left the team very impressed after Callum’s performance throughout the day.

Overall, it was yet another successful test for Callum who continues to show his versatility on the circuit. The result of the test has left Callum with a lot to consider for next season, but it has also given him a lot to be excited about! 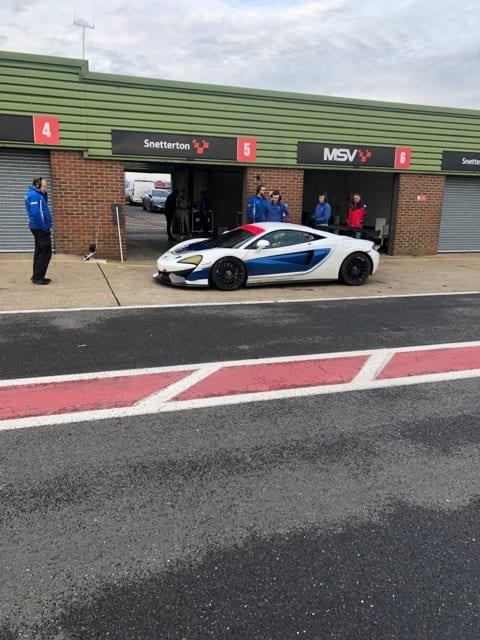