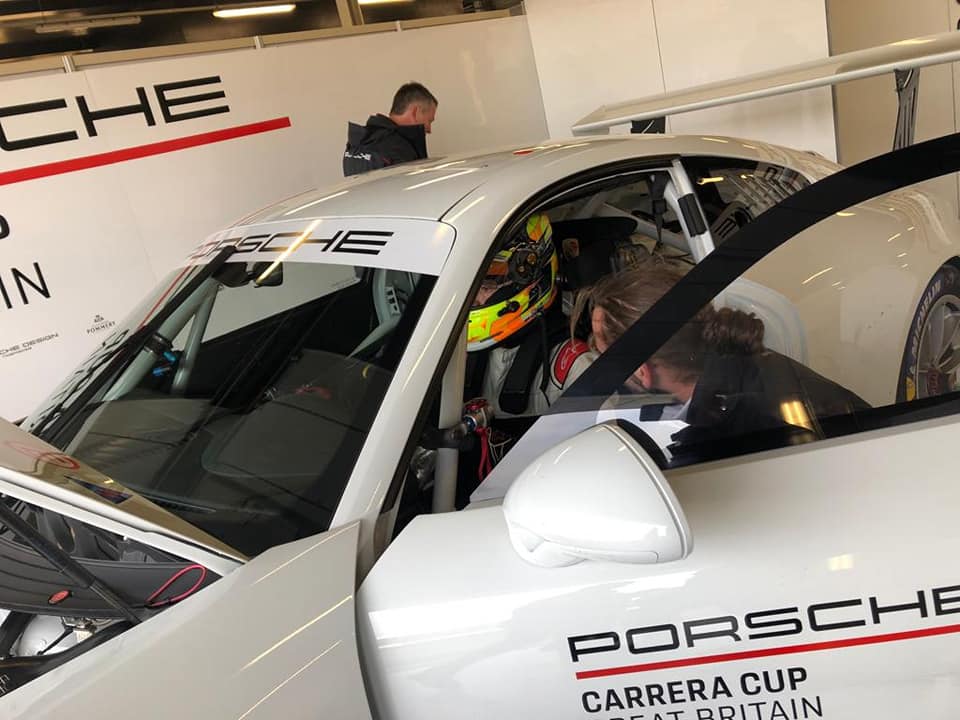 Callum Bradshaw was recently included in a test at Silverstone in a Porsche Carrera Cup. With Callum currently assessing his options for 2020 the test followed a day in a Lamborghini Super Trofeo. It provided the opportunity to get behind the wheel of another fantastic car and explore the options to compete in a series that races on the TOCA package supporting the British Touring Car Championship.

Testing at the home of British Motorsport is always a pleasure for any racing driver and it also gave Callum the chance to check out the new Great British Racing Drivers Exhibition where Callum is one of 119 drivers to be featured. With limited experience at the circuit Callum would have to adjust quickly before he could put the car through its paces.

The car Callum would be testing would the Porsche 991 GT3 Cup car, which provides a completely different challenge to getting behind the wheel of a Lamborghini. A series usually aimed at drivers in their second or third years of Motorsport it certainly would be a handful, but after his impressive performance in the Lamborghini it was no surprise to see Callum straight up to speed!

The car carries 485bhp making it the fastest single marque GT championship in the UK. It also provides a path to the Porsche Mobil 1 Supercup which supports nine rounds of the Formula One World Championship! For many drivers in the UK championship they will enter as a wildcard for the Silverstone Grand Prix and race in front of 100,000+ spectators.

There is no doubt it provides opportunities it is one of several avenues Callum is exploring for what is set to be his biggest season yet! Overall the test was very successful with Callum quickly getting up to speed with the car. With Silverstone providing lots of long straights and fast flowing corners it also gave Callum to push the car to its limits.

Keep an eye on the Callum Bradshaw Racing Facebook page for more updates on his 2020 racing plans which will be revealed in the next few weeks.