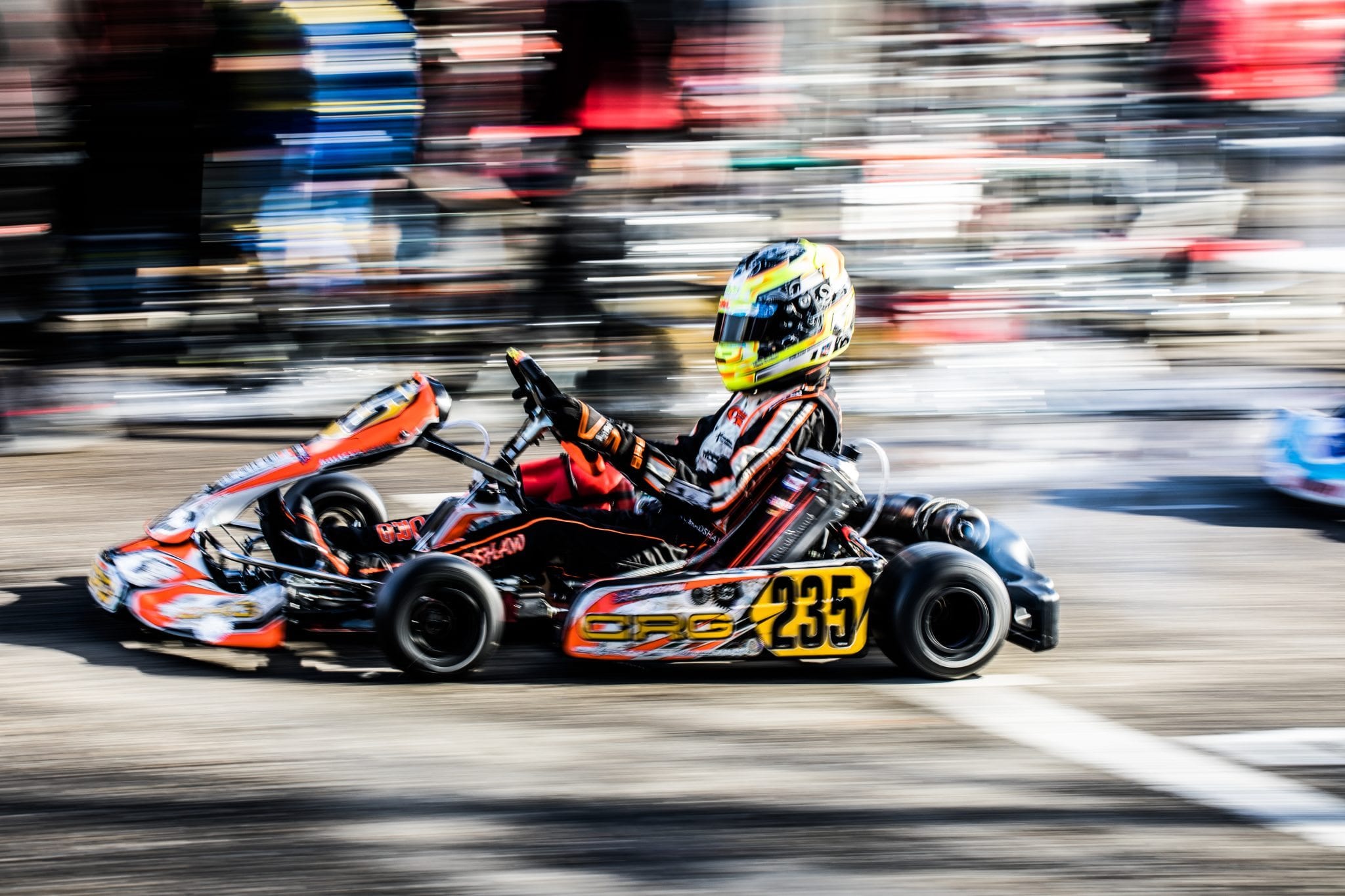 Last weekend saw round two of the WSK Super Master Series take place at the Castelletto circuit in Italy and for Callum it was a weekend of some bad luck, but positive improvements!

Qualifying on Friday took place in wet conditions which got just seven laps to negotiate around the tricky layout whilst trying to find some space to set a decent time. It proved a tricky task as Callum struggled and found himself down in 40th place overall. 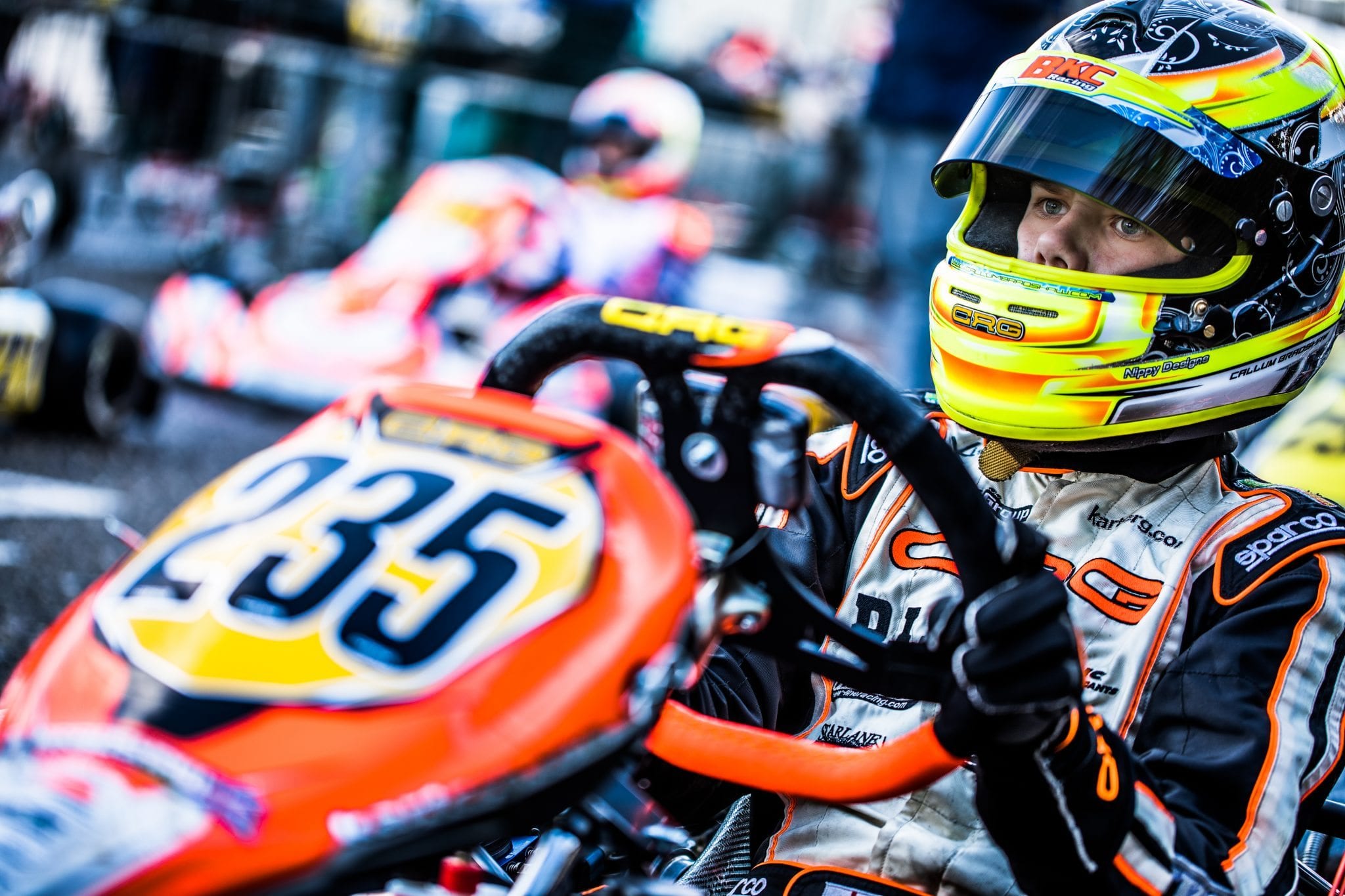 With such a positive attitude going into the weekend it was disastrous start and lots of work was now ahead in the three qualifying heats. Callum got off to a great start in his opening heats, with the track still wet Callum made ten places in just twelve laps to finish 10th place.

Heat two was a complete disaster, Callum didn’t even complete a lap and was classified down in 23rd place. However, he recovered that glitch in heat three with an 11th place. The track was dry and Callum was matching drivers in the top ten, if only he’d started further forward. 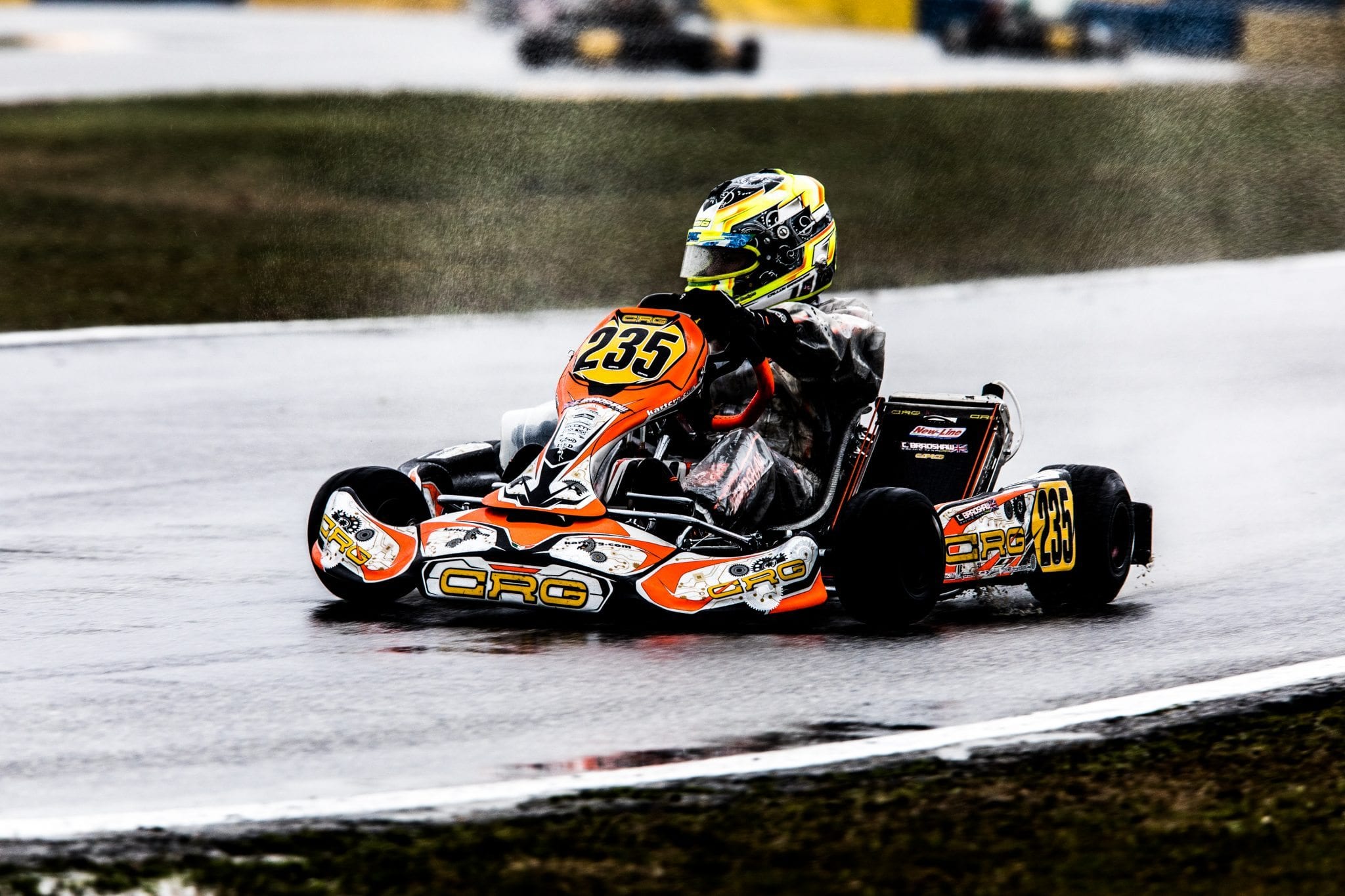 So, the combined results left Callum classified in 28th place, which is impressive considering his unfortunate luck in the second heat. It was already a gain of twelve places from qualifying and now he had a Pre-Final and Final to try and improve on that even more.

Callum went out in Pre-Final B and the track was the best it had been since qualifying! From 14th place Callum made steady progress to gain six places throughout the race and eventually finish 8th. His pace was impressive and he was matching the likes of David Schumacher who was 3rd! 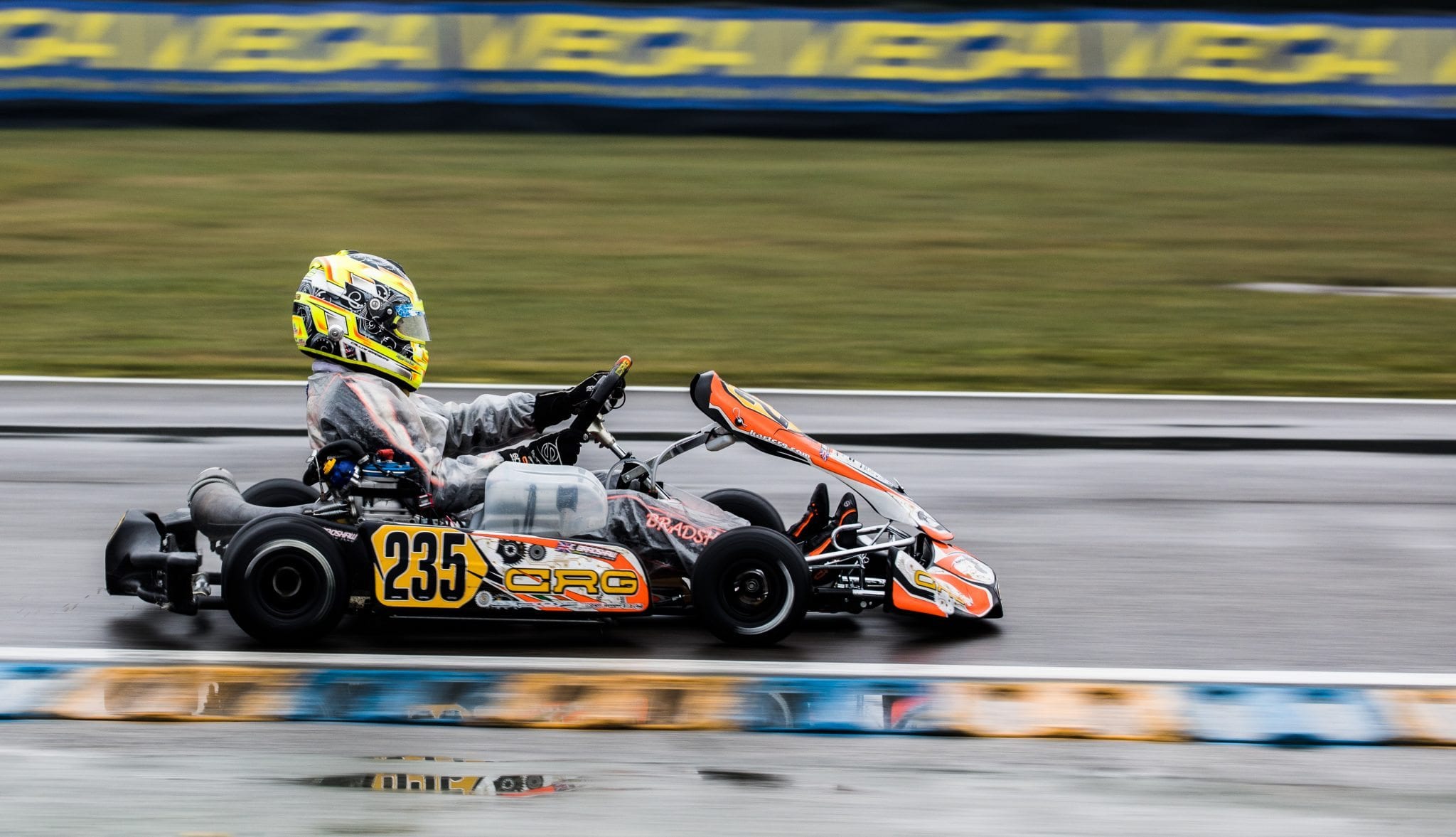 Callum started on the outside of row eight for the Final and being right in the middle of the pack was always going to leave him vulnerable to an incident. Unfortunately, he was delayed at the start and dropped to as low as 20th, but he got his head down and in a fiercely contested final worked his way through to 16th after just seven laps. That was before another incident saw him drop to 22nd place so yet more work was needed and to get back through to 15th at the flag was a great achievement.

It get’s even more impressive when you consider Callum was just four tenths off the fastest lap in a final that saw him constantly in a battle! Overall Callum made 25 places from qualifying to the final. 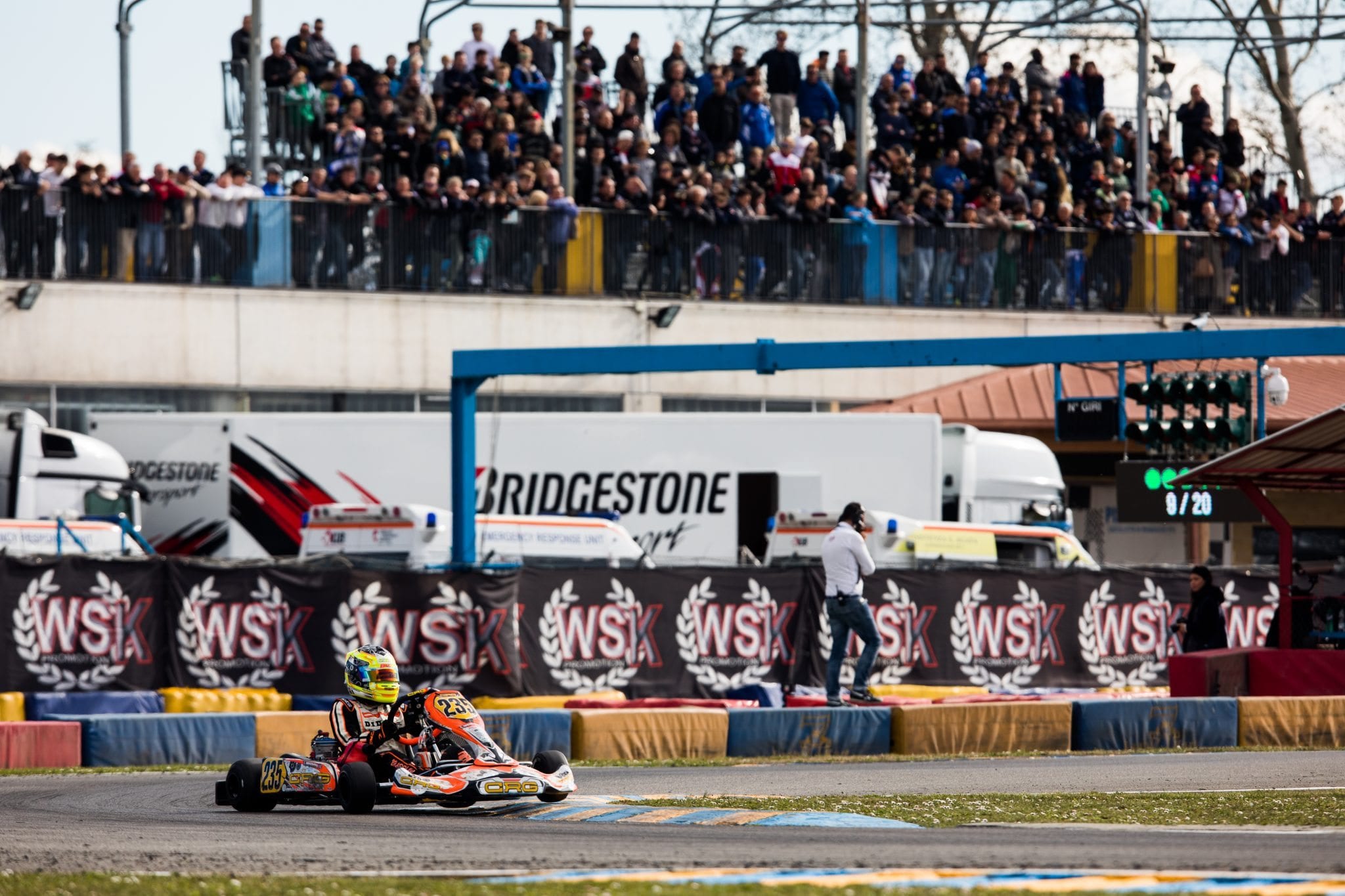 The result has left Callum 22nd in the series just one point behind last year’s European and World Champion, Pedro Hiltbrand!

On the weekend Callum commented: “It was a tough weekend at Castelletto, but in the final we was fast starting off p16. I was almost up to p10 mid way through the race, but an incident happened which lost me a lot of time. I am happy that I came back through to p15 considering how low we fell. I am getting to know the chassis and am improving every race, this is the plan for our WSK season and I’m hoping by the time we reach the start of the CIK races we’ll be in good shape to really fight for the results we know we can get. I’d like to thank the whole team for a great job!” 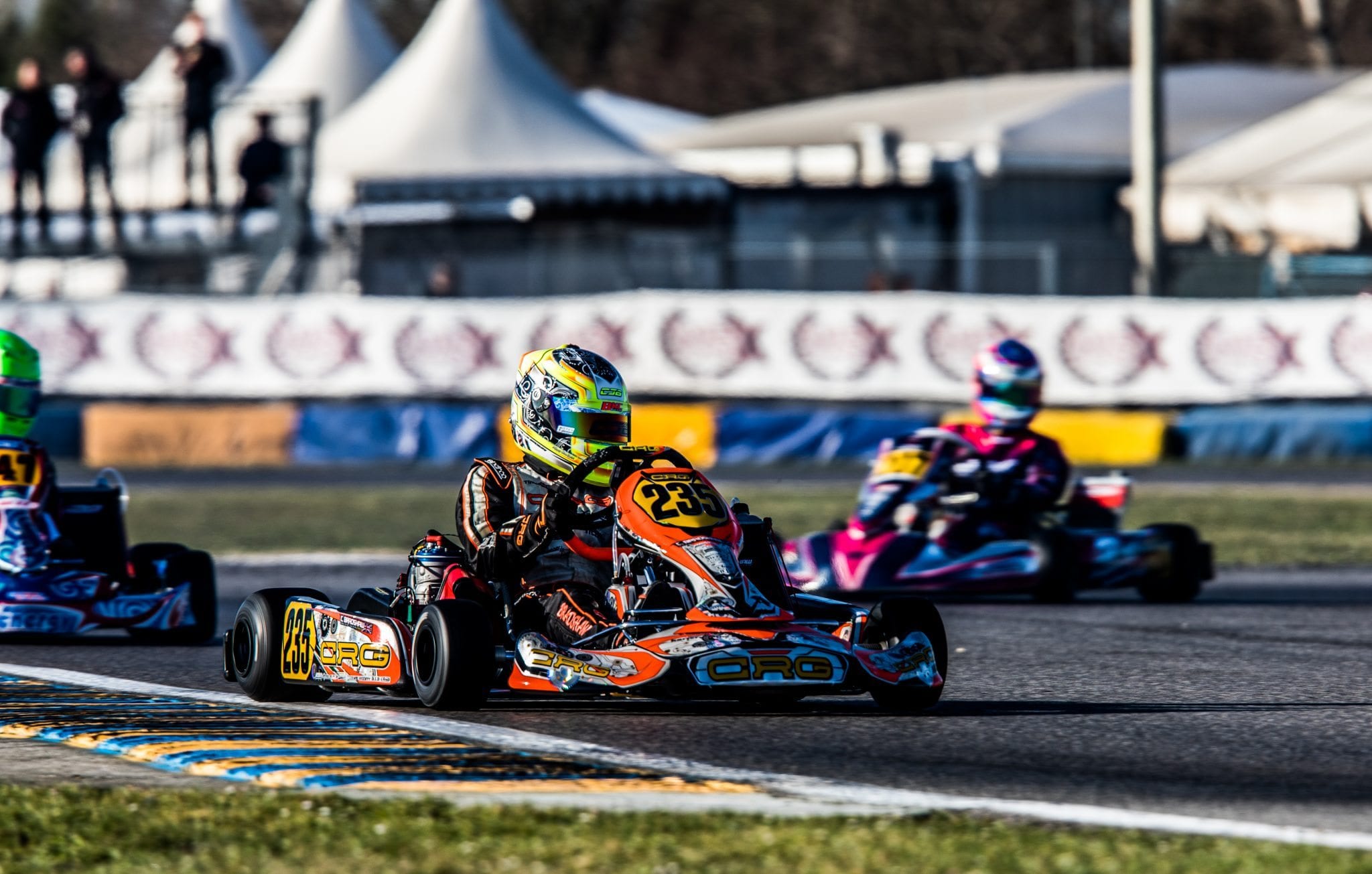 Callum will next be out for round three of the WSK Super Master Series at La Conca, Italy in two weeks.