Callum off to a flyer at Rowrah 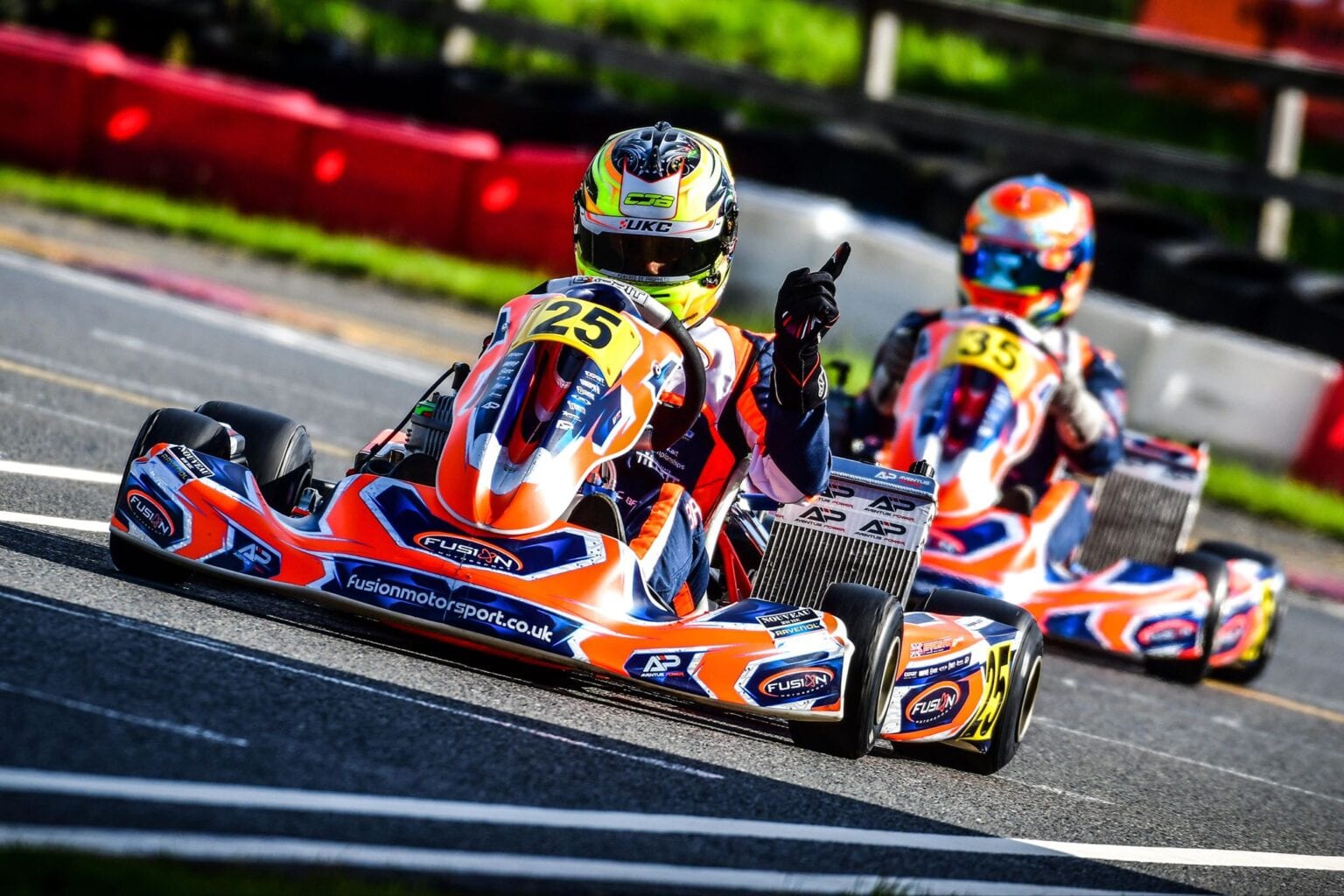 It was a perfect start to the season for Callum Bradshaw who took a maximum score home from the opening round of the Ultimate Karting Championship at Rowrah. Along with victory in both the Pre-Final and Super Final, Callum took extra points home for both pole position and fastest lap leaving him with the maximum 48-points score at the end of the weekend.

Although the grid was more contained than normal in Senior X30 it provided strength in numbers with at least half of the entry list capable of winning. It left many struggling to put their finger on a championship favourite, but after his performances at both European and World level last year Callum was confident of becoming the inaugural Senior X30 champion.

The Fusion Motorsport driver was in fantastic form right from the off. From the outside of row six in heat one, Callum stormed through the field to finish 3rd place setting the fastest lap along the way. Despite this being Callum’s first race since February there was no signs that he had been lacking track time.

Setting fastest laps would continue with Callum a very close 2nd to his teammate Connor Jupp in heat two before he would go on to take the win in the final heat from 6th on the grid. Although three very good results, the close battle for victory in heat three was an indicator that taking wins in the finals was going to be far from easy!

Starting from pole position in the Pre-Final, Callum asserted himself into an early lead with a gap of just under a second to Jupp after the opening two laps. As Callum exchanged fastest laps with his teammate the gap would hover at just under one second allowing for Callum to take his foot off the gas coming into the final couple of laps.

After fourteen laps Callum, would take the chequered flag first and with it twenty points along with an extra two for securing pole position for the Super Final. Now all that lay ahead between Callum and a maximum score was a fifteen-minute final which would see the Senior X30 drivers complete twenty laps!

As the race got underway Callum made a fast start to build a gap over the rest of the field bringing Jupp with him. By half race distance the pair had 1.5 seconds between themselves and the chasing pack leaving it a two-horse race. Callum would be kept very honest throughout, but his superb consistency would leave Jupp no option but to settle for 2nd handing the race win and 25 points to Callum!

It leaves Cal with a maximum score of 48 points having also taken the fastest lap and he now finds himself with a gap early on. His trend of making fast starts in championships over the years also continues.

It is too early to be thinking of the title, but it is fair to say Callum has now labelled himself the favourite with just four rounds forming the reduced calendar.

The next stop for the series will take place in just two weeks’ time at Whilton Mill, a track Callum had success on in the LGM Series.