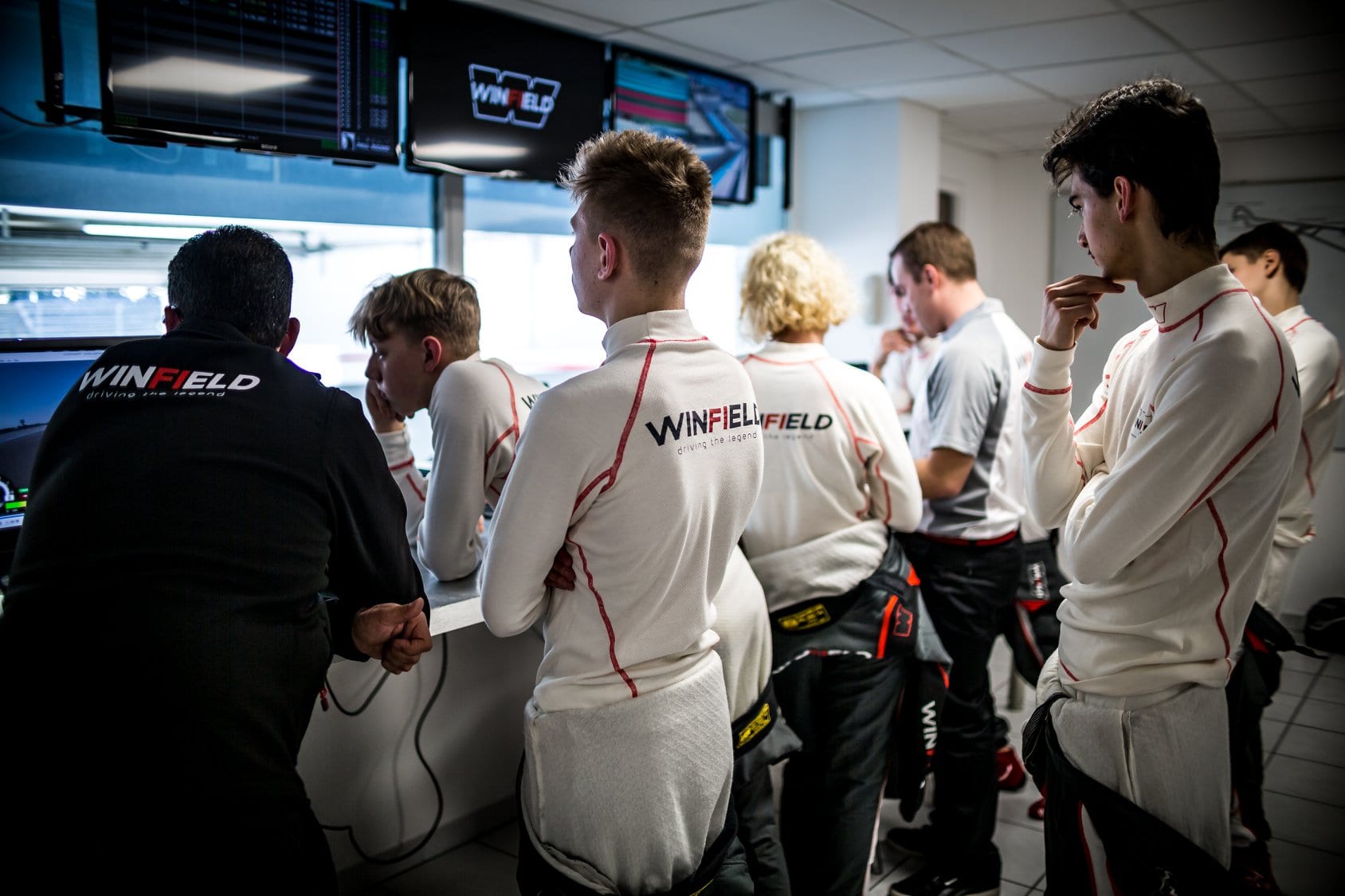 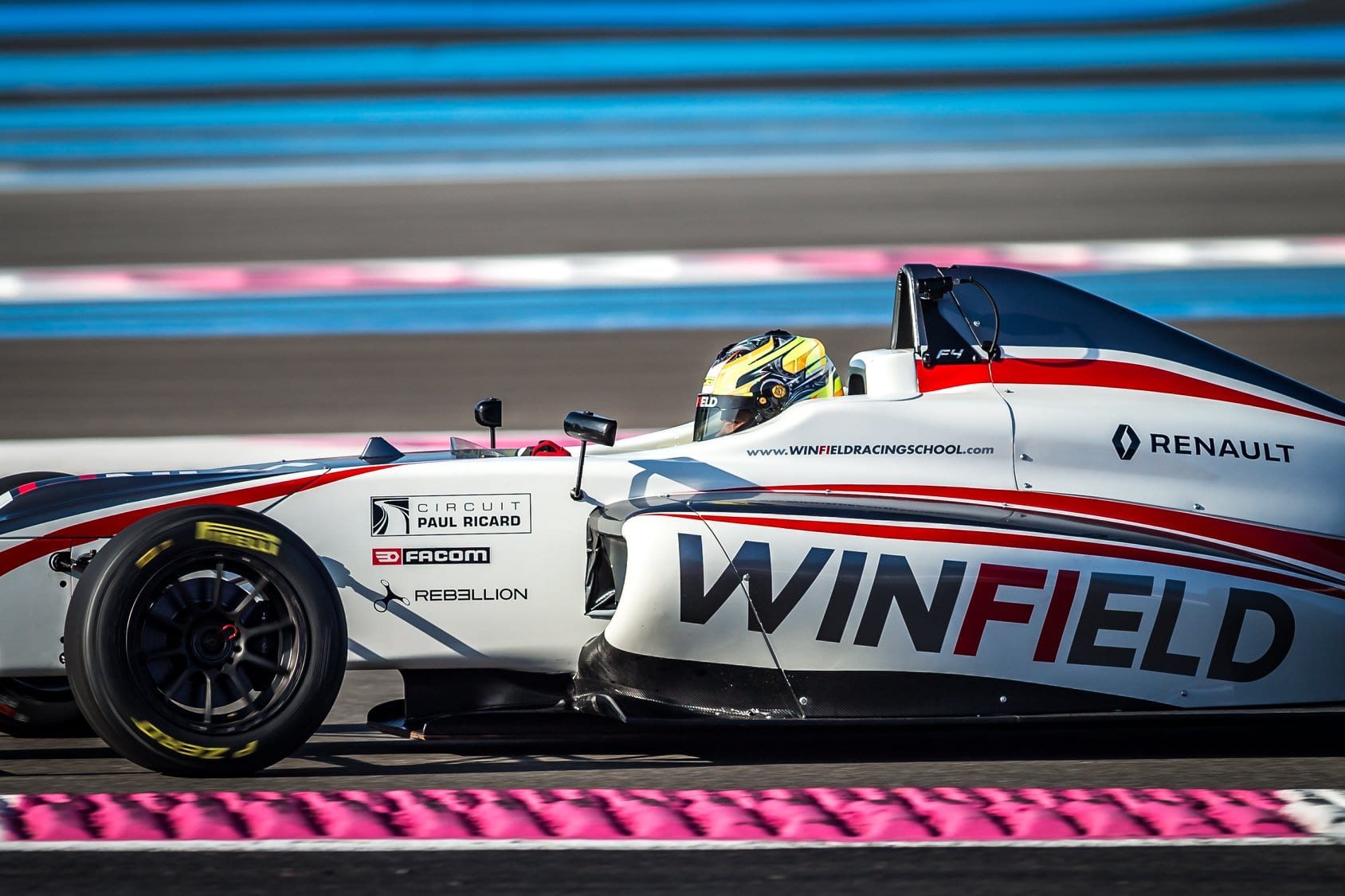 The Winfield Racing School held it’s 25th Volant Winfield scholarship programme after yet another successful year in 2018 which saw winner Caio Collet go on to comfortably win the FIA French F4 championship leading him to be picked up by the Renault Sport Academy. It was proof that the winner of Volant Winfield 2019, could very easily go on to do the same thing giving Callum a lot of determination, if he didn’t need it already!

The process would take place over three days at the Paul Ricard Circuit. Callum and his fellow 17 finalists would be judged over those days by star studded jury which included the likes of Jarno Trulli (Former F1 driver) and Eric Boullier (Former F1 Team Principal) with members from Paul Ricard, Winfield Racing School and the FFSA also represented.

Ove three days Callum would be put through a series of tests which included physical evaluation, interviews, theoretical courses before hitting the track in the very car he could be driving in that year. It was Callum’s first time in the car and first time at the very tricky Paul Ricard circuit, unlike many other of his fellow finalists, but that gave Callum a chance to show off his raw talent and ability to quickly adapt and learn. Something he has become used to in his career whilst racing in the FIA Karting European Championships.

It’s fair to say the process that Callum went through at Volant Winfield was intense and tough. All drivers were heavily put through their paces and after two qualifying sessions each on day three the jury would go off to deliberate and select the four finalists who would go into the final shootout. Callum would be one of those drivers to go through along with Hadrien David (FRA), Jules Mettetal (FRA) and Nicky Hays (USA). 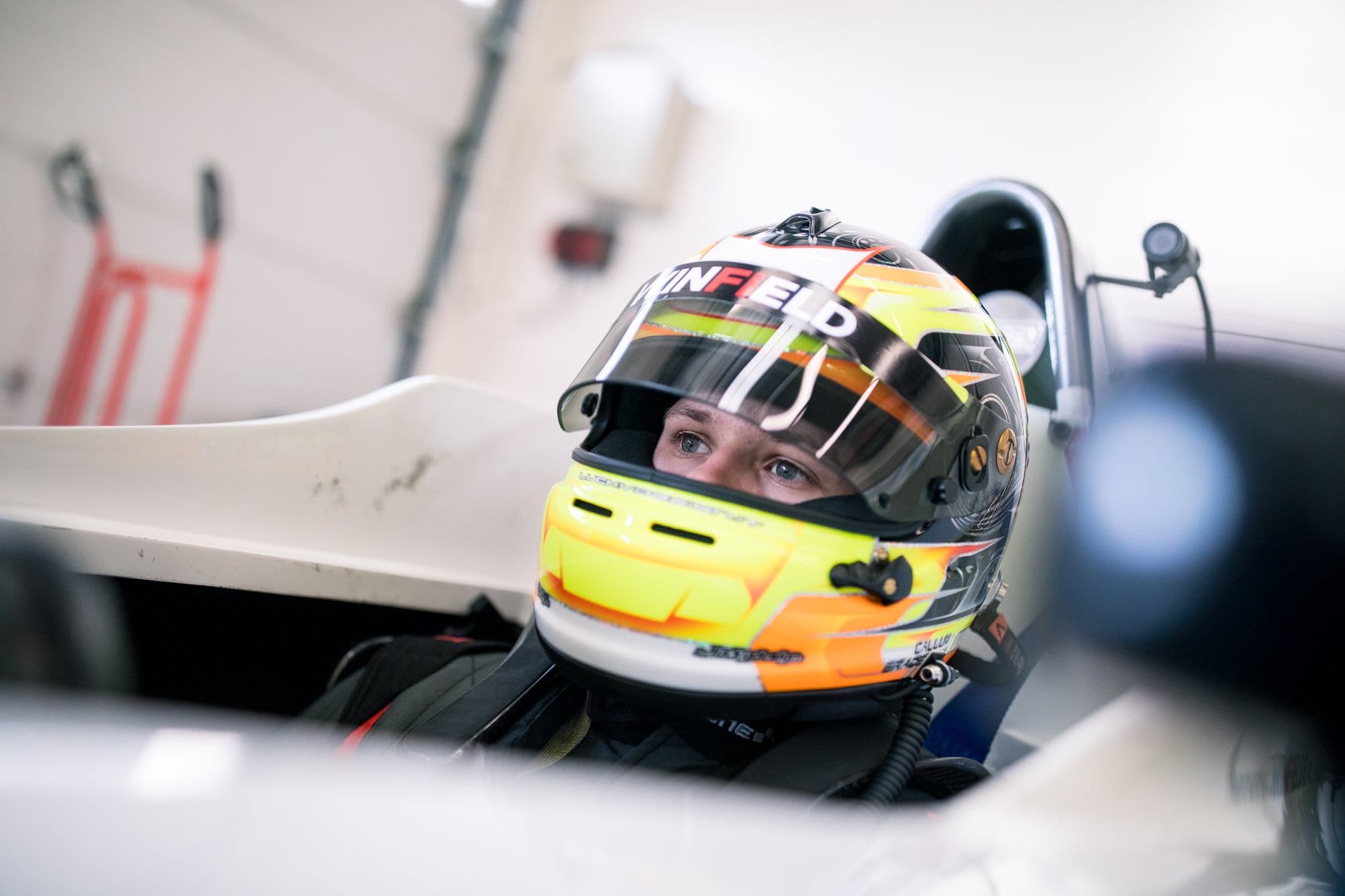 The final would consist of three more sessions in the car for the drivers with a further interview before the jury would enter their final deliberation. In those sessions, new tyres and brakes were introduced which was a first for Callum. As most do when experiencing this combination for the first time he unfortunatley flat spotted the tyres which would turn out to be the difference between him setting the time he would need to clinch the title. When the jury returned, the news was announced that Jules Mettetal had won the overall prize, but Callum’s efforts would not go unnoticed!

He was given a special award for his commitment against more experienced drivers something that he could be very proud of. It was an award that had come straight from a former F1 Driver and Team Principal and it was clear they saw something in Callum. Maybe it wasn’t his time on this occasion, but that recognition in itself will give him something to carry for the rest of his career and heading into what is an open book for the 2019 season. 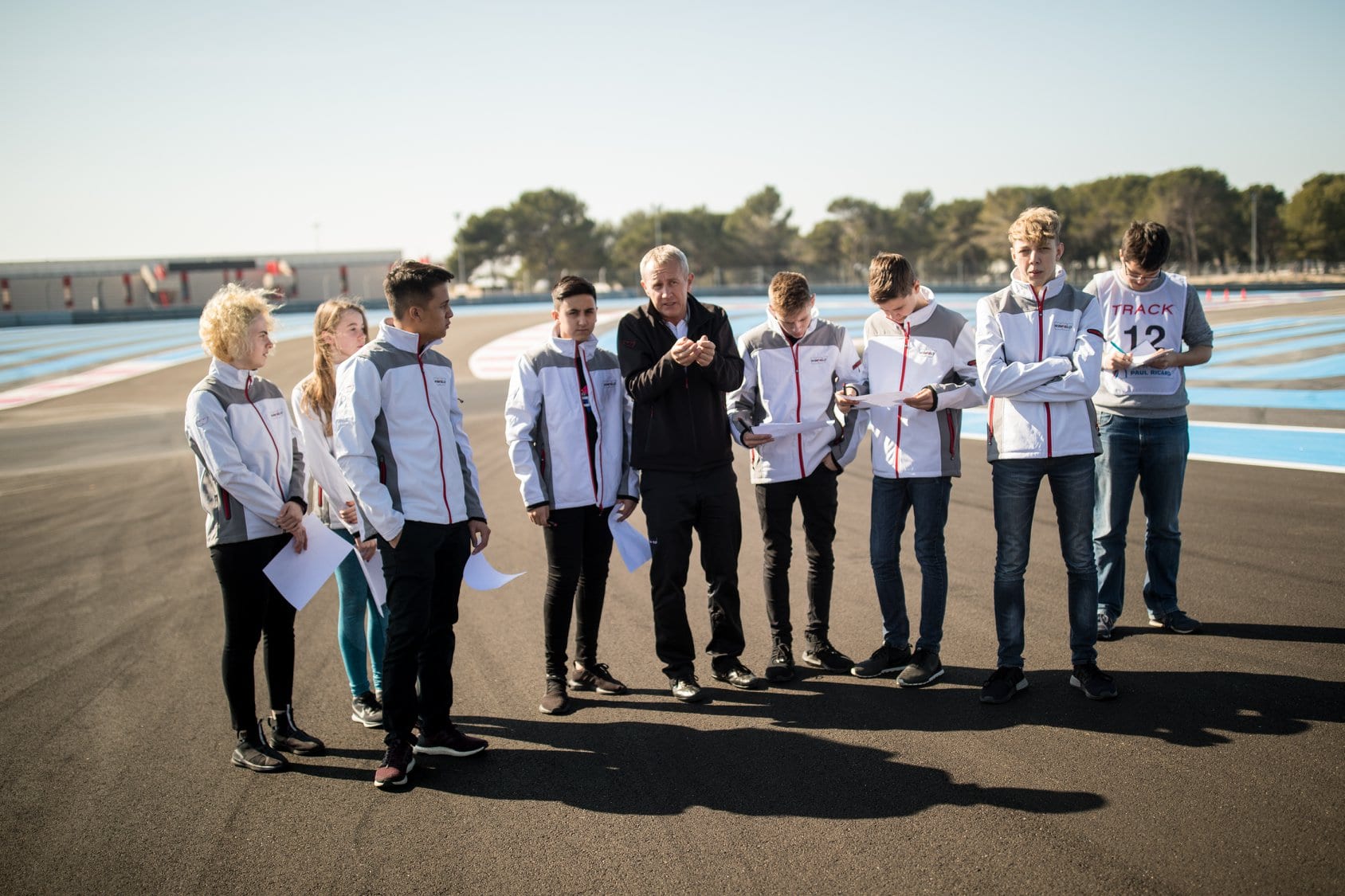 The experience Callum has gained out of Volant Winfield is something that would usually cost thousands and it’ll be a huge assist in his career. Whatever happens in 2019, Callum now already looks a stronger and more exciting prospect then he did just one week ago.

Callum Bradshaw: “The Volant Winfield was a great opportunity and I’m proud of the job I did. I was happy with how close I got to the people with far more experience than me. Having not been in the car since I was 15 I can come away knowing I surprised a few faces.”

Frederic Garcia, Winfield Group President: “Callum has really impressed the Jury members for his performance on track but also off track. On track, he did a fantastic job to be able to join the finale with a great lap time and good average lap times. He seems to be brave enough to be quick but, in the meantime, he has an amazing car control and the ability to build his speed and a strong run. He is clearly driving with his head. Off track, he has good overall evaluation, eager to learn a lot from all the experts and showing lots of respect for all the staff working on the event. In conclusion, Callum is a true talented driver. He needs to have his chance to show all his skills in a single seater racing series.” 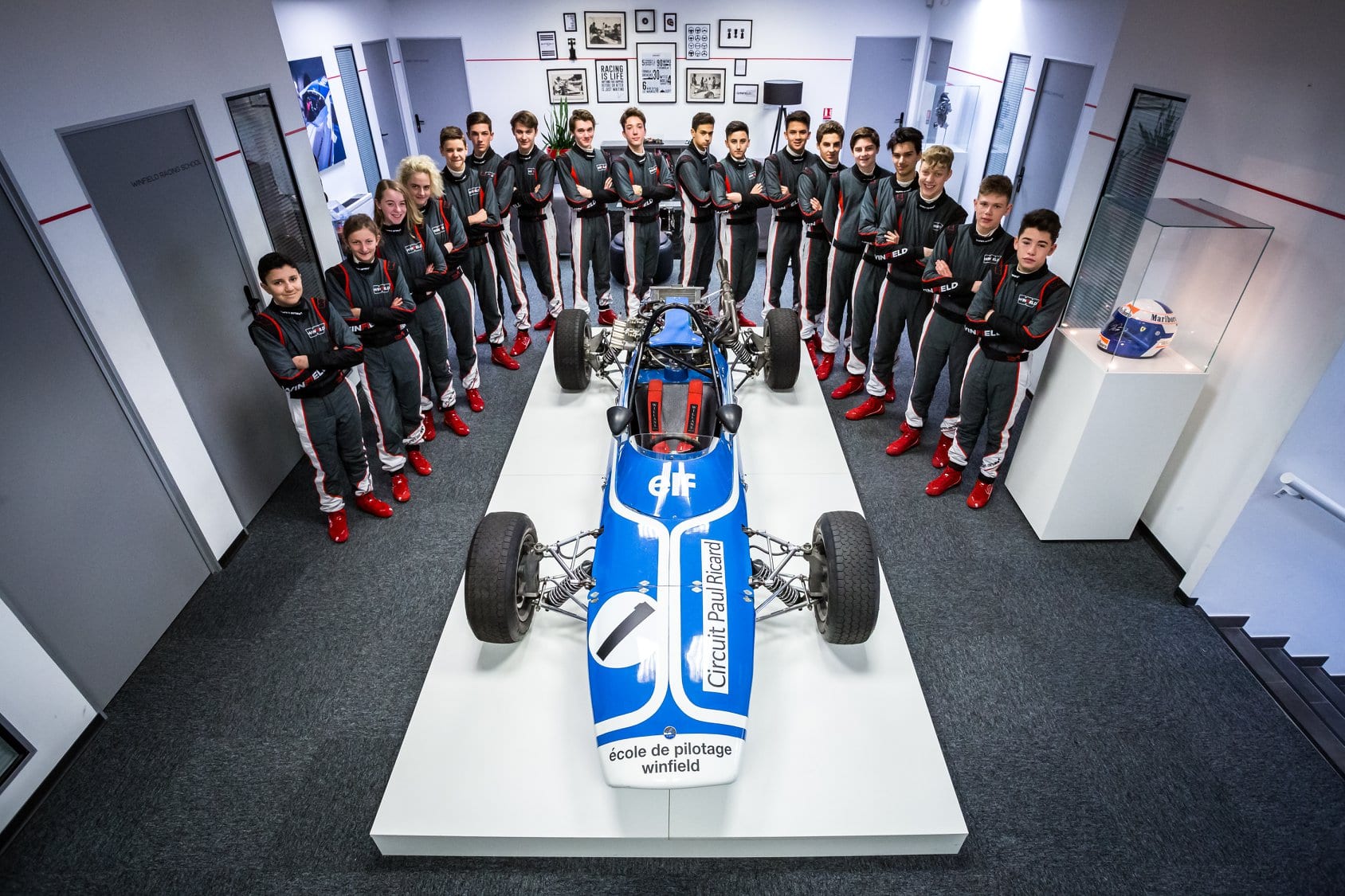