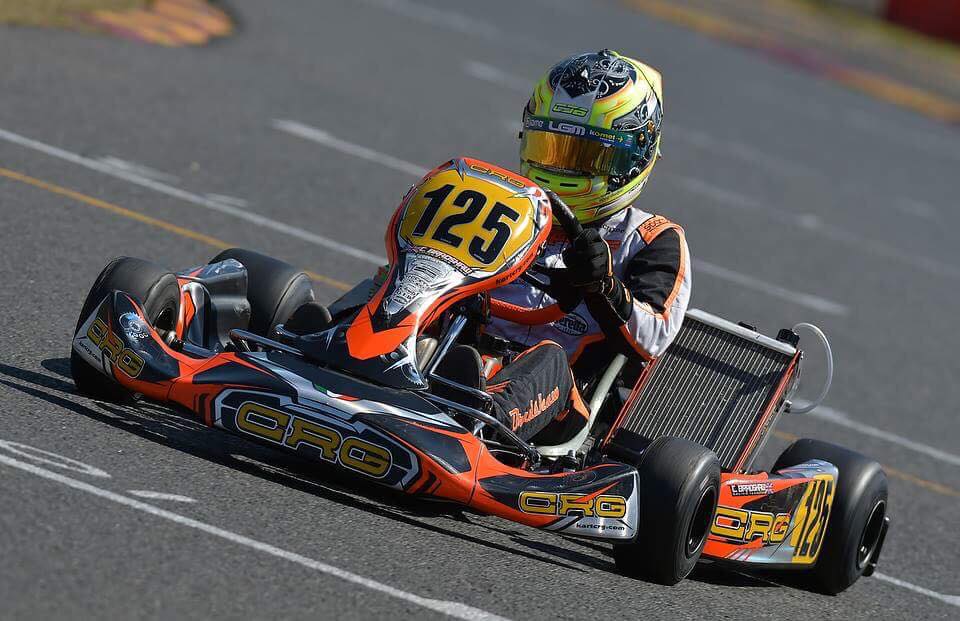 Callum came into the fifth round of the LGM Series on a roll after taking a podium at round three and completely dominating round four. Those results had kicked off Callum’s season and left him in good form heading to the Rowrah. The Cumbria based circuit is a driver’s favourite and always throws up good racing. It also holds good memories for Callum in the LGM Series so he came with the aim of a podium at the very least!

For the opening heat Callum would start from pole position and he took full advantage of that opening up a gap of one second straight away. Behind, Thomas Turner was setting some blistering pace, which only Callum was able to get anywhere near and he finished the race in a comfortable 2nd with the rest of the field almost two seconds back.

The second heat saw Callum starting back in 15th place and he made a brilliant start moving up to 8th place on the first lap. That quickly became 6th but Callum would hit problems on lap five dropping him down to 12th. Now trying to recover Callum set the fastest first sector of the race, but in terms of getting any kind of result the damage had already been done and Callum eventually crossed the line in 10th place.

Callum turned things back around in heat three moving through from 11th on the grid to finish in 3rd place. It was a brilliant result as it looked like 5th would be the highest he would get earlier in the race. Having got there within three laps Callum had over two seconds to 4th, but he had soon closed that gap down to move into 3rd by lap nine. From there it was too late to gain any more positions but 3rd place and a quickest second sector was a satisfying finish.

For the Final Callum would start on the outside of row two which was always going to be a tricky place to be going into turn one. That resulted in Callum dropping to 5th place and with the leader having broken clear he was now looking at a battle for 2nd. As Callum worked his up to 3rd over the next five laps the 2nd place driver had also made a break for it leaving him with the task of solidifying 2nd place.

Callum had no problems doing that and rolled home comfortable to take his third consecutive podium. Championship wise this was a fantastic result with Callum shooting up the order as each round passes.

The next stop will be Whilton Mill, a track Callum is a former club champion at so he’ll be looking to be back on the top step of the podium for the second time this season.