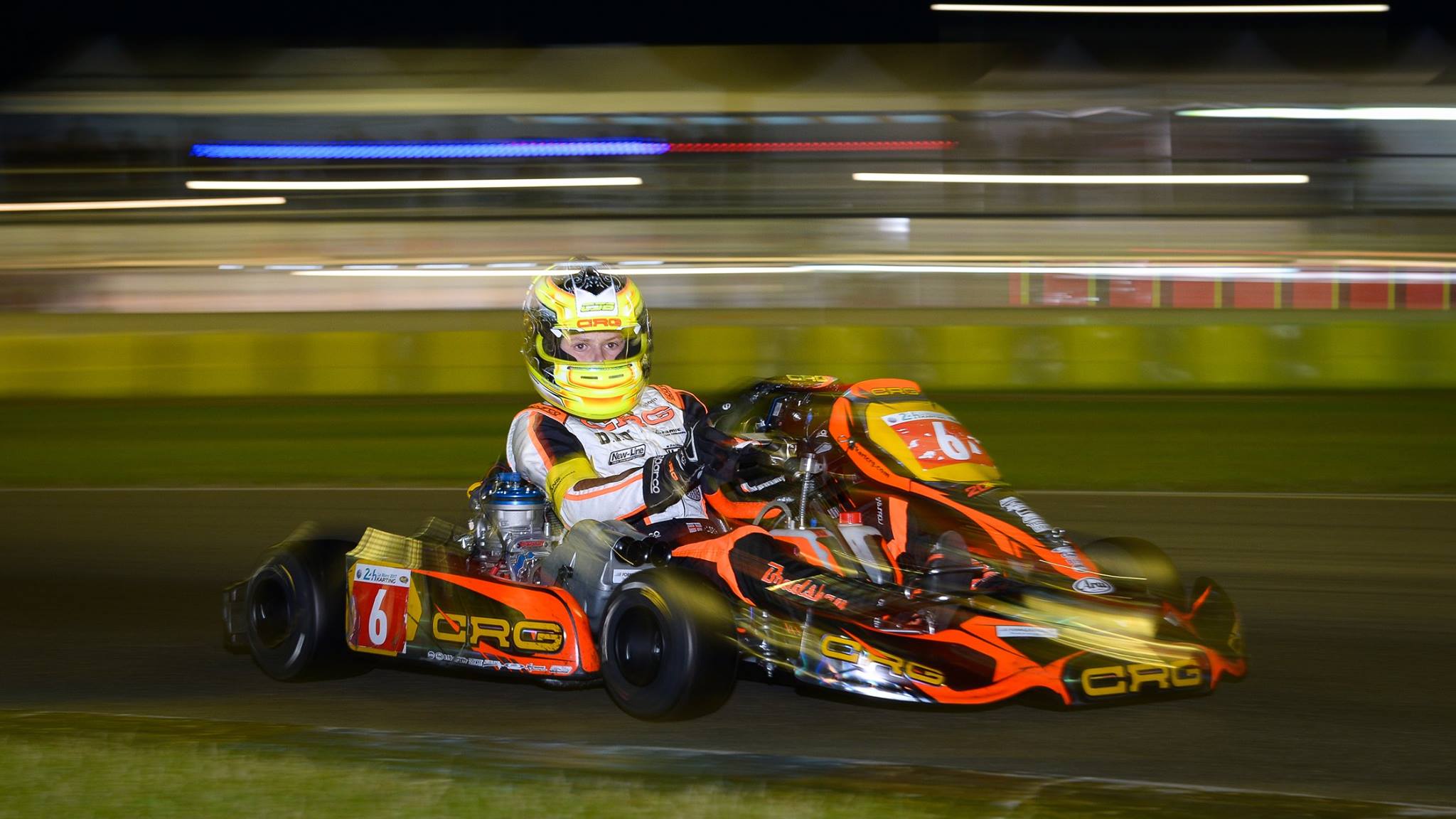 This weekend Callum Bradshaw will race in the historic Le Mans 24-hour Karting race, also known as the CIK-FIA Endurance Championship. Since 1986 it has been known as the most iconic endurance event in the sport, not only for it’s location, but for the legends that have competed in it. This will be Callum’s second year racing in the event with the CRG Factory Team and after finishing 2nd last year the team will be hoping to go one better this time.

A 24-hour race is a gruelling task for any racing driver. Whether it be in Karts or cars, lawnmowers or bikes it requires a huge amount of physical and mental endurance to just make it to the end! Tactically you need to be one step ahead of your opponents and work as a team for the entire race to stand any chance in standing on the top step of the podium.

CRG-SPA have put together a team of four drivers for this year and racing alongside Callum will be Paolo De Conto (2x World Champion), Pedro Hiltbrand (former World Champion) and Andrea Rosso. It is a hugely strong line up with a lot of CIK-FIA titles to their names and for Callum to be selected is a huge honour in itself.

As ever the race will take place at the Le Mans International Karting Circuit. It’s a track that Callum is very fast around and also the venue for the IAME International Final, where Callum is a double Vice Champion. It is a long circuit which has several flowing corners which will certainly become physically demanding as the race goes on.

The drivers will be racing with OK engines, which they have been using in the European and World Championships. Being very quick Karts another big part of the race is going to be managing the tyres and engine to reduce the amount of time that is spent in the pits. One mechanical fault can lose you the race and this will become particularly important the longer the race goes on.

Another thing to factor in will be the change of conditions throughout the night. The temperature is expected to drop by over ten degrees which means there will be a lot less grip and that could lead to big mistakes.

Looking at the entry list the competition is very fierce with both front running FIA drivers as well as event legends local heroes. The Sodi Kart team will be a huge threat with a driver line up of Tom Joyner, Bas Lammers, Alex Irlando and Anthony Abbasse. Other teams that feature some big names include Rouen GSK, Wintec, K50 Kart Mag and JFJ Performance.

However, CRG SPA will be seen as one of the favourites to several people for this weekend and Callum and his teammates will be out to get that CIK-FIA Endurance Championship title!