My journey to the FIA Karting Academy Trophy title: Part 3 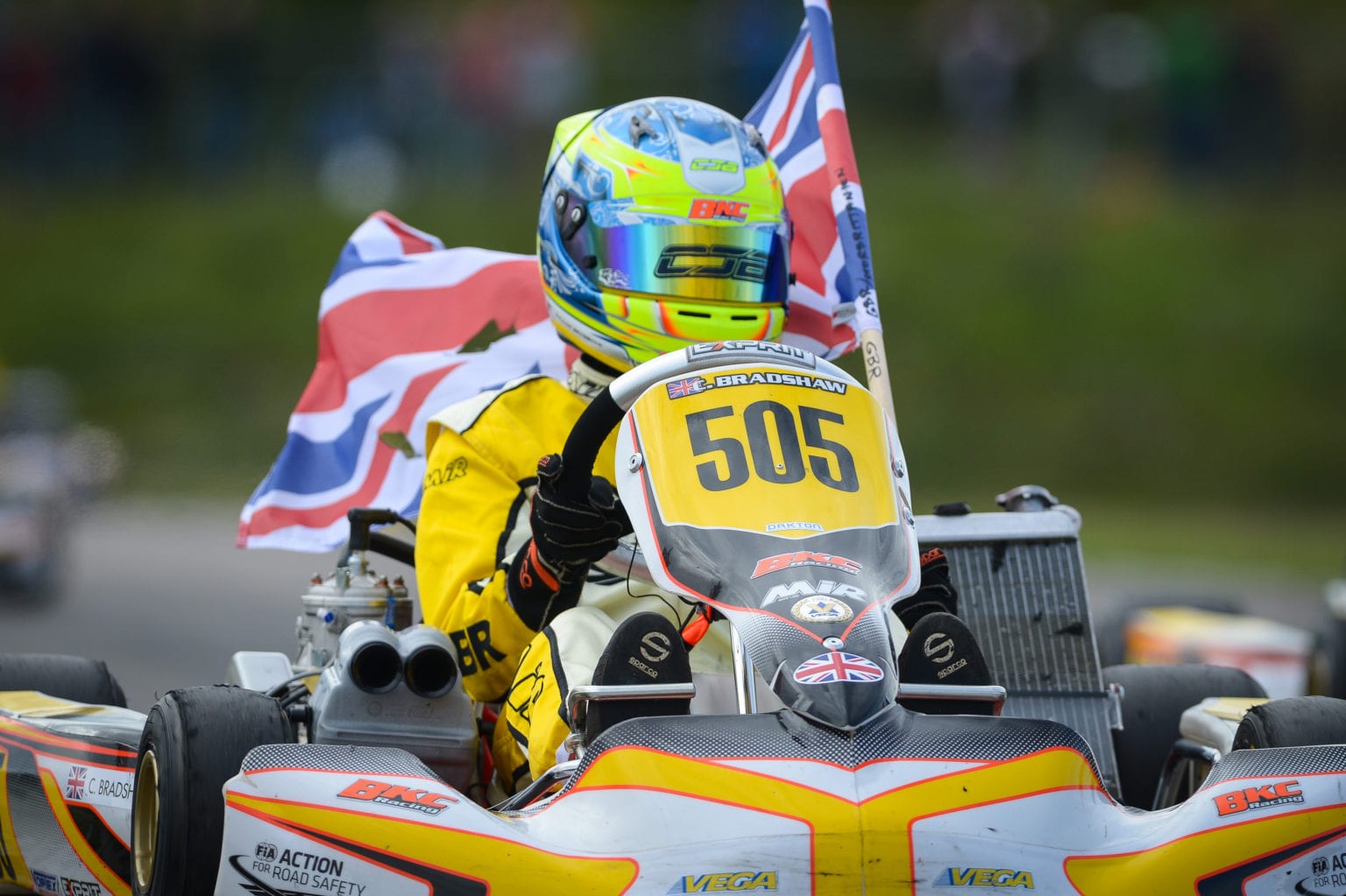 Coming into the final round of the season the hard work had been done when it came to the championship for Callum. Having scored 64 points out of a possible 70, Callum was now almost impossible to beat. It would take Xavier Handsaeme to go unbeaten all weekend for there to be any chances of Callum losing the championship.

However, as much as he’d had one hand firmly on the title Callum’s approach to the event was the same as any. Although winning was not important for Callum staying out of trouble definitely was, as any big penalties could take a hug effect on his overall points.

The prize for the champion would be a trip to Bahrain to race in the FIA Karting World Junior Championship with the Tony Kart Factory Team. They are the biggest team in the history of the sport and have worked with F1 drivers including 7x Formula One World Champion, Michael Schumacher.

On top of that, Callum become the first British driver to win the title which has been won by big names in the sport including Ferrari Formula One driver, Charles Leclerc.

The season finale would support the FIA Karting KZ World Championship and KZ2 International Trophy. A big event where the best of the best go head to head for World glory.

The track would be the Kristianstad Karting Club in Sweden, sitting at 1234 metres it was arguably the most demanding on the calendar. It’s layout rarely gives drivers a break and can be very stop/start meaning overtaking was possible in several places.

Although Callum didn’t get off to a flying start in qualifying, he did exactly what he needed to do by keeping himself out of trouble and a 16th would still leave him on the inside of row six for his heats. With Handsaeme down in 32nd even by this point the title was all but confirmed.

As the heats got underway, Callum upped his pace and put in two solid performances to take a 6th and 4th place finish. Being one of the quickest on track in his second heat showed he had the pace to fight for the race win.

The improvements in the heats meant Callum would start the Pre-Final from 6th place. His points scored in the process would be dropped, with all drivers dropping their lowest points score from the heats and final at the end of the season.

Keeping a clean pair of heels at the start, Callum avoided any dramas and crossed the line at the end of lap one in 8th place. With twelve more laps ahead, Callum slowly picked his way through the pack before eventually getting into 4th five laps in. That would soon become 5th as Callum moved aside for a hard charging Kas Haverkort and from there he would sit comfortably in position to the flag.

All would go to plan with Callum crossing the line in a comfortable 5th, it meant Callum had the chance to go out and style as well as enjoy the final race of the season.

And that he certainly would as he found himself involved in a brilliant battle for 2nd in the early stages of the race. As entertaining as it was to watch Callum briefly dropped back to 5th after climbing up the order at the start and by the time he was back into 4th the top three had managed to build a two second gap.

With just over ten laps remaining Callum got his head down and was soon closing in, but with the top three not battling the challenge would become more difficult. Over the next five laps Callum would take over a second out of local driver, Alfred Nilsson in 3rd but wasn’t quite able to get the advantage down enough to battle for a podium.

It meant Callum would have to settle for 4th, but where he finished really didn’t matter. What did, was that he had done everything needed to do over the weekend and was crowned the 2016 FIA Karting Academy Trophy Champion! He had become the first British driver to win the title and had repaid Motorsport UK for the faith they had put in him as just one of two drivers chosen to represent our nation.

Callum had won the championship on the biggest stage in Karting by a staggering 18 points! An impressive margin given everyone was on identical equipment.

That highlighted Callum’s talent in the sport and doing it on the World stage meant he would soon be a hot prospect as factory teams began the search for their 2017 driver line ups.

Before all that, Callum would get ready to jet off to Bahrain to race with the Tony Kart Factory Team!

Read about what happened next for Callum at the World Championships next Thursday.