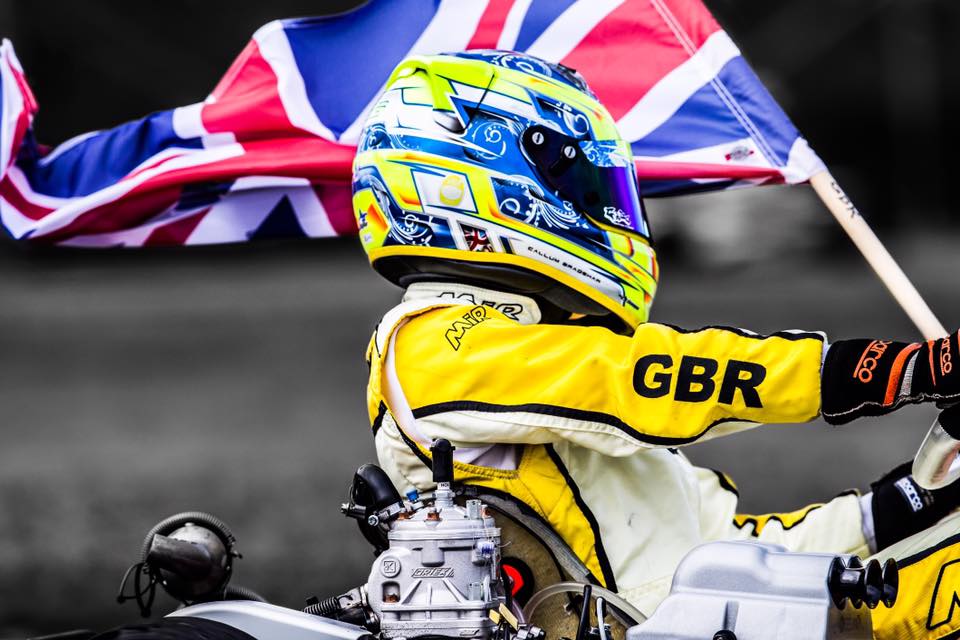 The final part of my top five career highlights will see me end with what has probably been the most memorable moment in my career. A chance to represent my country in the FIA Karting Academy Trophy and put the British flag above the top step of the podium for the first time in the championships history. It was an opportunity few drivers get and they get one real shot at going for the top step and to do that successfully against the World’s best is something I will always be proud of.

On top of the World

The FIA Karting Academy Trophy is a championship ran on the World stage, where countries select a maximum of two drivers to represent them in the three-round championship. All drivers are given identical equipment at each round to create a fully level playing field making it a competition between just the drivers, rather than teams as well.

Everything down to the drivers being under the same awning and in the race suits is the same and in 2016 Callum would be one of two drivers chosen by Motorsport UK to compete on behalf of Great Britain.

Since its creation in 2010, up until that point no British driver had won the championship, Ben Barnicoat came very close with his 2nd to Charles Leclerc in 2011 and Callum’s goal was to change that. The calendar would be made up of three rounds and three very different tests in Essay (France), Portimao (Portugal) and Kristianstad (Sweden). Points would be scored in finals as well as the qualifying heats making consistency very important with drivers dropping their lowest final and heats score at the end of the season.

In such a short calendar, it is crucial to get off to a good start and Callum couldn’t have done any better! After qualifying 2nd overall Callum took advantage of starting on pole positon for heats by winning both races and putting himself on pole position for the Pre-Final giving him a maximum score of ten points. On finals day Callum, would put in two faultless performances to win both the Pre-Final and Final in impressive fashion making him unbeaten in the races all weekend and with that he would score a maximum of 35 points to start the season.

With Callum now effectively having one hand on the trophy all he had to do at round two was be sensible and take home a solid haul of points. After qualifying 3rd Callum completed that first step and from there he would follow Xavier Handsaeme in both the heats and final to score 29 points and put himself in a position where he would not have to score any points at Kristianstad.

For Callum to lose the championship at Kristianstad Handsaeme would have to get a maximum score so for Callum he just needed to keep a clean pair of heels and, if necessary, stop that from happening.

When the heats were completed on Saturday with Handsaeme down in 30th Callum had effectively won the series making Sunday a day Callum could enjoy and get ready to celebrate.

Although there would be no need to Callum still fought for a podium finish with a 5th in the Pre-Final followed up by a 4th with Callum cruising to the line as he celebrated becoming the first and only British champion in the FIA Karting Academy Trophy. Something that still stands today.

With it Callum would receive his prize of competing at the World Championships later that year in Bahrain with the Tony Kart Factory Team before being signed as a CRG Factory driver shortly afterwards.

It as an achievement both Callum, the team and Motorsport UK are all very proud with drivers being selected by MSUK every year to go out and try and replicate his achievements. It was a year where Callum conquered the World, something he will be aiming to do again this year when racing returns. Watch this space!