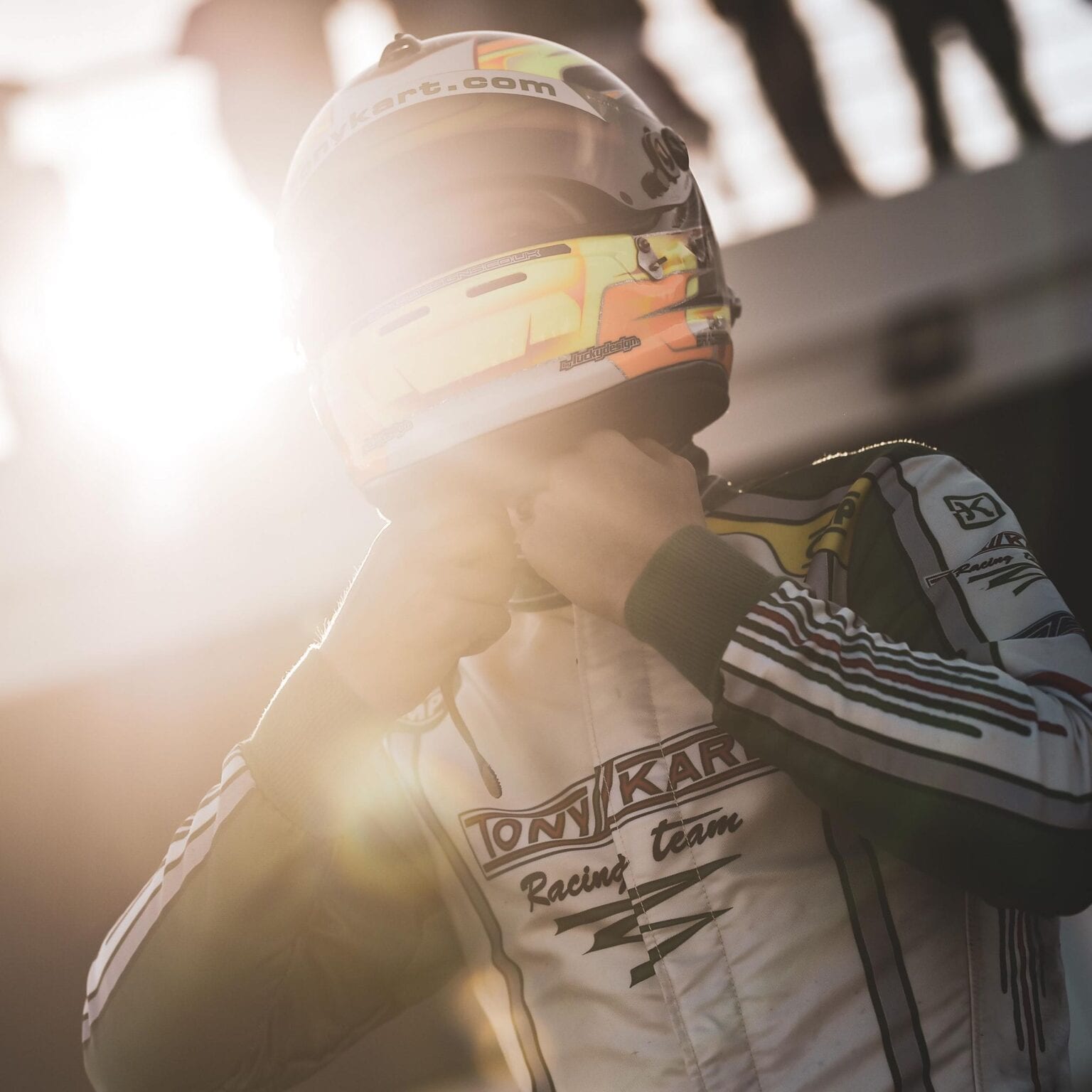 Next weekend will see Callum officially begin his first full season as a factory driver for the Tony Kart Racing Team. The reigning World Champion has come off the back of a breakthrough result for both himself and the team and comes into the 2021 looking to further build on his achievements. With the season set to kick off in just a few days time here is what’s ahead for Cal this year.

Having joined the team in August last year, Callum only had the chance to race at the European Championship finale at Wackersdorf (GER). Now with plenty of testing under his belt, and a World Championship victory to go with it, Cal will be hoping for nothing less than a win.

The European Championship will be made up of four rounds in total which will kick off at Zuera (ESP) on the 15th April. Callum raced there in the FIA Karting Academy Trophy back in 2015 qualifying 4th for the final, so it’s a track he has proven ability on over the years. Following that will be a trip to the prestigious Genk circuit in Belgium where Callum achieved a similar result in 2015.

The second half of the season will begin at Essay in France, a place with many happy memories for Callum. His last visit to the circuit in 2020 saw him go unbeaten all weekend in the IAME Euro Series season opener and he also finished his European Championship campaign there in 2018 with a 6th place. The season will then conclude on the 11th July at Sarno (ITA) where Callum will be hoping to wrap up the European title for the Tony Kart Racing Team for the first time since 2008.

Arguably the most exciting race on the Callum’s calendar next year is the one which will see him defend his World title.

The World Championships will take place at the Birigui kart circuit in Brazil on the 31st October. An exciting prospect which will see Callum racing in South America for the very first time. Having travelled around Europe, North America and the Middle East it’s a challenge Callum is extremely excited for.

The circuit is 1280 metres in length and despite its residency it has been built to standards worthy of a venue for the event and will provide a unique and unforgettable challenge to all drivers.

The Champions Cup and Super Master Series will provide an opportunity for Cal to get himself ready for the European Championships in April. Whilst the Euro Series and Open Cup will provide a further platform to compete throughout the season. The Final Cup will be a chance to end the season on a high before going into 2022.

With all events taking place in Italy it should ensure safety during very difficult times for Callum who will base himself with the Tony Kart Racing Team during the very congested season.

Champions of the Future

Callum could also be set to make appearances in the Champions of the Future series which will feature two of this years European Championship venues including Zuera and Genk. The newly built Franciacorta (ITA) will host round three with the season ending at Castelletto in August.

Although the current crisis could impact how the season plays out, on paper it is set to be very exciting! With testing already underway in Italy, Callum is extremely excited to get started at Adria next weekend.