A tough start for Callum at Champions Cup 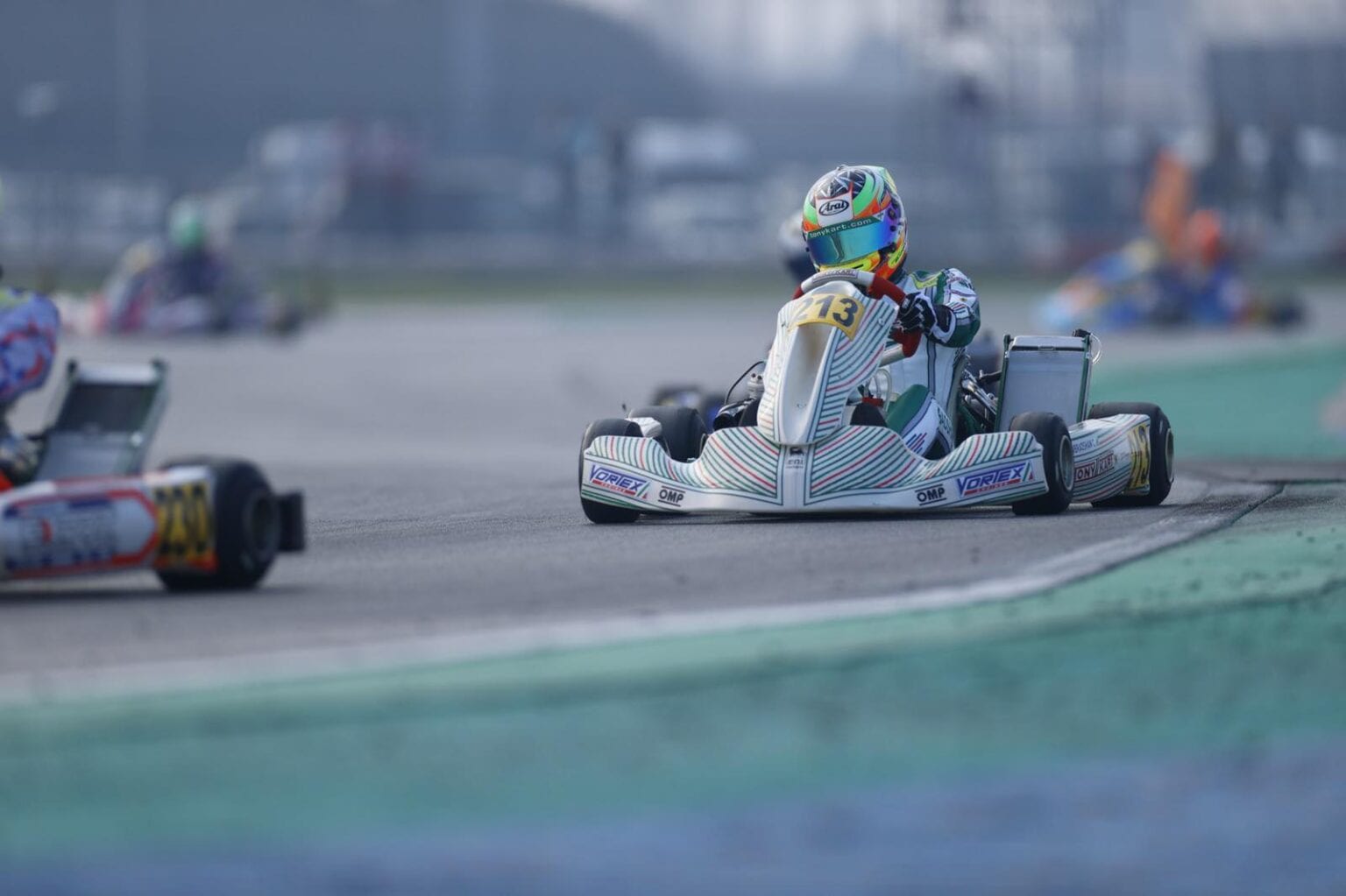 Last weekend saw the season officially begin with the annual WSK Champions Cup at Adria Raceway. After winning the World Championship last year, Callum began his first full campaign with the Tony Kart Racing Team with Adria the first stop on the calendar. After limited test days and just four races under his belt with the team, Callum is still finding his feet but there were still plenty of promising signs for him to take away from the first race of the year.

The WSK Champions Cup is a one off event that traditionally kicks off the international Karting season. It always acts as a warm up race to the start of the WSK Super Master Series which begins its first of four rounds at Adria this weekend. Despite ending last year on such a high it was time for Callum to put his feet back firmly on the ground and get back to business as usual.

With 66 drivers entered in total the event was set to be as competitive as ever, but from the off it appeared that it was going to be a tough weekend for Cal. In qualifying things never quite came together and despite being withing 0.3 seconds of his teammate, Joe Turney, Cal was left down in 32nd place.

The result meant a row seven start for all four of his heats and being in the middle of the pack led to some very challenging heat races. Despite this Cal would gain ground in all but one race, with his best result coming in his third heat where he took a 7th place finish showing an improvement in pace.

The results moved Callum up to 24th after the heats leaving him 12th for the Pre-Final. After a tricky start to the race which led to the field being vastly broken up, 10th would be the best Callum could manage which would put him on the outside of row ten for the final. Not an easy place to start, particularly on the outside of the grid!

Unsurprisingly Callum was left in the midfield scrap which saw him losing further touch with the lead pack on every single lap. It left Cal unable to get any kind of momentum going and quickly seeing his tyres being used up early in the race with avoiding incidents being half of the race for him.

Although Cal put in times on par with his teammates who were fighting well within the top ten, sadly there was just too much work to do and he would have to settle for 17th place in the end.

Not the result that Callum wanted to start his first full season with the team, but he has the opportunity to quickly recover at the first round of the WSK Super Master Series at Adria this weekend.

Callum Bradshaw: “It was a difficult start to the 2021 season for us. We struggled with pace and with that we finished out of position. However, I will be doing everything to fight back this weekend and get back to where we belong. Let’s see what we can do in the first round of the WSK Super Master Series.”