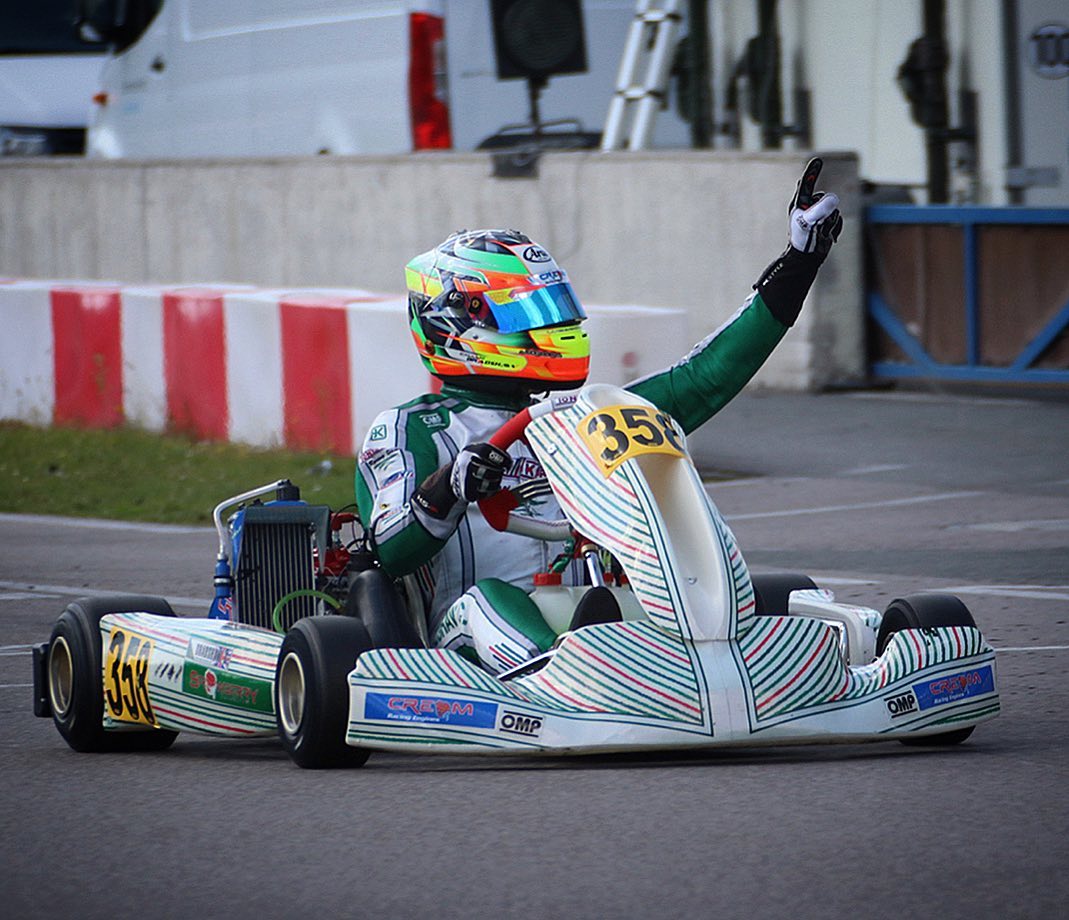 It was another weekend to remember for Callum Bradshaw in 2021, as he headed from Belgium over the border to Germany. High on the success of Genk and securing the IAME Euro Series title, Callum was in with the goal of securing his third European title of the year at the final round of the Rotax Euro Trophy at Wackersdorf (GER).

After a superb championship assault to date, taking a double podium at round one in Genk, a pair of wins at round two at the infamous Adria Raceway and another double podium in Muslen. Bradshaw headed into the final round as a hot favourite to take the title.

The weekend got off to a fantastic start, with Callum using his knowledge of the Wackersdorf circuit to his advantage to secure 2nd overall in a highly competitive field. This was the ideal start to the weekend, allowing the World Champion to build a strong weekend from the offset. Heat one opened up the racing and the Tony Kart driver got straight down to business, fighting hard for the win from the offset and applying the pressure early on. Come the flag, it would be 2nd place and a Strawberry Racing 1-2 finish. A great start to the racing for both Callum and the team.

Heat two is when the real action began to heat up and Callum truly put down the benchmark, with a dominant display securing the win by over three seconds and making his intentions very clear. This was the ideal start to racing for Callum, now sitting in provisional pole for the first final. The third and final heat would see a similar display of domination from the Brit, as he would lead early on, pulling away from the pack and securing another fantastic win. This set of results put Callum second overall, once again within a Strawberry dominated front row. Now with the finals and championship on the line all was to play for when lights went out.

As expected the first final was incredibly intense with a full grid of drivers pushing beyond the limit and fighting hard for each and every position. Callum had the same idea and was working hard to optimise his result and points in his bid for the title. As the race went on the leaders emerged with Callum sitting comfortably in 2nd. This would be his finishing position behind his teammate. This now put Callum in the box seat heading into the second final and he was leaving nothing to chance.

As lights went out, it was straight down to business and Callum quickly found himself hot on the heels of the leader and making a move to take charge of the race. From here, it was head down and no looking back. Callum secured the win and the title in doing so, once again continuing his European domination and asserting himself with the greats of the sport.

The win put Callum top of Europe in both the IAME and Rotax classes, something that hasn’t been achieved for a very long time. It also put the team and manufacturer completely in charge of Senior Karting and also landed Callum a ticket to represent Great Britain in the famous Rotax Max Challenge Grand Finals in Bahrain later this year. In his first ever year of racing Rotax, that is some achievement!

Another fantastic championship to add to the tally in what looks to be a year in which Callum is untouchable. Can anyone catch him?