Bradshaw one lap away from epic win! 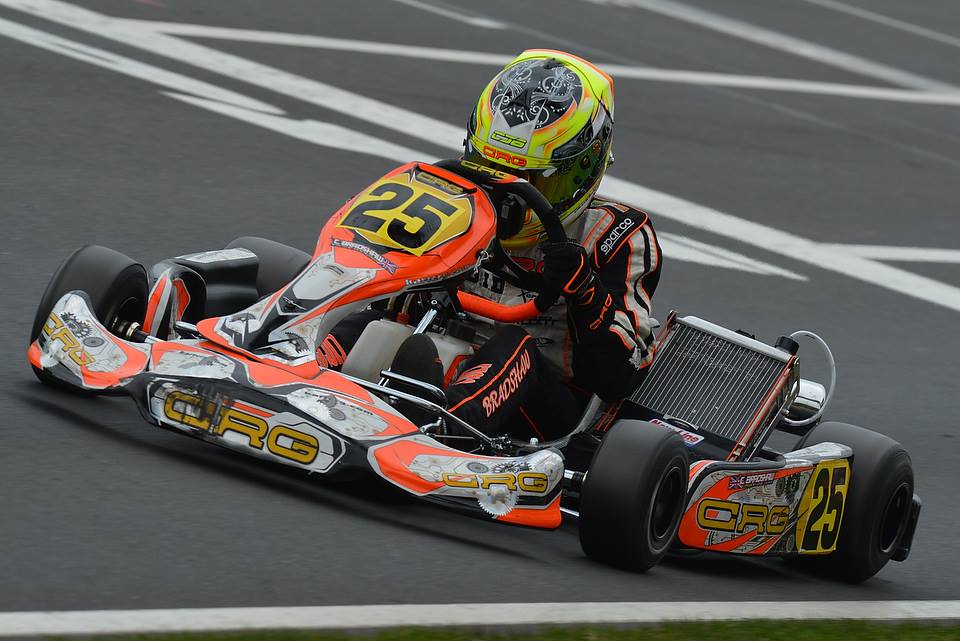 Callum Bradshaw almost took one of the best wins in his Karting career at the weekend when he came through from 23rd on the grid, only to be taken out in a move for the win just one and a half laps from the flag.

Callum was back at PF International for the third round of the Trent Valley Kart Club Championships to continue preparation for the CIK-FIA World Championship. After winning at round two Callum wanted nothing less than another one as he was back in a hugely competitive Senior X30 class.

The day got off to a bad start with Callum 22nd in qualifying, but two heats would give the CRG-SPA driver a chance to get a good grid position for the final. However, things went from bad to worse in heat one with Callum not being able to start the race leaving him classified in 28th and last place. 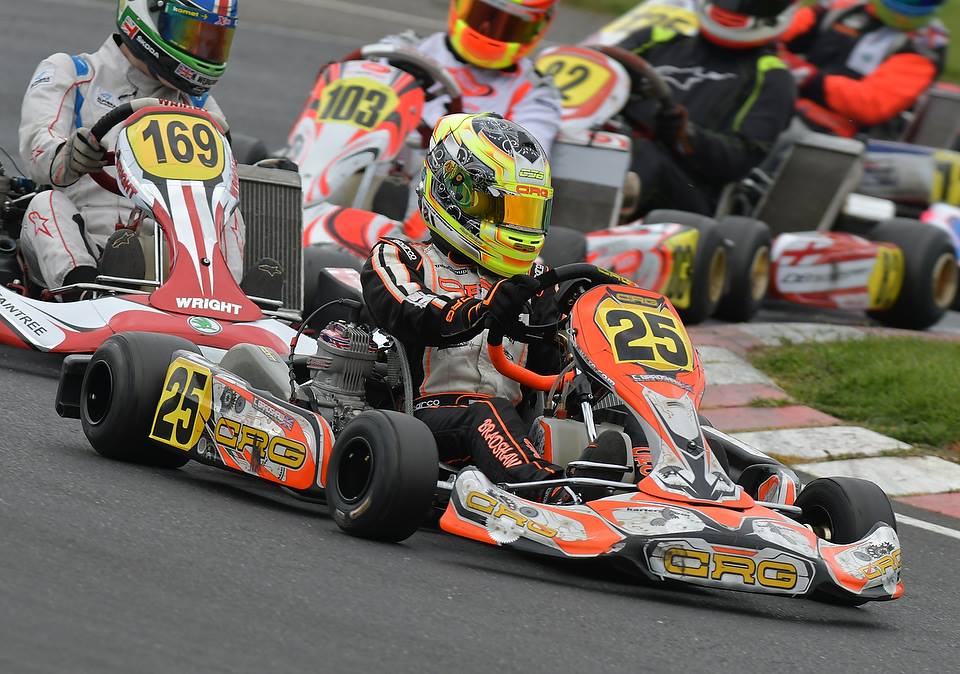 Now with a lot of work to do, Callum wasted no time in making places in his second heat. Three positions gained in the first lap turned in to twelve over the ten-lap race as Bradshaw charged through the field. In the end, he fell just 0.3 seconds off the win and it was a much-needed result given the result of the opening heat.

The combined result left Callum 23rd on the grid for the final. With fourteen laps ahead a lot of overtaking would be required to get anywhere near the podium, but being a club event Callum was always going for the win!

After a good start Callum was making quick progress and by the halfway point he was already into the top ten. With four laps to go Callum was 5th helped by the fact he was setting fastest laps, and despite starting all the way down on row twelve, a win now looked possible! 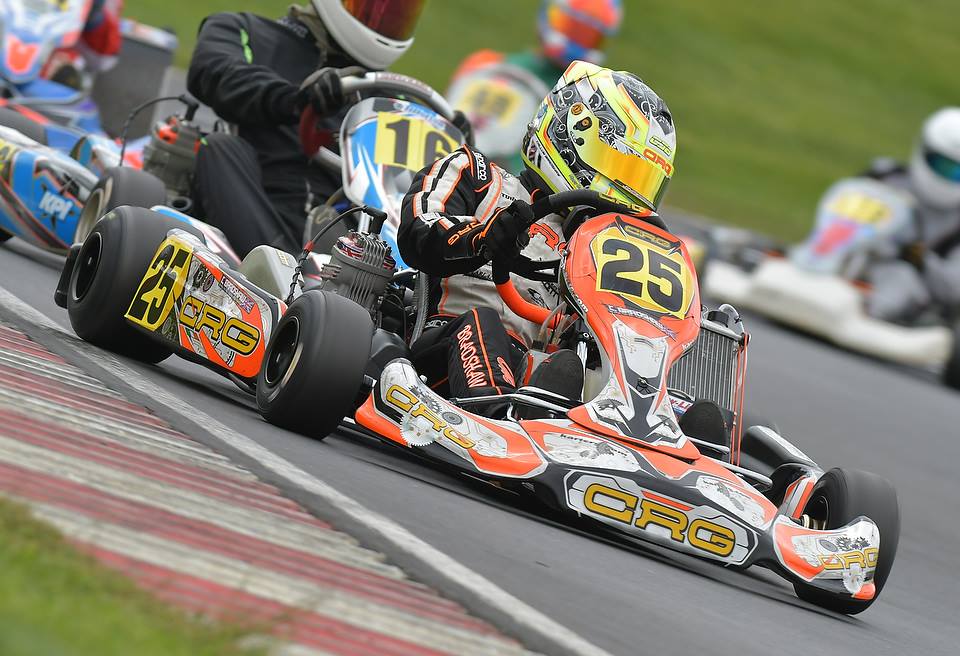 Going on to the penultimate lap, Callum was now involved in the lead battle and was in to 2nd place. Exiting the chicane Callum got the run on the race leader going into the 90 right, before he turned in which ended in a big incident. Callum had gone into the air followed by a trip to the barriers, which saw the kart embedded into the barrier. Luckily there was no real damage sustained to the kart and Callum was also fine which shows the strength of the CRG chassis compared to others. The second driver involved was later penalised, but it didn’t give Callum his race lead back and it was a tough one to take.

To come from 23rd to 1st in just 14 laps would have been a great achievement, but considering he is not fighting for a championship Callum found it easier to take the positives away from the situation. On the race, he commented:

“We had a lot of bad luck this weekend. After having some issues in qualifying and having a DNS in heat one was hard! But we started 23rd for the final and came through to 2nd with fastest lap only to have it all taken away from us by another competitor. It’s disappointing, but I really enjoyed the final up until that point and overall it’s been a good weekend. As ever a big thanks must go out to my mechanic, Jamie Smith!”

Callum will not be at the CIK-FIA European Championship second round at the Alonso circuit in Spain this weekend due to his exams, but instead he will be at Kimbolton for LGM Series round three. 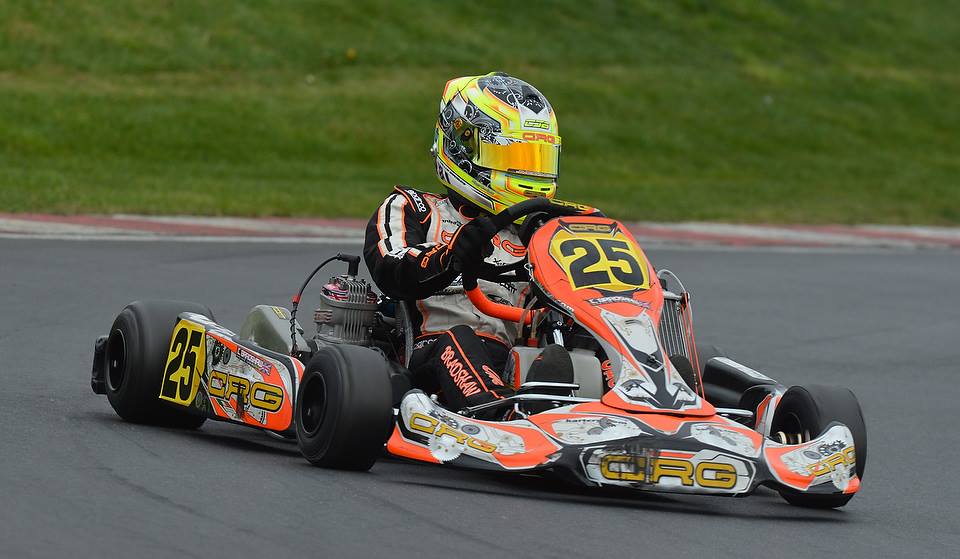