Bradshaw returns to the podium with stunning performance 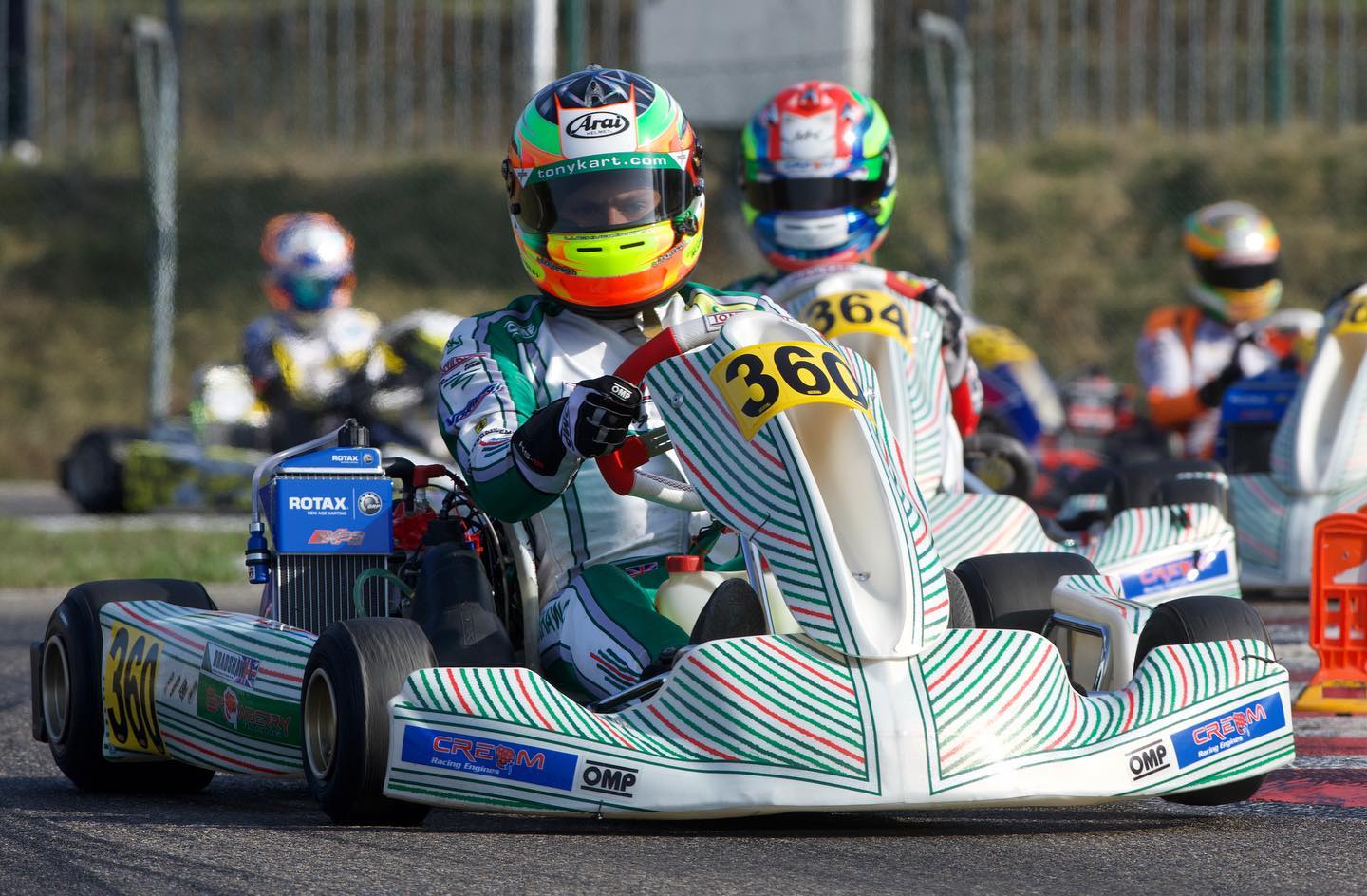 It was another weekend where Callum Bradshaw displayed his World class prowess as he took on the first round of the Rotax Max Euro Trophy with Strawberry Racing. The reigning World Champion was in fine form and put on a fantastic display charging through from the mid-pack to win on slicks in difficult conditions in the second final.

The weekend got off to the ideal start for Callum as he topped the first set of practices leading the way and setting the stage for the success to come. This pace in practice was no mistake as he took to the track and posted the third fastest lap time in group only 0.012 off the pole time set.  The lap would place Callum in 7th overall ,a strong position heading into the heats.

Callum’s first head would see total domination from the Strawberry Racing team as they secured a 1,2,3 finish with Callum claiming P2 behind teammate Mark Kimber. The heat saw some fantastic battles at the front and meant valuable points were gathered early on. Heat two would see Callum really turn up the heat as he put in a truly dominant display and won the heat by an outstanding 7.6 seconds.

As the heats went by the strong results kept on coming from Callum and the duo of Bradshaw and Kimber established themselves as firm favourites for top honours of the weekend. Finishing 2nd in both heats three and four would place Callum a promising 2nd for the first final and with it all still to play for nothing was going to be left to chance.

As the drivers arrived to a drenched Genk circuit on Sunday morning, Callum knew his outside front row start was going to make for a difficult first lap. As the race got underway with no grip on the outside Callum dropped immediately down the top ten whilst Kimber pulled a gap out front.

By the halfway stage Callum had repaired all damage and was back into 2nd but with Kimber seconds up the road he knew he was unlikely to go any further. But Callum did what was needed and held on to take a comfortable 1-2 finish for the team putting strong points on the board.

For final two things would get even more interesting with a drying track presenting an opportunity for drivers to gamble for slick tyres. Despite being on the front row one of the drivers to do just that would be Callum, knowing that there was a long 15 minute final ahead leaving the chance for things to change dramatically.

With drivers around him on wets, excluding teammate Kimber, it was expected that Callum would immediately drop down the field and he’d fall outside of the top fifteen on the opening couple of laps. Most would panic in this situation, but the World champion kept his cool and let the race come to him.

Keeping the kart on track was all he needed to do and heading into the second half of the race despite being almost twenty seconds behind the leader Callum knew he still had a chance. Callum would gradually make his way into the top ten and with five minutes to go he started to make huge dents into the lead of Dylan Lahaye.

In the final two laps Callum charged his way past the top three, timing his race to perfection with Callum going on to take a brilliant victory. Sadly after picking up a front fairing penalty at the start Callum would be placed 2nd post-race behind Kiimber, but will certainly be remembered for his performance on track.

While the focus was firmly on the win, second was still a fantastic result for Callum in the Rotax Class and a sign of many trophies to come in 2021.