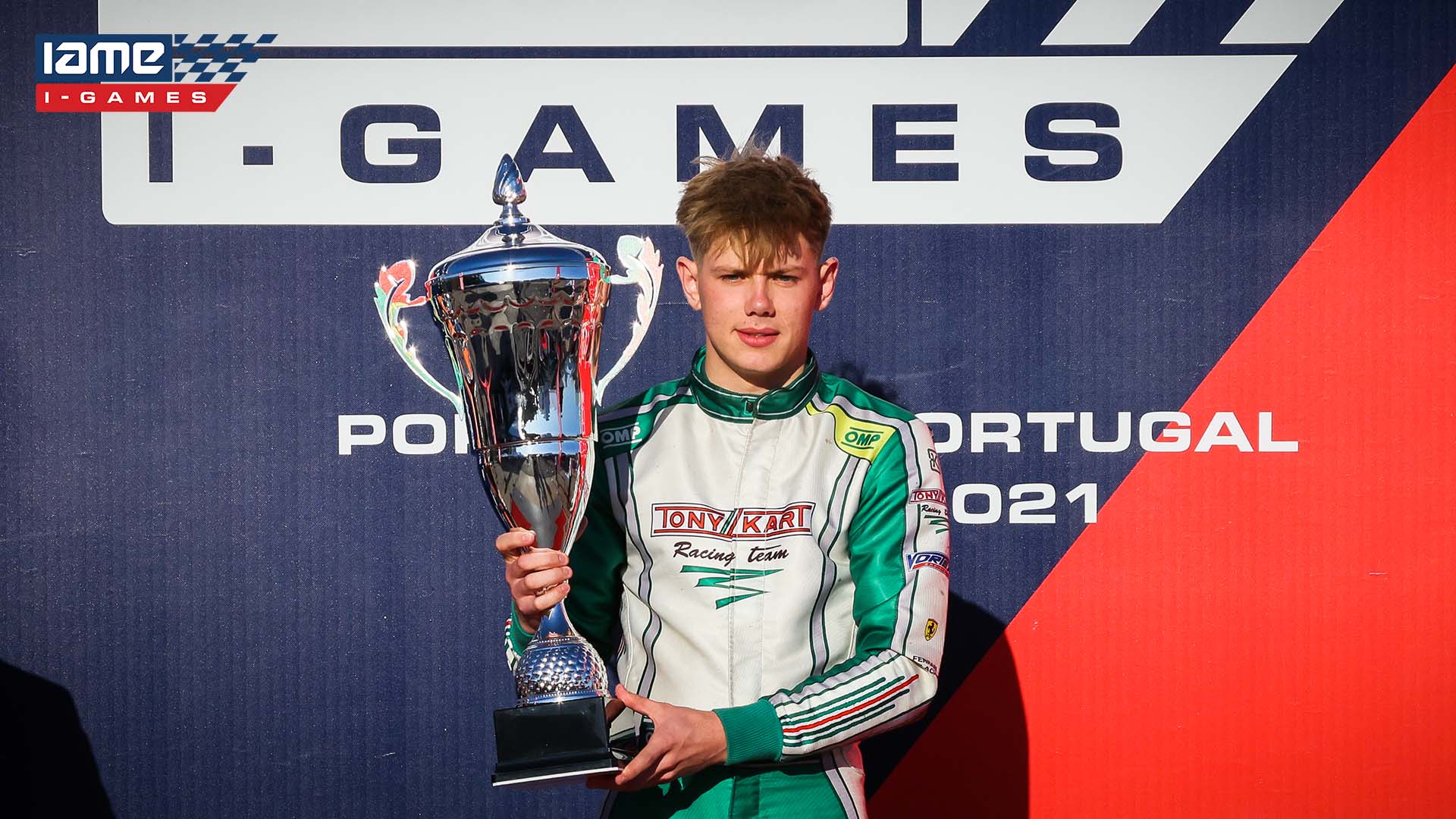 Just over 12 months after Callum drove to world domination to become the 2020 FIA Karting World Champion. Last weekend saw him back in Portimao for the IAME I-Games and coming off the back of a heartbreak at the World Final, he was ready to set the story straight.

The weekend’s practice immediately placed Callum at the front and with qualifying fast approaching, finalising the set-up and the small details was going to be essential.

The qualifying session was intense with the competitors pushing to the limit trying to optimise each and every inch of the track. Callum put in a storming effort placing him 8th overall. Not the best result looking at his unbelievable performances in 2021, but the end goal was still certainly in reach.

While the qualifying result wasn’t ideal, Callum silenced any doubters in heat one as he stormed through to take a commanding victory and start a roll of heat wins. This mighty impressive heat performance continued into heat two where Callum would do the same and come through to win by over a second. A great drive and one which saw him climb closer to the top of the overall standings.

Heat 3 would see another fantastic drive, with Bradshaw once again coming through to score another dominant victory by over a second to his nearest competitor. Now firmly in command at the top of that standings with one more heat to go, securing pole was looking likely. Heat 4 would sadly not see a total domination of the heats, but 3rd was still a great result and was still enough to secure pole position for the Pre Final.

Going off the pole, the Pre-Final would dictate the grid for the main event and therefore securing the win was more important than ever. After a solid start, Callum got to work fighting hard for the top spot against Khali Atkins with Bradshaw eventually coming out victorious and securing the prime pole position for the IAME I-Games Final.

The Final was an electrifying race, with Bradshaw getting an early break once lights went out. With the pack hunting him down, the battle soon erupted with the top 7 fighting it out for the win, and Callum dropping as low as 6th at times. However, as the laps counted down, Callum began his change back, pushing through the pack to find himself back in contention and leading a British 1-2-3 come the flag. A fantastic and well deserved win.

Now all eyes are on the winter season and the Strawberry Racing driver is looking hungrier than ever.