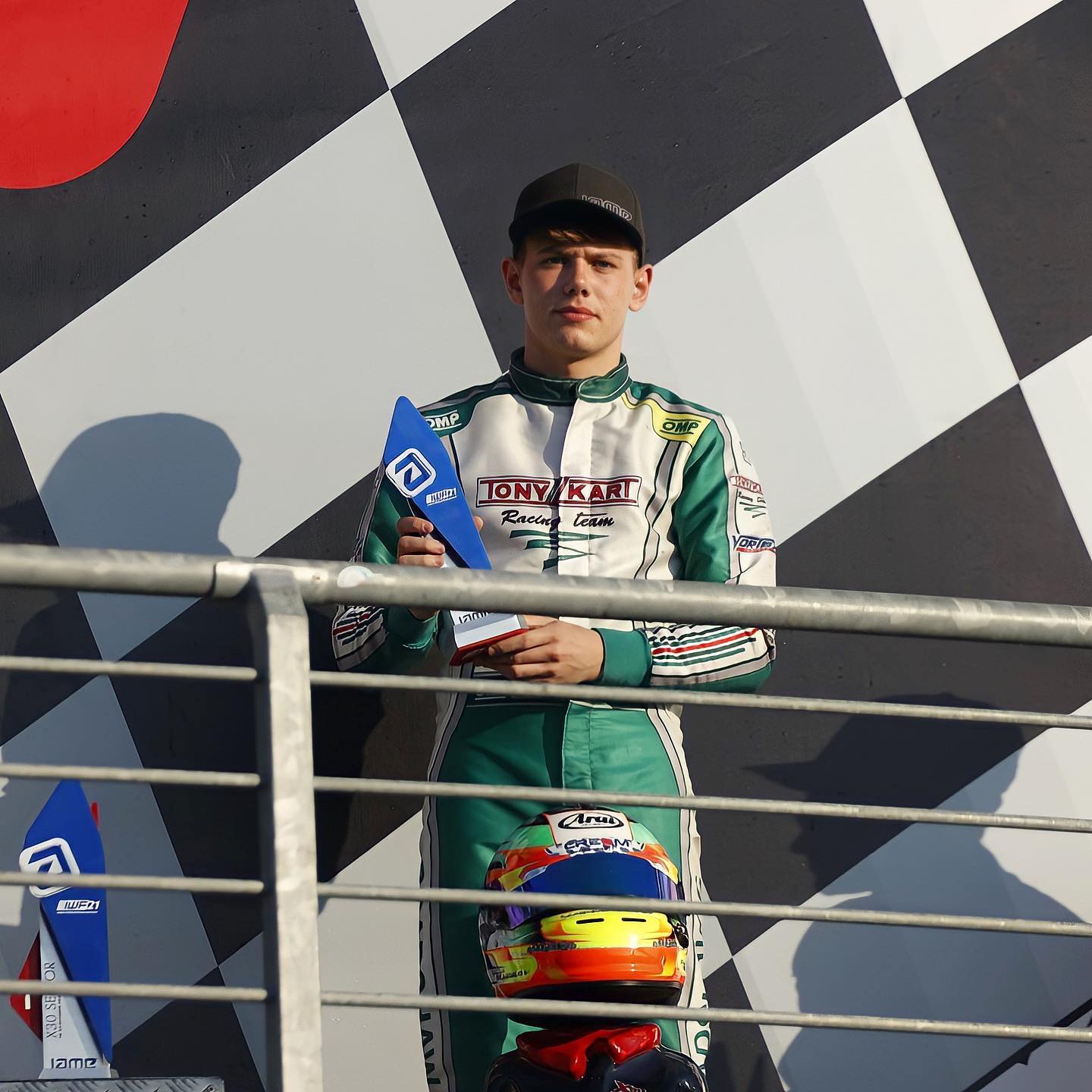 It was finally time for the biggest event on the IAME calendar, The Iame World Final. A huge spectacle of the season and one which Callum has come so close to winning on many occasions and with his incredible 2021 performances to date, including the 2021 European championship, anything was possible.

The weekend started off with days of practice and with the event being held away from Le Mans for the first time, it was a chance for drivers to get to grips with the Adria International Raceway in Italy. Callum got the weekend off to a perfect start going on to set the fastest time in qualifying

In Senior X30 going quicker than over 100 other competitors and beating his nearest opposition by nearly two tenths of a second!

Five intense short heat races came next which would set the grid for the all important Final. Heat one set the tone for the weekend’s racing with an assertive performance leading from start to finish and claiming a win to kick the weekend off in style. Heat two was a similar performance but yet again even more convincing from Callum, as he took another win but this time by nearly a second.

The whole Strawberry team was looking very strong at Adria and heat 3 truly highlighted the teams potential to win and dominate the world. With Bradshaw bringing home the win yet again, fully establishing himself as the favourite for the title. This was followed by fantastic performances from teammates Walker and Kimber who rounded out a strawberry 1-2-3 finish in heat 3. This now left two heats to go, and with Bradshaw on provisional pole he was not letting off. Another superb performance in heat 4 saw a close finish but yet another highly convincing victory and the final heat was the best of the lot. A 2.6 second lead and dominant victory saw Callum secure pole position for the IAME World final.

It was now time for the main event and after an unbeaten run through the heats, Callum looked good to take the win. After a dream start, Callum broke away over the first laps, pulling a gap to his teammates in the chasing pack. However, before long the charging pack behind closed in with Callum clearly struggling with something that had risen in the final. This led to a battle erupting with Carenini who had a clear advantage forcing Cal to get his elbows out as he fought on to keep the lead whilst the chasing pack closed in. However the trio of Strawberry Racing drivers soon hunted him down and closed in on the leader. With two laps to go the battle started and Carenini broke free sealing the deal with a lap to go. A 3rd place finish was the best that could be managed by Callum in the end, giving him his third podium in the event. Although a brilliant result on paper, given his form over the weekend it was a heartbreaking result deep down.

Now attention turns to the next challenge, with Callum set to fight for another World title in the shape of the Rotax Max Challenge Grand Finals.