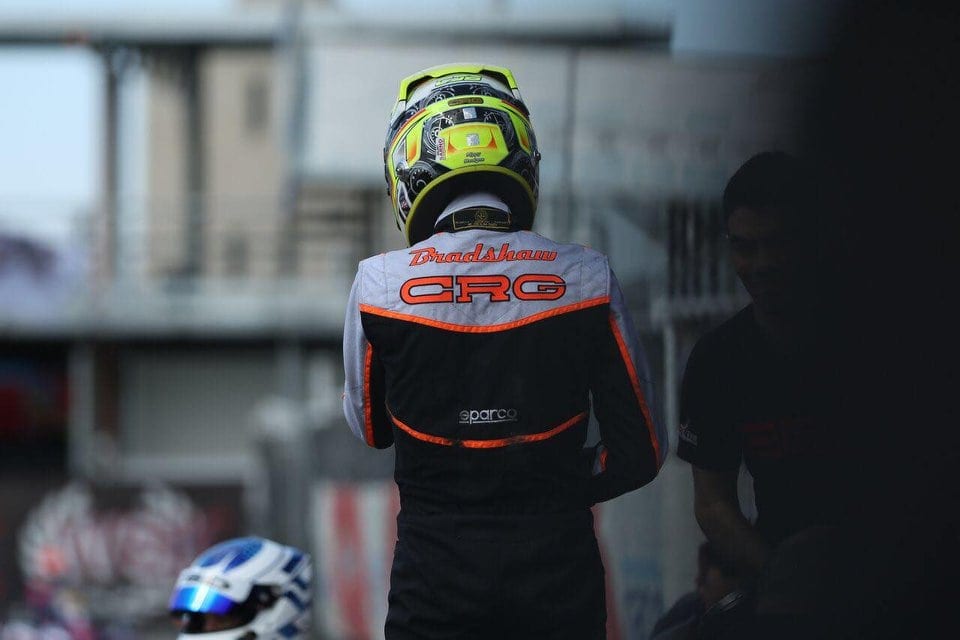 After losing his victory with a penalty at round six, Callum arrived to round seven of the LGM Series looking to make amends and take his second win of the season. The penultimate round of the championship would take place at the Glan-Y-Gors circuit in Wales, arguably the most difficult on the calendar. It’s one everyone loves visiting and always throws up good racing.

There were a few changes for round seven the most notable being an increase in the size of the grids with the British Championship just around the corner. There would be 27 drivers on circuit and rather than a traditional heats and final format, the day would start with qualifying reducing the racing to just two heats and a final.

Qualifying would set the grids for both heats and after just four laps Callum had set a time of 41.74 which would leave him 7th on the grid.

The fact all drivers had qualified set things up for a calmer race and that was exactly what followed with Callum finishing 5th place in the opening heat. Starting on the inside Callum made a great start moving up to 4th and was on the move on lap two once again to run 3rd. Over the duration of the next 14 laps Callum slowly dropped to 5th, but overall it was a great start to the day.

Heat two was almost a carbon copy of heat one with Callum moving up to 4th on the opening lap before settling into the race. The BKC Racing driver was set to finish in 6th place before gaining on a position on the final lap to take another 5th place. Pace wise things were also very positive with Callum’s fastest lap a 42.29 which was just 0.1 seconds off the quickest lap.

As for the final it was far from an interesting race for Callum. From 4th he made a good start to lose just two places on the opening lap. By lap five Callum was up to 5th place but with 4th already one second ahead making anymore positions was going to be difficult. Instead it became about consolidating 5th place which Callum would do successfully to take another good result and another big haul of championship points.

The eighth and final round of the series will take place at PFI on the 7th October and with the results Callum has had this season there’s every chance he can get an overall championship podium. That’s all despite missing the first round!