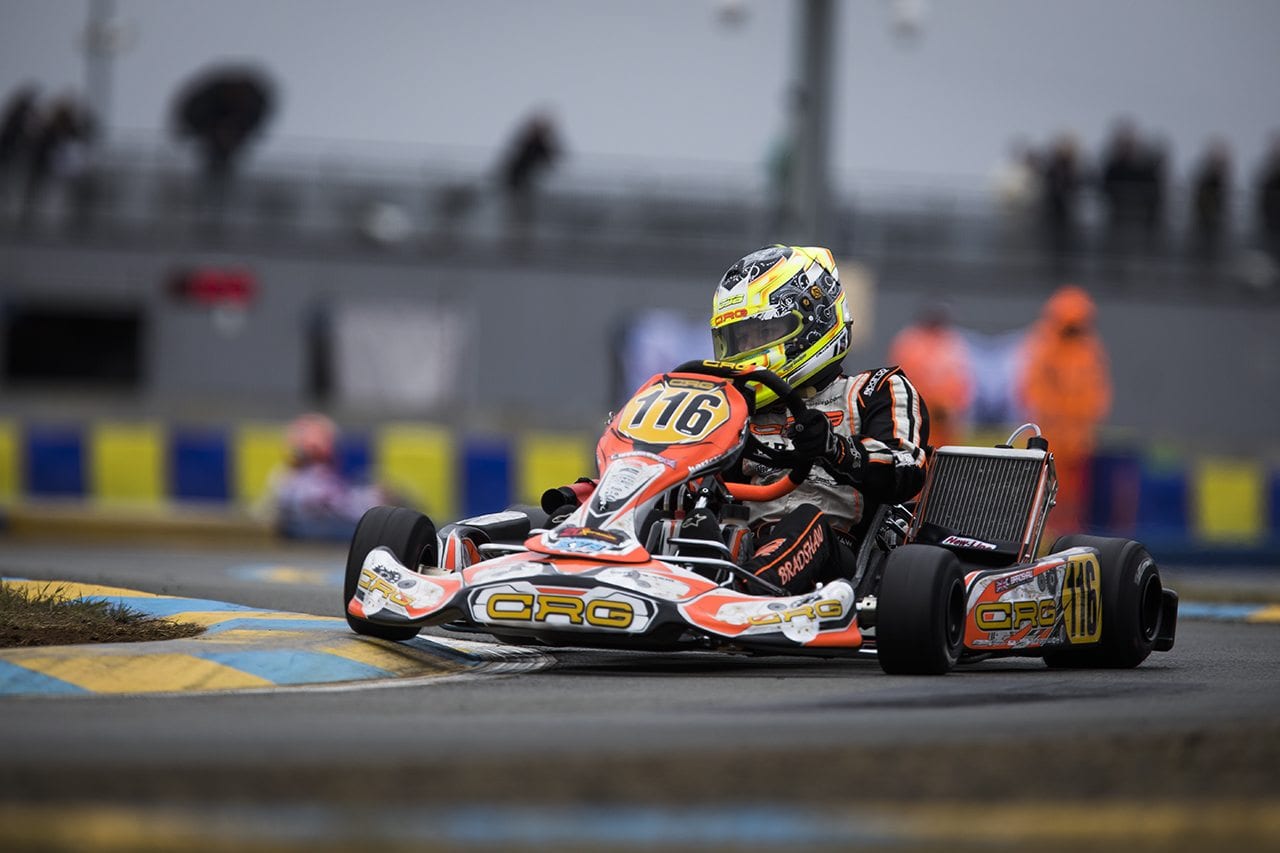 Callum Bradshaw got his best result of his debut CIK-FIA European Championship campaign with 10th at round three at the Le Mans circuit in France.

Callum was always going to be looking at the Le Mans round as one of his best results. He’s had experience racing there on World level with two 2nd place finishes in the IAME International Final in 2015 and 2016. Callum also raced there in the CIK-FIA Karting Academy Trophy in 2015.

Despite all of that this was always going to be a much tougher task. Racing in the toughest class in the World, Callum was up against the best of the best. So far his European Championship campaign had not been great and not being able attend round two due to exams didn’t help.

But with wins back in the UK in the mean time Callum came in high on confidence and got the weekend off to a good start with 11th overall in qualifying out of 71 entries. That would give him an inside row three start for all of his heats as he’d start behind teammate Dennis Hauger and local racer Adam Eteki.

After the highs of qualifying heat one turned out to be a complete disaster as Callum was involved in an incident just four laps in to the race. After a brilliant start Callum was leading the race for the opening three laps before his race was over leaving him work to do in the remaining three heats.

Heat two Callum showed no signs of panic and the race couldn’t have gone much better as he won by over four seconds! In tricky conditions great work from Callum’s mechanic ‘Smithy’ saw the kart setup perfectly for Callum to chase his teammate down by over five seconds to win comfortably! 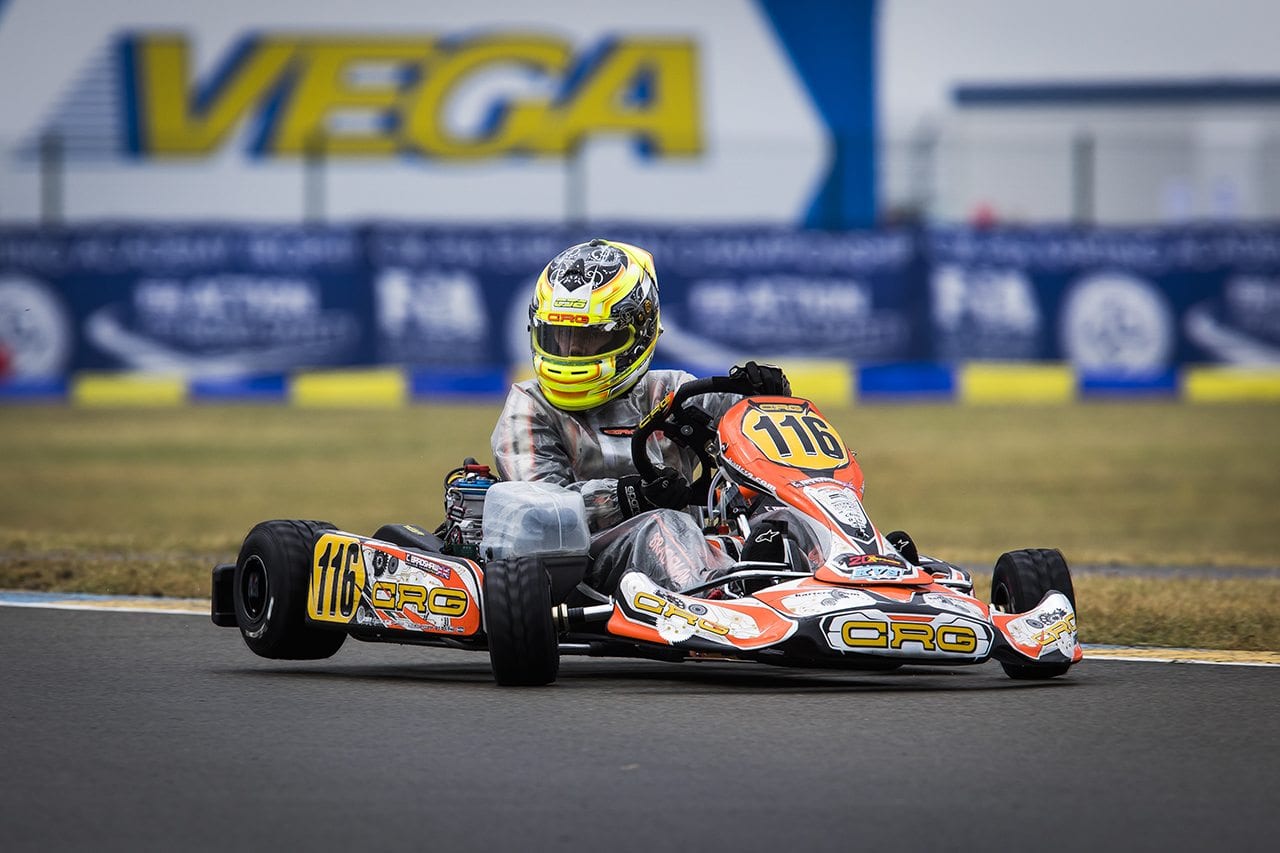 Heat three was another great result for Callum. From 5th he worked his way through the field passing the likes of Karol Basz to eventually get to 2nd. From there he ran out of time to close his teammate down but 2nd was still a brilliant result. Heat four was a similar story although on that occasion it took Callum just one lap to get to 2nd.

Despite such a poor result in heat one Callum still managed to qualify an impressive 10th place for the final. If Callum had repeated his 2nd place of heat two and three in the opening heat he would have qualified 3rd for the final!

Starting down in 10th can be a tough place to start in CIK-FIA racing with drivers out of position trying to move forward. Callum made a good start to the race and was up to 8th by half race distance. But in the second half of the race he started to struggle for pace and was battling with the likes of Killian Meyer, Ulysse De Pauw, Oliver Hodgson and CRG SPA teammate Hannes Janker. The slight loss of pace saw Callum come under pressure in the last few laps, but he fought hard to get a thoroughly deserved 10th place!

Considering this is Callum’s first year racing at this level, and in this class, to finish 10th at round three is very impressive! He showed with a track he has some experience on how competitive he can be and that sets him up very well for the World Championship later in the year which will be coming to the UK.

After the race Callum commented: “In the heats we were very fast with a win and two second place finishes. The final was tough starting from p10 and we struggled a little bit, but I am still happy with 10th, it’s our best result in the championship so far! I’d like to say a thanks to the team for the all hard work as ever!”

Although the championship is out of sight for Callum, two more results like that at Alaharma and Kristianstad would make him one to watch for the World’s and a hot prospect for 2018!