Callum Bradshaw: A look ahead to 2018

If last year was the dress rehearsal to a hugely successful season in 2018 then this could be the best year Callum has had to date, and it’s fair to say he’s had some hugely impressive ones already!

Last year marked Callum’s debut season with the CRG Factory Team, it was his first year on the new chassis, his first year racing in the OK class and his first racing at CIK-FIA level! It was a lot take in for a driver still so young, but it’s fair to say Callum dealt with it very well pulling in some brilliant results overseas for the team including a podium at the SKUSA Supernationals and Le Mans 24 hour.

So what’s in store for Callum this year? Well more of the same calendar wise, but this year will see him more prepared, more determined, more confident and with higher expectations. His calendar is pretty jam-packed to say the least! This season Callum will be racing in the:

Being a CRG Factory Driver means Callum will be making sure the chassis is getting exposure Worldwide along with good results. 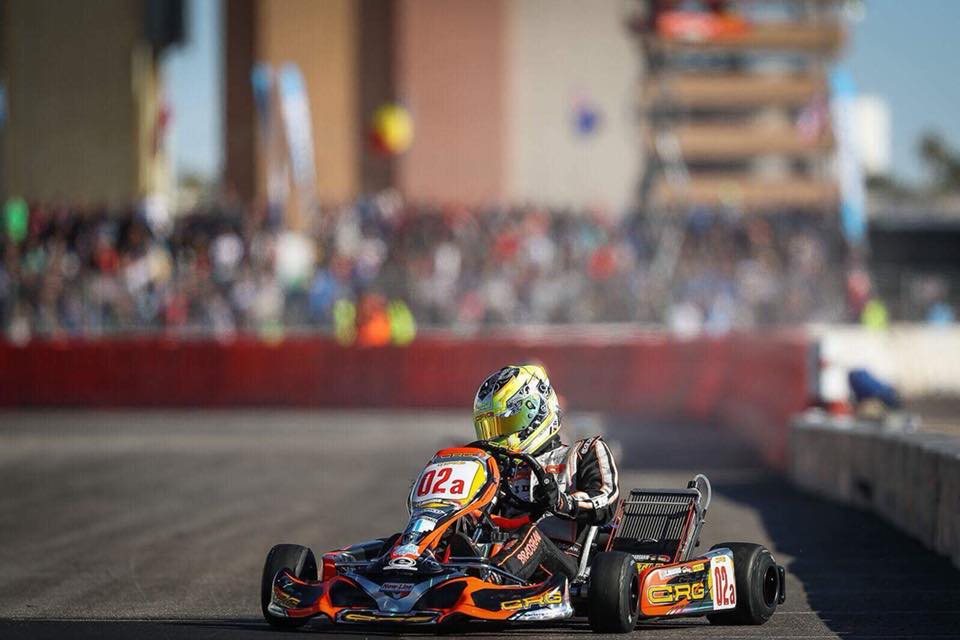 Callum racing at the SKUSA Supernationals in Las Vegas

What are the goals for the season?

Well it’s fair to say in terms of the big championships it was an unfortunate season for Callum, but in terms of one off events it was pretty successful. The aim this year will be to contest for all of the above championships. Callum has already raced two rounds of the USA Winter Series which has seen him take podiums against some drivers who many would label European and World Championship protagonists this year and that’s on tracks he’s visiting for the first time.

Heading back to tracks where he is now experienced should see the Brit take some good results. Callum has experience winning at CIK level after winning the Academy Trophy back in 2016, he has the mind set of a championship winning driver which is something you can not be taught! 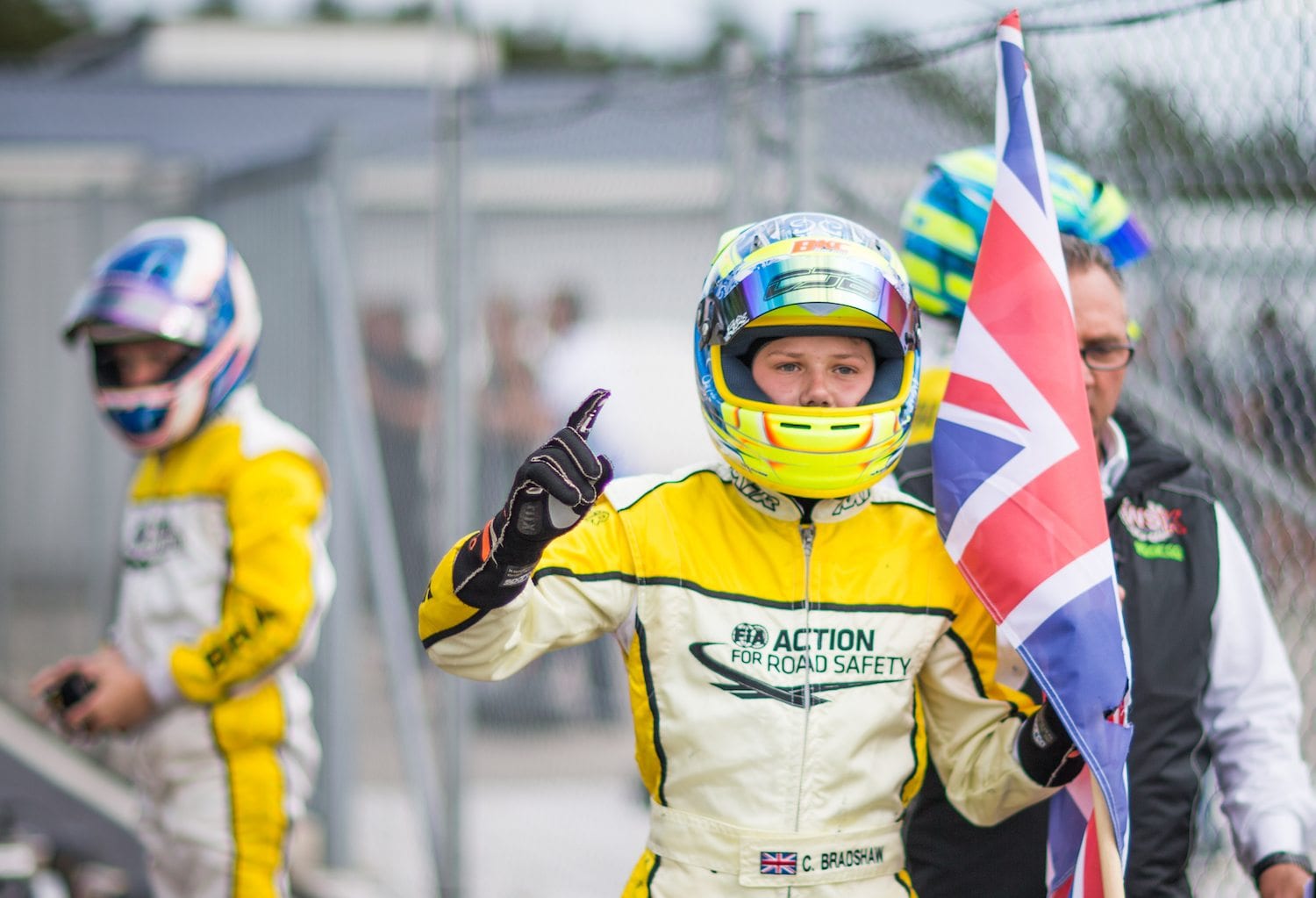 As you would have noticed above, Callum will return to the LGM Series this year for a full season with BKC Racing. It’s the team where he learnt his trade and won the titles that led him to CRG. However, Callum will remain on the CRG chassis for the season and is aiming for nothing less than a win!

Taking the championship won’t be easy, the calibre of driver in the Senior X30 class is fierce with Oliver Hodgson and Mark Litchfield being two examples of that last year. The series will travel around the country and it’s classic heats and final format make it down to who can race the best rather than who is the quickest.

It’ll be a nice change from the CIK and WSK championships for Callum but something he will take just as seriously! 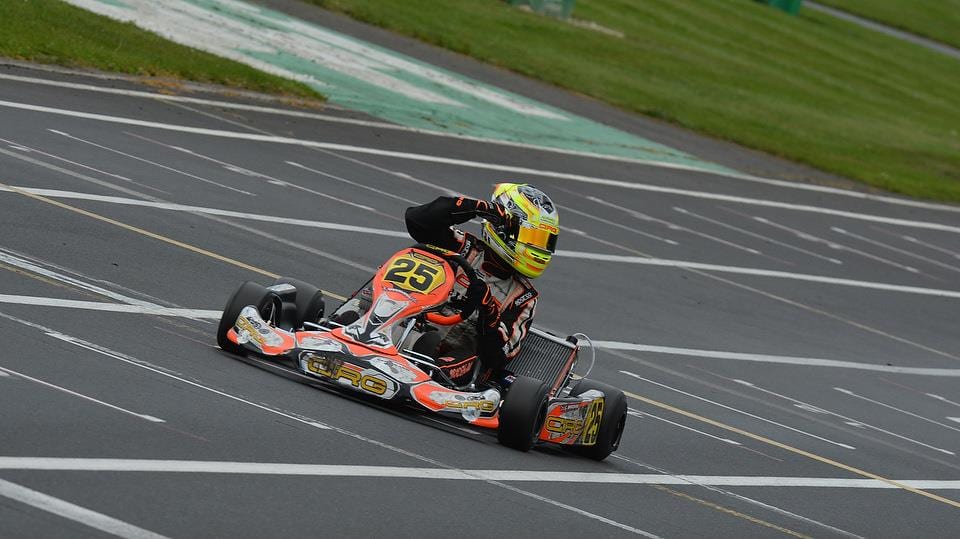 So a big year is expected for Callum and he’ll certainly be a driver many speakers in the industry will call the ‘one to watch’ for 2018. 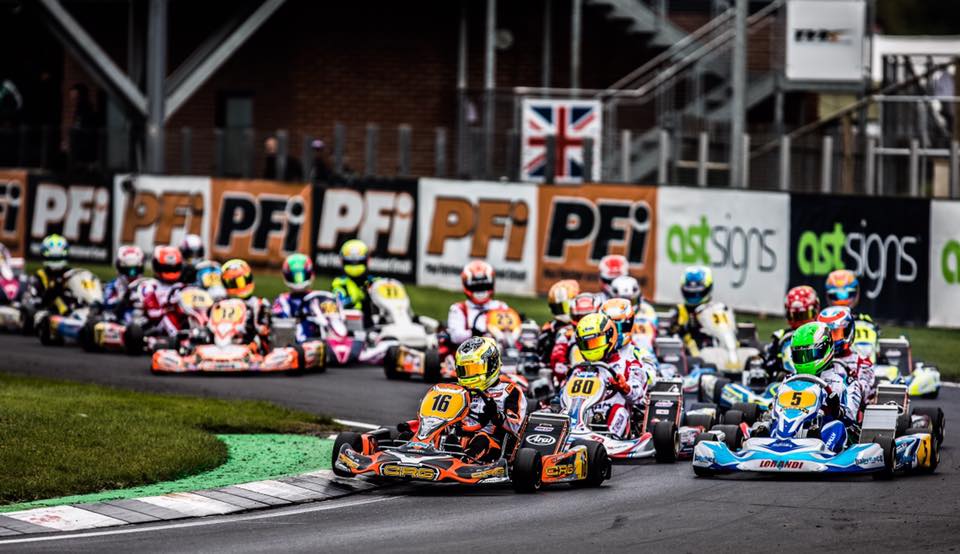