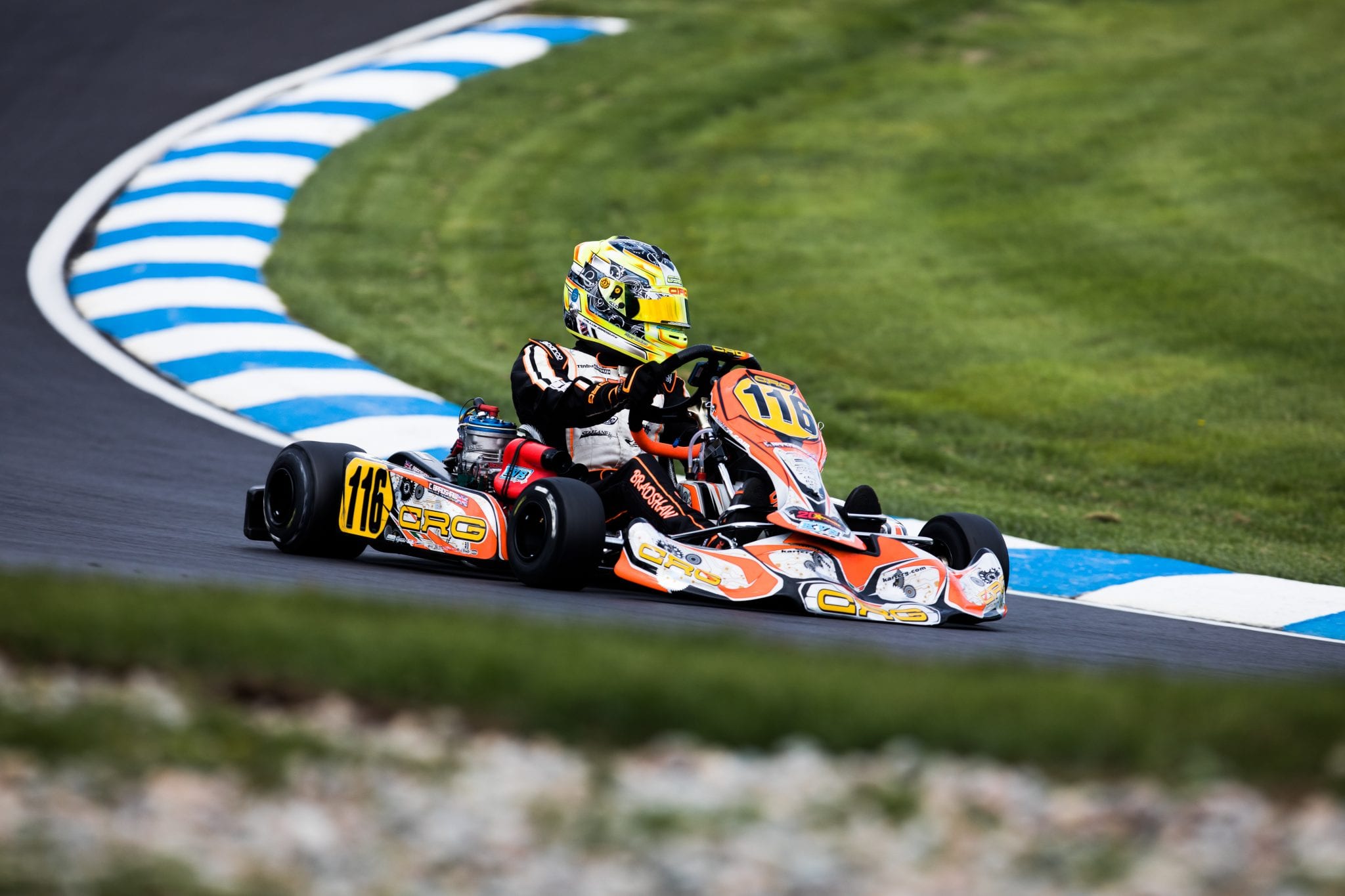 Callum Bradshaw almost took his best result of the season at the Alaharma circuit in Finland after working his way through to 6th place before dropping to 11th in the dying stages of the race. Considering this was Callum’s first ever visit to the circuit it was still a hugely impressive result and one that saw him put more points on the board.

The Alahrama Circuit has not been used for competitive European Championship racing for 14 years so for many this was the first time racing around the circuit. Similar to the Alonso circuit this would help level the field but that said many took the opportunity to do a lot of testing whilst Callum was unable to. 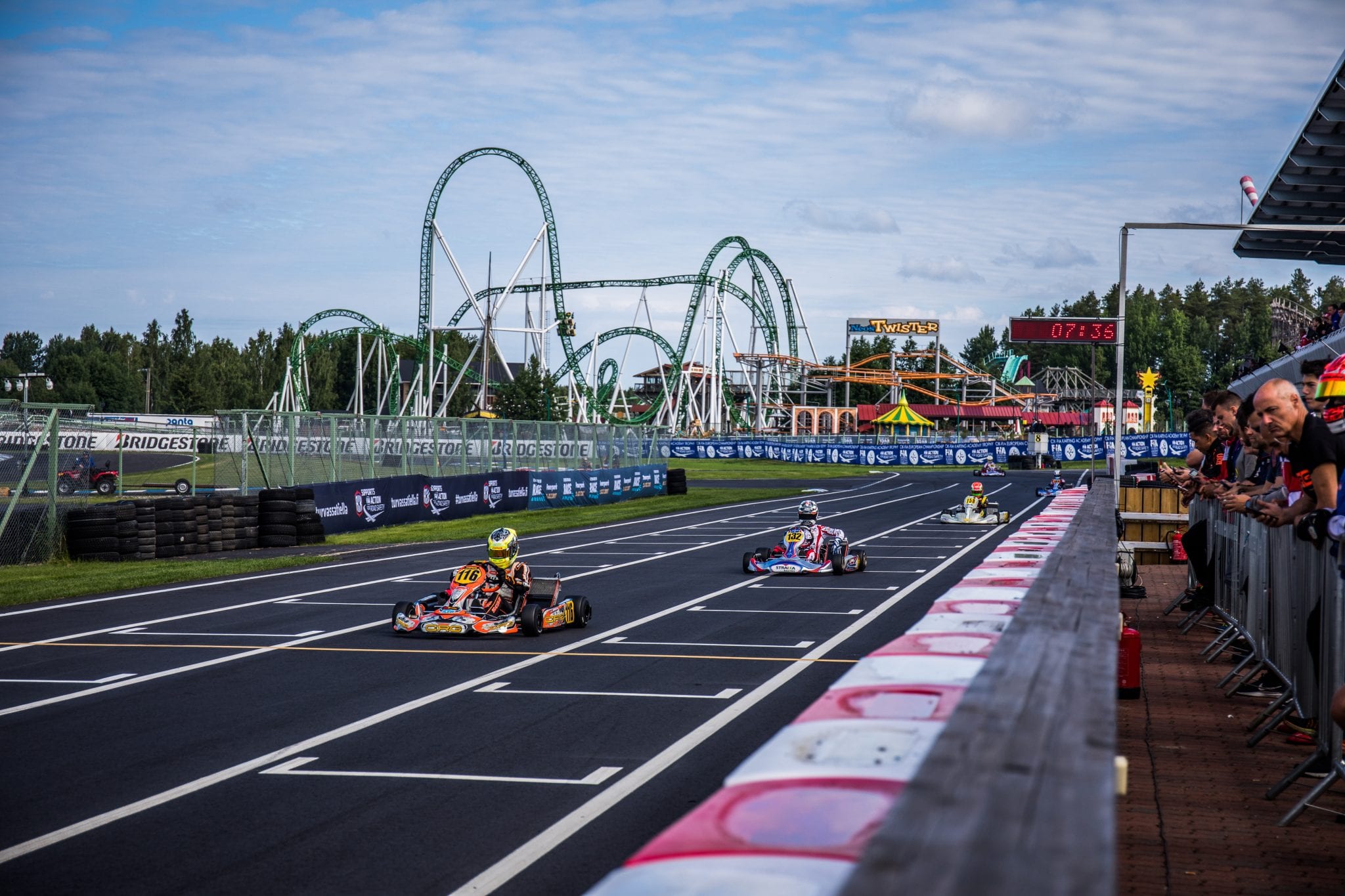 However, after just a couple of days to learn the track Callum showed how quick he is able to adapt to circuits qualifying 14th out of the 67 drivers. The qualifying session was perhaps one of the closest of all time as Callum was within one tenth of a second of the polesitter. Hearing that news he would have expected to be top five but on what is a fairly short circuit it would be 14th. That said, he certainly had the pace to move forward in the heats.

Callum got off to a bad start in the heats with 19th in his opening race, but he’d make up for that in heats two and three with Callum finishing 4th before winning his third heat comfortably. Now high on confidence Callum was aiming for a repeat in his fourth and final heat but he was pushed back in the opening half of the race leaving him work to do in the second half as he recovered to 11th place. 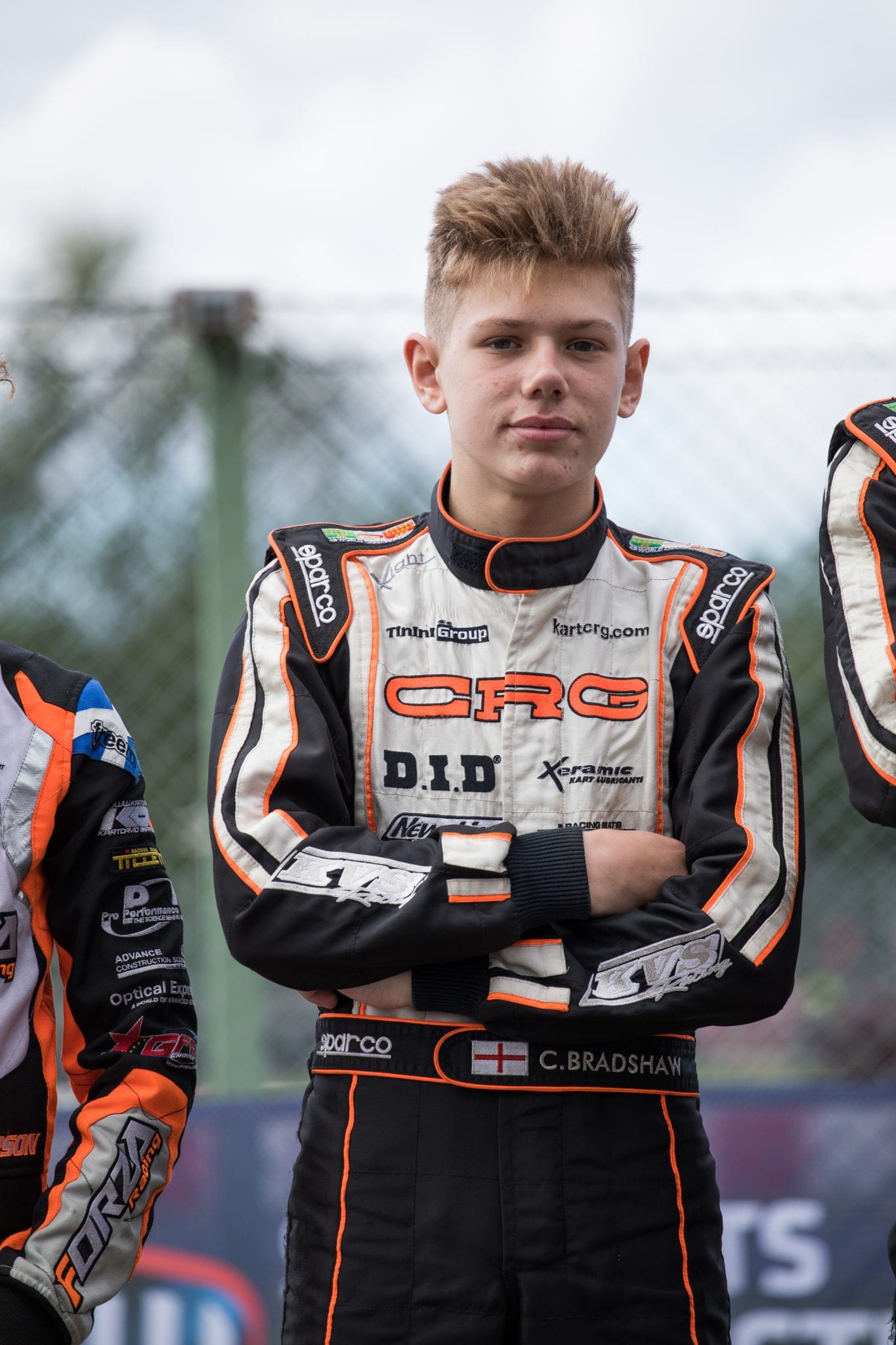 The combined results put Callum 15th on the grid for the final which was a decent result given how the heats got underway.

In the final itself the top five drivers were able to break away but behind Callum was putting on a good show for the crowd who piled in to the Alaharma track as he worked his way through to 6th place to lead the chasing pack. It was far from a lonely 6th place though as Callum had seven drivers close behind who were all keen to take that 6th place from him. That group included the championship leader David Vidales as well as David Schumacher and Lorenzo Travisanutto. 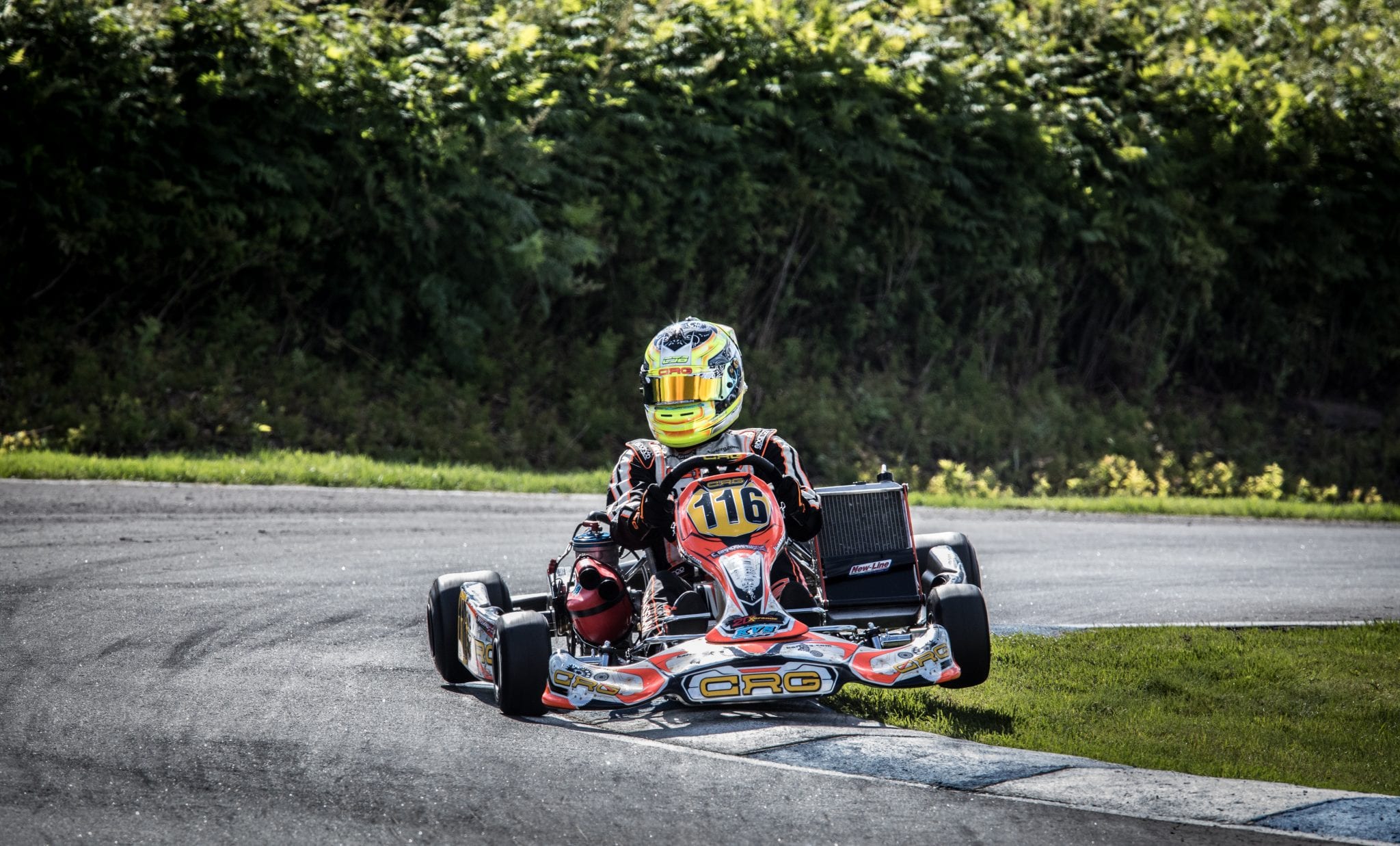 Perhaps it was down to tyre wear or lack of experience racing at the Alaharma circuit, but Callum lost two places in as many laps as the race approached the final few laps and on lap 19 one move saw Callum pushed back to 11th place. With pressure from behind and the driver ahead defending Callum had no choice but to settle for 11th and take the points although he left slightly frustrated given a top ten was so close!

Overall Callum drove a very good race weekend and should how quickly he can develop to new circuits and challenges. He picked up his second race win of the season as the championship now headed into Kristianstad for the last round of the season. 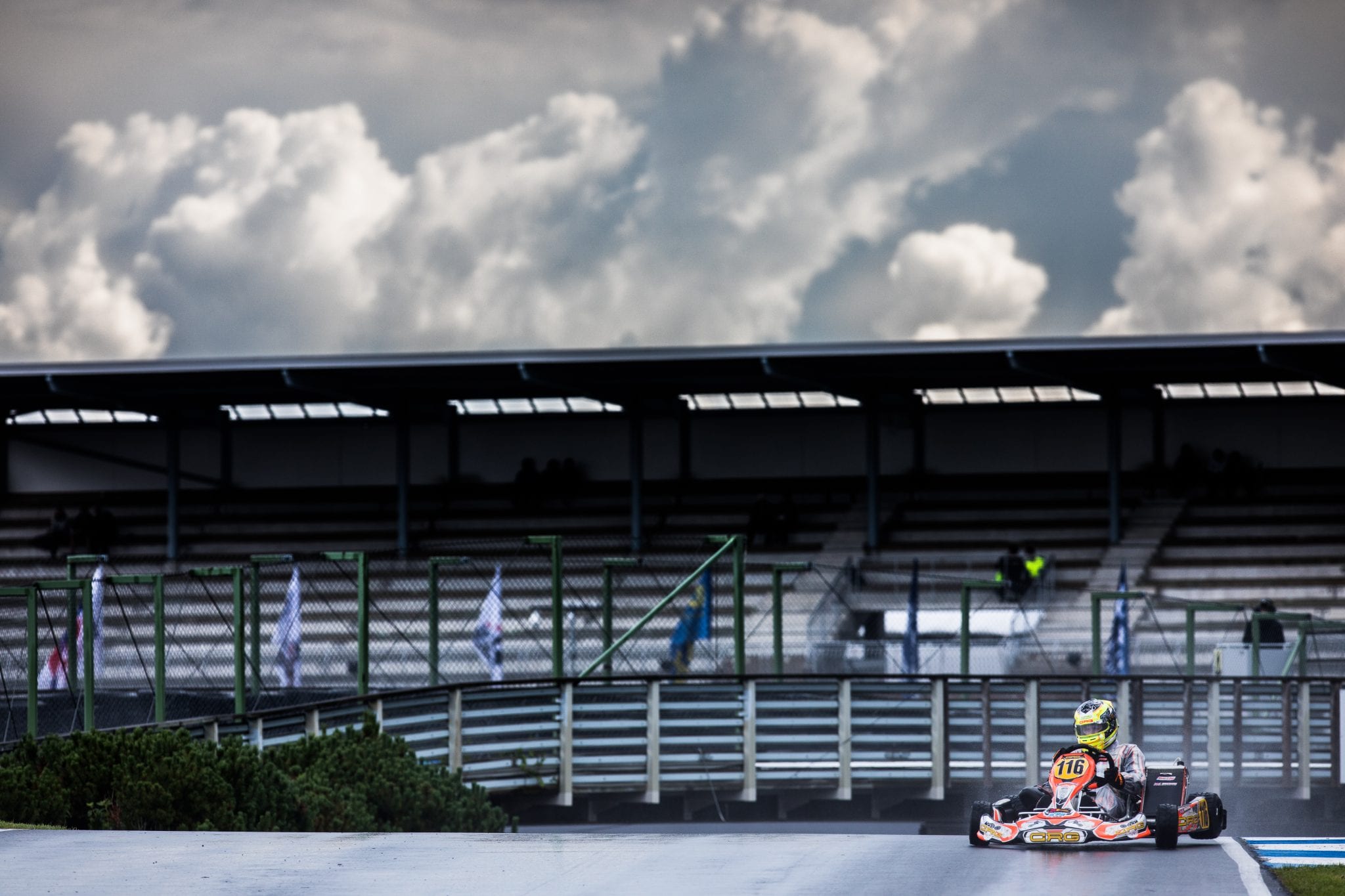