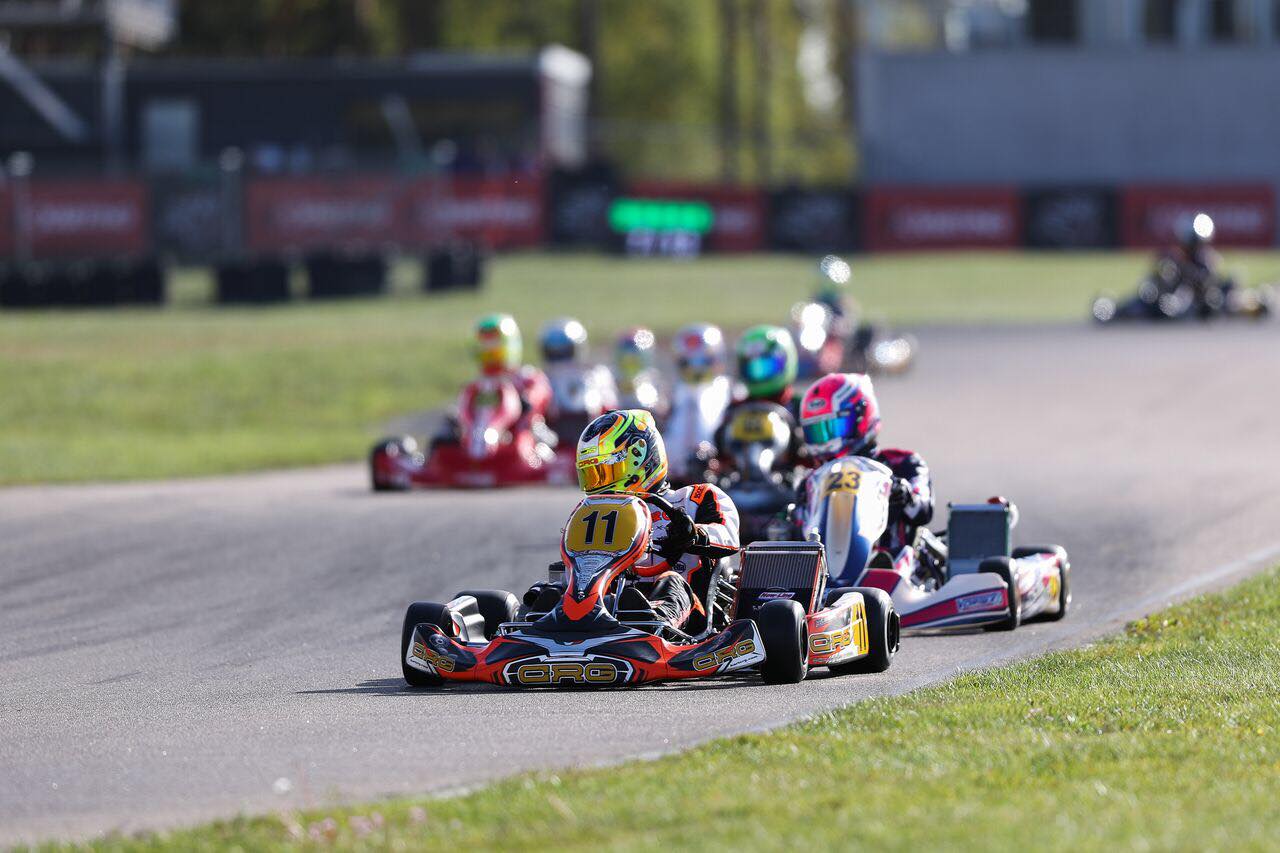 Callum Bradshaw had a weekend to remember at the FIA Karting World Championships after finishing 6th place in the final. It was a fantastic drive from 16th on the grid and made Callum the highest placed driver on the CRG chassis. What made the performance even more impressive was the fact Callum was on a recovery drive from the first heat and with a grid of over 100 drivers he could afford to make no mistakes! 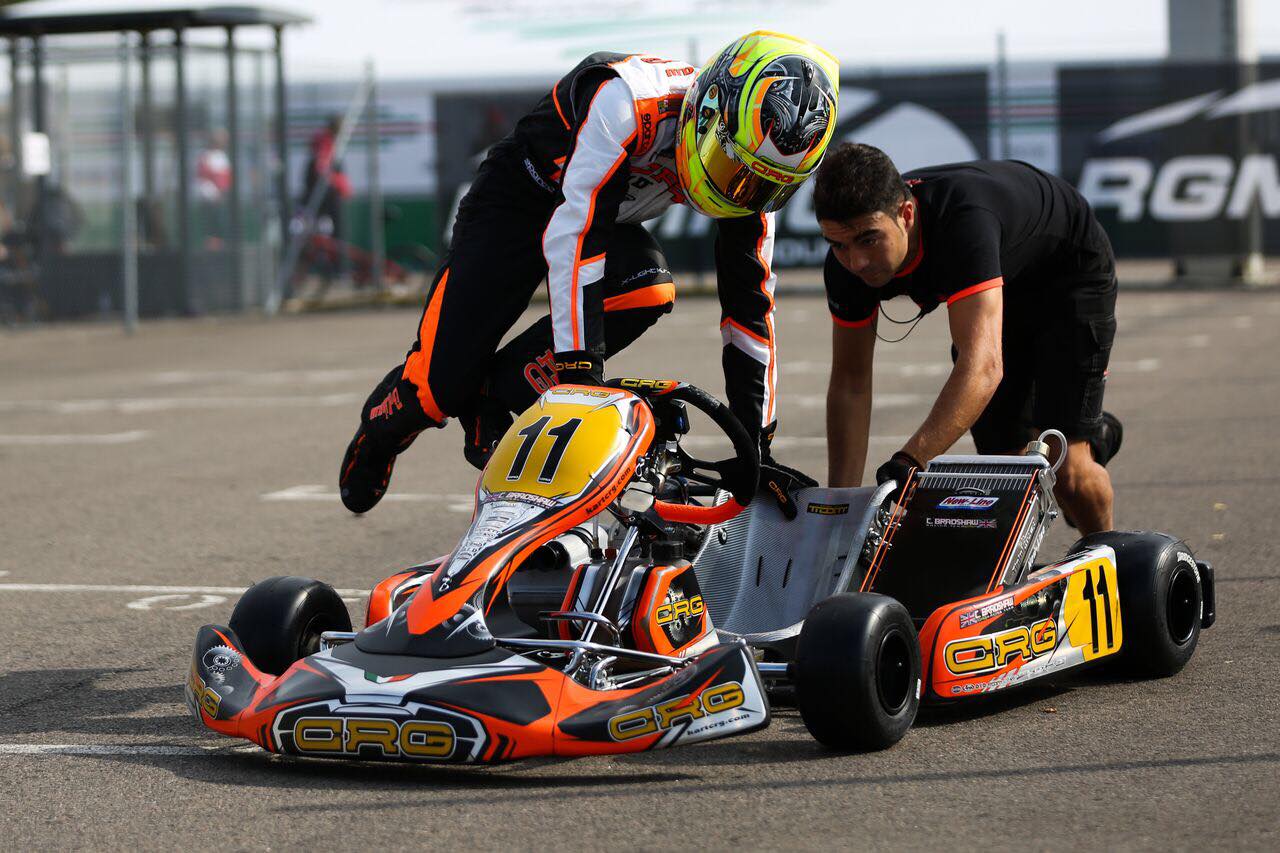 The FIA Karting World Championships is the biggest race in the World and has been since it first started back in 1964. Over 54 years it has seen the biggest names in the sport race in it at some point in their career and is an event that forms legends. Last year was Callum’s first appearance at the World Championships which happened to be on home soil. After qualifying pole position bad luck struck in the heats but despite that Callum still put in a brilliant performance to finish 11th.

Now at the end of his first full season in the European Championship, Callum had finished 11th in what had been a tough season at times. Kristianstad (SWE) would be the location for this years World Championship and has been a happy hunting ground for Callum in the past so he came into the event confident of a good result and got off to a good start.

Out of 102 of the World’s best drivers Callum qualified in 15th place, it was a good result which would see him starting all six of his heats from 5th on the grid. However, disaster would strike in the opening heat. Whilst running in 4th place just a few laps in the Reeds on Callum’s engine went which essentially puts an end to your race. It’s unfortunately one of those things that can happen from time to time, it was just rotten luck that it would happen now. 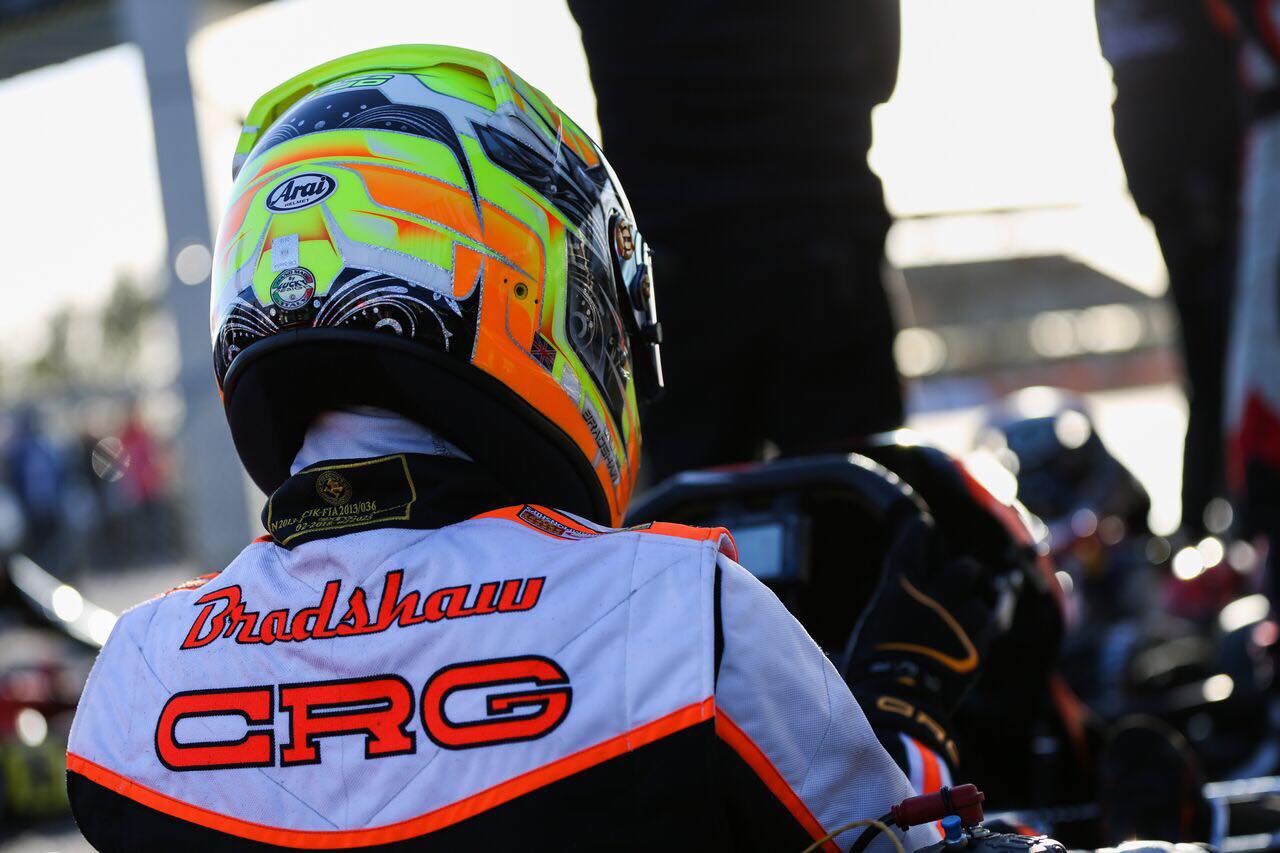 Saturday would see Callum have four more heats and in tough conditions at times he put in four very impressive performances to finish with two 4th places and two 6th places. It was a crucial day as only the top 34 drivers at the end of the qualifying heats would go through to the final and with one bad result Callum could now not avoid another.

The sixth and final heat saw Callum end on a very positive note with another 4th place finish. That would help see Callum comfortably through to the Final and he would start 16th on the grid. It was dead centre of the grid which would present a huge threat of getting caught up in a first lap melee and it made Callum reassess his ambitions for a result with a win realistically not possible. However, he still had a good chance to improve on his 11th of last year and that’s exactly what he would be aiming to do!

The first lap would throw up some drama as expected, but thankfully for Callum he was able to avoid it and made a handful of places moving up into 9th place. The only downside to this was the delay that had been caused in the process and the top seven had now broken clear by over two seconds. Directly ahead of Callum was home hero and former CIK-FIA Viking Trophy Champion, Viktor Oberg. Thinking long distance Callum began to work with the Swede, but the message hadn’t got through to some drivers behind and Callum found himself having to fight for his position four laps in. 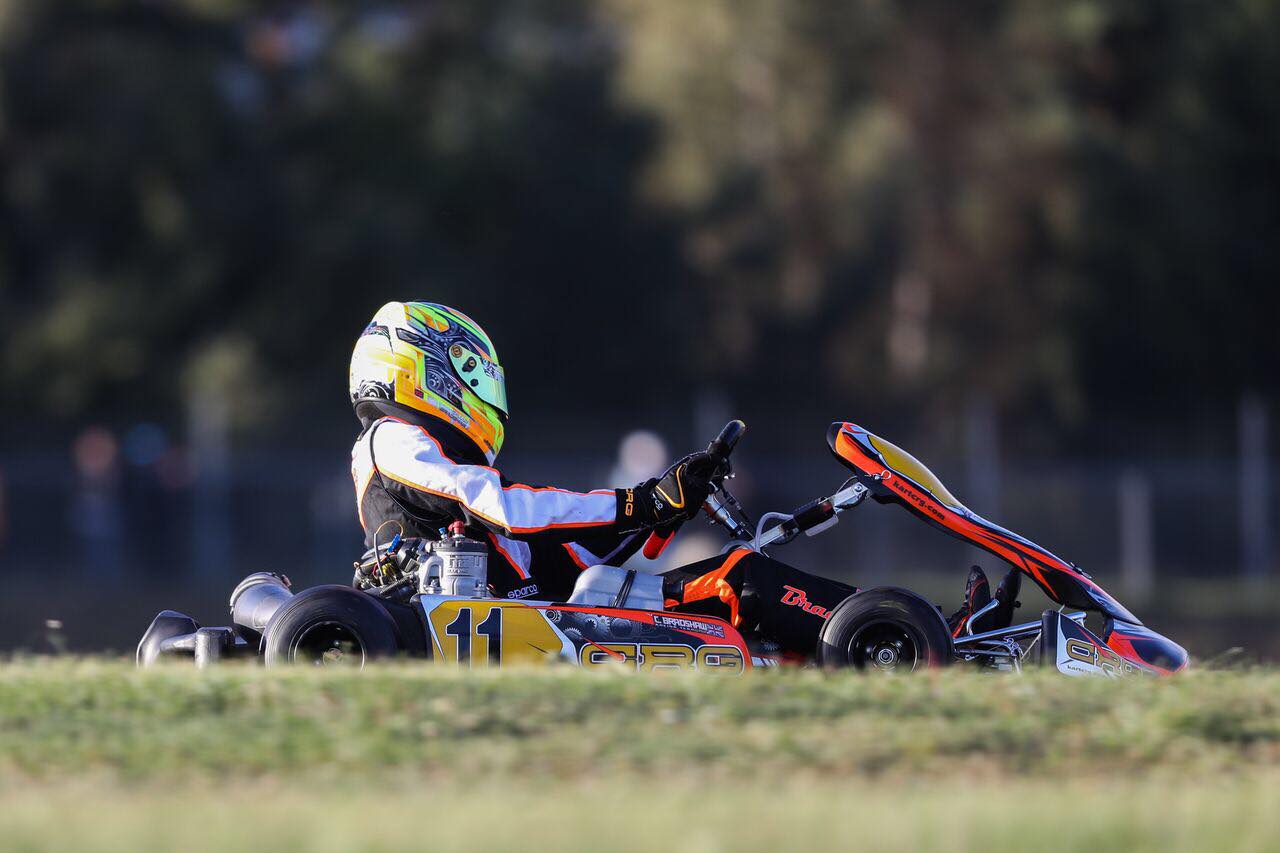 It was a shame as it had momentarily halted what was brilliant progress but by lap the chase to the battle for 4th was complete. Once again Callum briefly lost a position this time to former European Champion, Jonny Edgar. But he’d take his 9th place back from a former European and World Champion, Karol Basz. As you can tell there was a lot of champions within the top ten alone!

That led to a long stage of the race which really tested Callum’s consistency. He was able to keep Basz at bay who was not budging and was also managing the gap to Edgar well. It looked as if 9th was going to be where Callum would finish but late into the race he picked up a place at the expense of Harry Thompson before passing David Vidales who had qualified on the front row.

That left Callum in 7th which is where he’d go on to finish on track before being promoted to 6th place post-race. It was a fantastic result and a hard earned one too! It makes Callum the sixth highest seeded driver in the World officially and when next World Championship roles around he’ll be able to run that number on his Kart with pride. 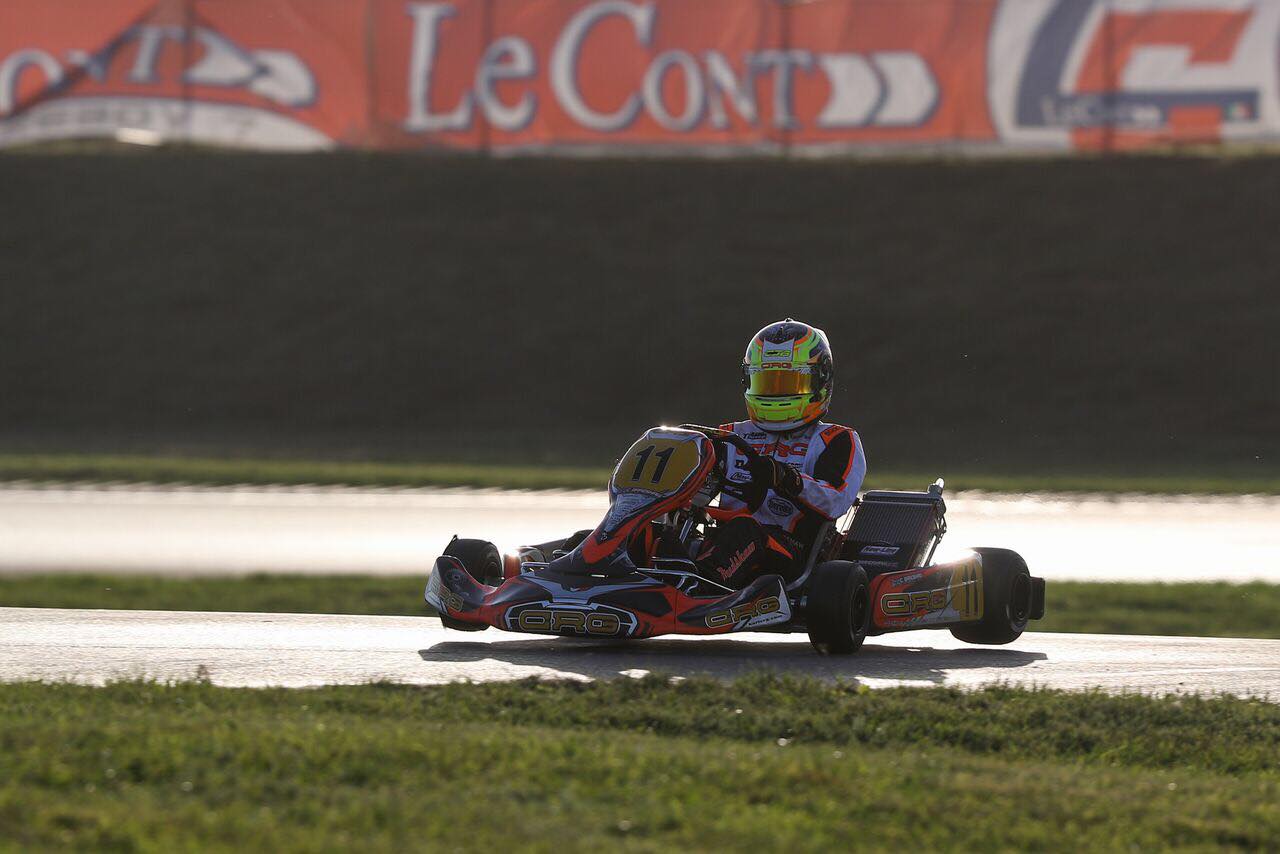 The result has seen Callum gain five places on his result of last year, if he can make that same progress next year, it could be truly one to remember!

“The 2018 World Championship. It was a difficult weekend because we never had the pace to win. We also struggled a lot over the weekend with the changeable conditions. The weekend definitely wasn’t helped though by the DNF in heat one (reeds went). However, the final was very good and I think we achieved the maximum from the package this weekend and I’m very happy with the result from 16th to finish 6th. I’d like to thank the whole of the CRG Factory for all their hard work as well as my mechanic Pablo and my Mum and Dad.”

There won’t be too much time for Callum to celebrate the result as he’ll be back on track this weekend to race in the legendary 24 hour of Le Mans in the CRG Team alongside Paolo De Conto, Pedro Hiltbrand and Andrea Rosso. 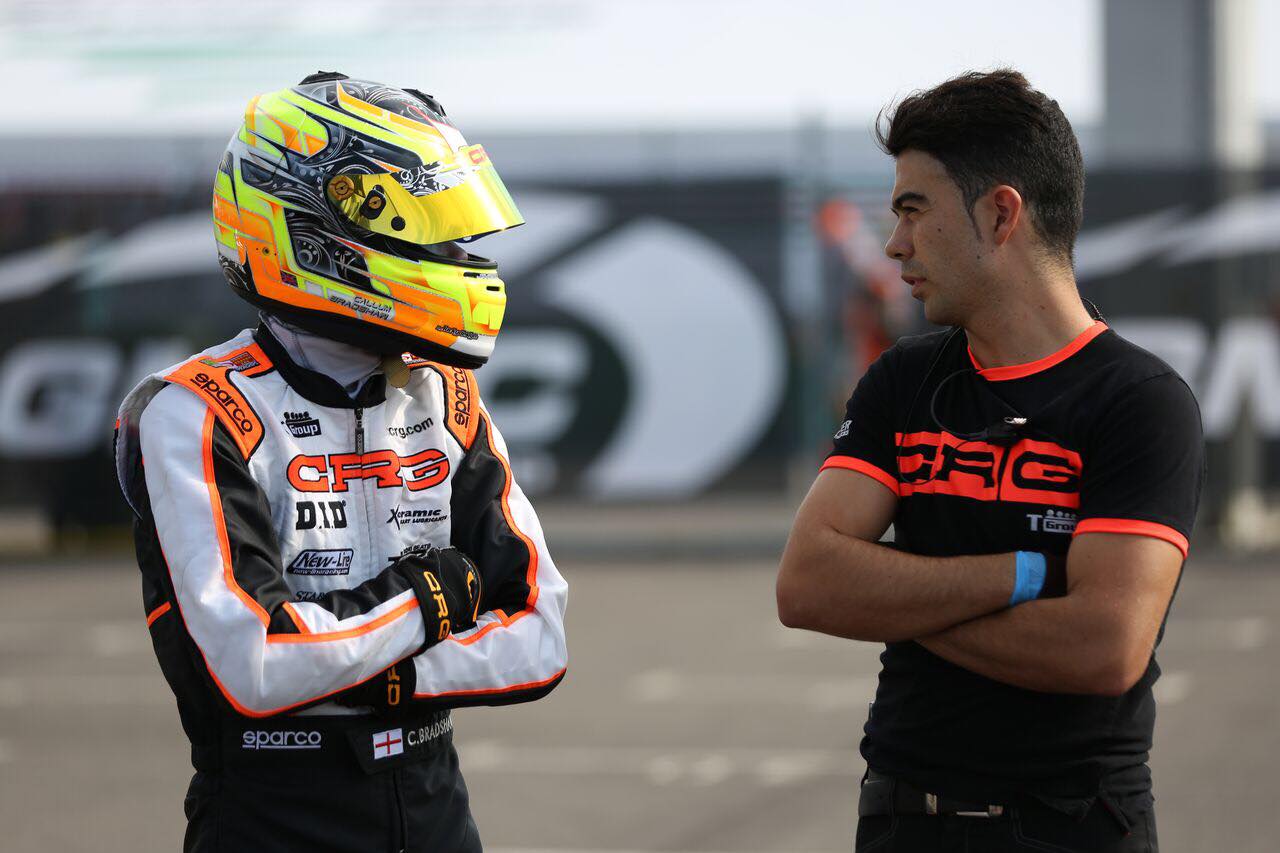