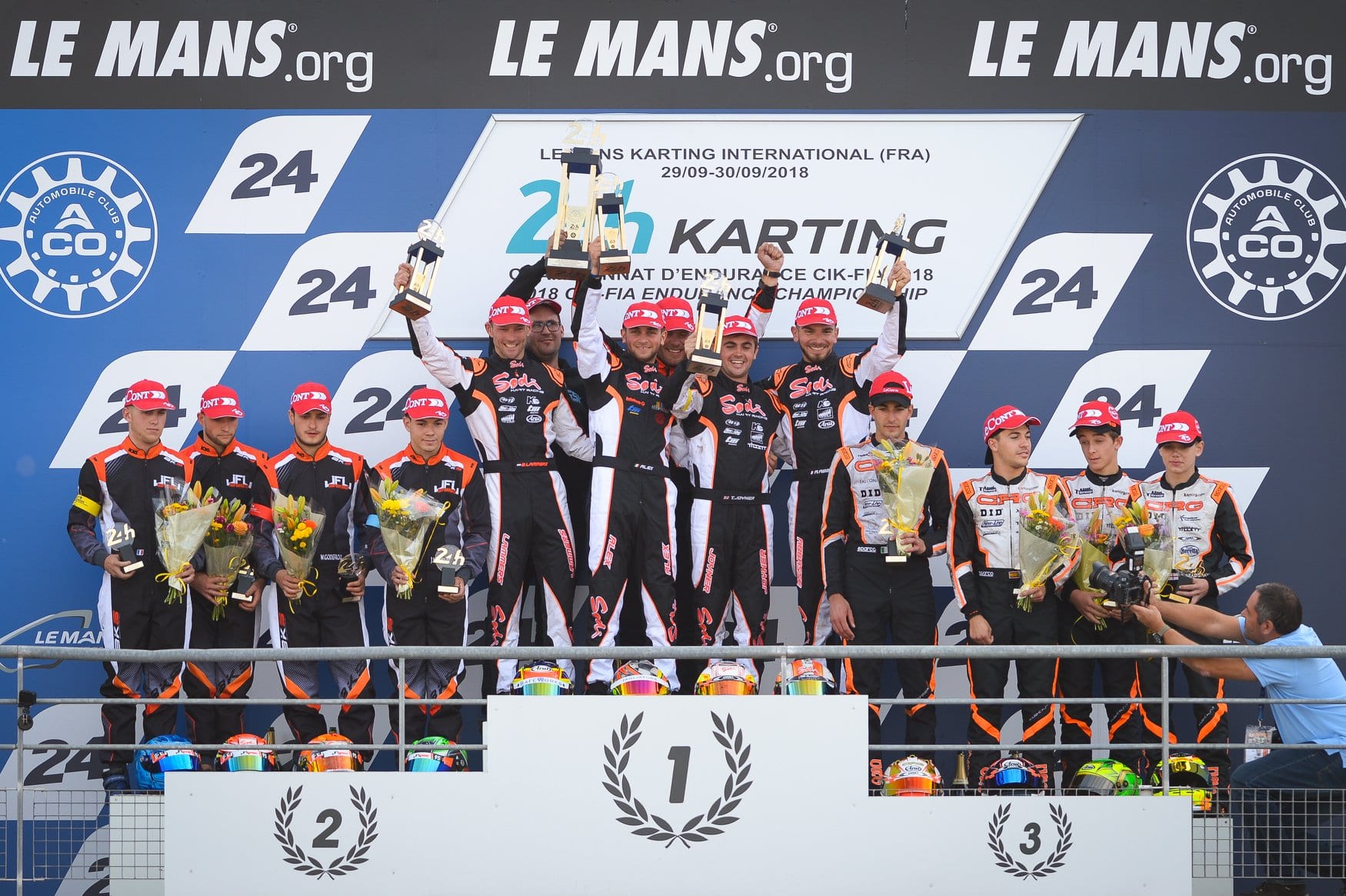 After a successful result on his debut in 2017, Callum Bradshaw was invited back to race with the CRG Factory team in the CIK-FIA Endurance Championship. Callum was part of a four strong driver line up which included former World Champions Pedro Hiltbrand and Paolo De Conto as well as Andrea Rosso.

After finishing 2nd last year the team were desperate to go one better this time around at the Le Mans International Karting Circuit. Things couldn’t have got off to a better start with the team qualifying on pole position for the race. As well as that all four drivers were quickest in their respected sessions making the team firm favourites for the title.

In a hugely competitive grid holding onto to that top spot would not be easy particularly over 24 hours which would no doubt throw up huge challenges for the entire team. Those afore mentioned problems were avoided for the start of the race with the team swapping drivers every 45 minutes with Callum heading out for the third stint.

As the sun set the team were in the top three in a close fight for the lead, but as the race entered the night the team were hit with it’s first major problem which came from the engine forcing the team to stop on track. On top of that they had developed issues with the axle which resulted in an eight-lap delay.

Heads did not drop with the team desperately pushing on to make up for lost ground, but despite their best efforts the damage was too much to recover from and they would have to settle for 3rd place. It was not the win they had hoped for, but it was nevertheless an impressive result considering the circumstances.