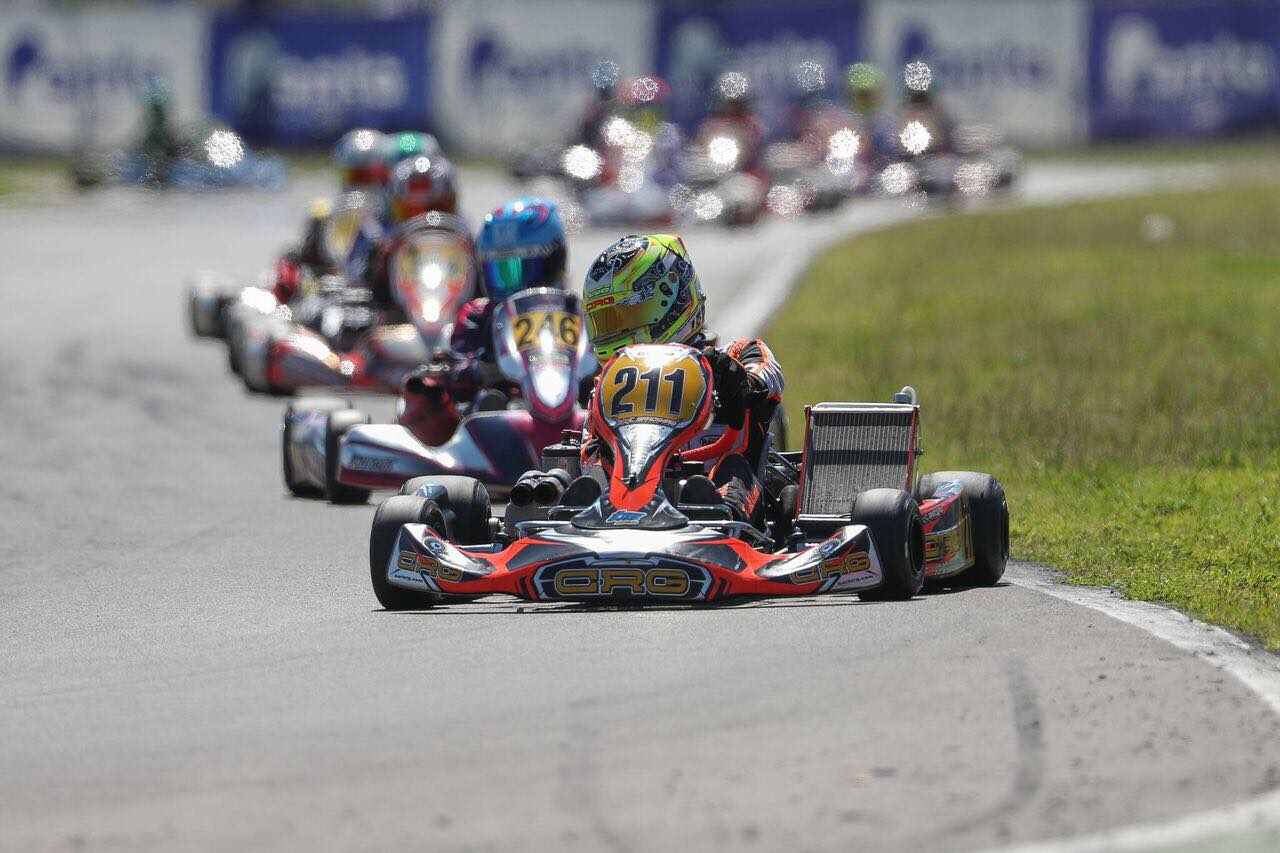 It was not the end to the WSK Super Master Series Callum Bradshaw had been hoping for after his season finished with him watching the Final from the side lines after an incident early in the Pre-Final. It was a tough one to take particularly as Callum had started all his heats in dead last and was running 7th in the Pre-Final at the time of the incident! 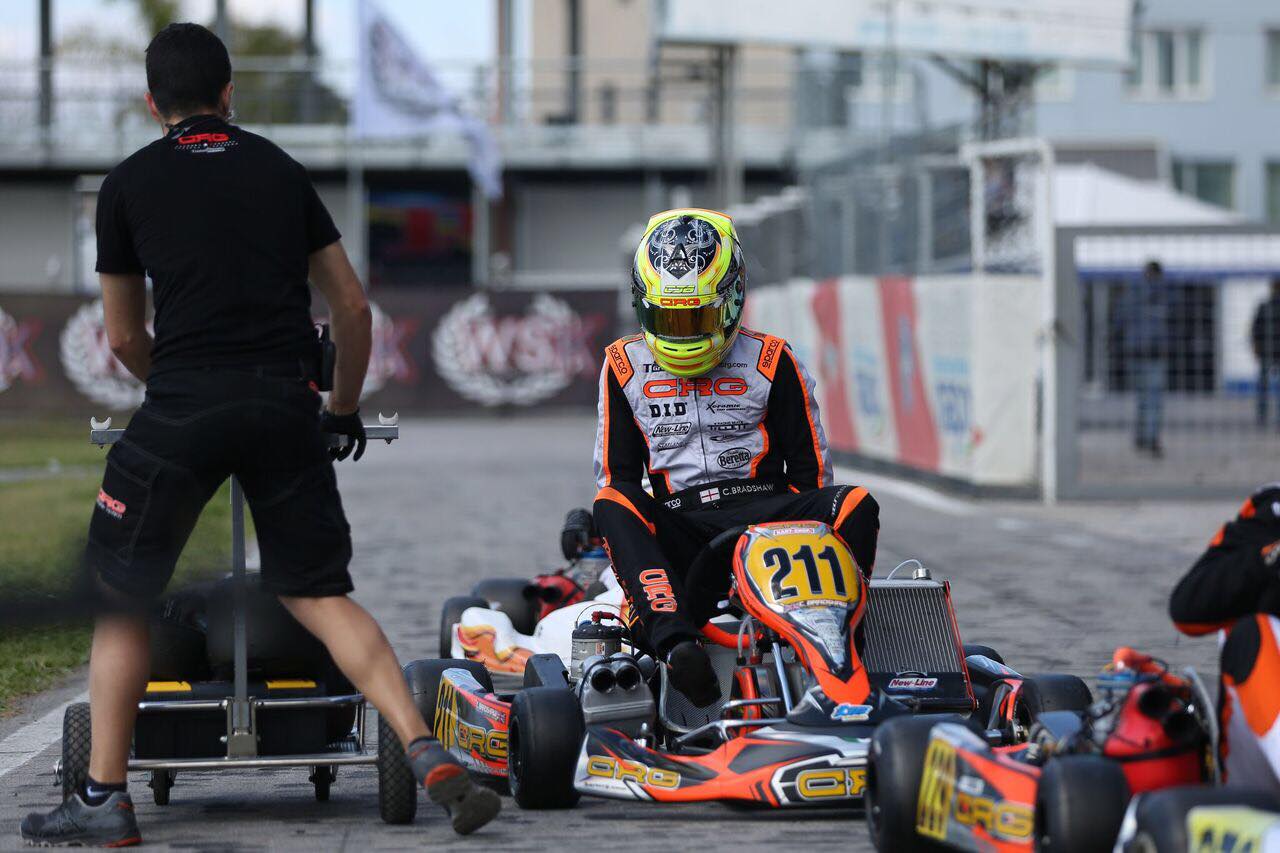 The 4th place of the round two would have been a distant memory after what unfolded in qualifying. Unfortunately, Callum would undertake one of his shortest qualifying sessions ever as he took a spin after just two corners leaving him to watch the rest of the session from the edge of the track. It was a big mistake as it would mean he’d start all his heats from last place and would have a lot of overtaking to do to have any chance in getting a good result come Sunday afternoon.

But this would be where Callum’s experience of racing in the UK would come in. Now on brand new tyres he wasted no time and was straight off the mark in heat one gaining a total of eighteen positions in just ten laps! What was even more impressive that despite all the passing Callum was just 0.025 seconds off the fastest lap of the race!

Heat two was equally impressive with Callum gaining a total of seventeen places in the ten laps to finish 13th place. This is all up against the World’s best drivers and considering what had happened on Friday Callum was doing a great job to put his mistakes behind him and move on. 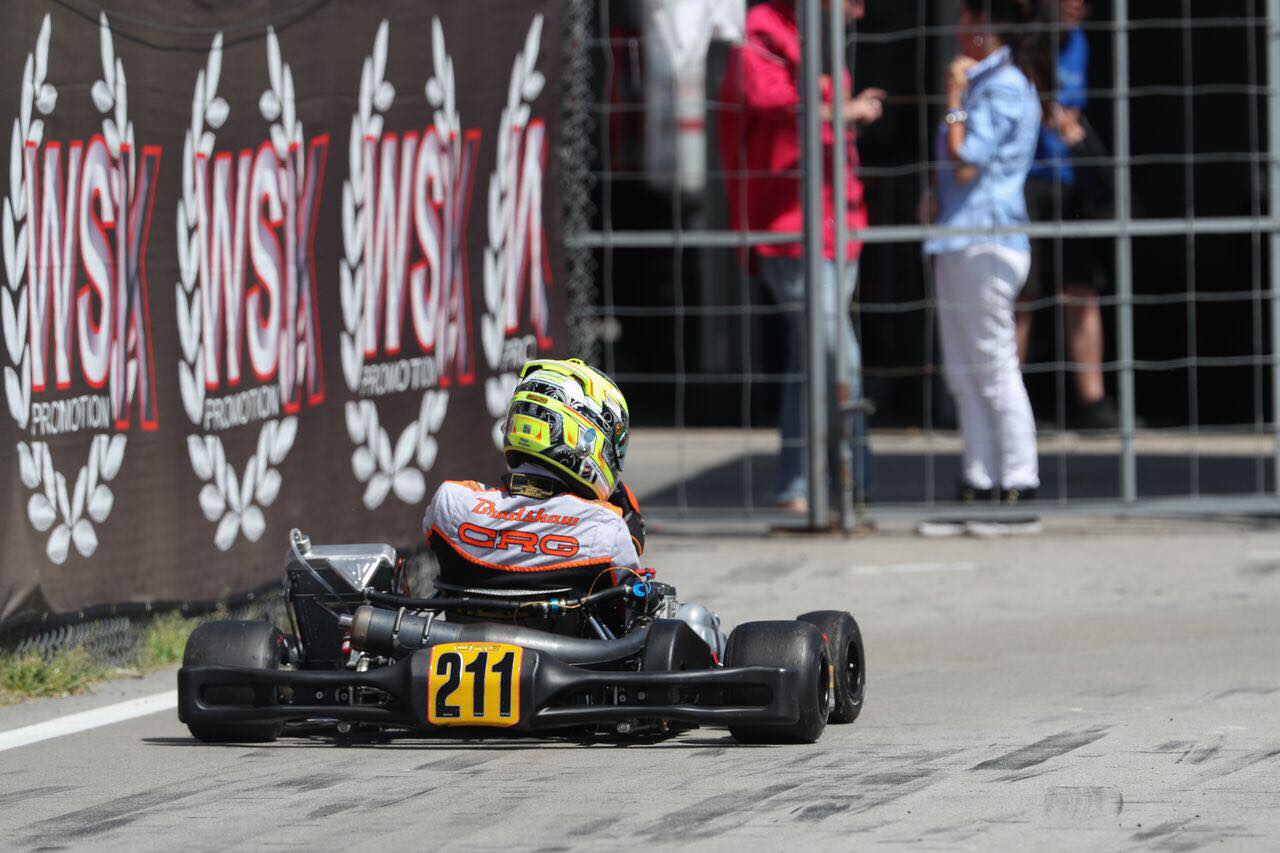 Heat three saw Callum’s best result as he climbed up to 11th place! One more lap and he would have been in the top ten which would have been an astonishing result given there was only one driver penalised and two who did not finish the race. With those statistics, it goes to show Callum was getting his result purely on merit!

The fourth and final heat would see Callum once again on fire as he was able to get himself involved in the battle for 7th place. It was a battle that had stretched all the way back towards the top twenty and by the end of the race Callum was 15th resulting in a fifteen-place gain!

After the heats Callum was now classified 28th place, considering he was in 74th after qualifying that is extremely impressive and is almost a gain of 50 places! During his four heats Callum gained 68 positions which almost an average of two overtakes per lap! It’s an extraordinary performance on the World’s biggest stage and was more than enough to make up for qualifying. 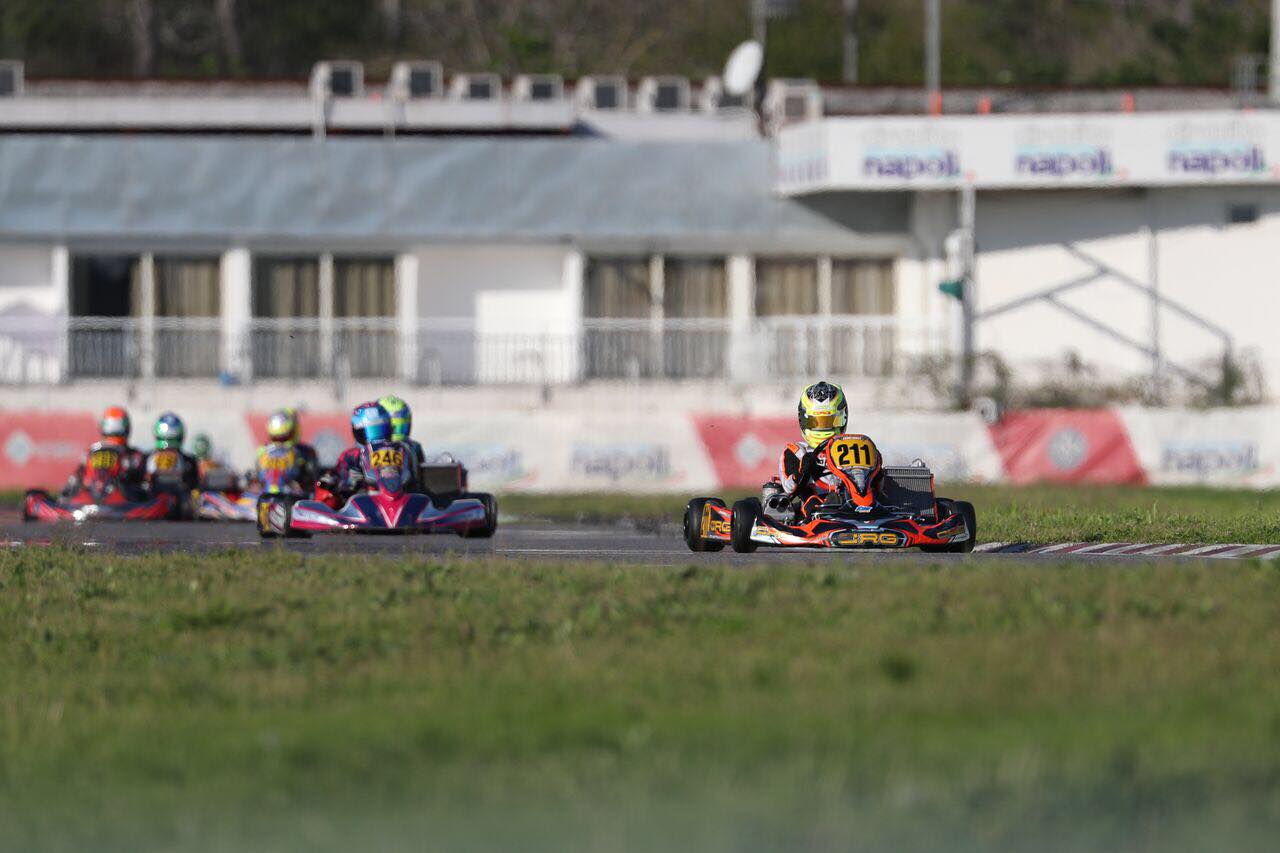 However, the Pre-Final would unfortunately be where it all went wrong for Callum. A brilliant start saw Callum quickly hassling the top ten at the end of the first lap with the lead pack still fairly bunched together. Lap two saw more progress as Callum moved up to 9th but it would be the next lap where Callum’s race was end. He passed Roman Stanek up at turn two and in his attempts to go into 7th Callum’s teammate turned into the corner causing in a big shunt.

It was a move that was clearly on but with the other driver not willing to give up they were both out of the race with Galli walking away injured after rolling the kart. Callum was thankfully okay, but understandably frustrated as were the CRG-SPA team.

However, leaving the weekend Callum was quick to see the positives. He had made a total of 73 positions and had he have got through in one piece he would have certainly been fighting for a podium finish in the final. Callum ends the WSK Super Master Series 16th in the championship, but it’s the FIA European Championship he is much more concerned about and with the season kicking off at Sarno next weekend he is confident with the kart underneath him and will be taking no prisoners in the World’s most prestigious karting championship! 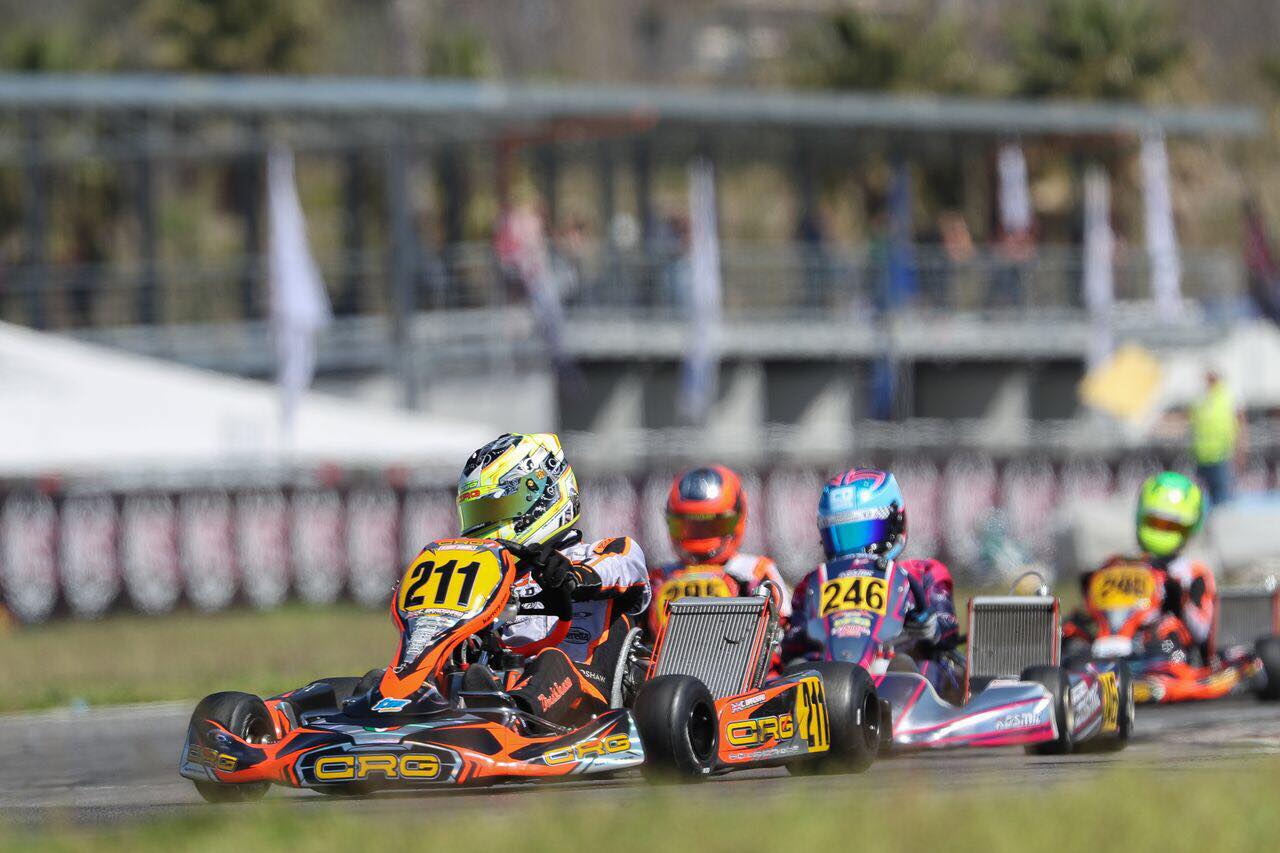 After the race Callum commented: “The last round of the WSK series didn’t go to plan. After my mistake in qualifying I started at the back in every heat. And after being really fast in the previous weekend I needed to prove myself. The heats we had very good pace and after gaining the most positions in every heat I was confident. The Pre-Final started very well and I was up to 7th but after an incident which wasn’t my fault caused me to retire. I am looking forward to the first round of the Europeans in two weeks.”

Before that European Championship opener Callum will be in action at Larkhall this weekend as he makes his return to LGM Series with BKC Racing.

Images courtesy of The RaceBox