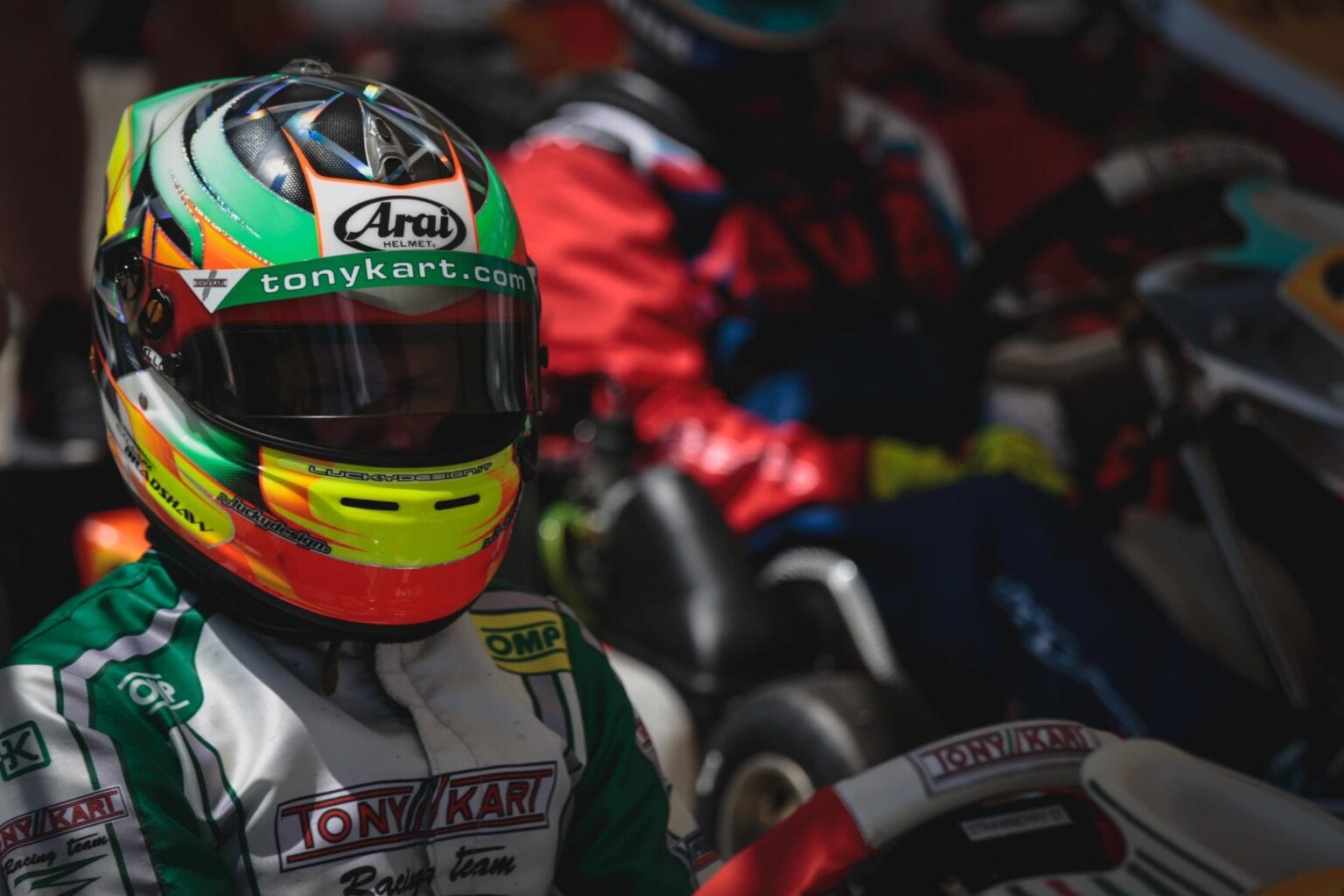 It was once again a phenomenal weekend of racing from the reigning FIA Karting World Champion as he headed to Germany for Round 3 of the 2021 Rotax Max Euro Trophy at Muslen in Germany. Heading into the weekend as championship leader and hot favourite for the title the pressure was on to deliver and leave the round in the strongest position.

After a strong practice getting to grips with the circuit and back in his rhythm after a few weeks away, qualifying would soon arrive and set the grid for the heats ahead. Heading out onto track Callum looked very fast and at the end of the session would claim pole overall with a time of 50.910 seconds to get off to a perfect start.

As the heats came so did the rain and the drivers would now all be tested on the German asphalts as grip levels dropped and the tensions rose. Callum set off from pole and was immediately engaged in an intense battle at the front for the win. Fighting hard with the World’s best Callum pushed hard to the flag, settling for 2nd and a good haul of points. With two heats to go it was still all to play for.

The second heat saw the World champ at his best as Callum set off from pole and didn’t look back lapping consistency quickly he soon built a lead over the competition and drove an outstanding race to the flag, claiming victory by over 4 seconds. A truly dominant display.

With one heat to go to round out Saturday’s action, Callum was looking for a replication of heat 2 and he delivered. Driving away from the field and maintaining a gap saw Callum claim his second win of the day placing him on pole for the first final.

Sunday arrived and track conditions were dry once again, with two finals lying ahead, all was still to play for and the racing action was about to heat up. Lights went out on final ome and Callum got stuck straight into the action fighting hard with long time rival Sean Butcher before working together to pull a gap and eventually fighting it out for the win in the closing stages. Come the flag it would be the 2nd place for Callum as he narrowly missed out on the win by just 0.1 seconds.

With a second place finish in final one this would now see Callum set off from 2nd in final two. Surrounded by the best in the world, Callum was once again ready to do battle around Muslen and aim for victory.

As with final one Callum was immediately engaged in the battle at the front with the leaders pushing each other to their limits for the win. Come the flag it would be another 2nd place for Callum and a huge points haul.

Callum now leaves the round with a commanding championship lead and the title firmly in his sights. The climax of the Rotax Euro Max Trophy will now see Callum head to Wackersdorf (GER) where he aims to secure the title and assert his Europe