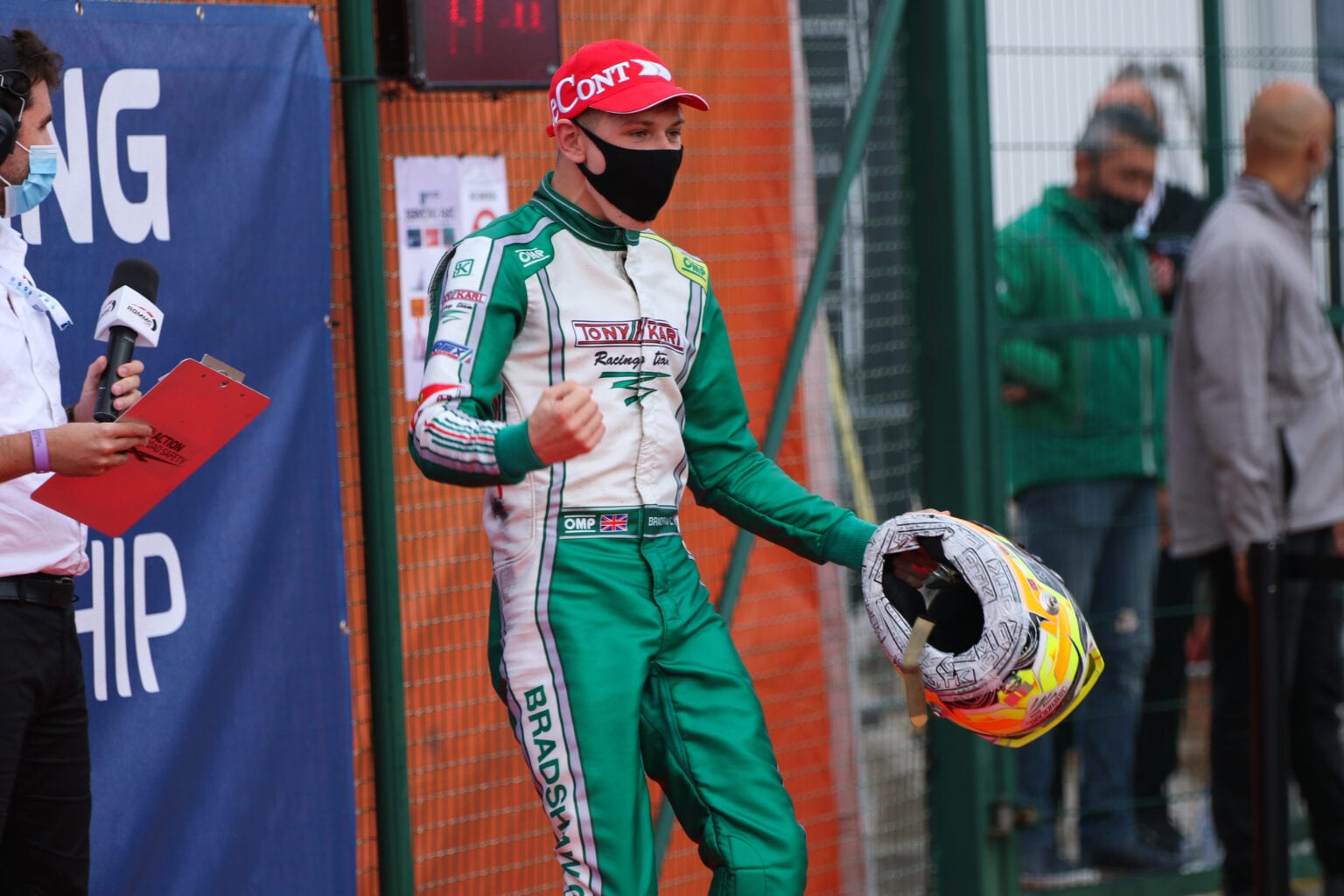 It has been confirmed that reigning FIA Karting World Champion, Callum Bradshaw, will remain with the Tony Kart Racing Team for the 2021 season. After putting the Italian giants back on top of the World for the first time since 2012 in just his third race with the team, the manufacturers have signed Callum for another season as he looks to add to his World title in his first full season with the ‘Green Army’.

The World Championship result made Callum the first British World Champion since Dexter Patterson in 2017 and went down as one of the most dominant performances in history with a gap of 8.7 seconds to his teammates Joe Turney and Pedro Hiltbrand at the flag. It left Callum the hottest prospect in Karting paddocks around the World and with that he was quickly signed to remain with the team for the 2021 season.

Callum has already made his way to Italy as preparations begin for the season ahead with the season provisionally due to kick off on the 18th February. Callum will compete in all major FIA and WSK Karting events along with other major European and International events.

Although testing has been largely restricted due the COVID-19 pandemic it is clear that Callum is able to adapt very quickly, something he has proven on several occasions throughout his Karting career.

Callum’s first race will be the WSK Champions Cup which kicks off on the 18th February and that will be followed by three rounds of the WSK Super Master Series before the FIA Karting European Championship begins at Zuera (ESP) in April.

Callum will have his eyes on a European title and will be looking to get Tony Kart back to the top of Europe for the first time since 2008. However, perhaps the most exciting prospect of all will be the opportunity for Callum to defend his World title in Brazil at the Birigui circuit in October.

There is plenty of racing to do between now and then and Callum is very excited to begin his first full season with the World’s biggest Kart team in just a few weeks’ time!

Callum Bradshaw: “I feel good about this upcoming year. It’s a good feeling that I have signed with Tony Kart for another season off the back of last years success. I think it’s going to be hard as I still need to understand the class and tyre, but once I have done that there is no reason why we can’t fight for the win.”