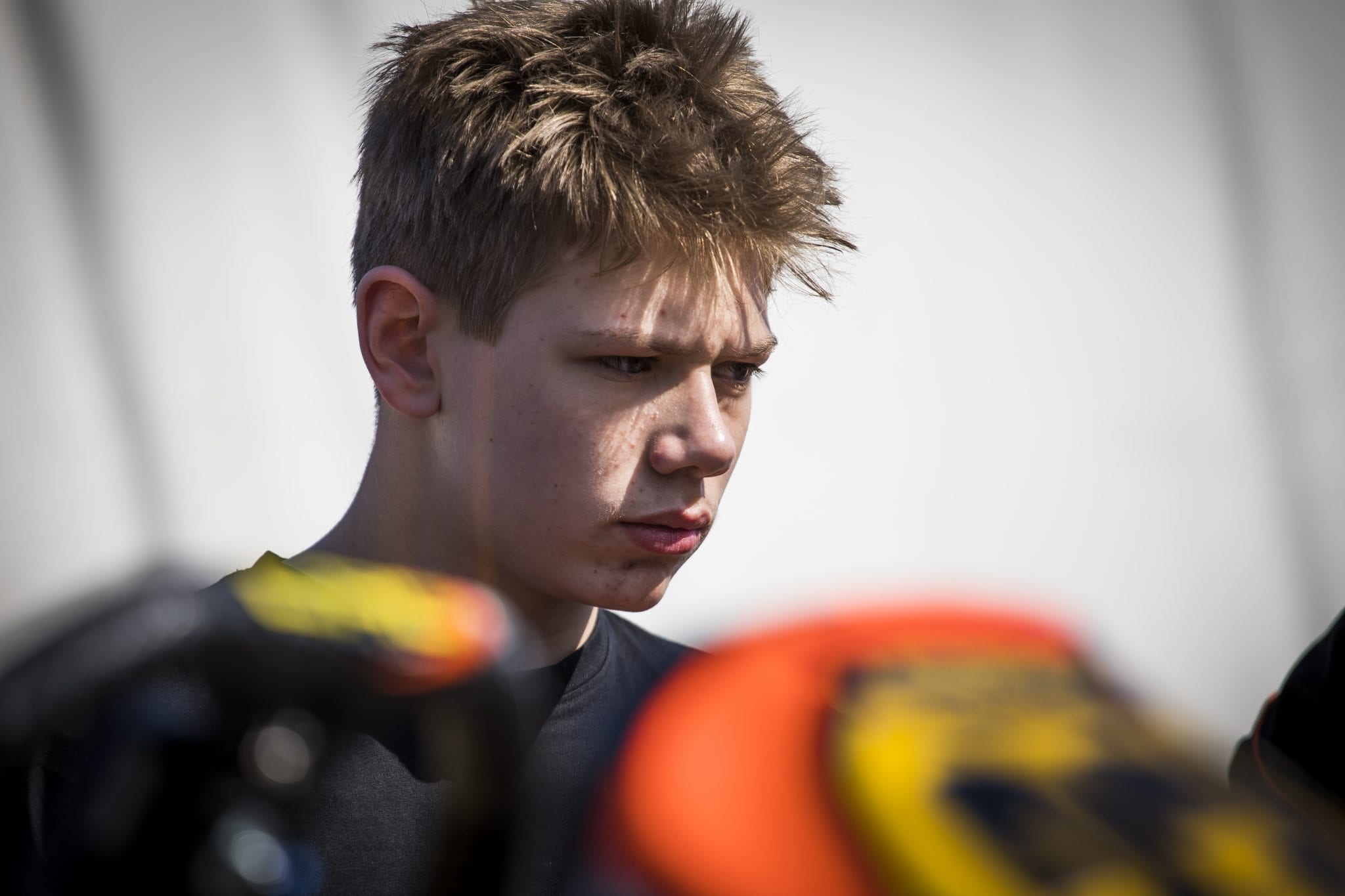 Callum Bradshaw was hit with more unfortunate luck at the weekend in round three of the WSK Super Master Series at the La Conca circuit in Italy. The CRG Factory Driver, had been on for potentially his best result of the season, but with a barely a few corners turned Callum was forced to watch the final from the side-lines after being taken out in a first lap pile up.

Callum had got his weekend off to a decent start with 18th overall in qualifying, which would see him start on row five for his heats. Callum’s opening heat was particularly impress as he climbed from 10th to 6th showing some impressive pace, but it was clear Callum was down on track time ever so slightly from his opponents. 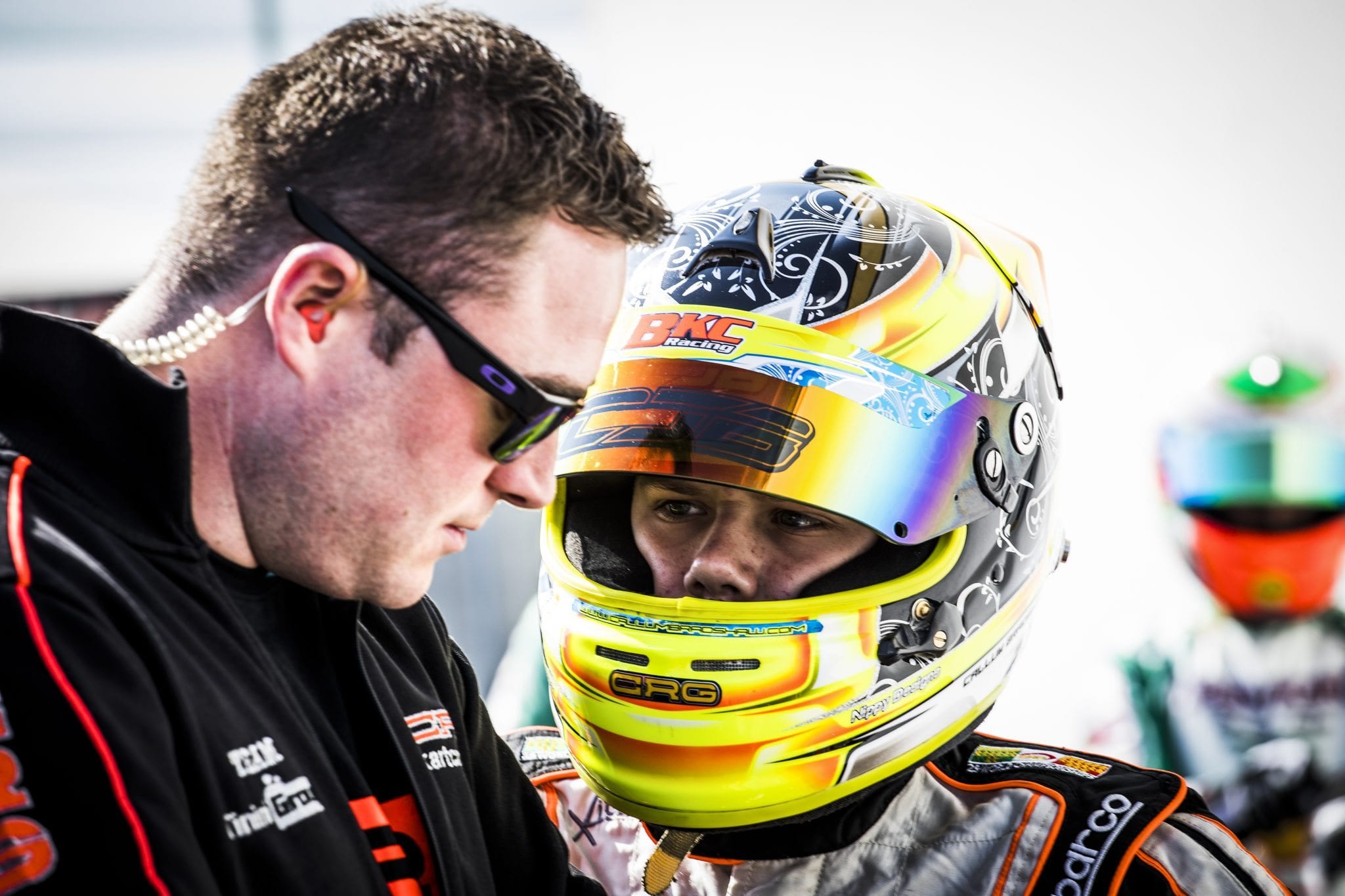 The La Conca is a circuit where most WSK competitors spend hours practicing at, for Callum this was not the case so to be doing what he was doing was particularly impressive!

Heat’s two and three saw Callum face some challenges on more than one occasion with incidents seeing him drop down the field in both races, but he was able to find more pace and recover to eventually finish 13th in both heats. 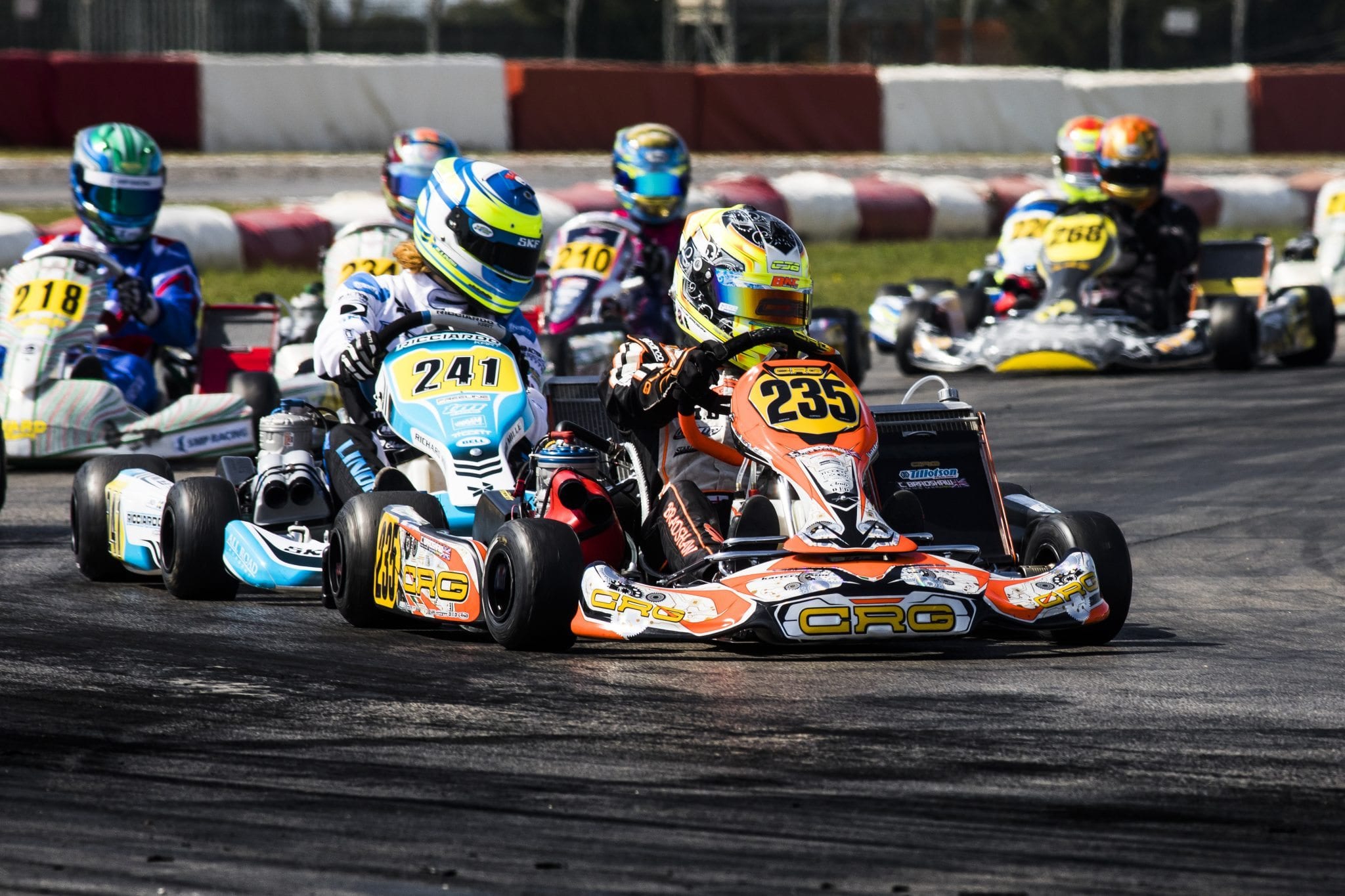 A 6th and two 13th place finishes were good enough to put Callum 19th after the heats which would see him start 10th in Pre-Final A.

In that race Callum was able to move forward and finish 8th place. More impressive was the fact that Callum was just two seconds away from 4th in what was a very close battle and he was matching current European and World Champion, Pedro Hiltbrand for pace! 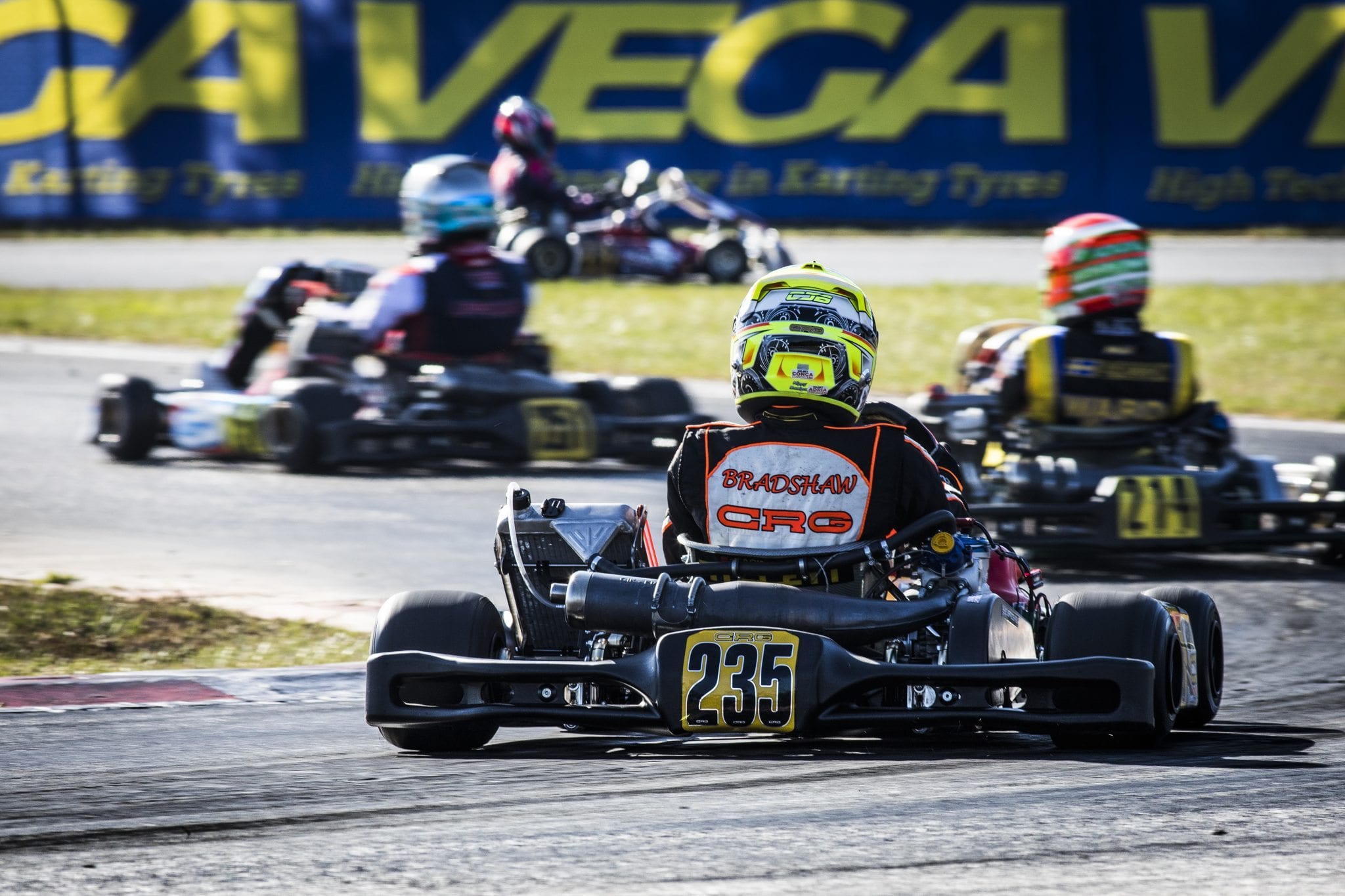 Unfortunately for Callum after just two corners he was faced with a decision on which way to go to avoid an incident that was developing ahead of him. Callum made his decision, but it unfortunately turned out to be the wrong way to go. It was a real shame as it not only saw Callum involved, but that was also his race over and he would now have to watch on from the side of the track.

How Callum would have done is unknown, but he was certainly the most confident he had been all weekend and was only looking like moving forward in that final. Unfortunately, the incident meant he was officially classified down in 33rd place. 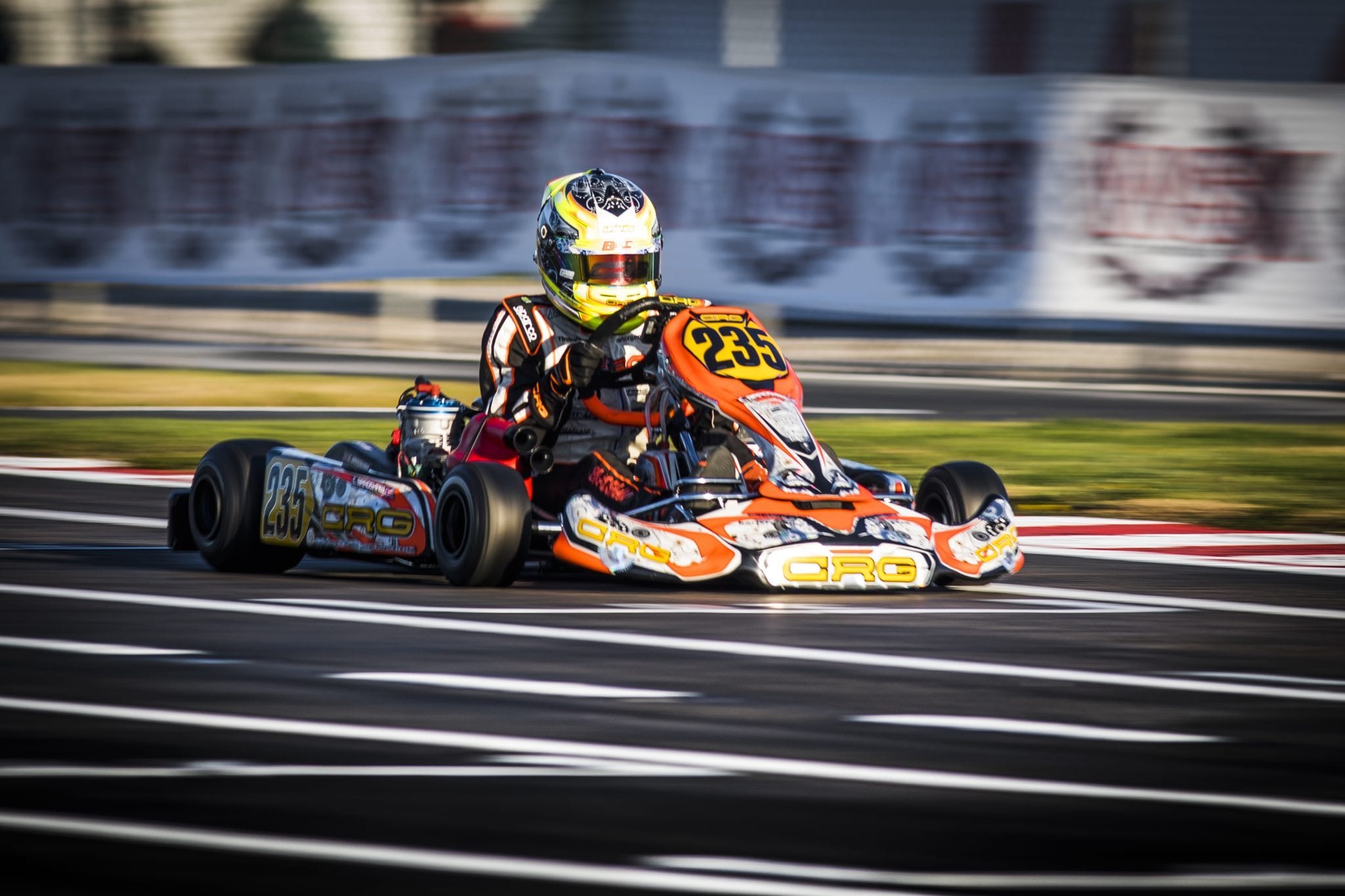 On the weekend Callum commented: “The weekend was good in general with good speed in the heats, in the Pre-Final we was particularly quick getting up to 8th from 10th. Things were looking good for the Final as i got up to 11th by the first corner but then running into trouble was disappointing. It’s annoying to have more bad luck, but if we keep improving our pace that should change soon!”

The result leaves Callum in 23rd in the championship with just one round to go. The championship finale will take place at Sarno on the 9th April which could see Callum move forward significantly should he get a good result. However, Callum will probably keep his eyes away from the table and shift his focus on to ending with a good result! 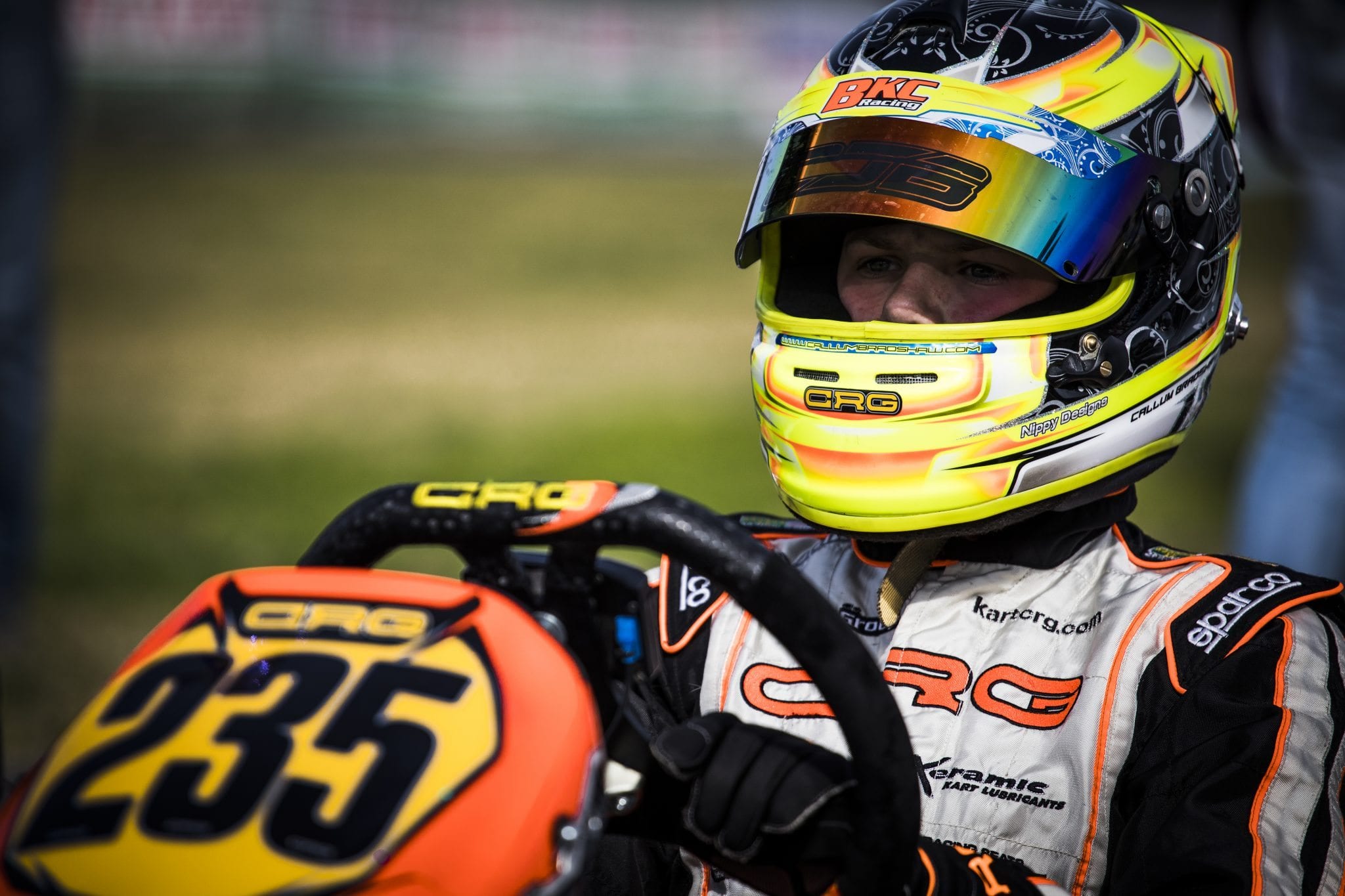