Callum holds on to 8th at European Championship season opener 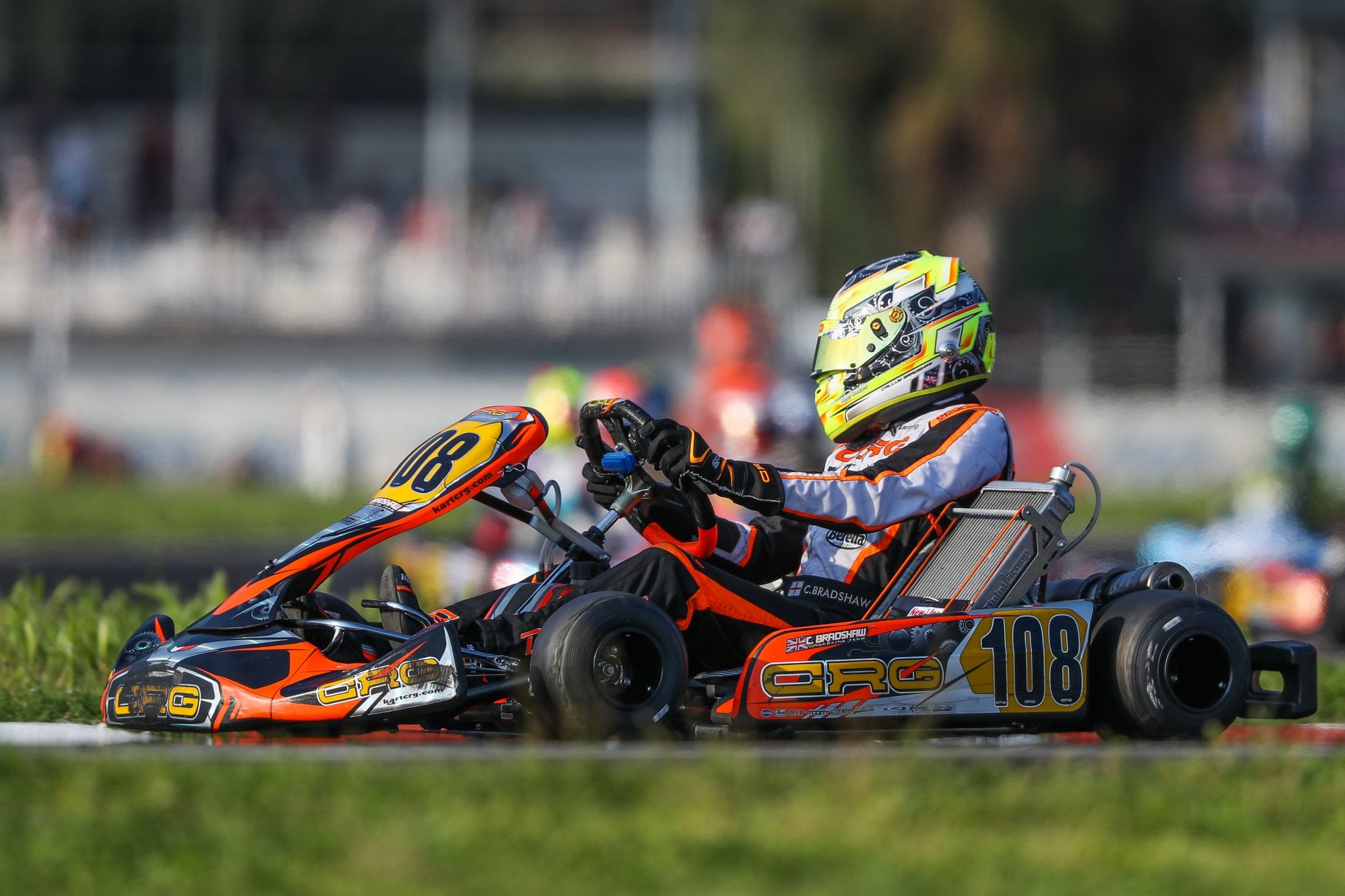 It was far from an easy start to the newly vamped FIA European Championship for CRG Factory Team driver, Callum Bradshaw, who suffered with issues all weekend costing him a shot at going for a podium. However, Callum made the most out of his equipment when it was at it’s best to get a top ten finish.

There was an increased entry list of 80 drivers entered into the championship from all around the World. Racing in the OK class for the second season not only were World Champions returning, but also World and European Junior champions stepping up and even top KZ and KZ2 drivers coming into the class as well.

It is arguably the most competitive grid there has been for years and along with that there were some changes to the championship. First, there would now be five heats rather than four and the championship had gone back to a four-round format. On a publicity side RGMMC had secured television deals all around the World to broadcast Karting live, something fantastic for Callum and his competitors. There were also some big guests to the event in both Felipe Massa (CIK-FIA President and ex Formula One driver) and Nico Rosberg (2016 Formula One World Champion). 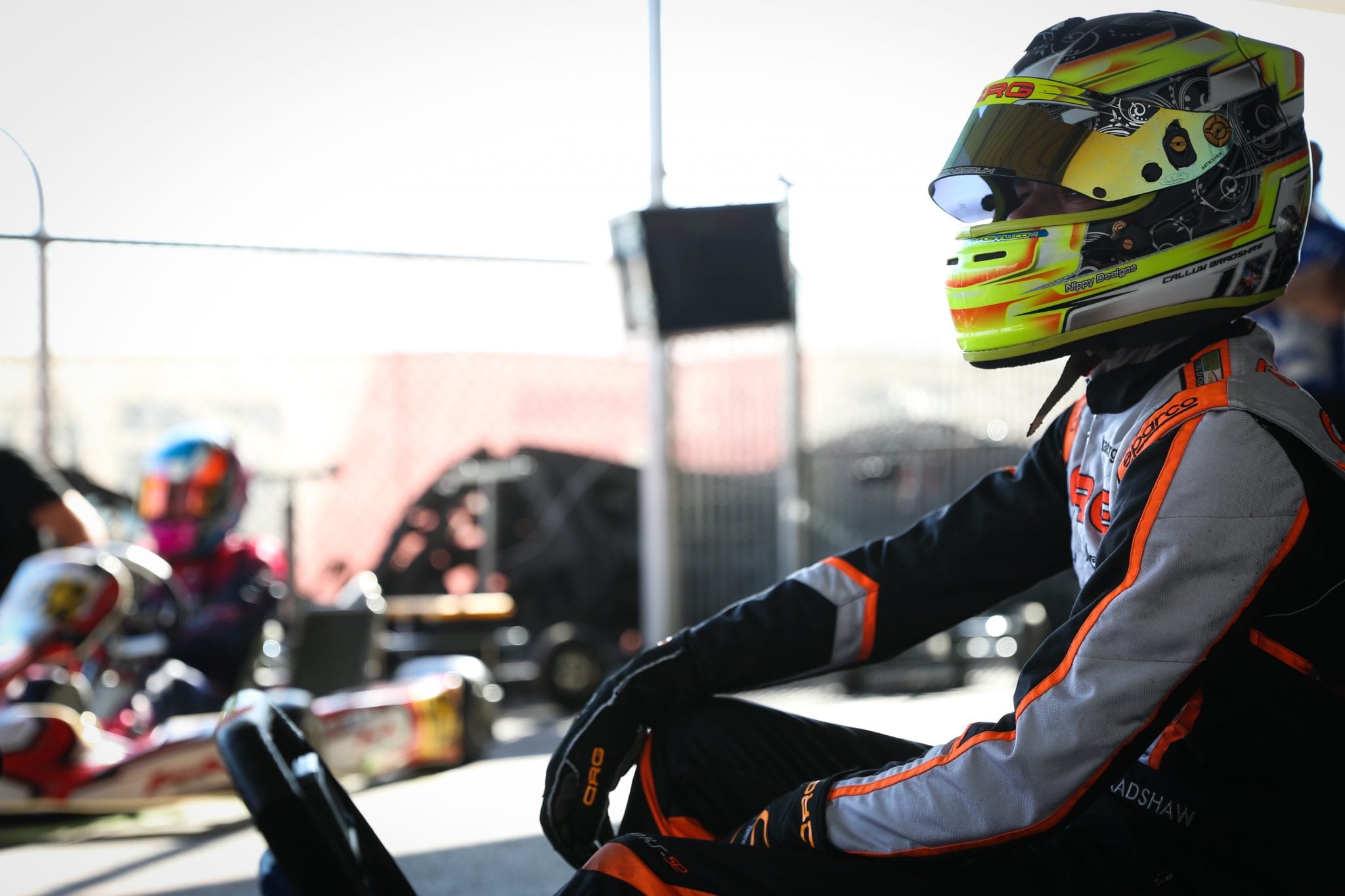 To the racing itself and first up on an official capacity would be qualifying on Friday afternoon. Callum went out in the final group and set a respectable time which would leave him 23rd overall. It’s far from where Callum would want to be but he was doing the best to get around the problems he and the team were suffering.

Starting from 8th in the opening heat, it took Callum just two laps to make it to 5th place but by the time he had got there the lead quartet were over a second ahead. In a field so tough closing in was going to be hugely difficult, so consolidating 5th place was the best Callum could do. As for heat two Callum lay in the same position with the chance of a potential 3rd place finish! But Callum perhaps made a mistake not defending his position at turn three at dropped to 7th. However, he would make up for it on the penultimate lap taking advantage of a move ahead to pick up two positions!

The trend of finishing in 5th place continued into heat three with Callum once again moving forward by three places. There was one slight hiccup in his way there when he dropped to 7th, but that soon turned to 6th which would become 5th post-race. The day didn’t end on a hugely positive note for Callum with an 8th place to conclude proceedings. It was the race that started to highlight performance issues during the end of races for Callum which cost him yet another 5th place. 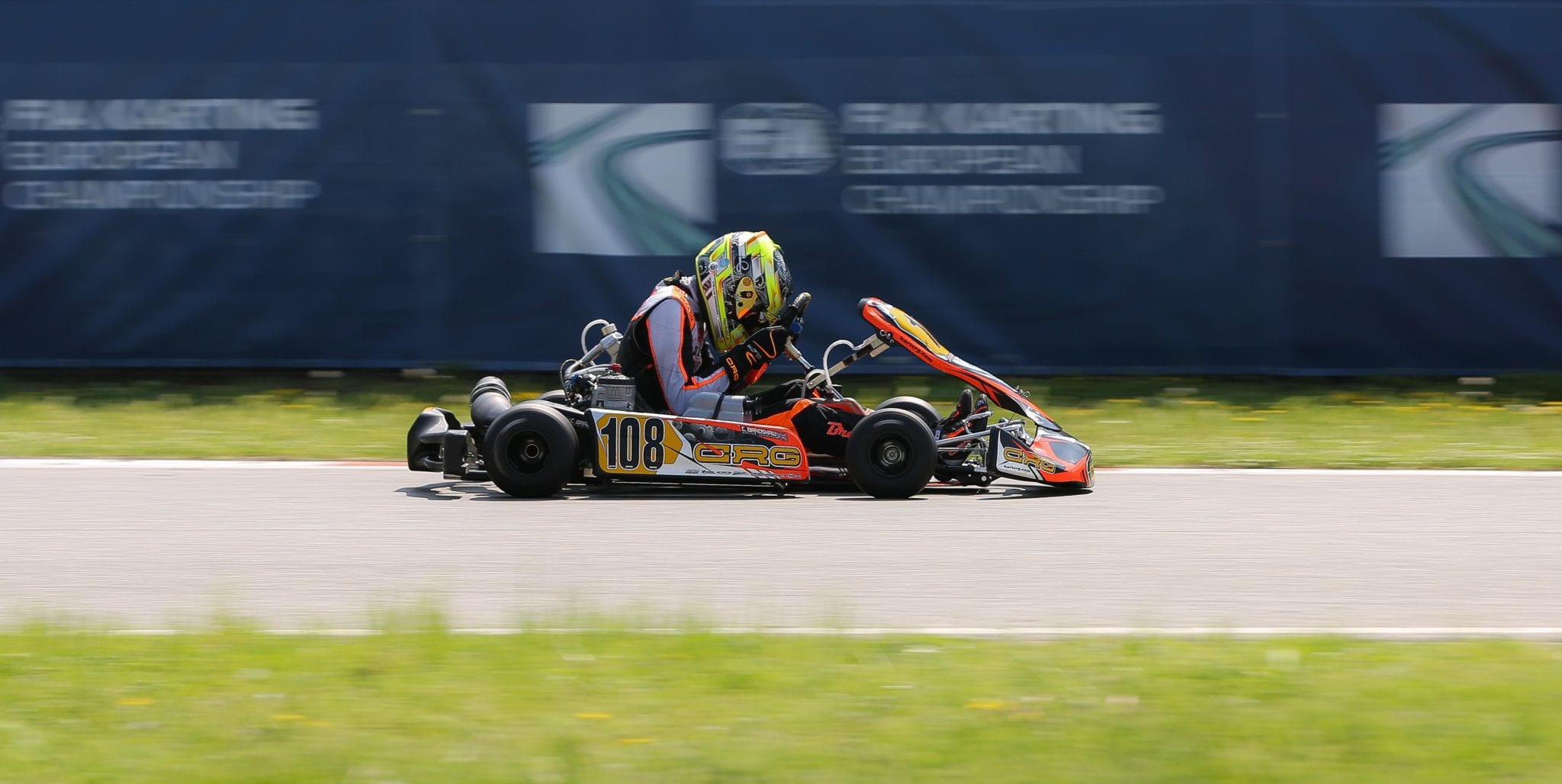 The fifth and final result on Sunday would produce the same outcome with Callum ending with another 8th place finish. Overall it had been a very consistent set of results but qualifying 13th on the grid for the final meant Callum just out the chance to score his first championship points.

But the final was yet to come and with 20 laps on the board there was a long race ahead and making some big changes for the final everyone had their fingers crossed for a good result!

As the lights went out it was initially a bad start for Callum but with some hectic battling ahead going onto lap two Callum was able to place himself perfectly and moved from 11th to 7th in just two laps! The impressive pace continued over the next few laps with Callum then moving into 6th place as we went into the second half of the race. It looked as if the changes had all worked but unfortunately the same issues arose again in the final few laps and Callum was falling down the order with no way of stopping it.

For Callum, the last few laps of the race all became about damage limitation and he did a good job to hold off a queue of four drivers which had formed behind for the last few laps which included the likes of Hugo Sasse, Chris Lulham and Zane Maloney. The flag couldn’t come sooner enough for Callum who was able to hold onto 8th place leaving him 10th in the championship. 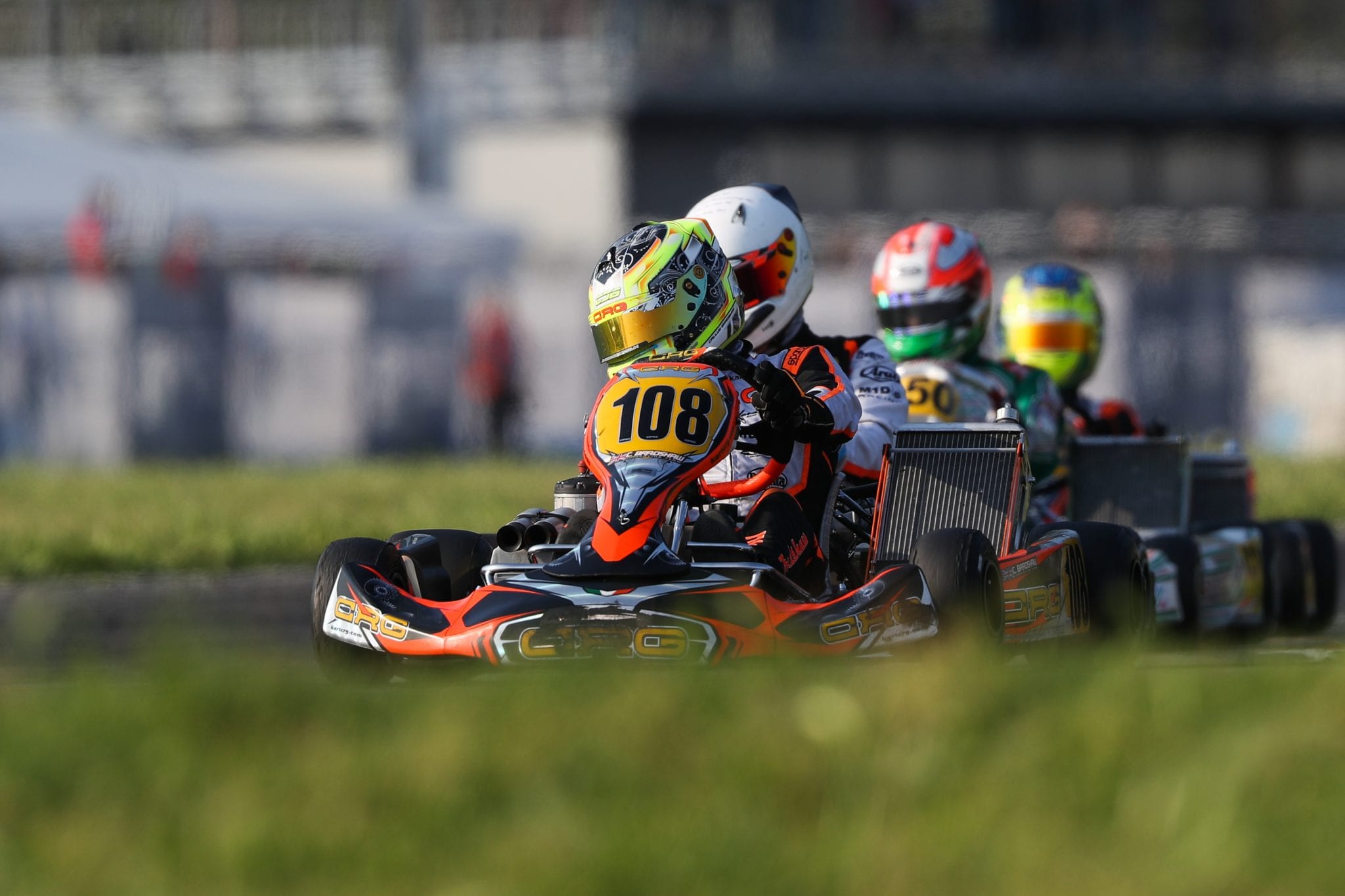 After the weekend Callum commented: “It’s fair to say the first round of the europeans didn’t go according to plan. We struggled the whole weekend. We ended up getting a strong result considering the pace and I’m sure it won’t be long before we are back to fighting for podiums! I’d like to thank the team for all the hard work in the build up to the championship and indeed for round one. We haven’t had a bad start and we are going in to PFI next which should be our strongest track!”

Next for Callum is rounds three and four of the SKUSA Pro Tour at Phoenix next weekend. 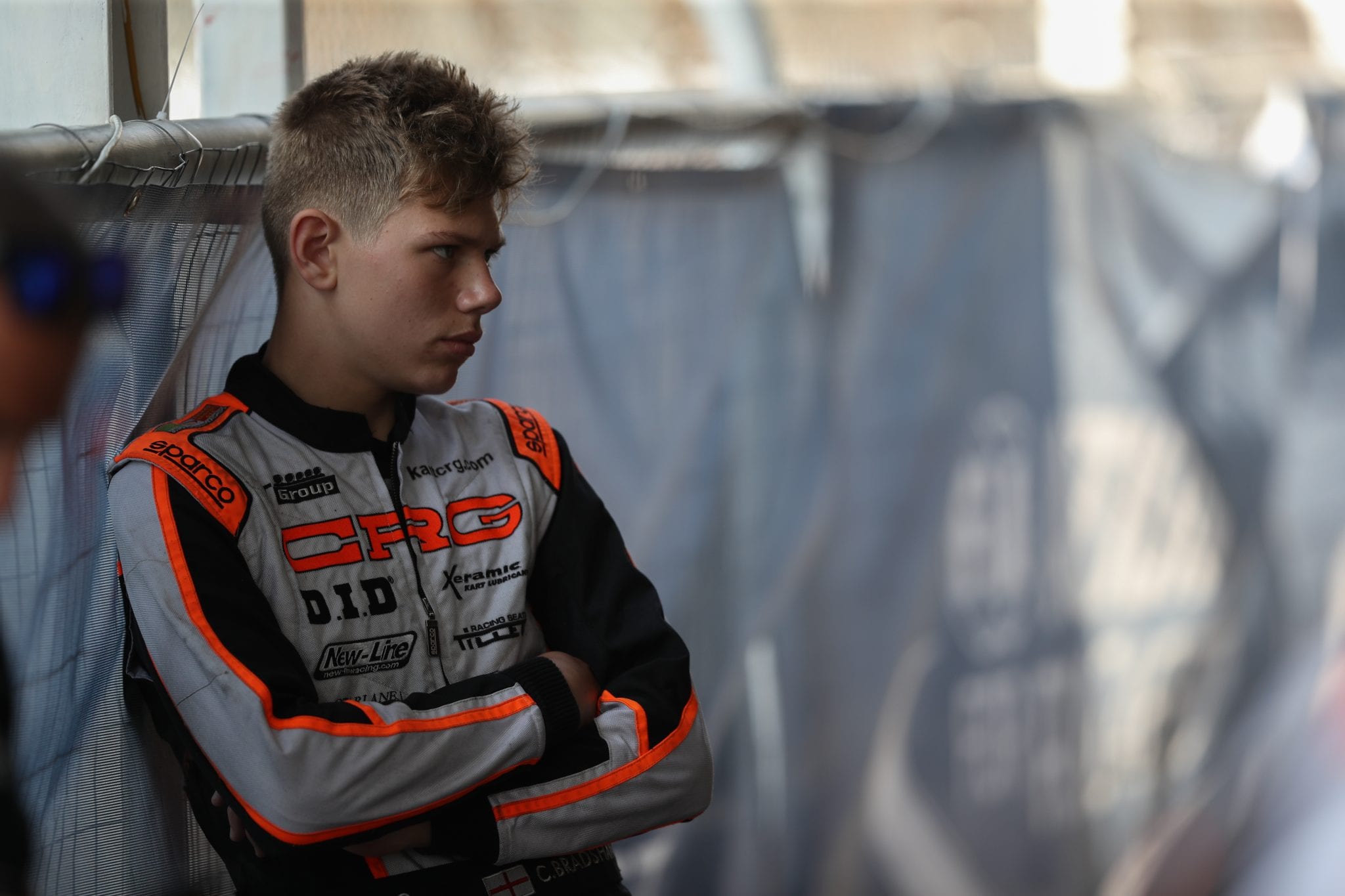