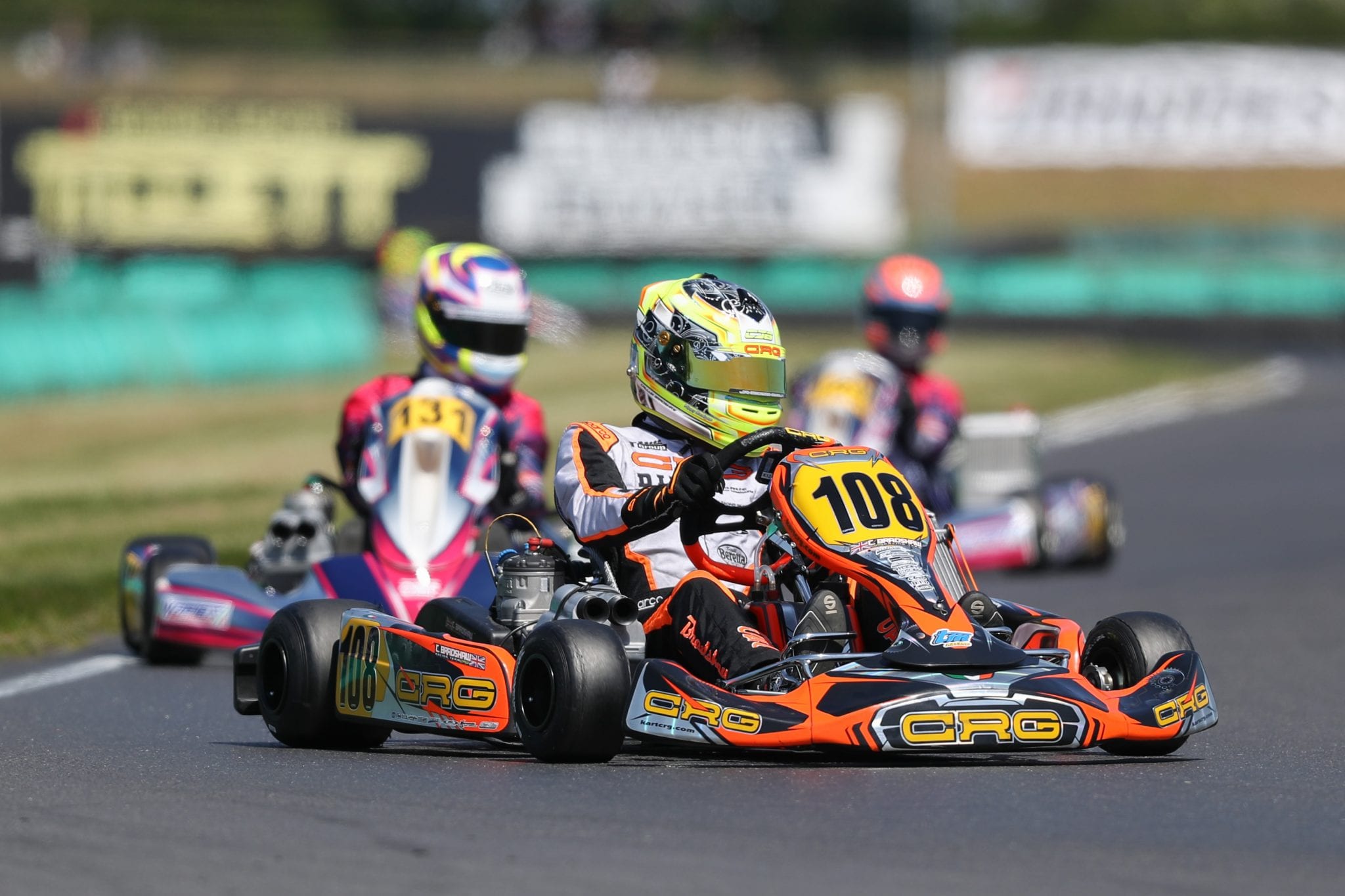 Despite struggles off track, Callum has continued pumping in good results on track taking another top ten finish at round two of the FIA Karting European Championship. At his home race, PF International, Callum had hoped to be challenging for the win, but having had several issues over the weekend Callum impressed many with his valiant efforts to bring home a hard fought 10th place.

After finishing 8th place at round one Callum came into PFI hoping to improve on that result. At a track where he has been so successful at in the past, it’s always been a happy hunting ground for Callum having won events including the MSA Kartmasters British Kart Grand Prix there in the past. Callum also qualified pole position at last years World Championship in a grid of almost 90 drivers!

With just shy of 70 drivers on the grid it was once again a packed grid with qualifying being a critical part of the weekend on Friday afternoon. Tyres had once again caused several issues up and down the grid leaving the results mixed, particularly in the Senior class and with that in mind 20th for Callum was far from a bad result! It would put him 7th and 8th on the grid for his heats giving him a good chance of moving forward! 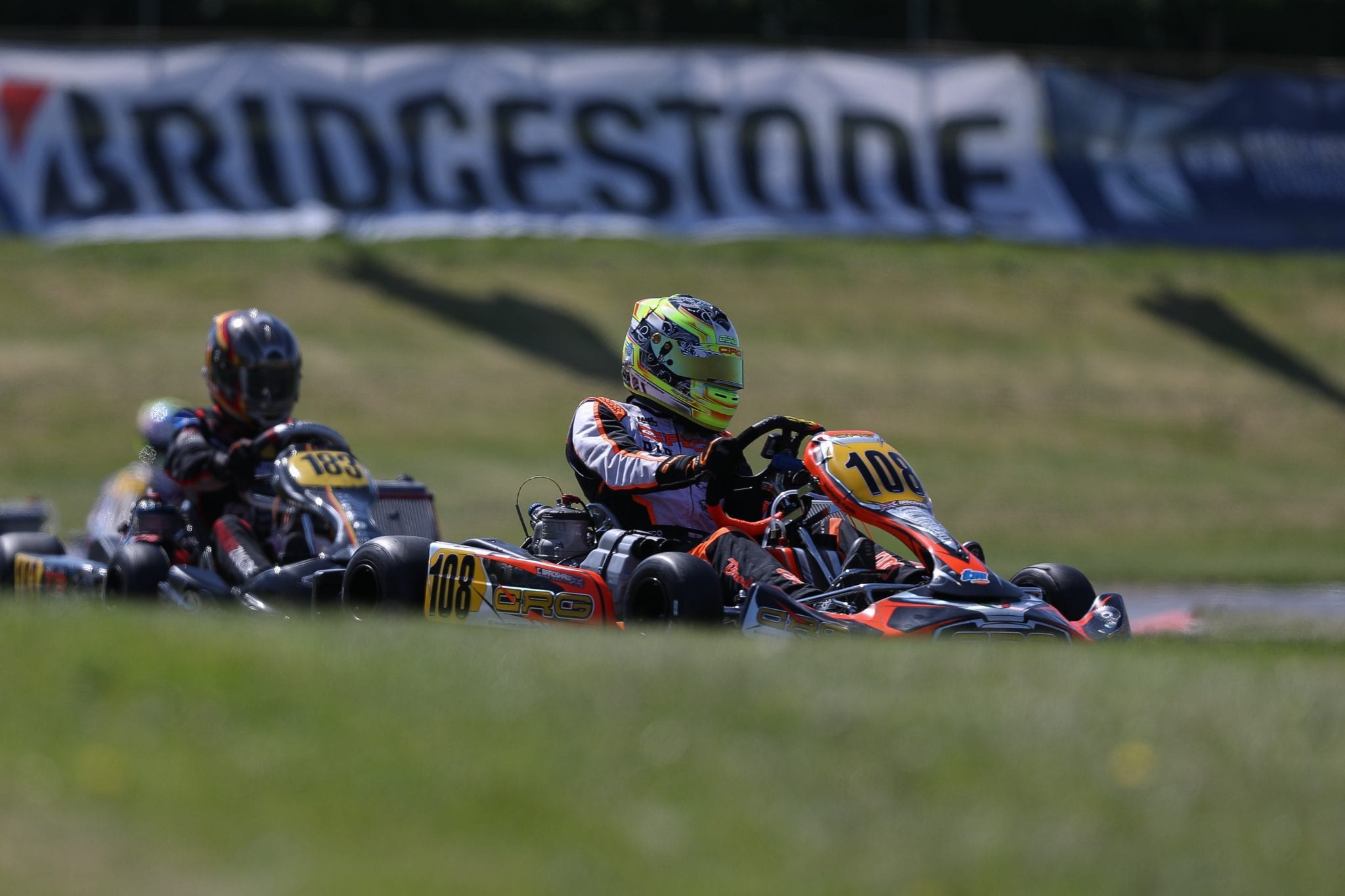 Overall Callum put on a very good performance in the heats, whilst others in a similar position ran into some sort of drama’s at some stage Callum always kept his nose clean and got the maximum he could achieve out of the kart.

The heats started with two strong 5th place finishes followed by an impressive 4th place in the third. It was results that could move Callum from 20th in qualifying to a top ten start for the final! To conclude Saturday Callum finished 6th with the tyres now starting to take a beating. It was a disappointing result in a way given Callum had been running in 3rd at the halfway stage, but still nothing to be disappointed about.

The fifth and final heat on Sunday saw Callum clearly struggling and with everyone giving it their all to put maximum points on the board ahead of the final it came down to damage limitation. As the laps ticked down drivers around on fresher tyres began to come past but by the flag Callum had finished 11th which was far from a bad result. 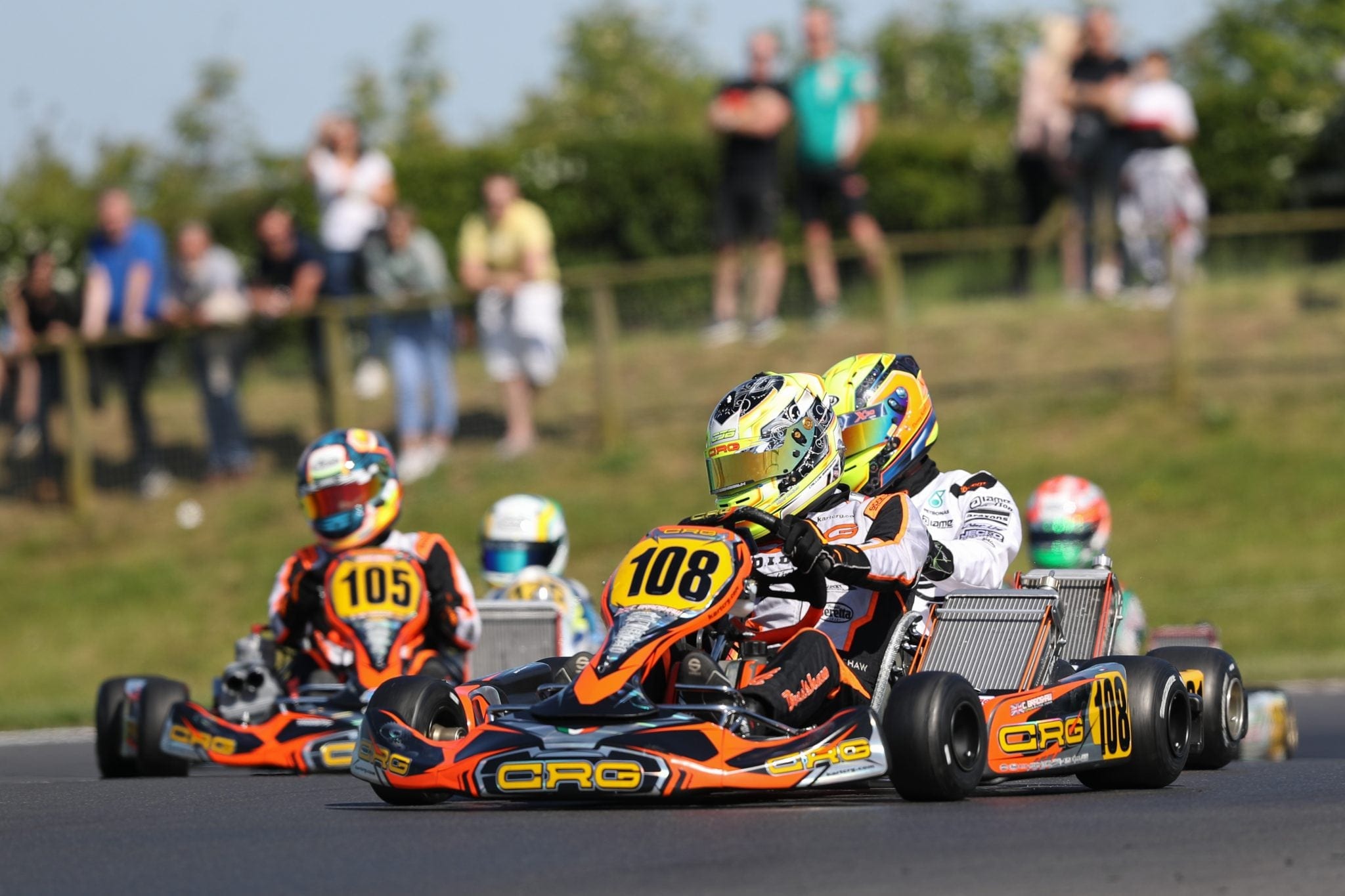 However, it had took him down from a potential top ten start for the final to 14th. Starting on the outside at PFI can be tricky particularly in the middle of the pack! So, the aim would all be about getting through turn one cleanly before even thinking about the rest of the race.

As the final got underway Callum had made a good start to race despite some carnage at turn one leaving him in 12th place at the end of the first lap with a gap to the pack behind. As the leaders, all began to battle the pack condensed with Callum able to pick off another position in the shape of Dexter Patterson. Oliver Hodgson was his next victim with the CRG driver now up to 10th.

With the positions changing back once again a lap later Callum had a good driver to follow in Hodgson and the pair would be gifted two positions over the bridge on lap six with Porter and Maisch colliding. It was at this stage when the race started to settle down so to speak with Callum holding station in terms of positions for a number of laps. 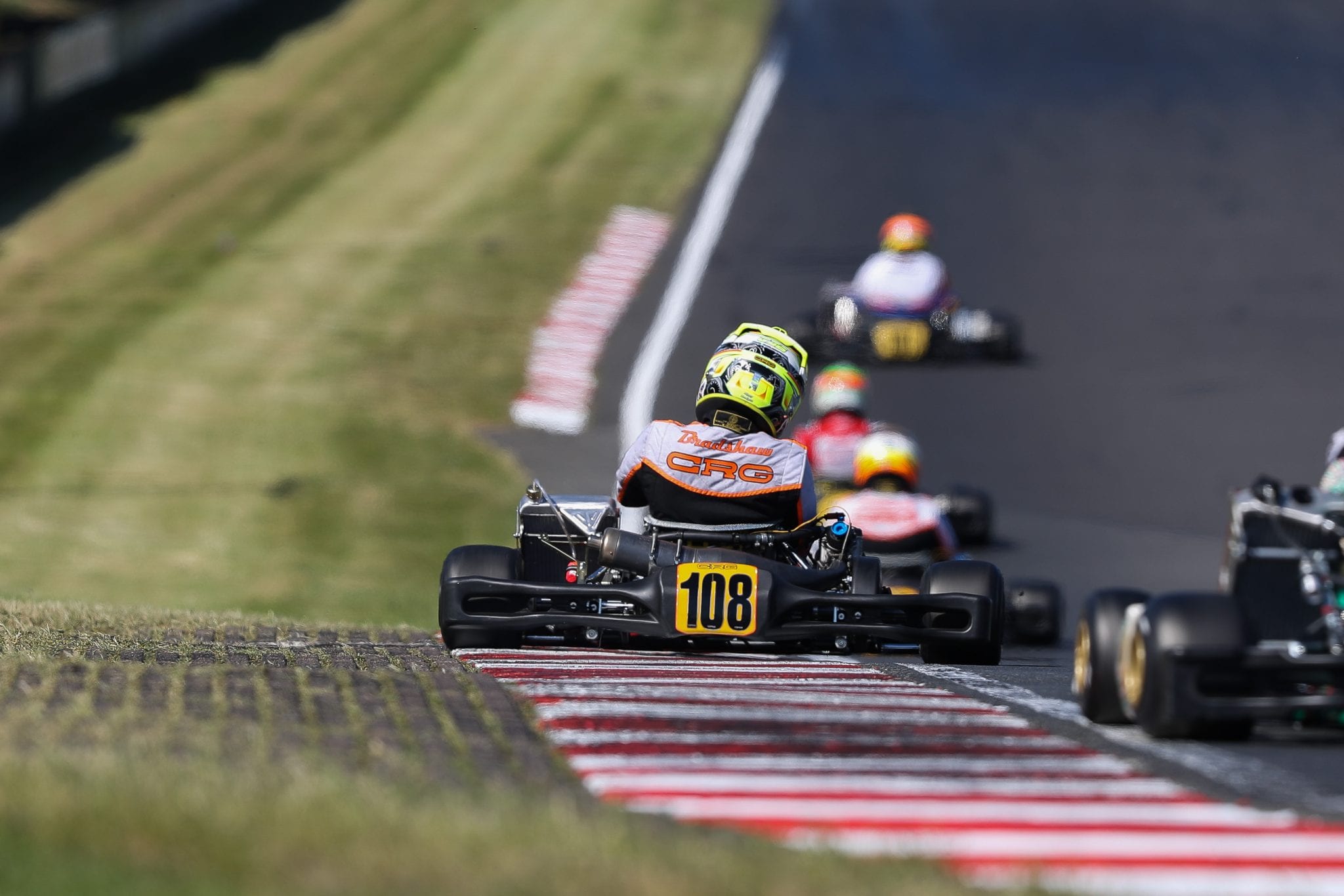 He remained part of the lead pack with Juho Valtanen behind who was on the podium at the World Championships last year, staged at PFI, which was all positive considering the result of heat five. During the next ten laps the top had escaped leaving Callum in the fight for 7th.

However, once again Callum’s race would take a surprising turn as the chequered flag drew closer. Similar to Sarno, the pace began to fall ever so slightly in the latter stages and one move saw Callum drop from 9th to 12th with more drivers queuing up behind. Callum quickly passed Rosso to try and lift that pressure but would have some defending to do for the last four laps!

With the pressure of some of the World’s best behind Callum eventually did a good job to hold his position and take 10th post-race with the winner being disqualified from the race. It was another points finish and a hard fought one at that!

After the race Callum commented: “We struggled a lot at this round just like the first. After being on pole last year I knew the pace was going to be strong but it was in fact the complete opposite. I feel we managed the maximum from the weekend even though 10th was the best we will be back stronger than ever.”

Callum now sits 12th in the championship heading into Ampfing in a months time where he’ll continue to chase that podium he has been so desperate for since joining the series at the beginning of last year. 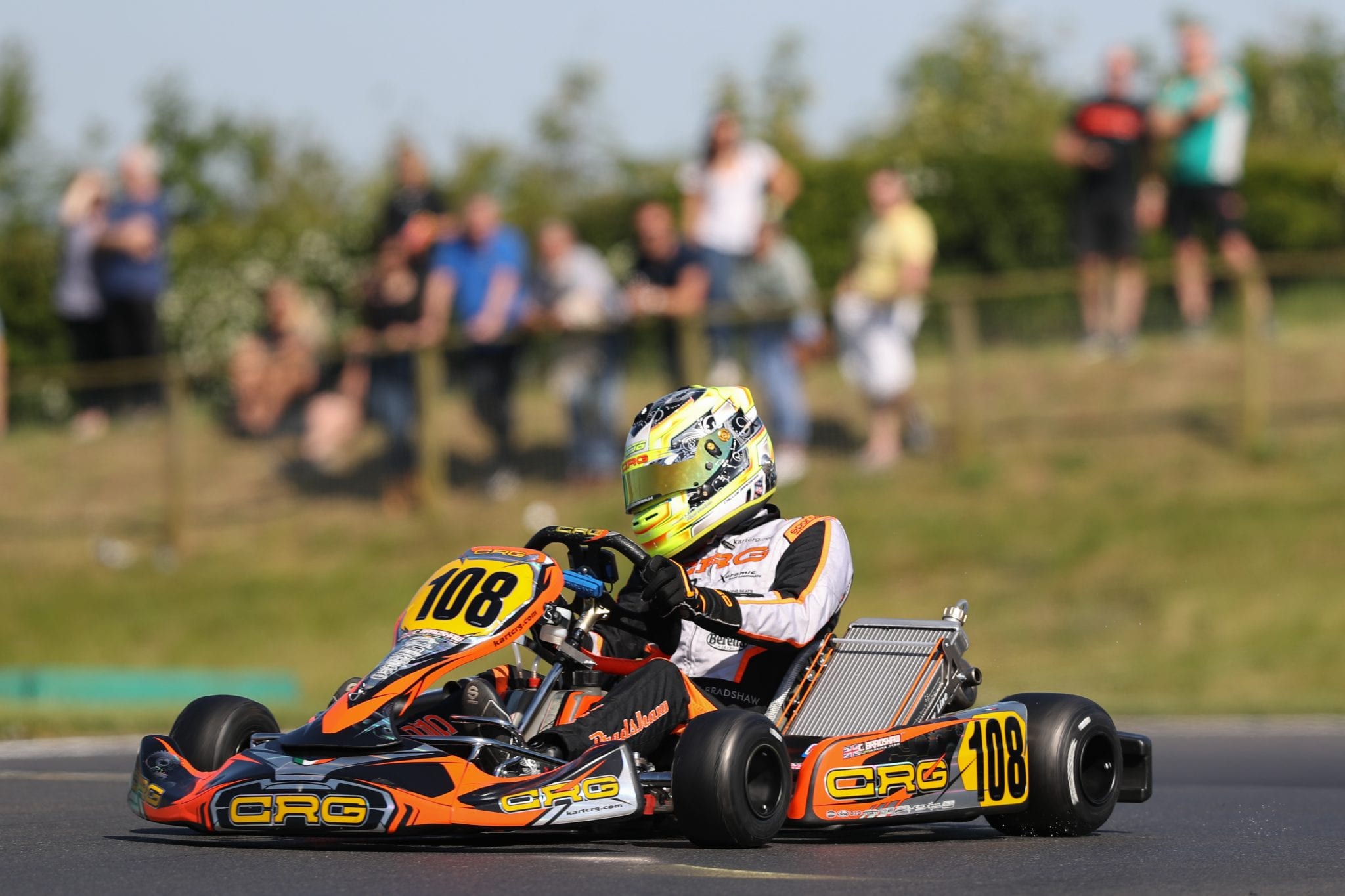