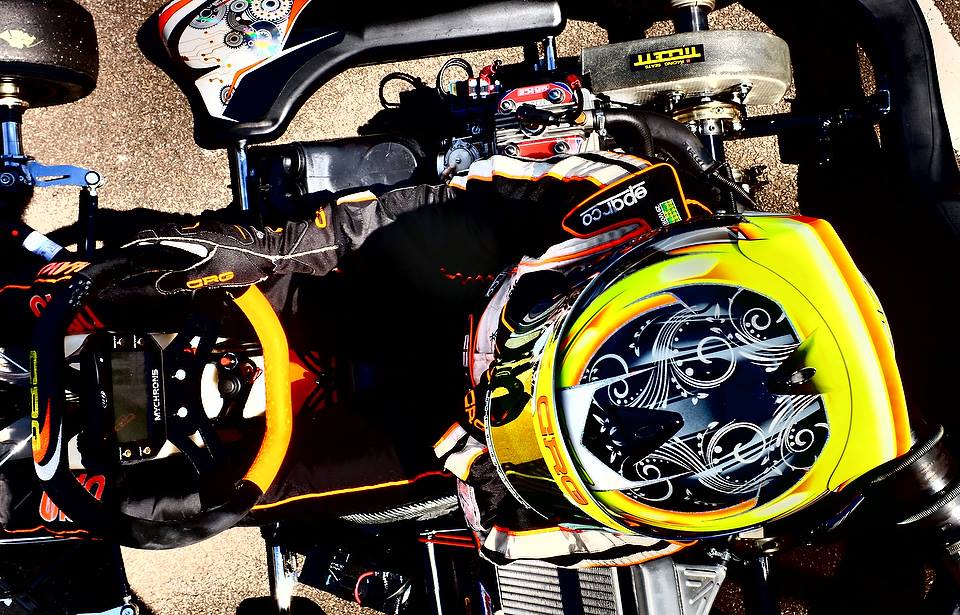 Callum Bradshaw was invited to race in the fourth round of the X30 Challenge Ireland with the CRG Kart Ireland Team after his success on the chassis so far this year. For Callum this was all a new experience, his first time racing in Ireland, first time racing most of the competitors and his first time at the Galway kart track.

The first thing Callum needed to do was adjust to is the track. He has raced at some of the best tracks in Europe this year with very impressive surfaces, but it’s fair to say Galway is more old school. However, it didn’t take him long to learn the track and adjust and he was quickly the fastest driver on track.

Two heats kicked off proceedings on Sunday with Callum finishing 3rd in both. The heats allowed Callum to adjust to the racing over in Ireland which proved to be slightly different to what he expected. It was tough, drivers do not give up easy and that leads to lots of overtaking which is always good fun.

In the Pre-Final Callum had perhaps one of the closest races he’s had for victory with Gary Turkington. Across the line the two were split by one thousandth of second, it literally couldn’t have been any closer! There were some big names in the field including Gary Turkington who has had impressive results at the IAME International Final so Callum would be looking to escape quickly.

In the final Callum got a perfect start and ended lap one with a lead of 0.8 seconds. However, early into the race Callum’s rear left axle bearing broke which was costing him time and with Turkington and Gary Edwards working together behind they closed is and passed Callum dropping him to 3rd. Despite the damage he was able to finish 3rd, but was unfortunately excluded after the race. Callum was excluded for a non-compliance water pump, it’s equipment that is eligible everywhere else Callum has raced this year and it’s a shame they didn’t tell him to change it earlier in the day. Callum had been called up and was asked to change his radiator for a similar problem, but to then be told his water pump was non-compliant too was a bit of a kick in the teeth and put an unfortunate end to what had been a fun weekend.

Despite the end result it was an enjoyable weekend for Callum, he got to race in another country on a new track against some new competitors as well as making good relationships with the CRG Kart Ireland team. It’s unlikely he’ll go back, but it’s another race to keep him sharp on the build-up to Le Mans.

On the weekend Callum commented:

“I had a great laugh out in Ireland and enjoyed the whole experience a lot. It was a shame about how the weekend ended, but nevertheless I enjoyed it.”