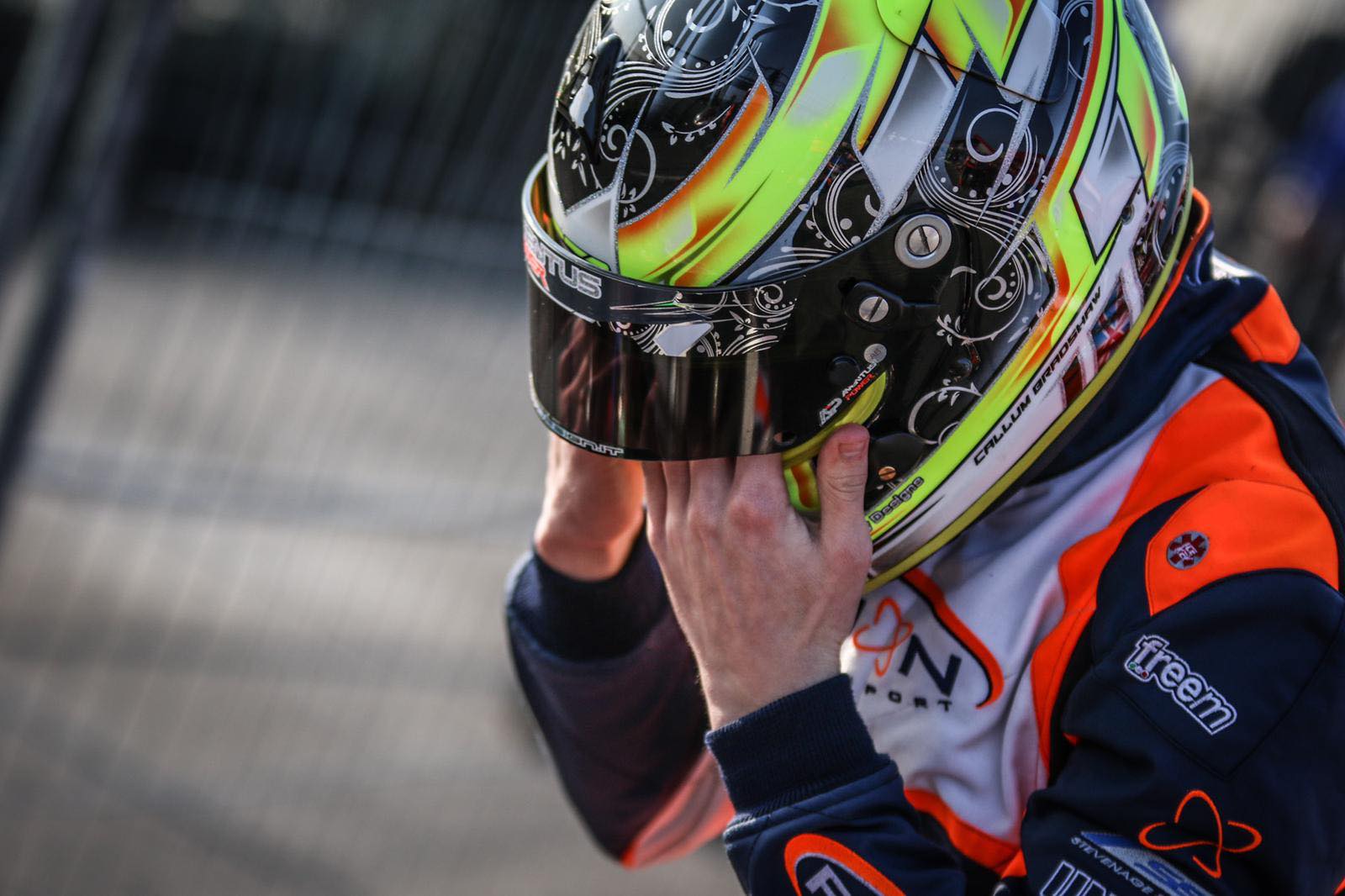 After a near perfect weekend at Mariembourg Callum heads into round two of the IAME Euro Series the championship leader. With a slim two-point advantage over Niels Koolen things are very much still all to play for, but the Fusion Motorsport driver will be the man to beat around the Castelletto circuit this weekend.

Callum’s debut in the IAME Euro Series couldn’t have gone much better. After teaming up with Fusion Motorsport the plan was to fight for the Senior X30 title, but with the field so competitive race wins do not come easy and after finishing third in the Pre-Final Callum went on to take a commanding victory in the final beating Koolen by just over a second at the flag.

Although in a strong position the win from round one will be in the past this weekend with Callum eager to maintain his championship lead. The Castelletto circuit is very technical and provides lots of overtaking opportunities. Tyre wear will certainly play its part throughout the heats with huge grids across all classes laying rubber down throughout practice.

Callum has proven himself around the track in the past in the Junior X30 class racing in the X30 Challenge Europa back in 2016. Callum had brilliant battles with American and IAME International Final champion, David Malukas, for the lead proving he can be quicker than anyone around the tough circuit. Although in the Senior class now he’ll certainly be recalling on that experience this weekend.

With the event kicking off on Wednesday practice has already been completed with qualifying finishing off proceedings for today. 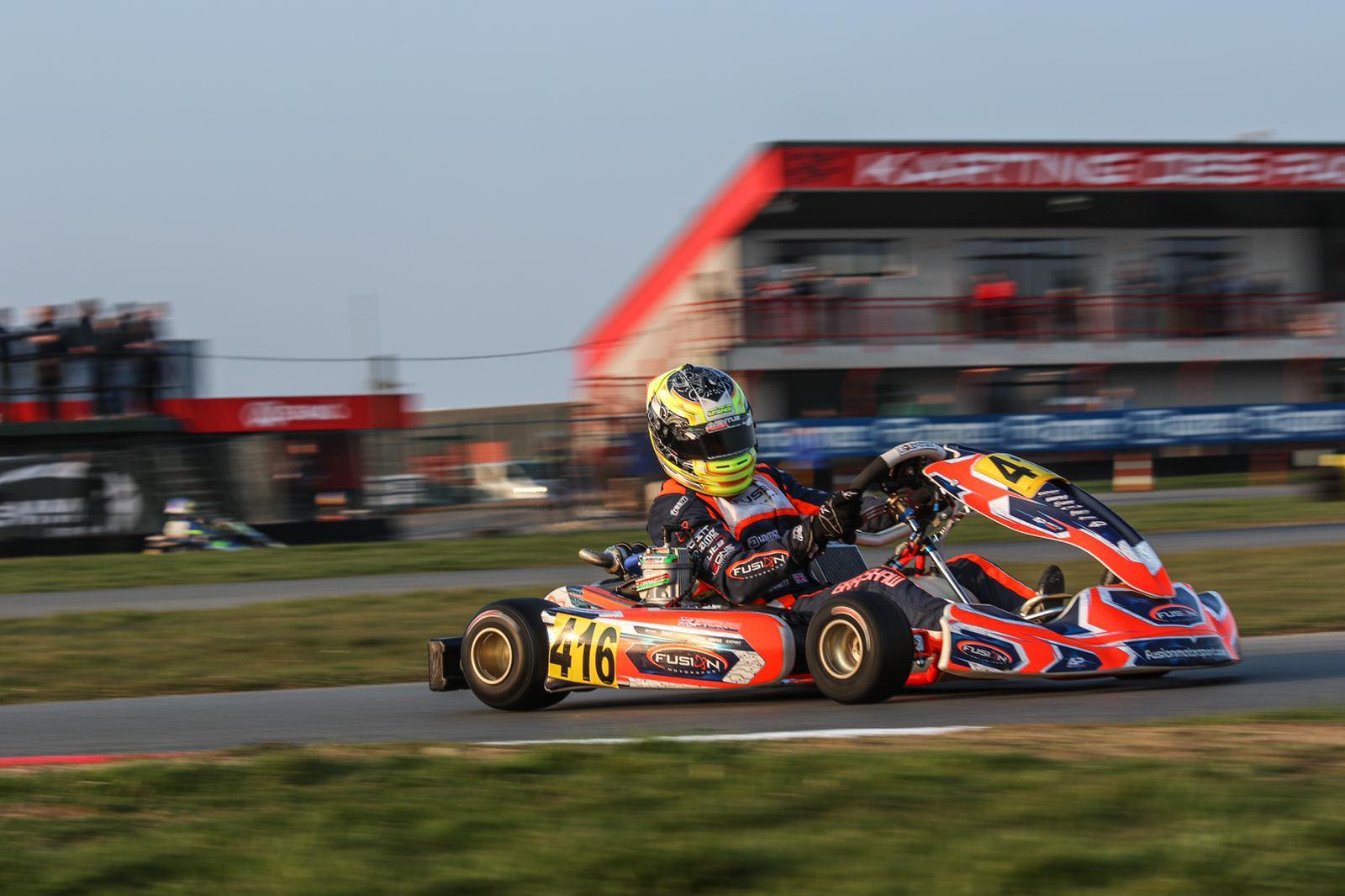 This afternoon saw qualifying take place with the 80 Senior X30 drivers split into three groups. Out in group three Callum was fighting for top spot with teammate Harry Thompson and on the last lap look set to go quickest in the group before having to make a move on the last lap.

However, Callum still finished the session second giving him fifth place overall. It means Callum will start all four of his heats tomorrow on the outside of the front row, had he beaten Thompson he would be second overall and pole position for three of his heats! Although the outside of row one can be a tricky place to start at Castelletto, as long as he stays out of trouble there is no reason why Callum can’t take race wins tomorrow.

He’ll have some tough opposition alongside him in the shape of Edoardo Villa, Mari Boya, Harry Thompson and Clayton Ravenscroft. Surrounding the front row are the likes of Lorenzo Travisanutto, Joey van Splunteren, Lewis Gilbert and Jordan Brown-Nutley meaning battles for victory will be fierce!

All of tomorrow’s racing can be watched live here 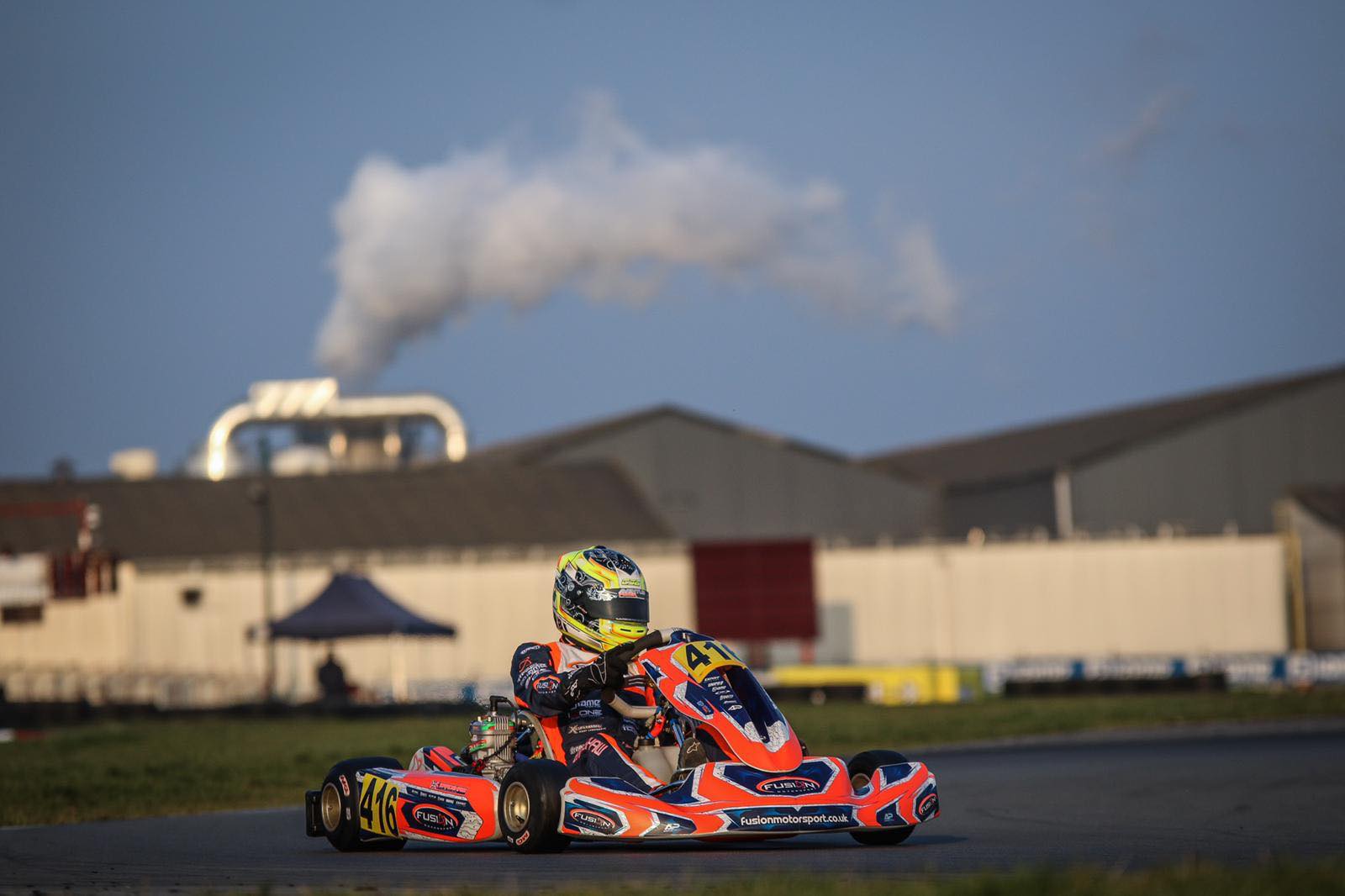