Callum on the podium at Kimbolton LGM 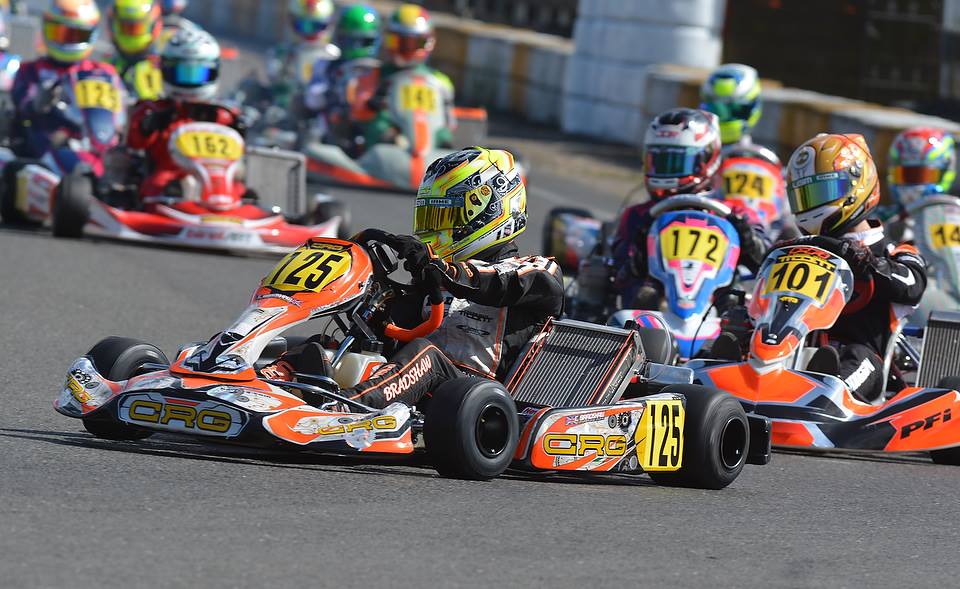 Callum Bradshaw made a welcome return to the LGM Series last weekend as the championship visited Kimbolton. Callum is not racing in the series this year as he focuses his attention with CRG-SPA, but with a weekend off he decided to return to one of the most competitive championships in the UK. 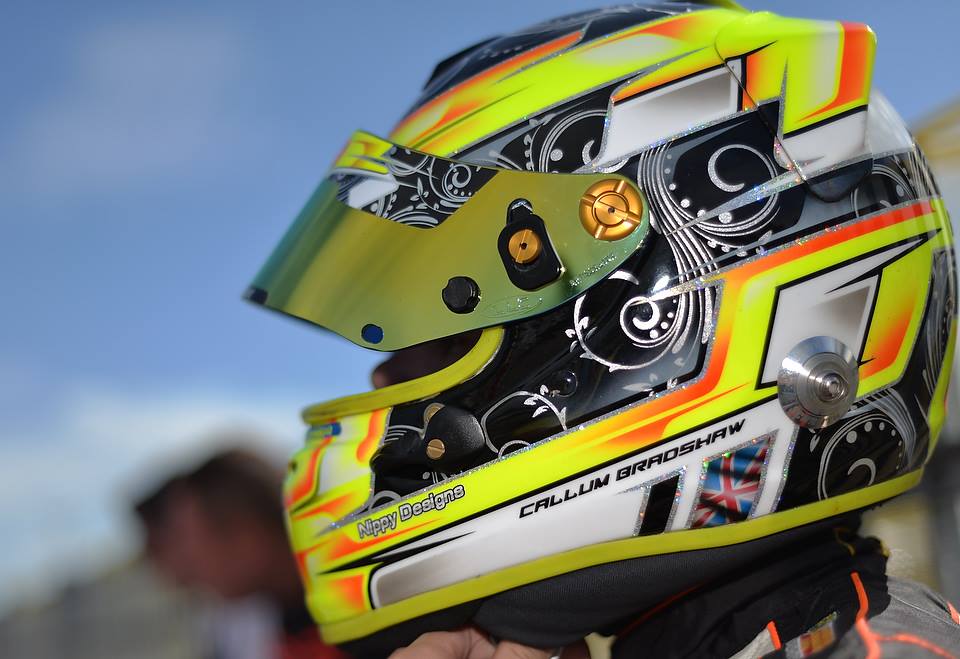 There were 30 drivers entered into the Senior X30 class including the likes of Oliver Hodgson, Mark Litchfield, Danny Keirle plus several of the UK’s best senior drivers. As ever in LGM a traditional heats and final format would follow which meant Callum would start his three heats from randomly drawn grid positions.

In the first heat Callum started in 19th place and after surviving the very brutal first corner melee he was able to make ten places to finish in 9th. Heat two was a similar case, with Callum having to come from 22nd on the grid this time. Front fairing penalties were hitting a lot of drivers but keeping out of trouble Callum was able to finish 9th once again.

For the third and final heat Callum started on the outside of the second row. After a good start Callum finished the first lap in 3rd, but with a defending Lewis Currithers ahead took him a lap or two to clear and once through he was through the race leader was over a second clear. With the lap times so close Callum was able to bring the gap down from 1.8 seconds to 0.4 just running out of time to challenge for the lead. 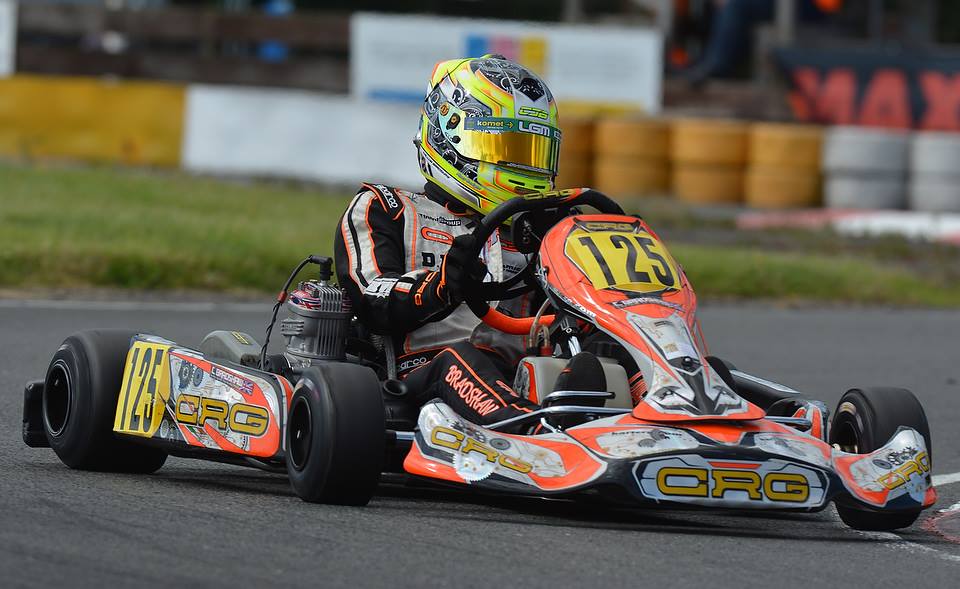 After three heats the combined points saw Callum qualify on the front row for the final alongside Oliver Hodgson. It had taken a lot of hard work to get there not just on the Sunday, but on Saturday too.

Callum was struggling with the kart throughout practice and his mechanic, Smithy, working relentlessly to try and resolve everything.  It was due to this hard work that eventually allowed them to discover the problem coming from the wiring loom. With that changed Callum was flying and was at the front on Sunday.

Kimbolton has never been a track Callum has particularly enjoyed and despite the fact he has been racing abroad for most of 2017 he did a very good job to pick up a podium finish in the final. Callum settled into 2nd for the first half of the final, but was just unable to hang on to Hodgson who won comfortably. Callum also lost 2nd to Mark Kimber who was the fastest driver on track but was able to comfortably finish on the podium, a result he was over the moon with! 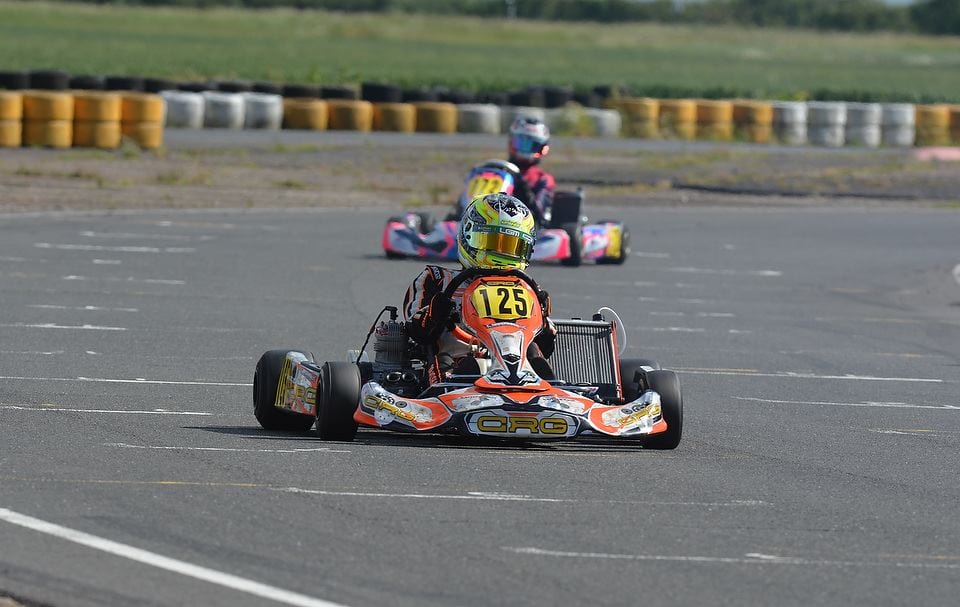 “It was nice to come back to the LGM series and I really enjoyed the weekend! P3 was a good result considering we was against some of the best drivers and teams in the country and doing it on our own made the result feel even better. I’d like to say a big thanks to my mechanic Smithy for all his hard work over the weekend!”

Callum’s next outing is for the CIK-FIA European Championship Round 3 at Le Mans on the 2nd July. 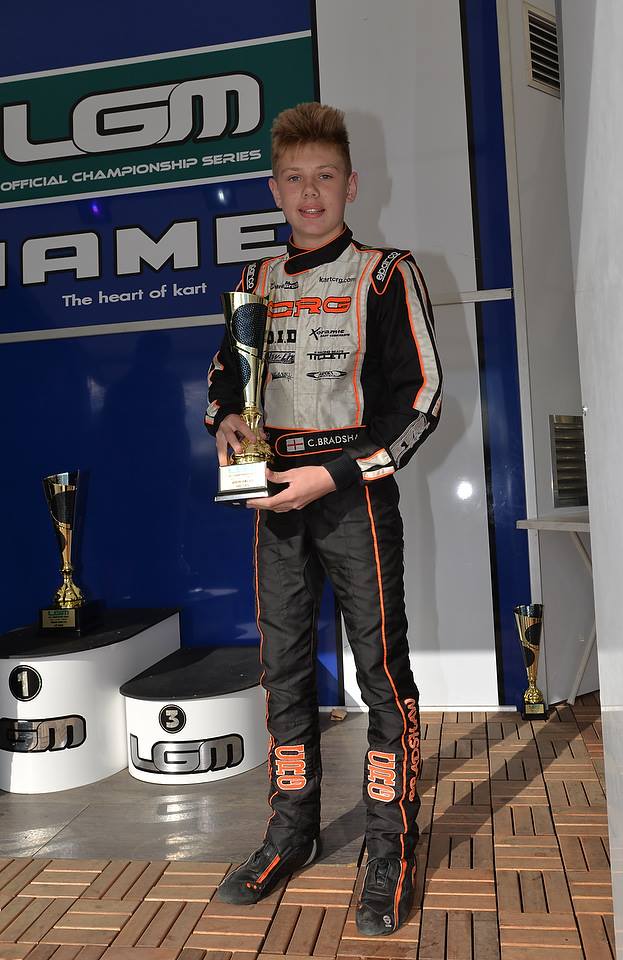