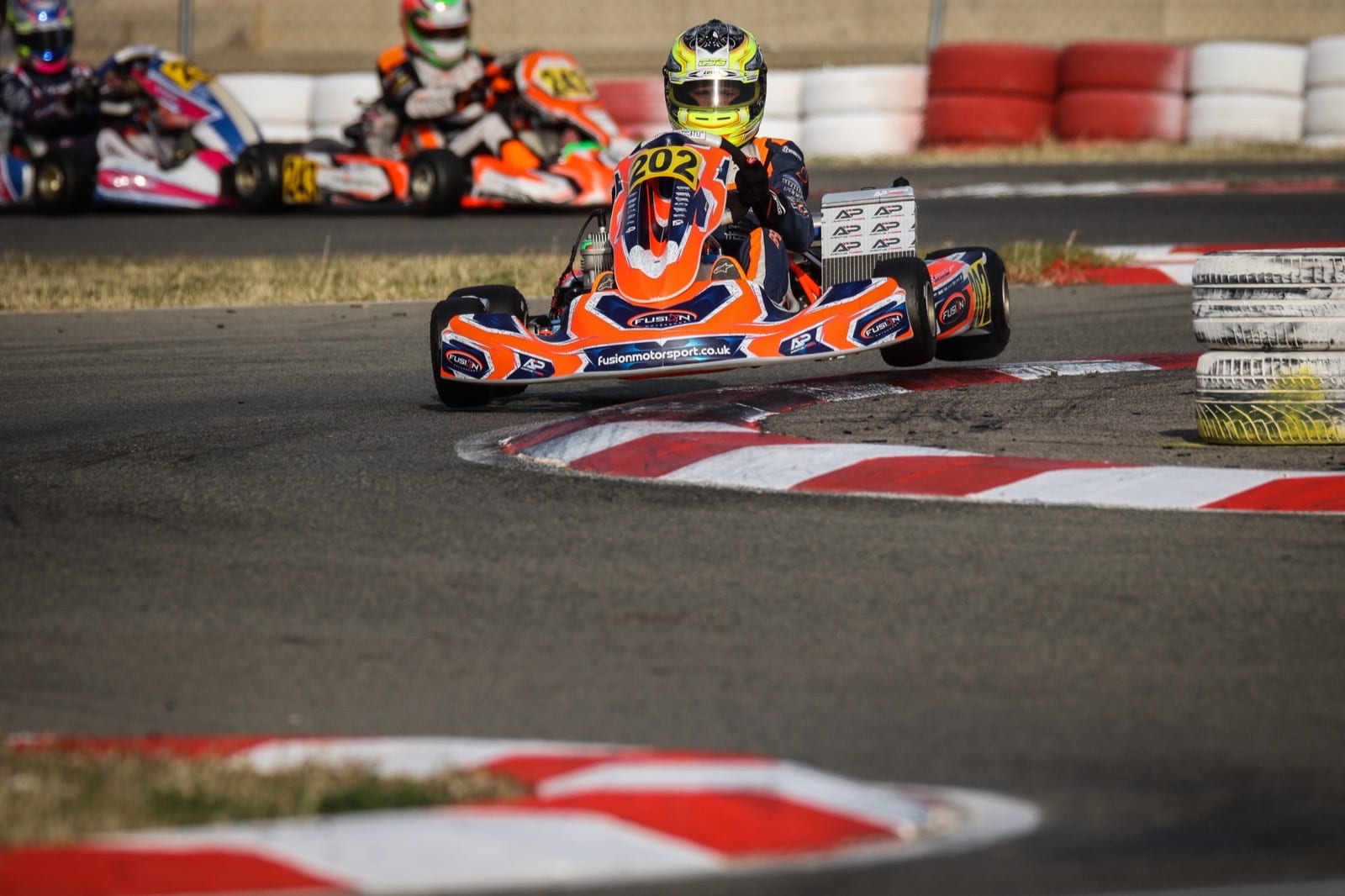 Although an incident would ultimately ruin Callum’s final, the IAME Winter Cup overall was a success. A chance to get warmed up before the Euro Series, it gave Callum a chance to find his feet after a lengthy off season and after running at the sharp end all weekend Callum leaves securing himself as one to watch in Senior X30 for the 2020 season.

Making his debut at both the Winter Cup and Lucas Guerrero Circuit left Callum slightly on the back foot in comparison to most of the front runners. A challenge Callum has become used to it was no surprise to see the Fusion Motorsport driver right at the front end in Friday’s official practice session. A 5th and 2nd left Cal confident going into qualifying, which would see the 83-driver field split into three groups.

Out in the final group would see dropping temperatures add a further challenge, if qualifying wasn’t difficult enough already with track limits easily reached and space on circuit hard to find! But Callum repeated his efforts from practice going second quickest in group which would leave him 4th with the overall results being staggered. 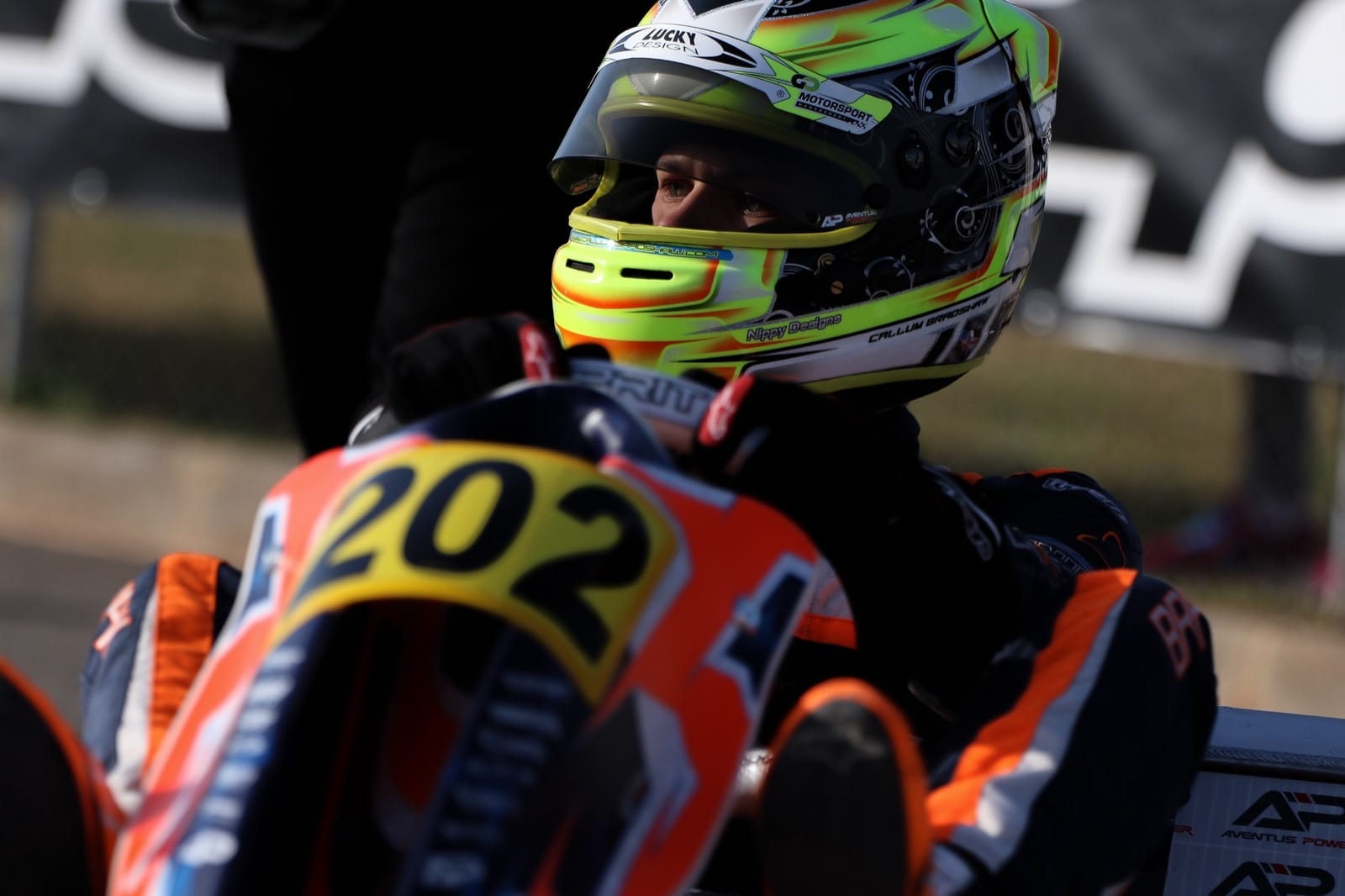 A top five finish overall, meant Callum would be guaranteed a front row start in all his heats with one of those being from pole position. As they had been all weekend, Callum and Oliver Bearman emerged the ones to beat with Callum joining Bearman in winning his first three heats. A win in his final heat would have seen Callum take pole position in the final, but lacking grunt down the straight for the majority of the race saw Callum fighting to stick with the leaders. After a hard-fought race Callum would eventually finish 5th, an opportunity sadly missed, but a good result given the circumstances.

Callum’s three wins still meant he would start on the front row for the Pre-Final. Although on the outside Callum would be the driver to make it to turn one first! Hanging back on the run up to the line Callum timed his to start to perfection and immediately took the lead. After Bearman fought back on lap two Callum played the long game pushing his countrymen away from the large pack that lay just a few tenths back.

A sensible drive in the end would see Callum go on to finish 2nd keeping him on the front row for the all-important final. Just like he did in the Pre-Final Callum nailed the start putting him straight into the lead of the race. However just a few corners later the first challenge came with Dean MacDonald coming down the inside to take the lead half way around the lap.

With pressure from behind, Callum took the lead straight back coming into the final chicane in what was a hectic start to the race. Lap three would see MacDonald once again coming down the inside dropping Callum to 3rd. Working with Bearman, it wasn’t long before Callum was back fighting for the top step. A hard move to get back into 2nd left the leader slightly out of touch and usually this wouldn’t be a problem for Callum, particularly in a race of this length! 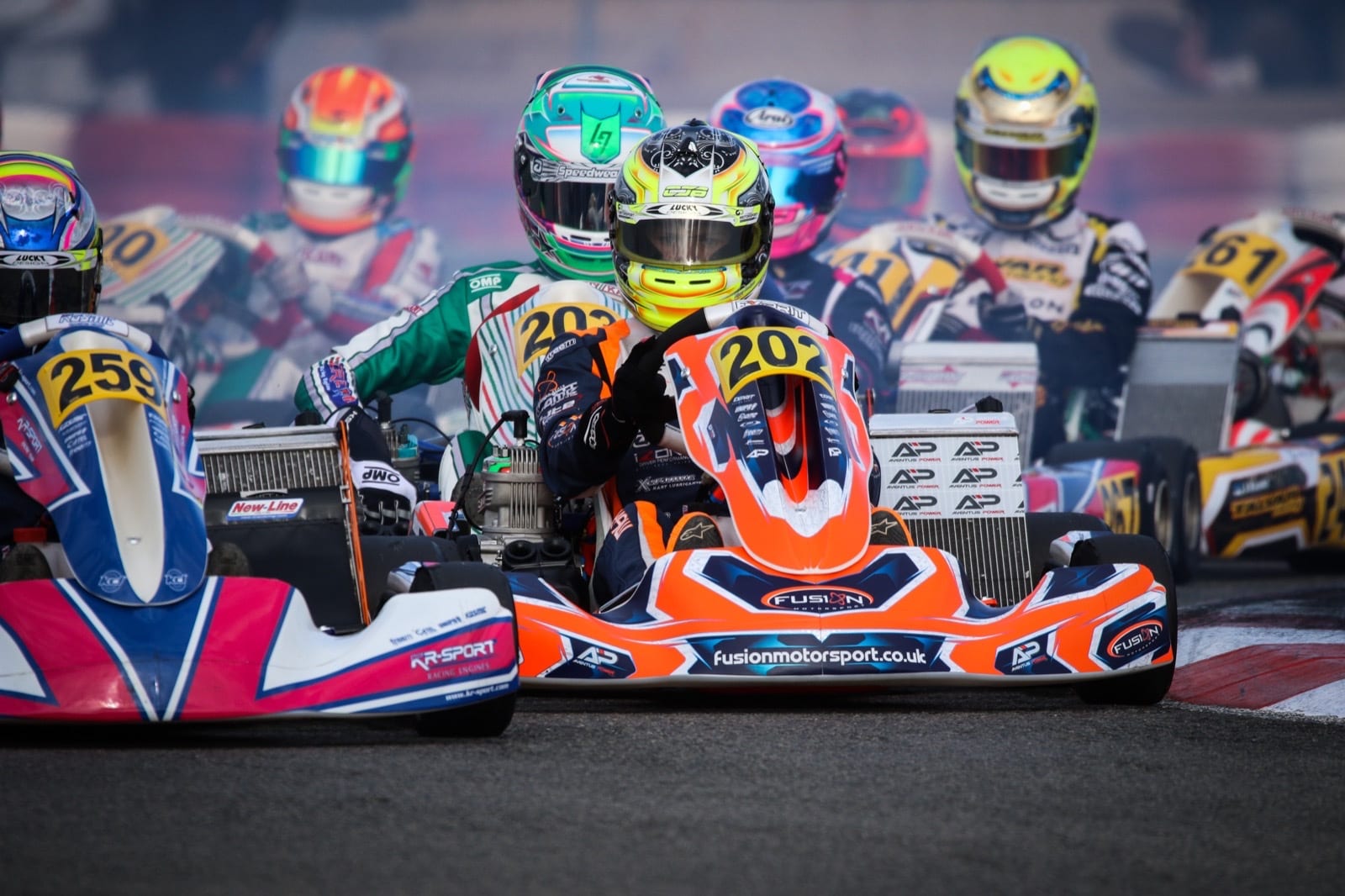 But it seemed, similar to his last heat, Callum was slowly starting to suffer with some issues which was costing him down the straights. It left Callum down in 5th by lap twelve and in a battle for the third step on the podium. Heading on to lap thirteen a move out of the final chicane left Callum in 4th and on the rear bumper of Daniel Nogales in 3rd.

Coming into turn one a small misjudgement under braking saw Callum make slight contact with Nogales, putting him out of shape. This set off a chain reaction which eventually led to Callum’s front left nose cone get wedged inside his front left tyre forcing him off the circuit. As Callum attempted fix the problem, whilst going across the gravel, he soon found himself back on the track half away further around the circuit.

In an event of this nature Callum decided to retire himself from the race a lap later. A brilliant performance all weekend, it was a shame he didn’t get the chance to fight for at least a podium, but there was a huge amount of positives to take away from the Winter Cup.

Callum proved himself as winning material once again in the IAME Euro Series and can head to Mariembourg with plenty of confidence at the end of next month. 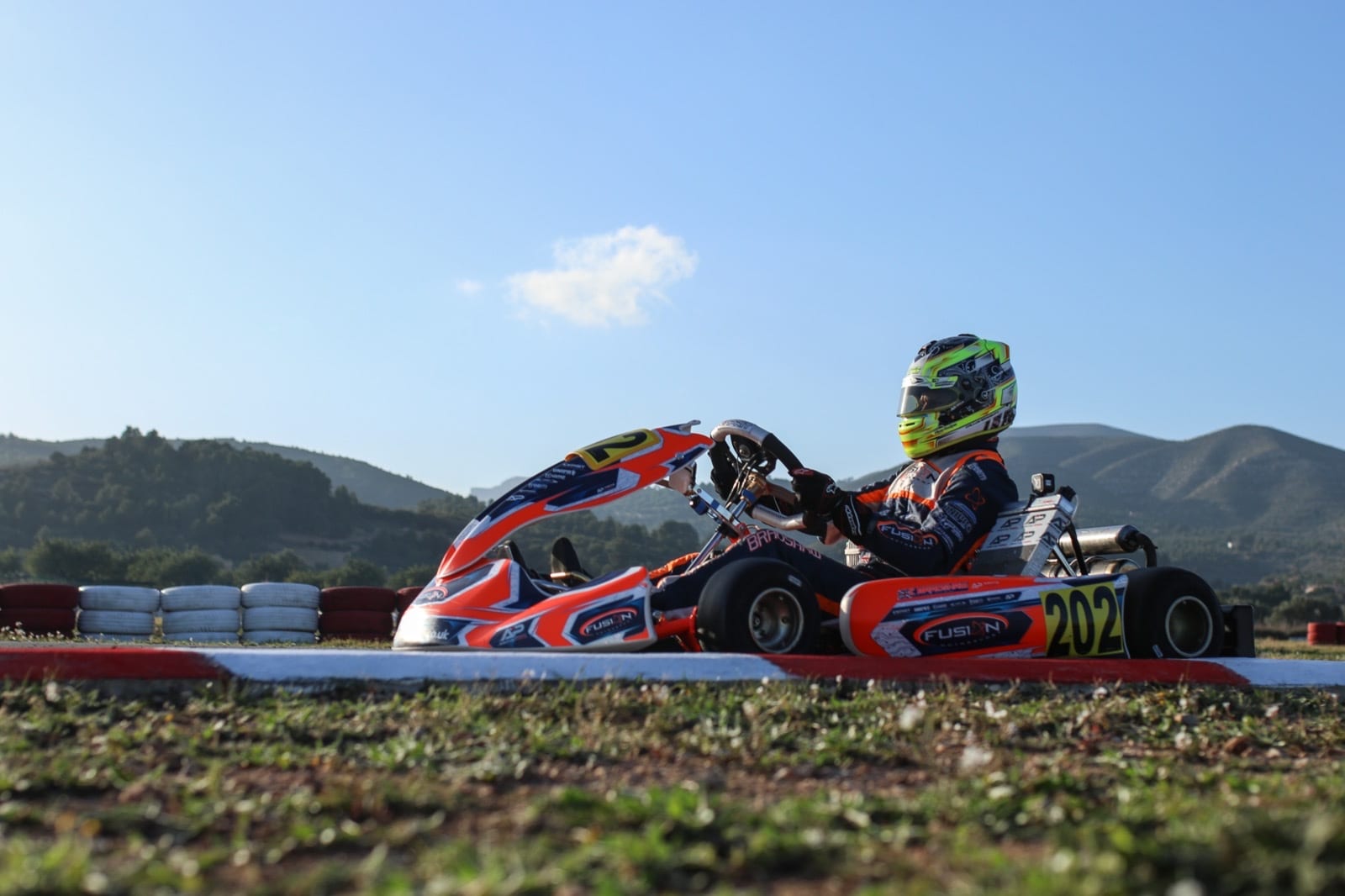