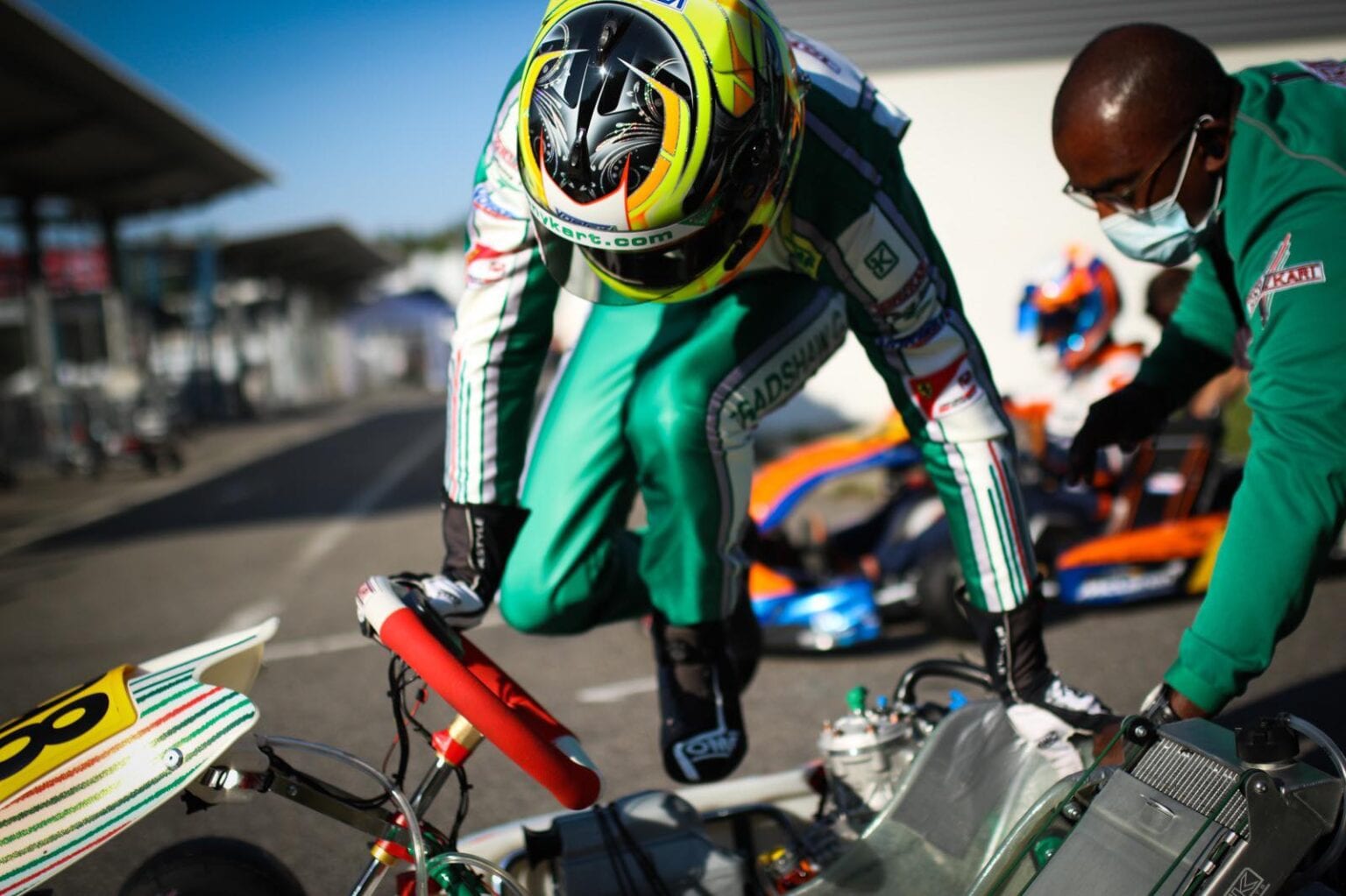 Although the final results at the WSK Euro Series finale may not have been what Callum wanted on paper, it was more steps in the right direction for Callum who is quickly trying to adjust from being thrown into deep end. Joining the Tony Kart Racing Team at the end of the European season has given Callum just a few weeks to adjust back to racing in the OK class and quickly prepare for the FIA Karting World Championships at Portimao in November.

After his debut at the European Championship season finale, Callum’s next stop would be the final two rounds of the WSK Euro Series which would take place together at Lonato. A track familiar to every driver and one where Callum had success back in 2017 in the Trofeo Andrea Margutti.

Still finding his feet, Callum had just one practice session on Tuesday before going straight into qualifying. Despite being just 0.2 seconds off 3rd in his group Callum was left down 21st, proving just how closely contested the racing is at this level. The result would leave Callum down on row six for his heats, of which he would have just three.

There was clear progress from Callum in the heats as he made better progress each time eventually ending with a 6th place, which saw him fighting for 4th by the end of the race. A positive result, but it was only enough to leave Cal 18th overall putting him 9th on the grid for his Pre-Final.

Sadly that Pre-Final would see Callum having to retire from the race, a huge shame as he looked on to make further progress in the battle for 5th. Those bad fortunes would carry over into the final making it a day to forget, but Callum would quickly come back fighting in round three.

With making progress the name of the game at this stage in his Tony Kart career, Callum would do just that in round three. Qualifying 18th left Callum down the lower end of the top ten for the heats, but when trouble free he would make some impressive progress.

Callum started by finishing 7th in the second heat before shining in the third as he charged through the lead group to finish up in 2nd place! A brilliant result which proved why he had been chosen to come and race with the ‘Green Army’.

Without the DNF in heat one there’s no doubt Callum would have started in the top five for his Pre-Final , but unfortunately he would be left down in 9th. Being in the midfield is always a dangerous place to be as Callum discovered on the opening lap being pushed all the way to the back of the field. He would eventually climb to an impressive 11th lapping just 0.2 seconds slower than his teammate Turney.

The final would be a similar story with Callum once again pushed back at the start, but he put in another impressive recovery drive to gain back eight places and finish 19th in a congested section of the field.

Overall Callum’s week at the WSK Euro Series was filled with problems leaving him constantly on the back foot. If not for those there certainly would have been much better results, but what he did prove was that he has taken a step in the right direction after his debut with the team.

A 6th and a 2nd across both rounds in the heats shows Callum’s progress and what he is capable of when trouble free, all encouraging signs going into the break. Callum will now have a five week interval where he can get some proper testing in for the first time before heading to Portugal to round off the Champions of the Future series followed immediately by the FIA Karting World Championships!