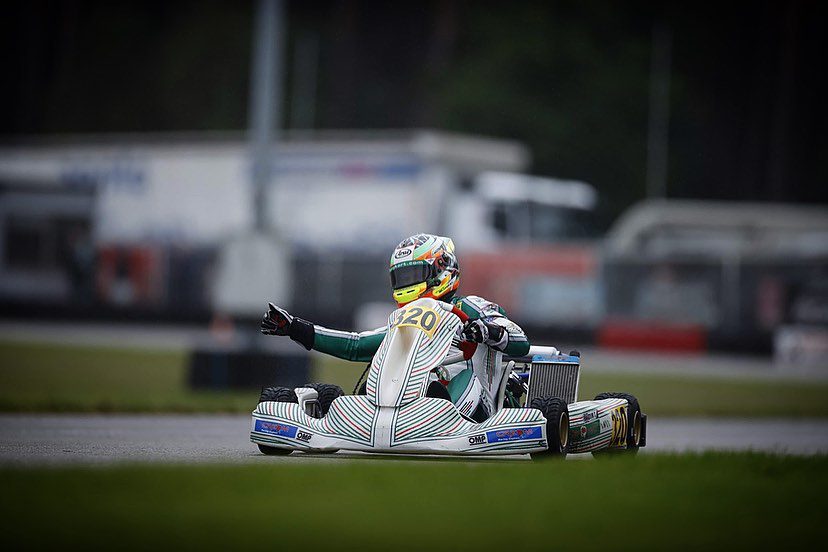 Last weekend is one Callum Bradshaw and the Strawberry Racing team will not be forgetting for a long time, as he finally got redemption in 2019 and claimed the 2021 IAME Euro Series Senior X30 title. After years of hard work, dedication and sacrifice, it all looked good in 2019 for Callum to take the title, but as the flag fell on the final race of the season it was not meant to be and it would be a long two year wait till the opportunity would arise again.

The 2021 IAME Euro Series has been a masterful display from the 2020 FIA Karting World Champion and while it wasn’t smooth sailing throughout, there was only ever one title contender – Callum!

The season got off to a great start in Spain at the Zuera circuit as the teams showed their true pace for the first time. The weekend saw some intense racing with Callum dominating out front as he worked his way to second place at round one. Then it was off to Belgium and to Mariembourg for round two and domination was an understatement as Callum took a storming victory and asserted himself as championship favourite. Then off to Italy and to Castelletto for the penultimate round and misfortune saw a 10th place finish, but retention of the championship lead heading into the season finale at Genk last weekend.

The weekend already looked good for Callum to take the title, but with motorsport being so unpredictable anything could happen. The weekend got off to a solid start with Callum claiming 7th overall in qualifying, setting himself up nicely heading into the heats. Heat one certainly set the tempo for the weekend with Callum claiming a comfortable victory and starting the weekend off with confidence high. With consistency being key, and the final being the race that counts, Callum held ground in heat two holding 4th from lights to flag and securing good points. Then it was heat three, 2nd across the line but a front fairing penalty would see a drop to 7th and the result would be mirrored in heat four. With the rain inbound, it was time for the Pre-Final, ready to set the grid for the main event, Callum got his visor down and got to work climbing up the field and securing a second row start.

It was time for the main event and with the heavens opening and the track soaked it seemed like déjá vu from the World Championship and there was only one way to finish the job. As lights went out it was soon Callum out in front and dominating the way, lapping consistency faster than anyone and building a monumental gap. The rest, history. He crossed the line to take the win and championship, showing his level of skills and rising to the top once again.

A deserved championship and one to remember for Callum Bradshaw. Now all eyes turn to the World finals and a second year of World domination for the Tony Kart driver.