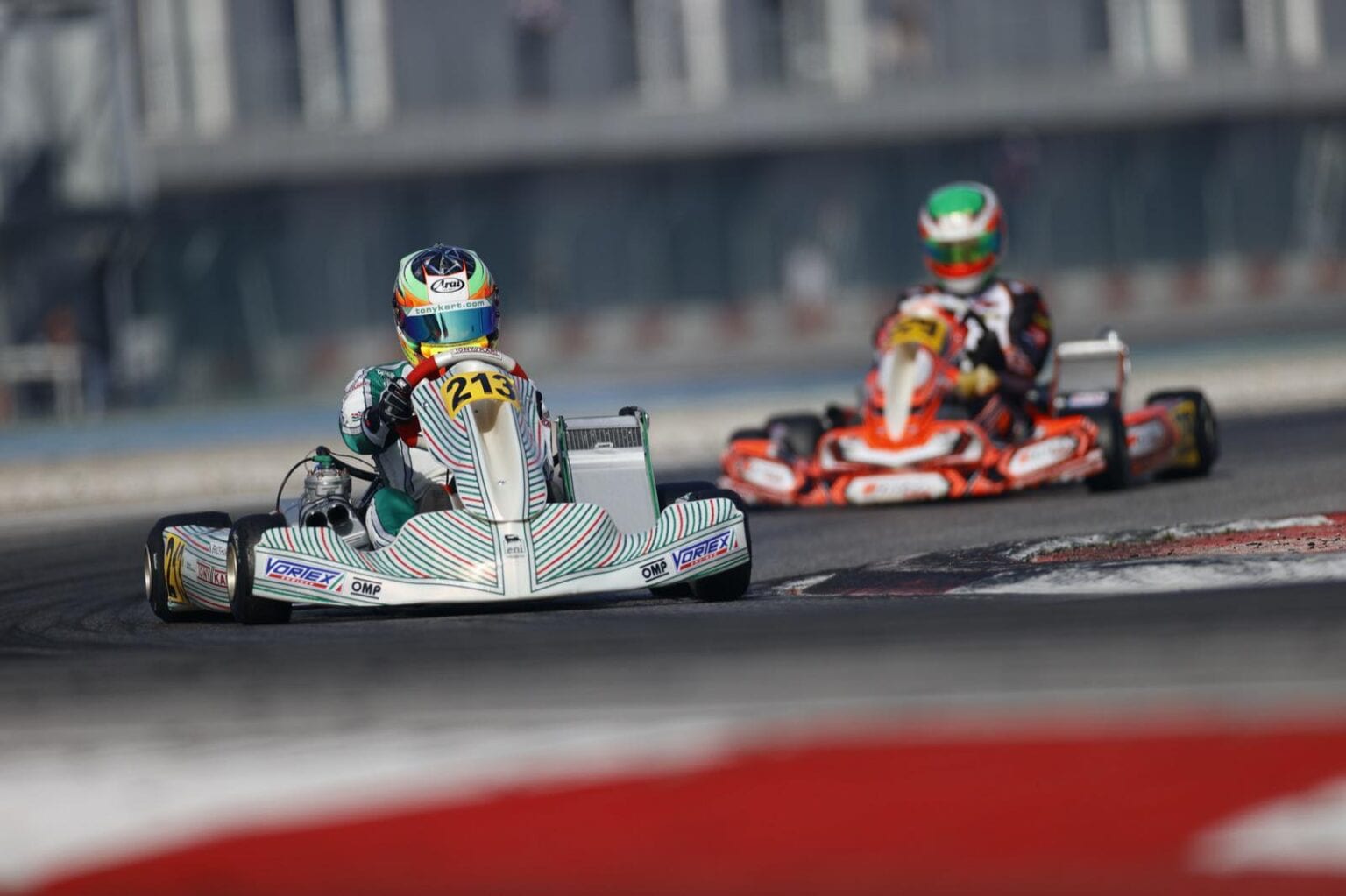 Sadly it was another weekend which would see disappointment for Callum Bradshaw in WSK competition as the Super Master Series kicked off at Adria Raceway. Two crashes in the three heats left Callum fighting for his survival in the Pre-Final, leaving Callum going off last on the grid in the Final. An impressive recovery would eventually see him finish a very creditable 19th, a good result given the circumstances but not the start to the Super Master Series Callum had been hoping for.

After a difficult weekend in the Champions Cup just a week previous, the Tony Kart Racing Team driver’s 2021 season had not started as planned. With similar struggles in practice it was no surprise to see Callum finish qualifying practice down in 26th leaving him a row seven start for all three heats.

The uphill battle for Callum in the heats did not get off to a good start after his first heat was cut short on the opening lap of the race. Coming out fighting in heat two Callum got himself a strong 7th place finish, giving him a fighting chance at a result he could recover from in the all important Pre-Final.

However, the heats would end in a similar fashion to how they started with further problems in the race seeing Callum finishing in 26th and a lap down. The result meant Callum would start Pre-Final B from 22nd place and with only the top 17 making it through to the final, there was work to do.

A good start to the race would see Callum do most of that work early on as he made his way into 17th place after just six laps. With the field broken up after a hectic start making further progress no longer seemed likely, so as the 16 laps ticked by Callum would have to take a more defensive approach towards the end of the race.

A strong defence would see Callum hold position and take the last spot on the grid for the Final. Having faced an uphill battle since heat one, it seemed nothing was going Callum’s way. But with no one behind on the grid for the final he could take a nothing to lose approach into the final and show off his overtaking skills which has led him to several victories over the years.

With 33 of the World’s best drivers ahead on the gird making large progress was not going to be easy. But Callum got straight on the front foot immediately entering the top 30  with the progress continuing at a rapid rate from there. It seemed Callum was on the move every lap, but that attacking approach would take its toll on his tyres and by the time Callum had got into the top 20 he had hit a wall.

With a gap ahead and no life left to push any harder, Callum would frustratingly have to settle for 19th place. Although a disappointing result on the face of it, to have made up 15 places in just 20 laps was not a bad effort at all in a grid with such high standards.

Callum will now head to La Conca for round two of the Super Master Series next weekend where he will be hoping for better fortunes and to get his season going after what has been a start filled with struggles.