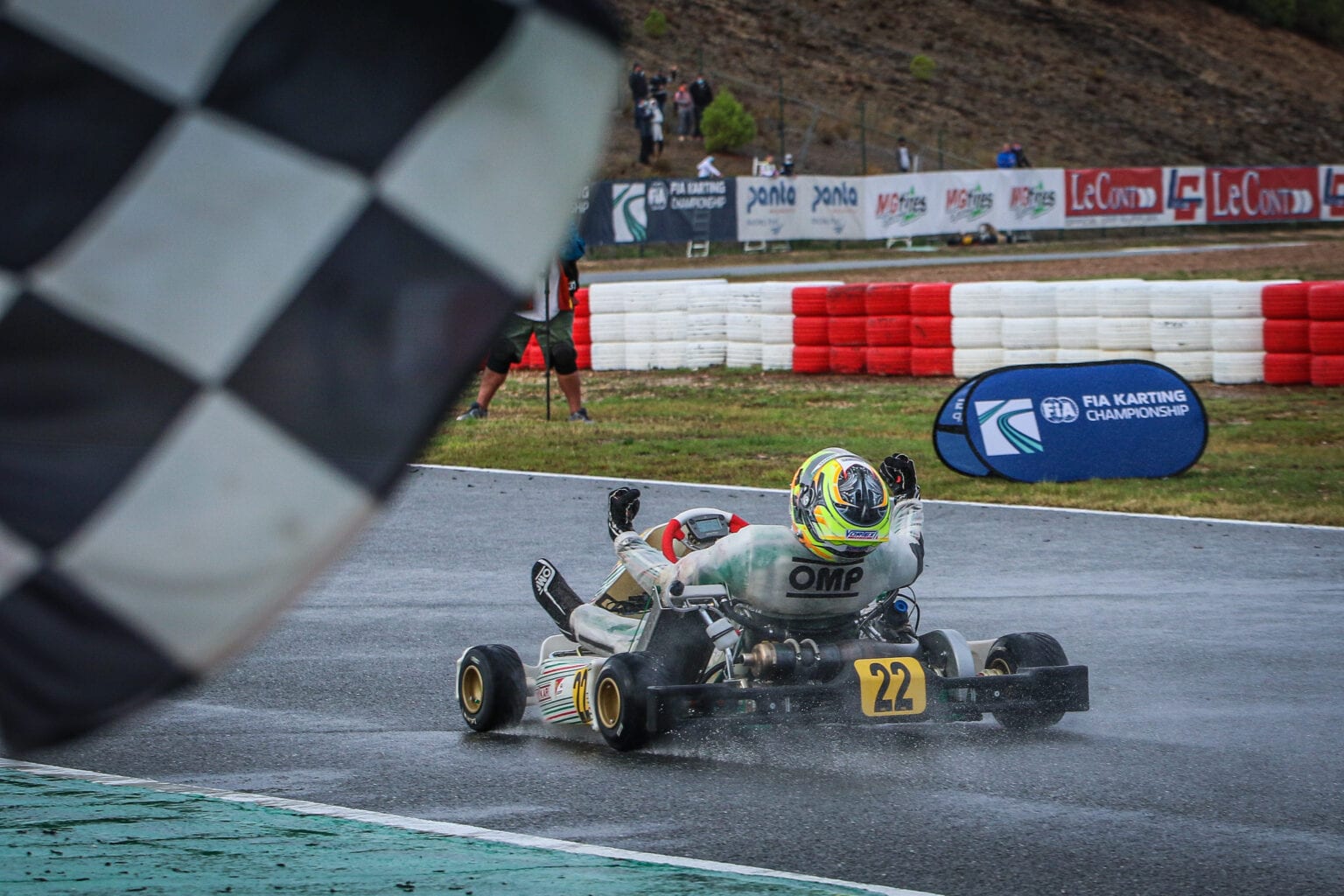 Callum Bradshaw could go no higher in Karting terms in 2020 as he went on a journey that would see him conquer the World and complete his dream of becoming the FIA World Karting Champion. Given Callum’s season started with him in quest of becoming the British and European Senior X30 Champion, it was a result nobody saw coming. But when Callum was presented the opportunity to race for the most prestigious Karting team in the World stage, he grabbed it with both hands and with it the most coveted prize in the sport.

Having had a successful season with Fusion Motorsport team in 2019, Callum returned with the British outfit in 2020 to race in the British Kart Championships, IAME Euro Series and Ultimate Karting Championship. With the aim to win all three series Callum was off to a flying start with his opponents finding him almost impossible to beat when the series were eventually underway post lockdown stage one.

Although he wouldn’t know it at the time these performances were being noticed by the Tony Kart Racing Team who were looking to strengthen their squad in time for the 2020 World Karting Championships.

In August Callum would be confirmed to complete a three driver line up in the OK category for all major competitions. With just ten weeks to go until the World Championship Callum would only have three races to get himself up to speed in the class again starting with the European Championship finale at Wackersdorf, Germany.

Further appearances at the WSK Euro Series along with a positive result on the eve of the World Championships at the Champions of the Future left Callum in good shape going into the big event.

When approaching the World Championship it was hard for Callum to give himself any expectations, but he knew the status of the team he was representing and the task he had been brought in to do.

With another chance to race on the World stage it was clear Callum was here to take advantage of that. His 3rd in qualifying was backed up by three top four finishes followed by a win in treacherous conditions in the final heat. The result would put Callum on the front row for the final and as the tens of thousands watched online they had no idea they were about to witness an absolute masterclass.

On the second attempt the race would get underway with several drivers struggling to stay on the circuit. However at the front Callum was on the attack of race leader Taylor Barnard and by lap two the Tony Kart driver had taken control of the race.

From that point there was no looking back as Callum set a pace that none of the World’s best could match. With his gap over six seconds after eight laps the race was all but done, but Cal would still have to keep his cool for another twelve in the toughest of conditions.

Any sign of nerves were non-existent as Callum didn’t put a foot wrong despite the weight of a World title on his shoulders. Having come so close to major title wins on several occasions the determination was evident. Callum had been given the opportunity of a lifetime and he was going to take it!

As Callum crossed the line after twenty laps of racing just under nine seconds clear of the field, he would become the seventh British driver in history to be crowned FIA Karting World Champion. It was a result that saw him follow in the footsteps of Mike Wilson, Terry Fullerton, Oliver Oakes, Tom Joyner, Lando Norris and Danny Keirle.

As well as putting his country back on the top step he also put the Tony Kart chassis back where it belonged for the first time in eight years! With teammates Joe Turney and Pedro Hiltbrand joining him on the podium it only made that champagne taste even sweeter.

Callum was brought in to the team to achieve the objective of World glory and in just ten weeks he did that in the most dominant fashion! An incredible achievement making it a World title win that will certainly be remembered by many for years to come.