Points on the board for Callum at round two 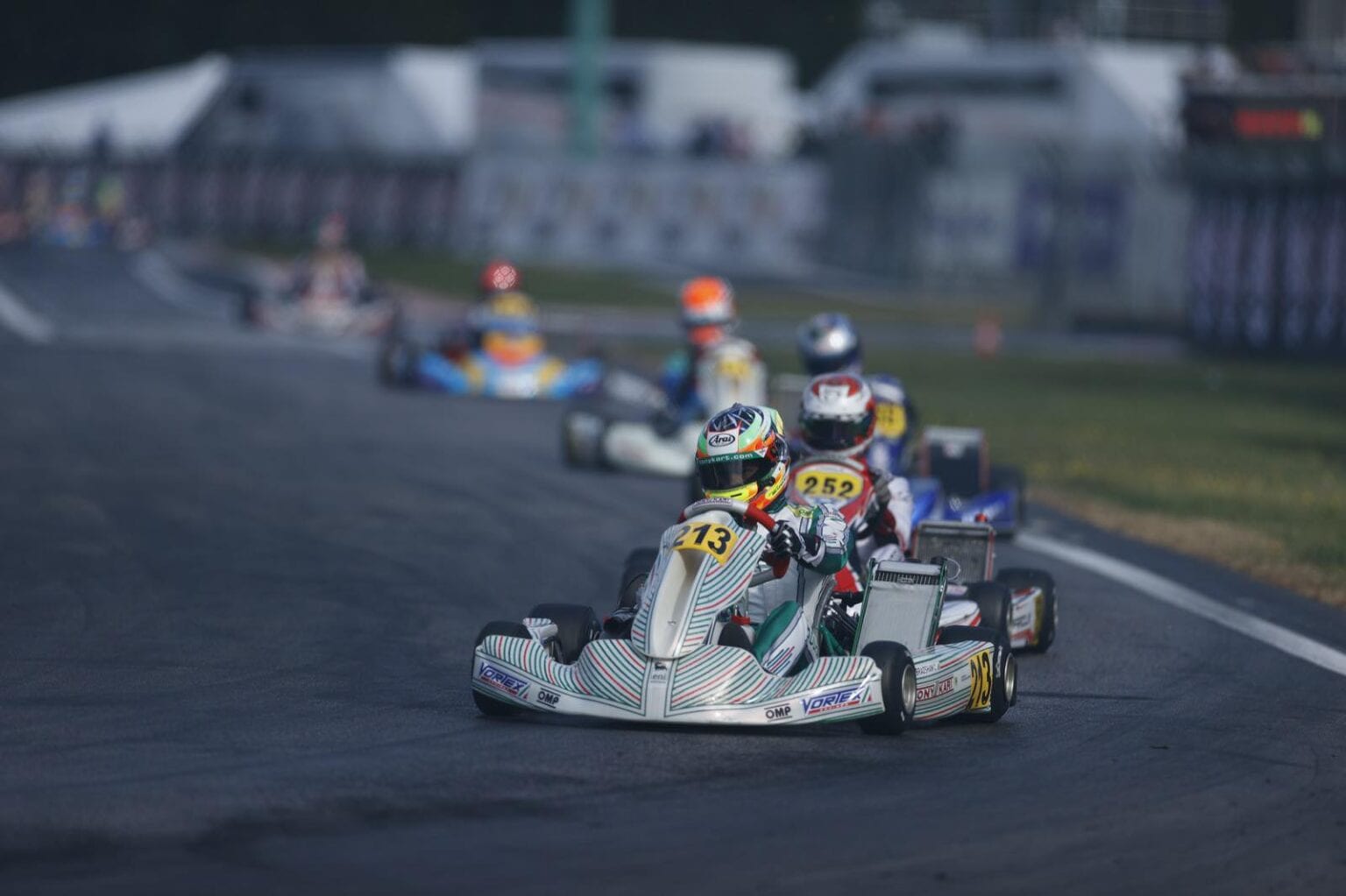 Last weekend saw round two of the WSK Super Master Series take place at the La Conca circuit in Italy. As preparations continue for the upcoming FIA Karting European Championships in May the Super Master Series provides a four round championship to help prepare for the fight for the biggest prize in Karting. After a tricky start to the season Callum was hoping to get some points on the board heading into the second half of the series.

A demanding circuit, the extremely high levels of grip around the La Conca track provide a difficult challenge to all drivers and in particular Callum was hit with problems in qualifying. With an unusual big spread in the field when it came to lap times, Callum found himself caught on the wrong end of that leaving him down the field for the heats.

There was now an uphill battle for the Tony Kart Racing Team driver who would go off row eight for his heat races. In a reduced field full of the World’s best drivers, making progress was not easy but Callum chipped away making a total of 17 places across four heat races to move himself from 40th to 29th at the end of the heats.

Heading into the Pre-Final Callum would start from 15th place leaving him in a dangerous position given only the top 17 qualify through to the main final. Getting through the start cleanly would be the first order of business and after a good start Callum got himself up into 10th place.

The start helped ease the pressure on the Brit who now had 16 laps to hang on to position. Struggling for pace, moving forwards seemed almost out of his control and with a clean race he would have to settle for 10th which would give him his first points of the series and a row ten start for the final.

After an uphill battle all weekend, Callum had the chance to end on a high and make further ground in the final. Fighting in the mid pack, the task was not easy with Callum moving up and down the midfield as drivers around were desperate to gain positions as quickly as possible.

Callum did start to make ground, but unfortunately his race would be brought to an early end after he hit terminal problems just a few laps from the end of the race. A disappointing end, but everything seemed to be against Callum throughout the weekend and it was one Callum could only take lessons from rather than a big trophy.

As the reigning World Champion Callum knows you have to take the rough with the smooth and will no doubt be back fighting again as hard as ever next weekend as the WSK Super Master Series heads to Sarno in Napoli for round three.

It’s a track that Callum has had strong results on over the years and will also be the venue for round three of the FIA Karting European Championship in July.