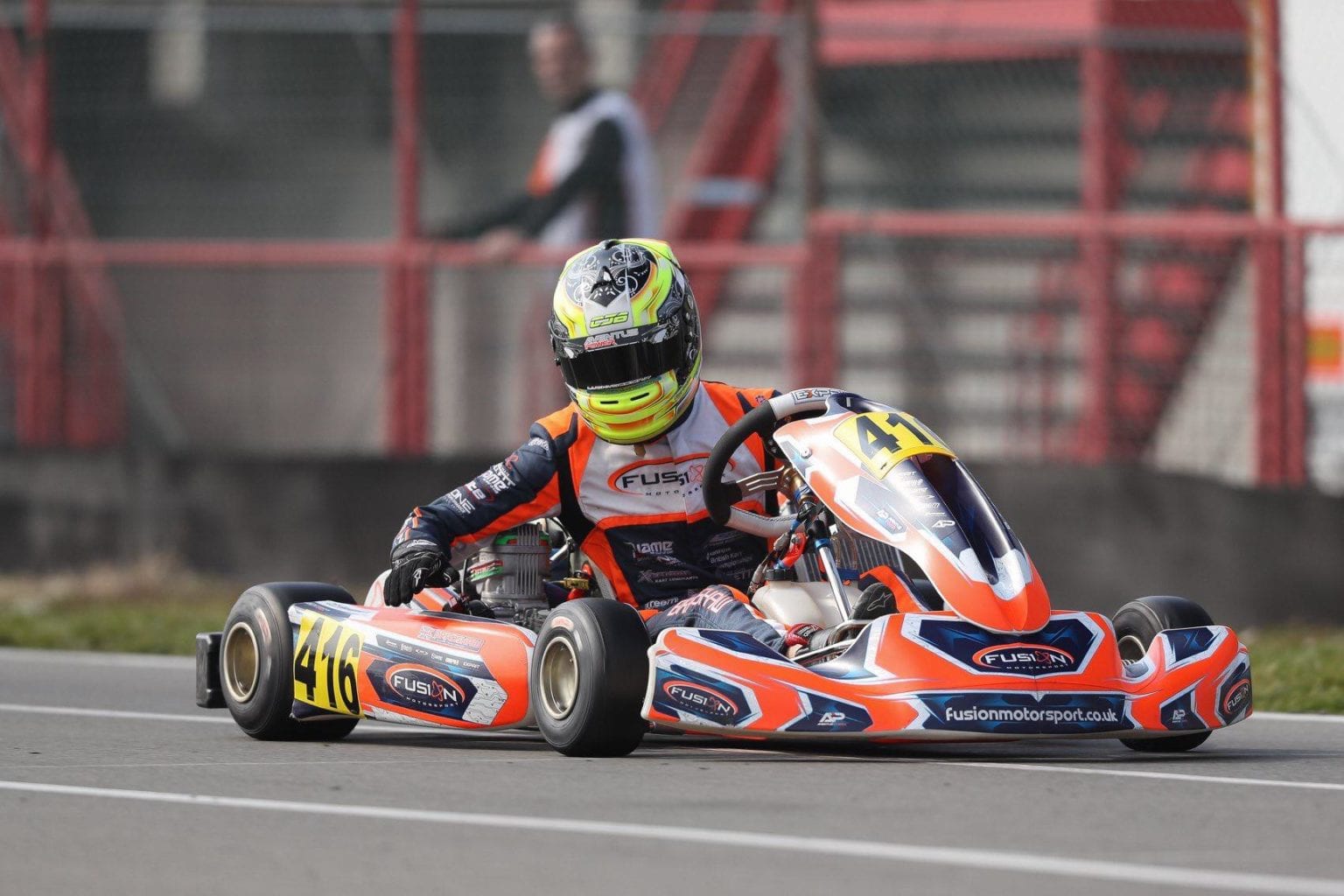 Over the next five weeks I will be looking back at some of my personal highlights from my time in racing. Up until this point I have had a lot of memorable moments and some brilliant results which have helped me get to where I am today. They have been thanks to the teams I have had around me and I would like to use this chance to thank all of those people. It was hard to narrow it down, but these are some that stand out to me the most.

The start of last season saw me team up with multiple championship winning team, Fusion Motorsport who were looking to mirror their success in the Cadet and Junior classes in the Senior class. I would move across from racing in OK to Senior X30 and take on the IAME Euro Series for the first time as well as help coach some of their younger drivers, a job I enjoy doing.

Coming into the first round of the Euro Series at Mariembourg (BEL) I had no practice at the track and not a huge amount of racing experience in the Senior X30 class either. With over 80 drivers on the grid the task ahead was tough, but I had joined forces with Fusion to chase victories for us both.

Finishing 18th overall in qualifying was not an ideal start, but it was not a disaster either and from row four I would take top three finishes in three of the four heats putting up fifth on the grid for the Pre-Final. With championship points now up for grabs the racing became fiercer and after a lengthy battle I would eventually finish in third place.

Now getting quicker and quicker I was confident going into the final and knew getting an early lead was crucial. To lead after just two laps was hugely encouraging and from there I just kept my cool despite lots of pressure to go on and take victory and the championship lead with it!

It was a fantastic feeling to get off to a winning start with the team and do it in the fashion we did! Especially after the work we had put in on the build-up to the season and I knew from there I had made a great decision to team up with them.

Although we would fall just short of the title, it has made me even more determined to win it when the season gets going this year!

I would like to thank Fusion for all their efforts so far and I look for to working with them going forwards.