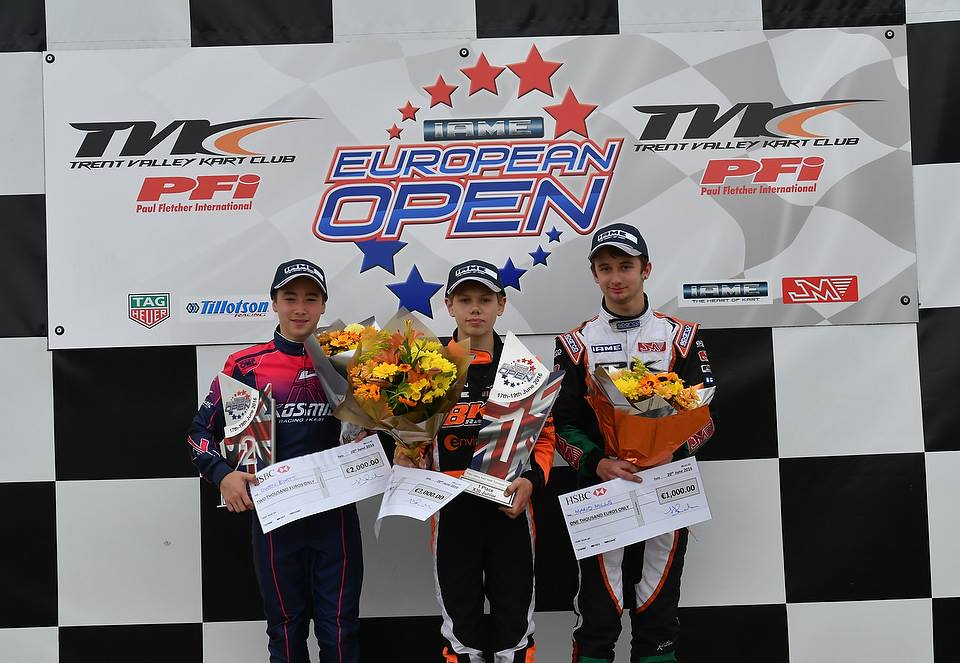 In part four of my top five career highlights I will be going back to a memorable 2016 season and one of the many things we were able to achieve that season. The PFI circuit would play host to the first and only IAME European Open which would see us go on to take victory in the Junior X30 class. Given the size and quality of the field and the title it had, it made it a win that meant a lot to me.

The IAME European Open was an event introduced in 2016 at PFI which ran in June. With no CIK-FIA events at PFI that year it gave an excuse for drivers from around Europe to come and compete at the World-famous circuit for a European title in a one-off race. With Kartmasters (featured in part three) also taking place in August it also felt like a good warm up to that event for some.

Unsurprisingly it saw a grid packed with the best in the country and included the reigning World Champion in the IAME class in David Malukas. Having gone toe to toe with him earlier in the year at the X30 Challenge Europa it was a great chance for Callum to race against the American again.

From the off Callum quickly labelled himself a favourite for the event with brilliant performances in qualifying and the heats. From pole position Callum, would lead the final and quickly got into a rhythm showing similar class to what he had been doing in his FIA Karting Academy Trophy performances.

Even when things appeared to kick off late in the race, Callum showed maturity out front and would take a well-deserved win and the €3000 cheque that came with it! The win would also give Callum his ticket to the IAME International Final at Le Mans later that year where he would go on to finish 2nd on the World stage.

The win at the IAME European Open win sits as a memorable moment in Callum’s career for many reasons. It showed his abilities to win on the big stage and put his name to the top of the X30 Junior field across Europe in many people’s eyes. Most importantly though, it was just another reason for CRG to eventually take him on as a factory driver for the next two seasons.