A weekend to forget for Callum Bradshaw 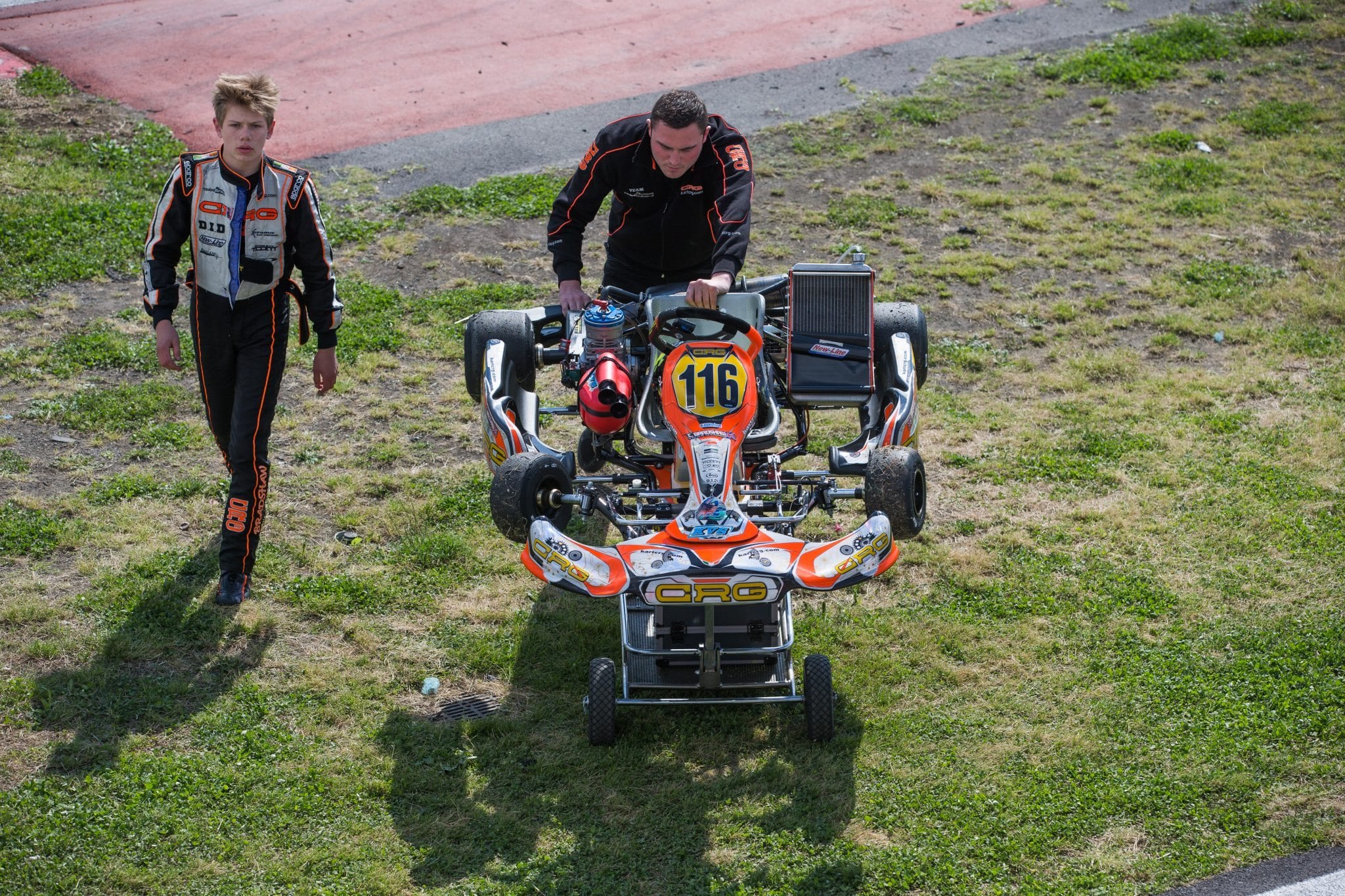 After all the hard work leading up to what is renowned as the biggest championship in Europe, CIK-FIA European Championship, the opening round couldn’t have gone much worse. But Callum is keen to quickly put it behind him and move on with the rest of the championship.

The start of the weekend overall was very positive. In practice Callum was very quick and was in the top five consistently, his best session was the last session on Friday where he was 3rd just 0.056 seconds off the top of the time sheets. The fact he was in the same session as all the seeded drivers made that even more impressive! 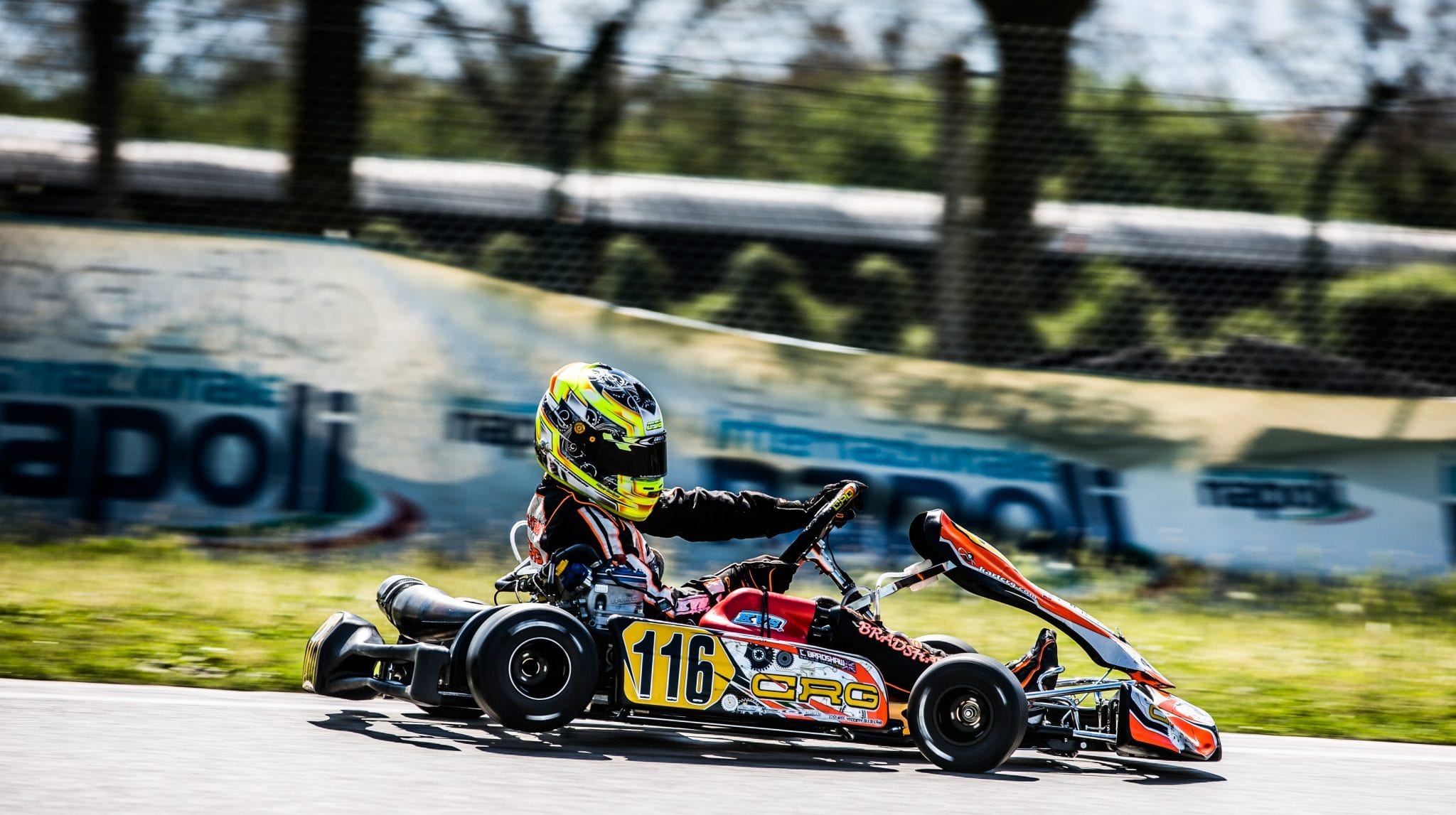 Heading into qualifying Saturday morning confidence was high, but Callum made two minor mistakes on his flying lap which cost him around three tenths of a second and left him down in 27th place. Although Callum was hugely disappointed 27th out of 70 drivers was far from a disaster.

Heat one Callum was back to his pace of practice and from 11th on the grid gradually worked his way through to 6th place. Throughout the race fellow competitor Esteban Muth had been working really well with Callum but came passed with just two laps to go. More pressure from behind was forcing Callum to defend for 7th as up ahead Muth was trying to pass another competitor. As Muth attempted a switch back move just ahead, Callum was defending going into the same corner and just caught the back of his kart. It was a racing incident and a very unfortunate one as it saw Callum finish the race a lap down. 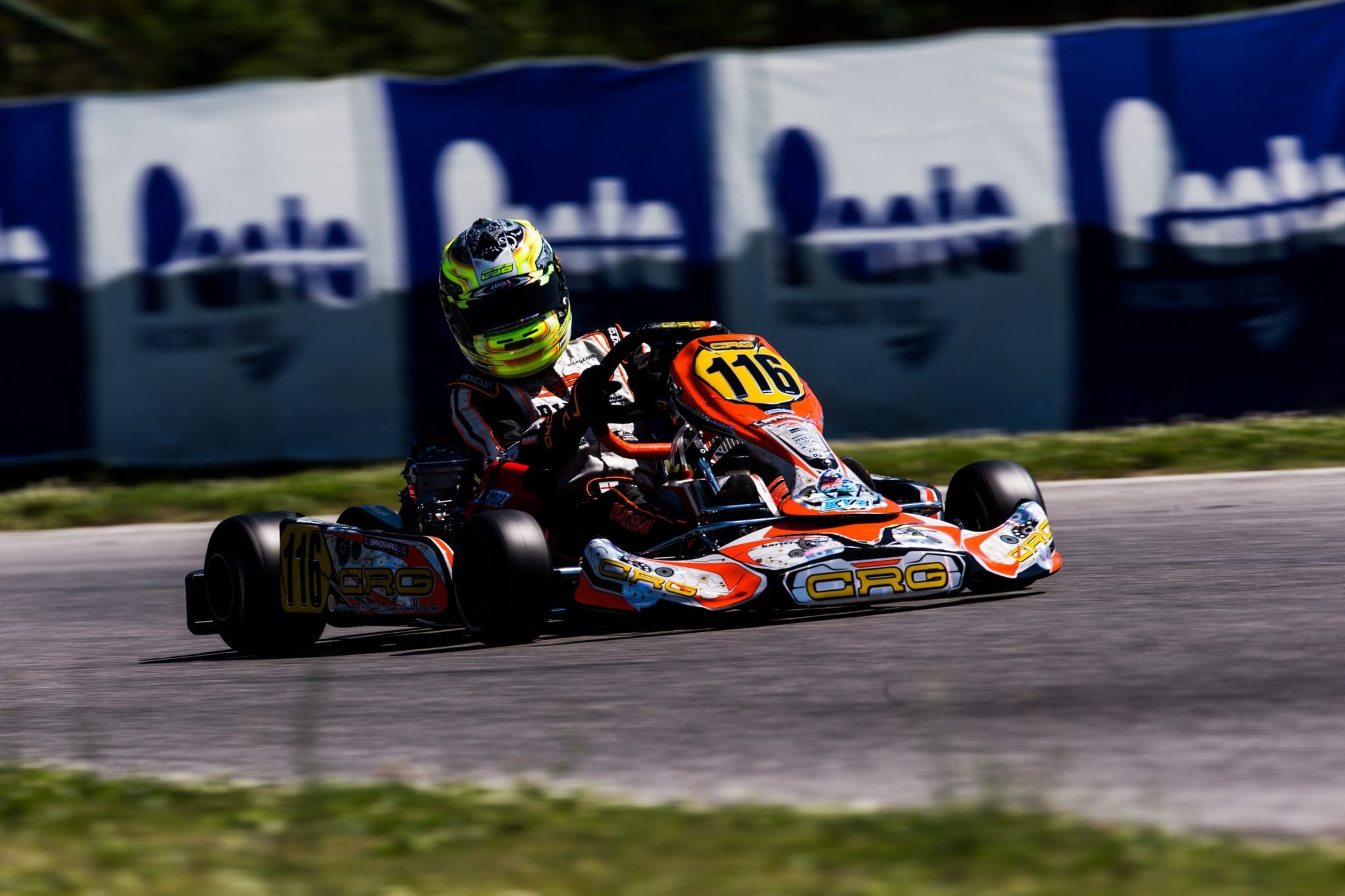 The change to the format in this year’s European Championship format has taken away the repechage and Pre-Finals meaning being in the top 34 drivers after the heats is crucial and mistakes are even more costly than ever before! It was this thought that led Callum to panic and make the mistake he did in his second heat, which saw him disqualified from the event.

It was a real shame as Callum found himself having to watch the racing on Sunday thinking what could have been. But as they it is mistakes where you learn the most and with Callum realising he had made a mistake he will be able to quickly put this behind him and build on it for the rest of the season. 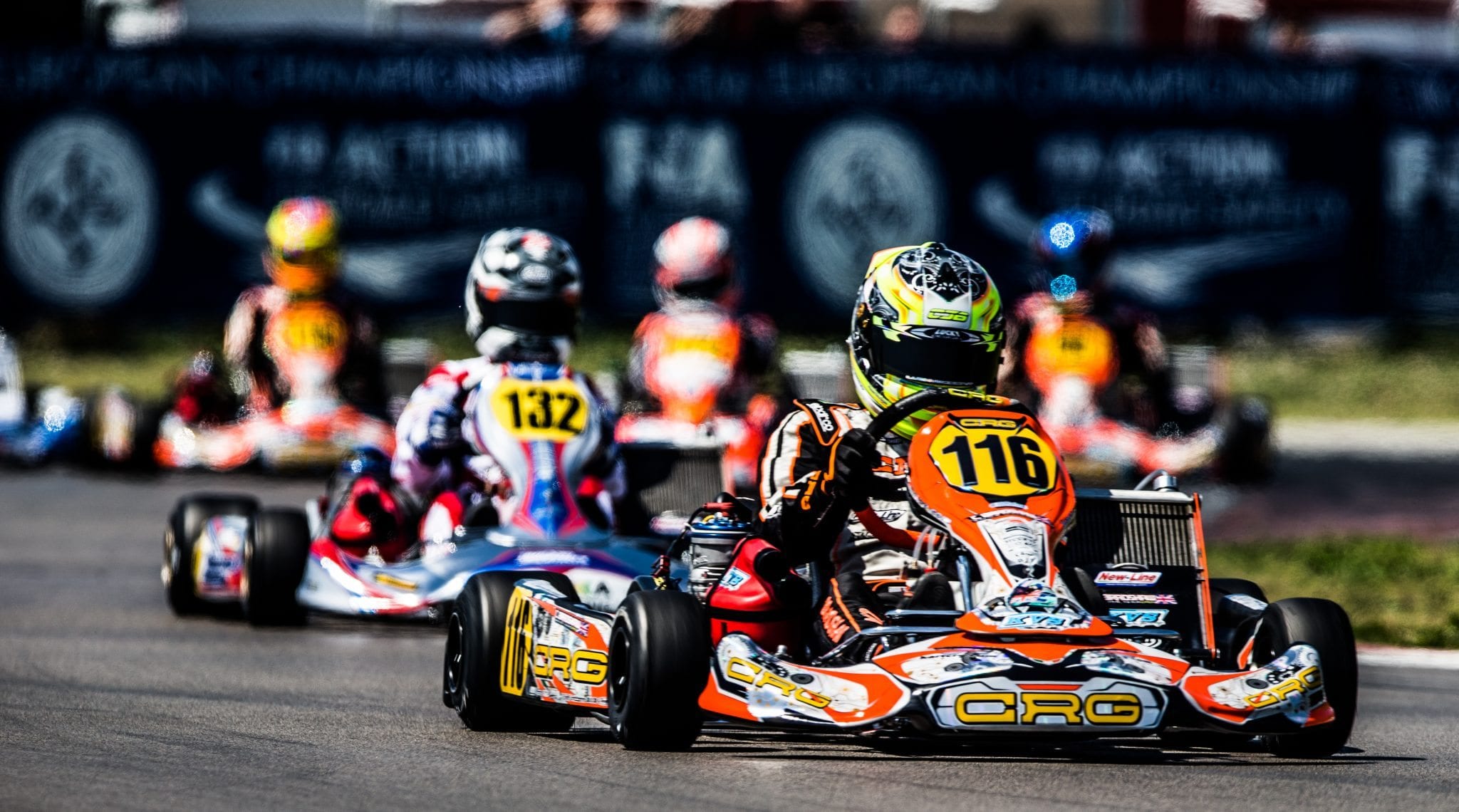 On the weekend Callum commented: “It’s disappointing to have the weekend end as it did, but having had time to reflect I’m already now focussing on the next round. In practice we showed we have the pace to finish on the podium and score consistent points and that will be the aim going forwards as it was prior to round one!”

There is doubts on whether Callum can make round two at the Fernando Alonso circuit in Spain on the 11th of June which could see his aspirations of a title assault finished. That said, this is Callum’s first year in the class and first year racing in the paddock all together. But Callum has not let it get him down and he will be out taking each race as it comes hoping to get good results rather than constantly thinking about championship points.

This should be a healthy approach for Callum going forwards who can focus on his preparation for the World Championship later in the year which takes place on home soil at PF International. 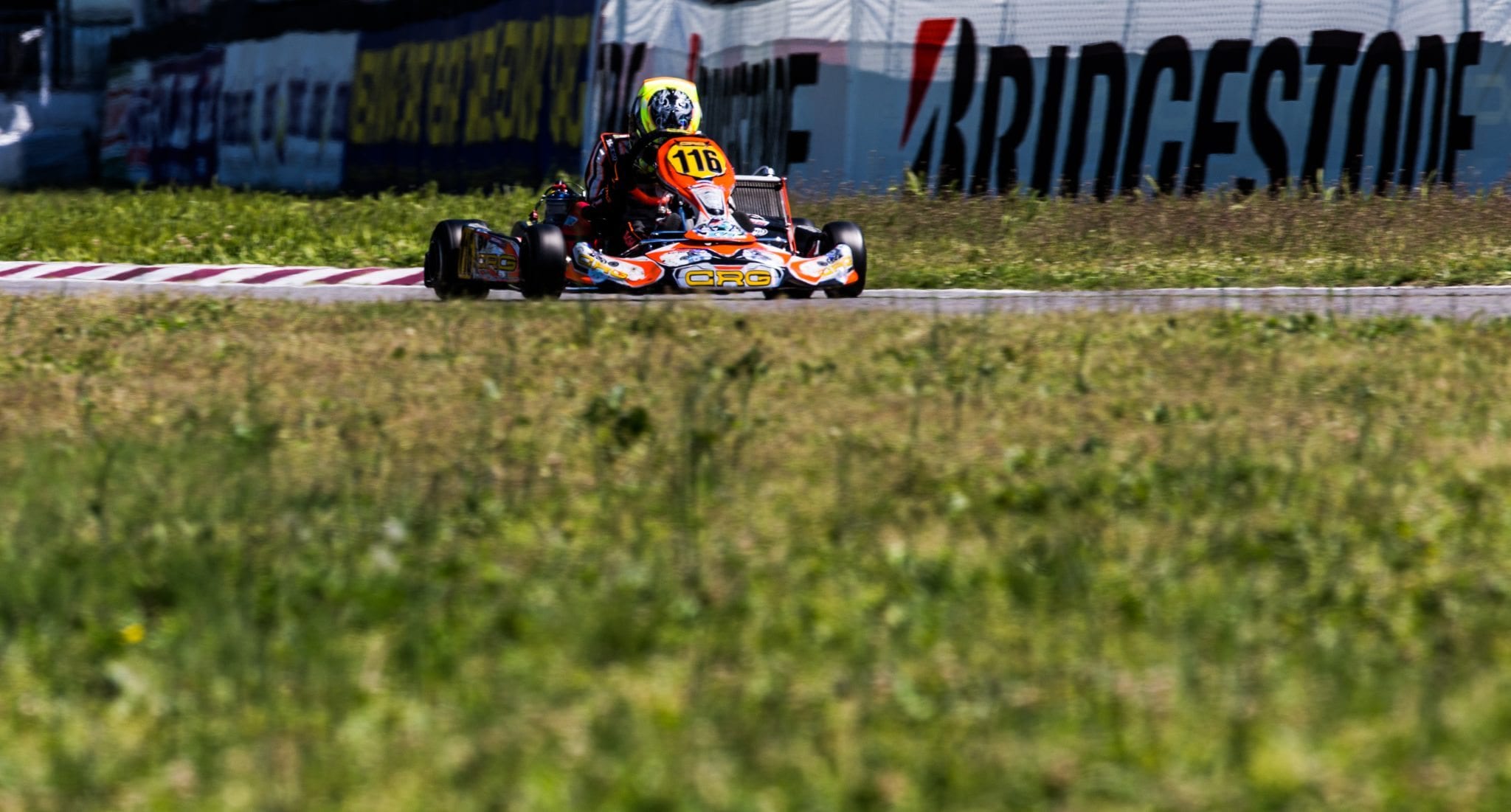